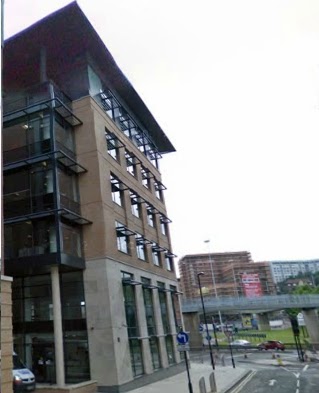 ... fbb is able to bring you an extract from the minutes of a high-level policy and planning meeting held in mid-April. The main topic on the agenda was "Publicity, How to Save Money." fbb has added a few explanatory notes to the published minutes for the benefit of those less familiar with the PTE and its policies. 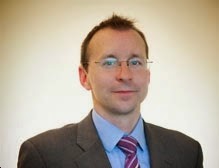 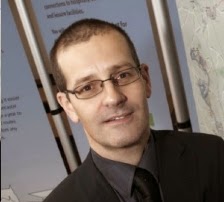 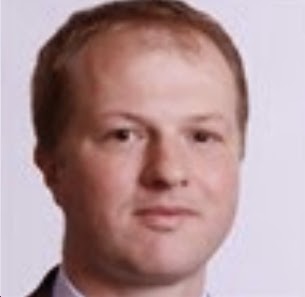 Tim joined the IT department of South Yorkshire Passenger Transport Executive in 1996, having previously had roles in IT consultancy. He is now part of the organisations senior management team and is responsible for the development and delivery of paper and electronic information products as well as provision and support of technology services including systems in use by bus operators. 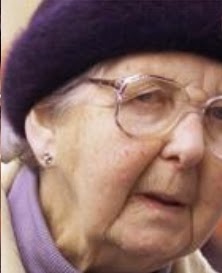 B  Welcome all. Have you brought the survey figures Tom?

D  Now this is from street interviews with bus passengers?

B  So, gentlemen, at a rough glance it would appear we are spending XXXXXXXX (redacted; financial confidentiality) on publicity which is used regularly by barely one tenth of our passengers.

D  It would seem, then, that there are savings to be made. Mrs Tape?

A  Aye your Directorship?

D  Now you travel on the buses, don't you? [sharp intake of breath and mutters of disbelief round the table]

B  So how do you find out what times the bus runs?

T  Don't you use our leaflets, then? [Mrs Tate lives at Darnall] 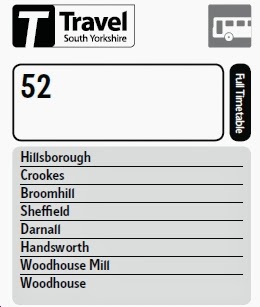 A  Anyroad. Theres ollus one 'long in a minnit, int they? [Pause whilst interpretation is debated].

D  So we agree, in principle at least. We stop printing leaflets and concentrate on other media.

B  Which will encourage people to use the Traveline phone service which costs us  XXXXXXXX (redacted; financial confidentiality) annually. By the time callers have explained their problem and our operators have explained a whole leaflet we should be coining it in.

T  [defensively] Might there not be some backlash from the media?

D  Probably; and there's that awkward [b------- expletive deleted] blogger who keeps denigrating your excellent work, Tam; you've got a point.

B  Brilliant. We'll do just that, Mrs Tite. You deserve a bonus for that perceptive response. Sadly we cannot afford to give you one, budget cuts, you know. But very perceptive, none the less.

A  Nah then thee. I ain't perceptive nu mooer. Doctor giv me them pills.

B  Of course Mrs Tripe, of course?

D  [excitedly] Then, when there are only a few complaints, we can spin the story as satisfying over 90% of our regular customers.

B  Make it 95%; no-one will ever challenge the figures. What's more, the ITA [Intergated Transport Authority; the PTE's political masters] will love it. [aside, sotto voce : might boost our bonuses by a few grand?)

T  Just one small point, gentlemen. [sighs of frustration elsewhere] What about the Partnership? 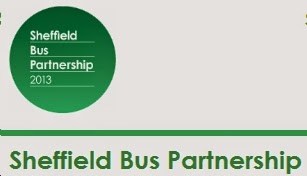 D  Oh, yes. There's something coming up in Rotherham. I don't quite understand it.

D  Maybe if we keep quiet, the operators won't notice. [mutters of approbation from all]

T  The operators certainly won't notice; they're too busy fighting among themselves. [chortles all round] 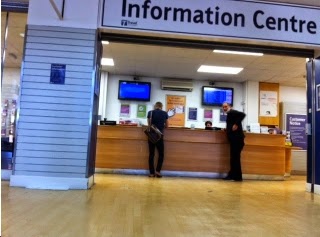 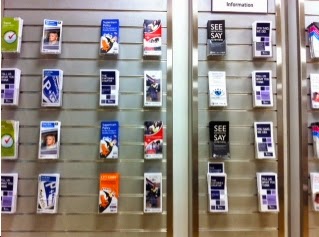 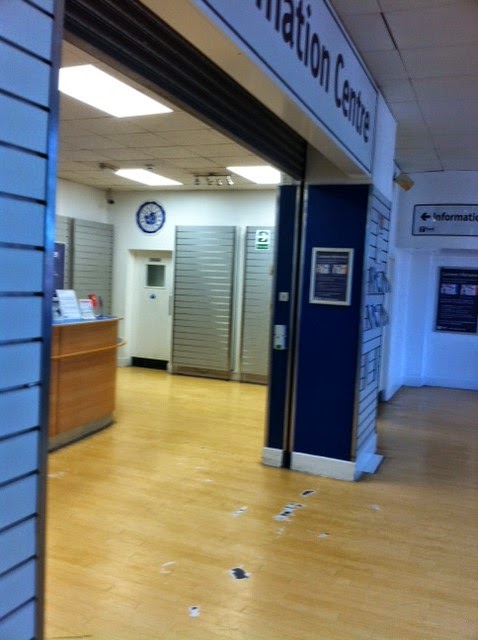 ... the racks, wherein were stocks of timetable leaflets, have been stripped bare. The "experiment", we are told, will last for eight weeks. What next? How about removing all departure lists from bus stops? Switching off "real time" information screens? fbb gathers these ideas are on the agenda for further discussion (?)

fbb's heavily disguised investigator was brave enough to ask for information. How silly; information from an information office! Came back the chorus loud and strong, "TRAVELINE".

So fbb was definitely not joking!

And, so far, it would appear that the partnership was not involved in this decision. 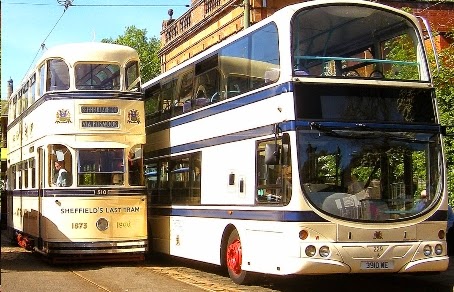