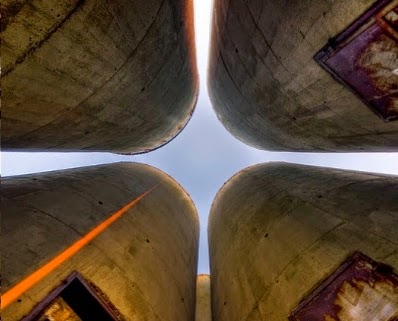 The A78, a continuation of the A8/M8, has been upgraded over the years to provide better access to the huge Inverkip power station and the developing high-tech industry in the Spango Valley. 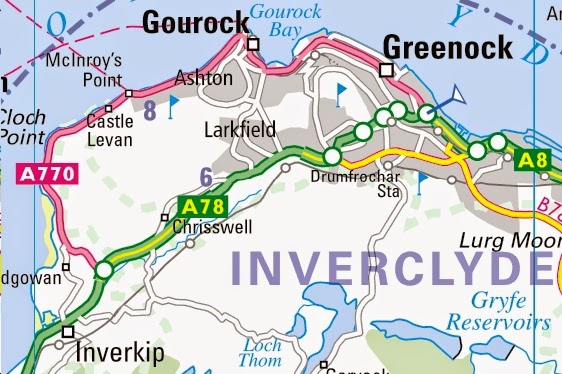 But the fbb's late running service 901 cannot speed via the Inverkip by pass ... 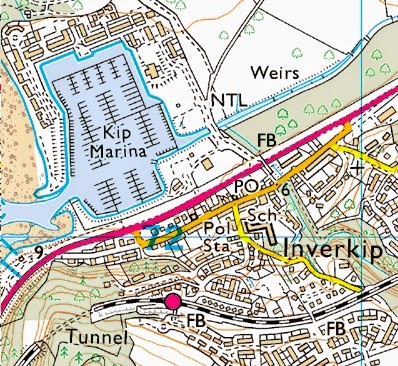 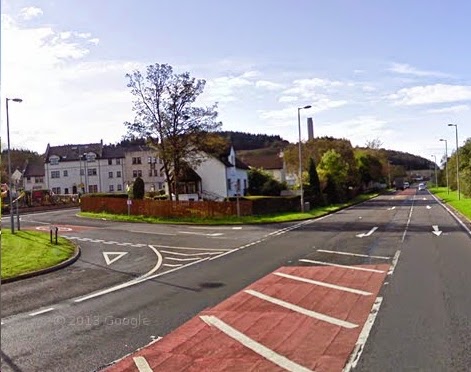 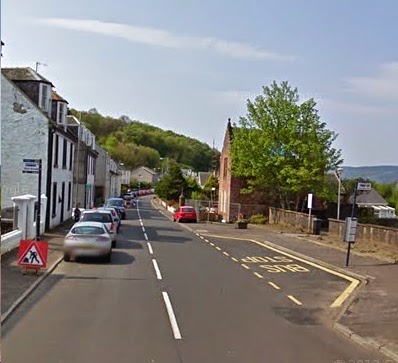 After setting down at all three of the village stops and picking up at two of them, we can rejoin the main road ... 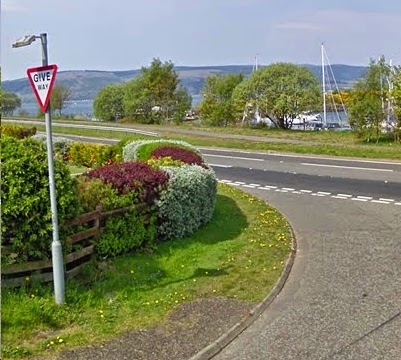 ... and resume high speed travel! Almost immediately, on the right, we are due to pass the power station. 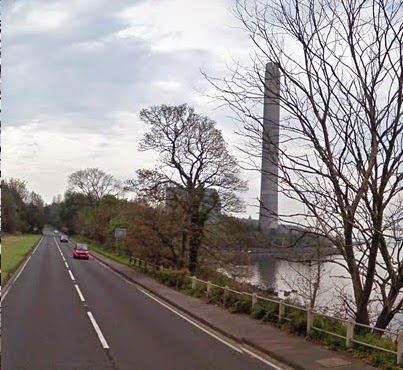 Inverkip power station is an oil-fired power station in Inverclyde, on the west coast of Scotland. It is actually located closer to Wemyss Bay than Inverkip, and dominates the local area with its 778 ft (237 m) chimney, the third tallest chimney in the UK and Scotland's tallest free-standing structure. In common with other power stations in Scotland it has no cooling towers; instead, sea water is used as a coolant. The station consists of three generating units with a combined total rating of 2028 megawatts (MW).


Only there it was, gone! In fact, by the time it was built it was deemed out-of-date and uneconomic and only ever used during the 1973 miners' strike. It was kept in working order for use in emergencies and peak back-up, but there never were any! So, last year, in February, what was left standing after spares bits were recovered for use elsewhere, was demolished.
And we all enjoy a good blow-up video! So here's another. This time it's the chimney in September 2013.

All gone; and a huge waste of taxpayers money; it had cost £200 million to build and yet more millions to keep in working order! But that's why fbb failed to spot it as he flew past at high velocity; it wasn't there any more.

For the record, Inverkip has a railway station, once splendid with two platforms ... 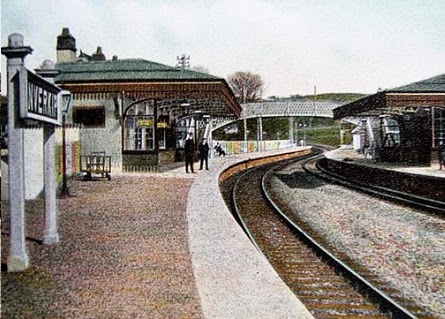 ... but now reduced to unstaffed bus shelter. These views are looking north towards Greenock. 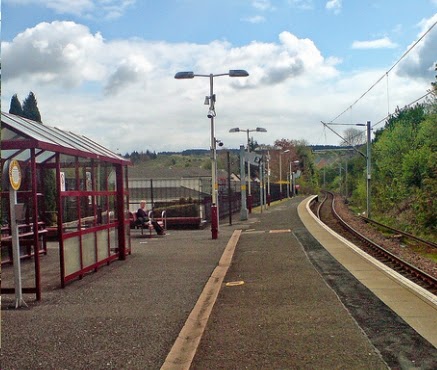 The disused platform lies in the undegrowth to the right. The station did gain an extra facility; namely a splendid footbridge and lift ... 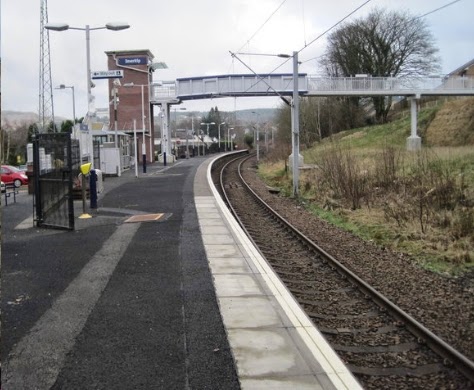 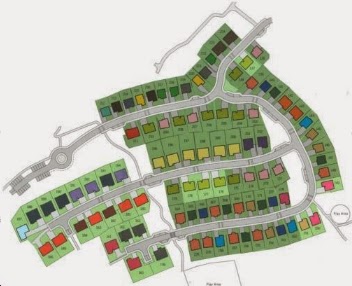 The developers, Stuart May Ltd, paid for the new bridge; or perhaps we should say that the new property owners will pay for the new bridge! Station-watchers will be excited to know that this is one of a very few unstaffed stations in Scotland to have a lift. So you must rush out and ride on it!

Running southwards, the line passes through a short tunnel ... 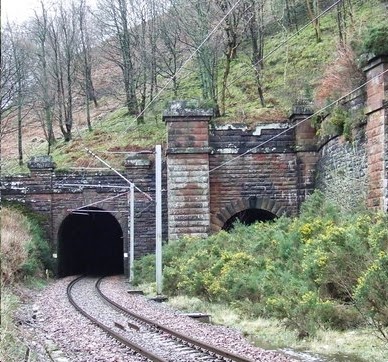 ... and then in cutting alongside the main road before terminating at Wemyss Bay. 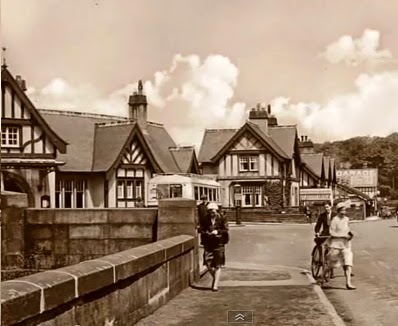 Meanwhile, fbb's speedy and late bus passes through Wemyss Bay and Skelmorlie before arriving at Largs just 6 minutes late. Now, IF the bus was due from Gourock at 1550 and thus 17 minutes late, making up 11 minutes on a 33 minute run would be remarkable, miraculous indeed. Sadly (?), once back at his East Devon base, fbb discovered that it was his timetable leaflet that was out of date. (Thanks Largs tourist office!) This means that 7 minutes late at Gourock was turned into 6 minutes late at Largs, just one minute of made up running time.

In view of the speedy journey, one is forced to ask whether McGills schedule is simply too tight?

And that mystery picture at the head of this post? 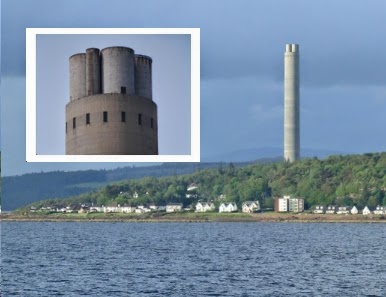 It was, of course, a view upwards through the four giant chimney "pots" at the top of the power station chimney "stack".

Tomorrow we plan to go racing!