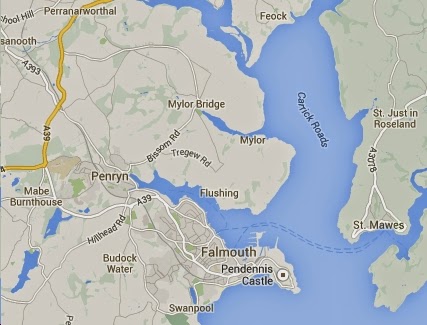 Penryn (Cornish: Pennrynn, meaning 'promontory') is a civil parish and town in Cornwall, England, United Kingdom. It is situated on the Penryn River about 1 mile northwest of Falmouth. The population is ovetr 7000. Although latterly overshadowed by nearby Falmouth, Penryn was once an important harbour in its own right throughout the medieval period exporting granite and tin. 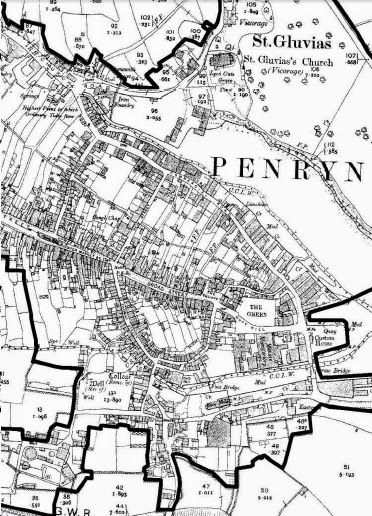 fbb was researching some journeys by bus and train for a chum.

There once was a bus in Penryn
Oh, what a state it was in!
The stop, Penryn Spar
Don't know where you are;
The bus, where it goes, where it's been

First Bus runs most of the services in and around Penryn and a typical timetable offers several time points for the town. 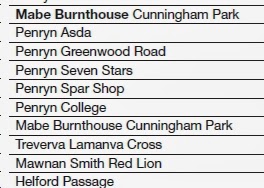 One would guess that ASDA is not in the centre; likewise the College; which leaves Greenwood Road, easily identified via Google Maps (top left) ... 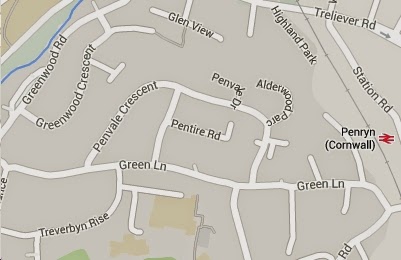 ... and Streetview as some distance away. 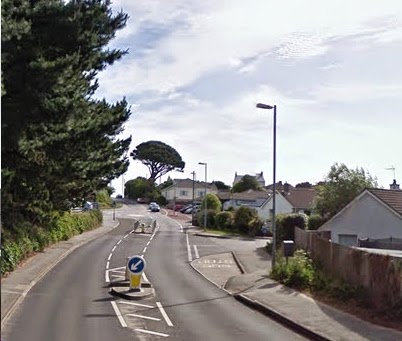 The maps that come with First's leaflets are too small a scale to identify particular stops ... 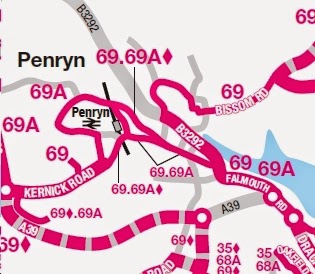 ... so we need to search a wider canvas for the two remaining locations, namely Seven Stars and Spar. Google helpfully offers us a Spar shop in Penryn ...

Most bus routes call at that store,
But which store will you look for?
"Spar" is in Texaco,
But not where the buses go!
Information really is poor.

... lurking at the back of a Texaco garage on Church Road and only served by route 69. Of course it may not be there any more; Streetview is not updated frequently. Church Road is the B3292 on the map extract above. 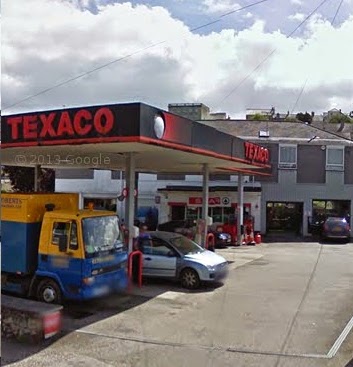 That would be OK, but lots of other routes call at Penryn Spar Shop ...

... on journey TO Falmouth. The other "Falmouth" location is Seven Stars which would appear to be served on journeys FROM Falmouth.

But none of these routes operate via Church Road and the "Spar Shop" in the Texaco garage!

So there is, perhaps, another Spar shop opposite or near the Seven Stars pub. But a Streetview search reveals the pub on Broad Street but no sign of a second Spar Shop.

When travelling hopefully with First,
Your opinion may well be the worst.
"Shop's now Costcutter!"
The locals will mutter,
"Not Spar." So First will be cursed. 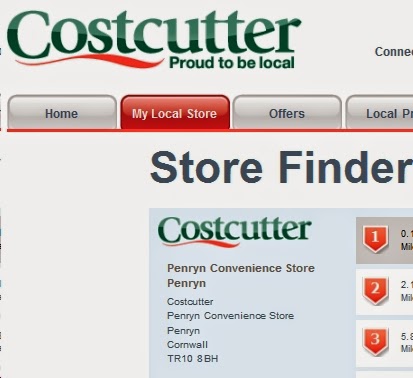 The stop opposite the pub has changed hands ... 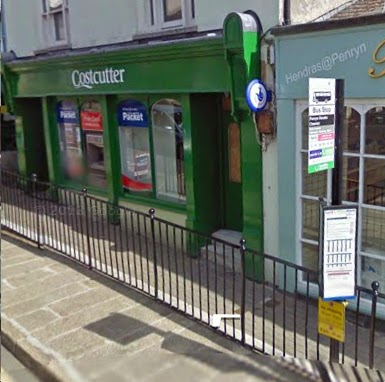 ... but this earth shattering event has by-passed First bus' timetable compilers and their computerised system.

The answer is not kit 'lectronic;
Computers are very moronic.
Send out the inspector;
When each stop he's checked 'er,
It'll be so much better - a tonic!

There is always an inherent danger in naming stops after pubs, post offices and shops; as all three categories are wont to change names or lie down and die. Far better to use a name that won't change, in this case Penryn Broad Street for both locations, and possible confusion is eradicated. Every effort needs to be made to make bus travel easy; the use of confusing or out-of-date names has a negative effect on potential passengers!

To make sure all buses are punc
Tual, timetables should not be junk.
Because, if they are ...
One had best buy a car!
Or at the Seven Stars, just get drunk! 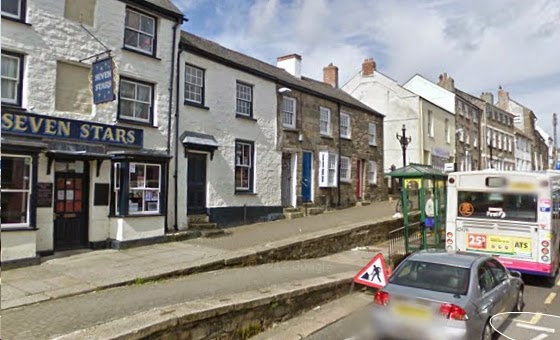 There will be more from Largs next week. Yesterday, fbb celebrated his last afternoon in Largs with an ice cream. As a little end of holiday teaser, fbb invites his readers to guess the flavour. The colour on-screen (the bit not in shadow) is a realistic representation of the real life tint. 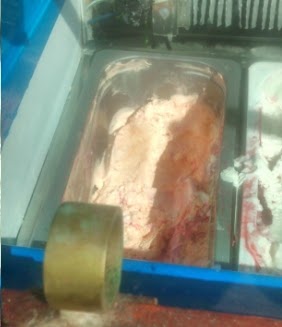 And remember, this is Scotland! Answer tomorrow!