Dismal to Dunoon : Delightful or Depressing? [1]

The weather was dull and dreary on Monday 13th May, the fbb's second day in Largs. Seeking an excursion in the dry, they set of on a big adventure, a sail to Dunoon. How's your geography? 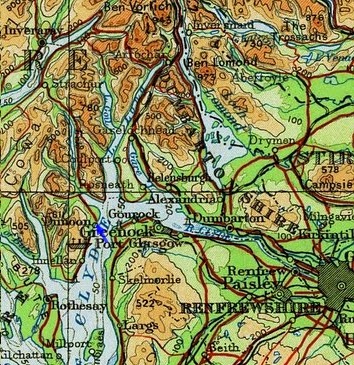 Dunoon (blue arrow) is on the Cowal peninsula, part of mainland Scotland but accessed by a very long-way-round road from Glasgow, bottom right. So for countless generations, the usual route is by boat. Indeed, Dunoon was one of the popular days out from the Scottish capital. Thousands would flock in dozens of ships from several competing companies. This picture of the pier at Dunoon is typical, and is from about 1900. 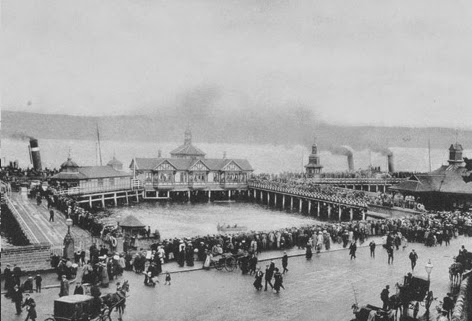 Even in recent history, the route was by train to Gourock then by big boat. Here is the departure terminal from the air, probably in the 1930s. 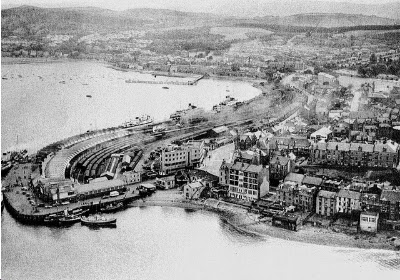 The terminal and shipping buildings separate the platforms from the boats and the quayside. It was a busy and exciting place ... 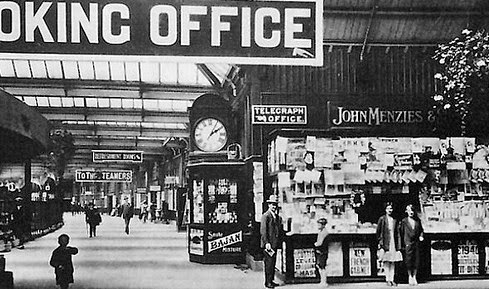 ... for work-worn Glagow folk as they travelled from the grime of heavy industry into the blissful bright and breezy seaside and mountain glory that is the Clyde Estuary.

A more recent aerial shot shows the decline as it progresses. 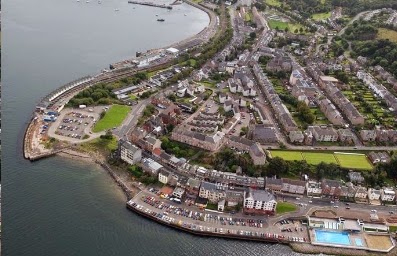 The ferry service was adapted to prioritise the all-conquering motor car with a massive linkspan accessed from Tarbet Street, seen top centre in the photo above. 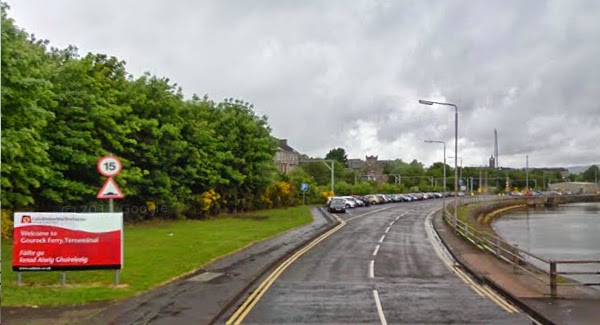 Incidentally, Tarbet Street is still "officially" a main road, numbered A771 by the erstwhile Ministry of Transport. It was allocated an A number as it was part of a through route (via Ferry) to Dunoon. Now it leads to a car park!

Back to the ferries. All was well until an interloper entered the car ferry market. 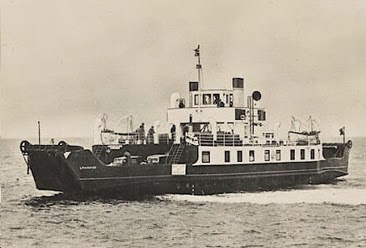 ... joined the service as Sound of Sanda. This crossing was much shorter than the parallel Caledonian MacBrayne route. Although CalMac's vessels were considerably faster, their longer route meant that both operators took around 20 minutes to make the crossing.

Newer vessels now operate every 15 minutes at peak time from much enlarged terminals, as here in an aerial view of McInroys Point. This terminal is a couple of miles to the west of Gourock town centre and the traditional pier. 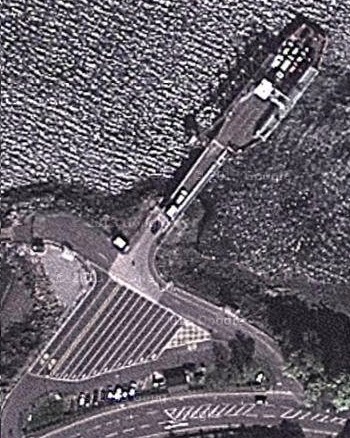 In June 2011 the big Caledonian MacBrayne [CalMac] car ferry service was replaced by a passenger only service. The operating company, Argyll Ferries, was formed specifically to tender for the replacement service. It won the tender despite being a wholly owned subsidiary of CalMac. 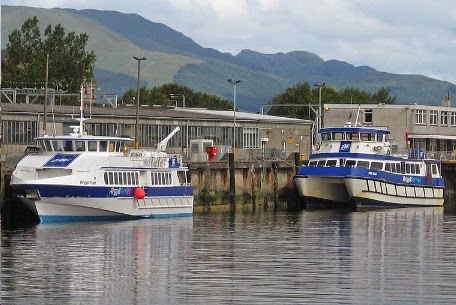 There were immediate protests from locals that these little bathtub boats would not be able to cope with the oft-changing Clyde weather.

In November 2011 the service suffered 88 weather related cancellations, with 138 such cancellations in December. Figures indicated cancellation or disruption of 3.6% of sailings since July. In response to complaints from passengers, the Scottish Government cabinet secretary Alex Neil said the service was "not fit for purpose" and said he had asked the company to produce an improvement plan. In March 2012 Argyll Ferries announced performance figures for February and March. They stated that the service had been very reliable contractually, showing good punctuality, and said that passenger numbers were beginning to increase.

In April 2012 the service cancelled 99 sailings

Meanwhile in 1999 plans were announced to shorten the railway line and build a new station further back using the land released for development. 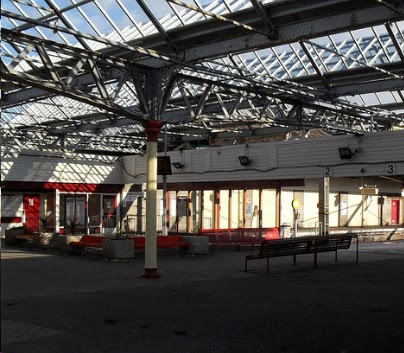 By 2010 the station was in a poor state and something had to be done. Substantial sections of roof were removed and a smaller ticket office and waiting room replaced the previous entrance, but roughly on the original site.

The results can be compared with the aerial photos above. 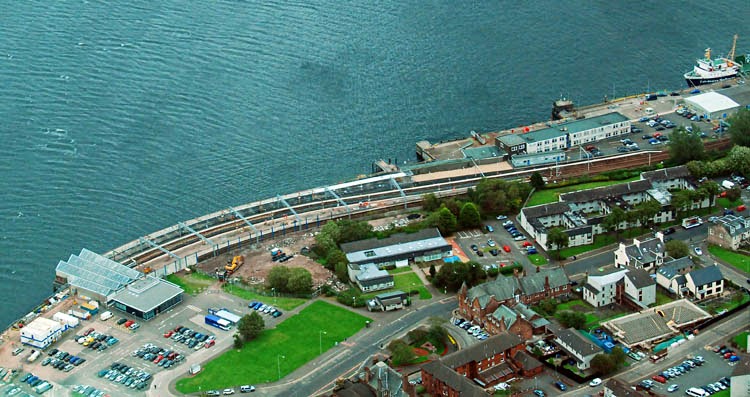 The development plan is still "on the table" and discussions are "ongoing".

Thus is was with a mixture of excitement and trepidation that the fbbs set off from Largs, in a strange intermingling of rain and sun, to try out the service for themselves.

And by way of a P.S.; Scotrail's summer timetable (2014) shows an improvement in the rail service to Gourock. Previously there were two all-stops trains and one semi-fast, with one taking the branch to Wemyss Bay. This year we have four trains to Gourock as shown below. 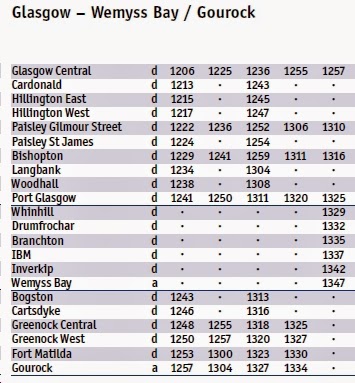 The "fast" trains are scheduled to connect with the half hourly ferry service.

Next bus/ferry blog : Thursday 22nd May
Posted by fatbusbloke at 02:00