But first, a bit of culture!

A quote from an oft-forgotten epic poem by Sir Walter Scott. 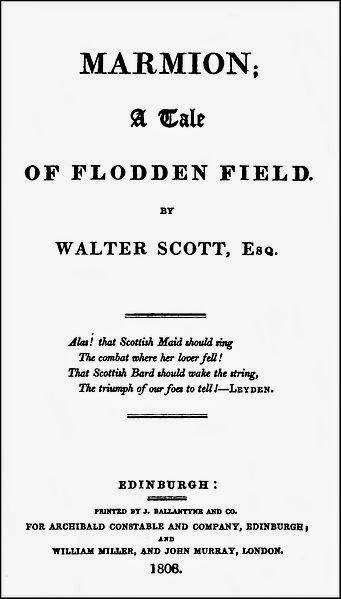 Marmion is an epic poem about the Battle of Flodden Field (1513). It was published in 1808. In 1807 Scott practised manoeuvres with the Light Horse Volunteers (formed to defend an invasion from France) in order to polish his description of Flodden. Marmion was finished on January 22 and published on 22 February 1808 in a quarto first edition of two thousand copies. This edition, priced one and a half guineas, sold out in a month.

Or a quote from a less well-known epic in Milton Keynes. 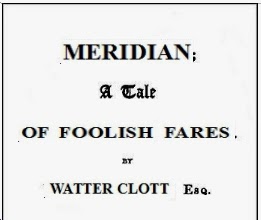 Before Meridian's "legal team" get in touch, fbb stresses that the progenitors of the alleged deception will be revealed in Episode 2! To continue ...

In June 2013 an odd announcement appeared on the Great Linford (Milton Keynes) web site and elsewhere. 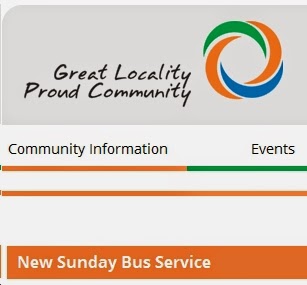 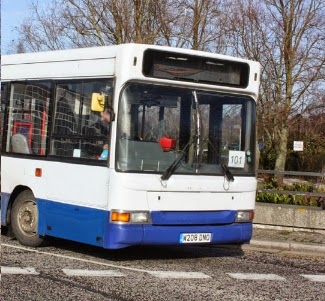 A question for our readers. When did you last hear of a bus company starting a commercial unsubsidised Sunday service? And in a largely rural area?

Meridian came to fame in Northampton when it started a service between the town and Kings Heath estate in competition with the ailing First Bus. This service (route 31) still operates but now competes with Stagecoach. A service 29 has been recently added in the town; also a Sunday service 20. The company has toyed with other Northampton rural services, none of which have lasted.

Then, a few weeks back, the company announced its onslaught on Milton Keynes with service 321, being a Monday to Saturday expansion of the former Sunday only 101. The new service started on Monday 28th April. 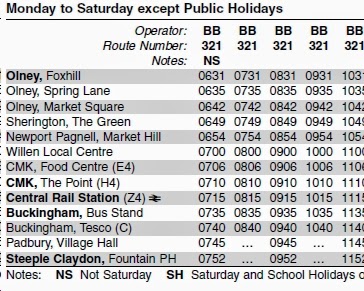 Buses ran cross-city and on to Buckingham, continuing to the picturesque (but low bus usage!) villages of Padbury and Steeple Claydon ... 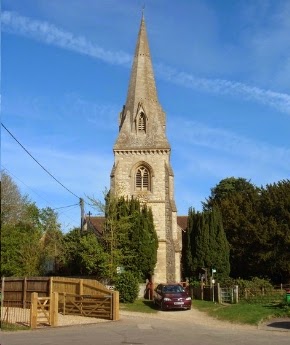 This apparently altruistic project surprised bus watchers because the new route would compete with several other services. Redline's 21 (hence Meridian's  321 number?) runs to Olney and Lavendon ... 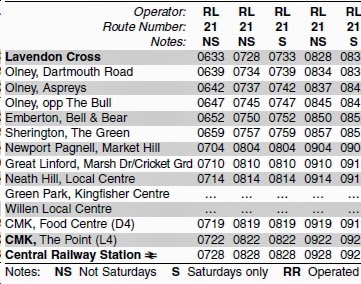 ... whilst Arriva's 32 serves the rural route to Buckingham.

Passengers from central Milton Keynes to Buckingham also have the non-stop Stagecoach X5. 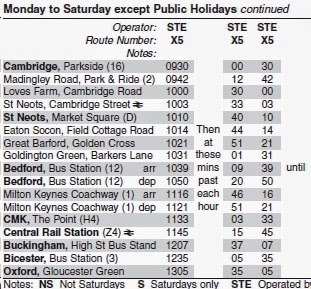 So Mr Meridian was taking a big commercial risk.

The 321 timetable has columns headed "BB" which stands for Britannia Bus, a company with its headquarters at Carleton Colville near Lowestoft. This from a local blog:- 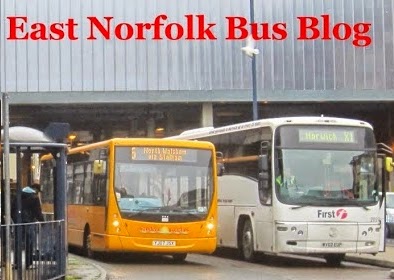 Britannia Bus Limited of Carlton Colville in Lowestoft have registered a service operating between Olney Market Square and Steeple St James. The 321 Monday to Saturday service will operate via Milton Keynes with effect from the 28th April 2014

Or is it Carleton Colville? 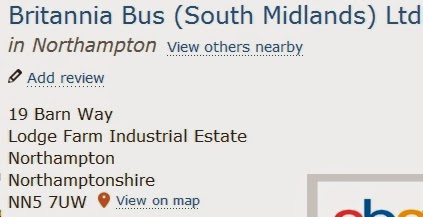 And one of the Meridian web sites gives its company address as:- 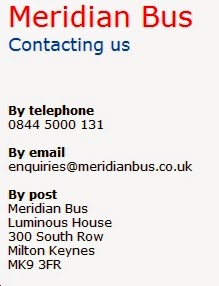 This is one of several addresses used by Meridian over the years. 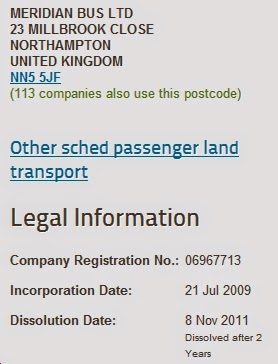 Note the entry at the bottom of the above graphic. 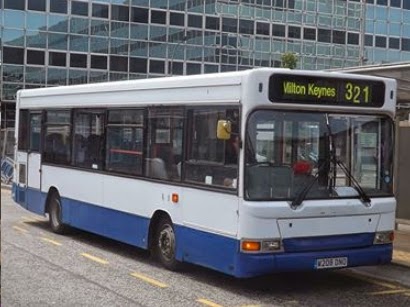 Tune in tomorrow for another exciting episode.

P.S. For those who like to know these things; the bus above began its life with Stagecoach London ... 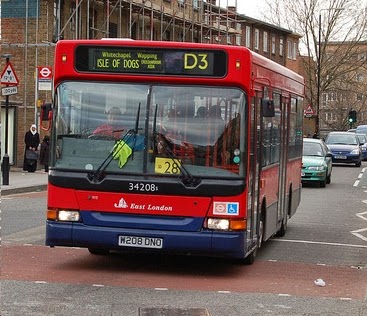 ... then various other operators in the West Midlands and North East England before joining the Meridian collection. 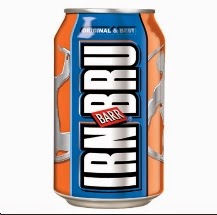 What else? There's also an Irn Bru lolly ... 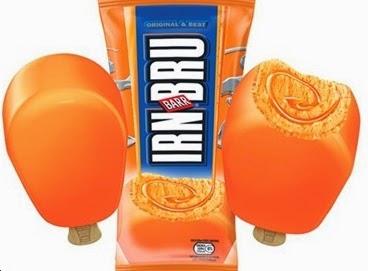 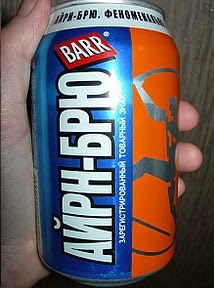 And the last word? 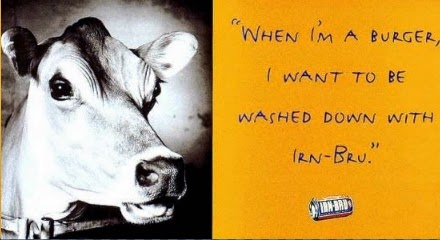