... Traveline : and a surprising conclusion.


fbb's lorry-driving chum, David, has spent an unproductive jour férié in his cab in Vesoul sheltering from the rain. But an afternoon trip to the stations, both bus and train, gave some indication of public transport facilities in and from the town. The network has the usual excellent map, of which the route of the D1 is typical. 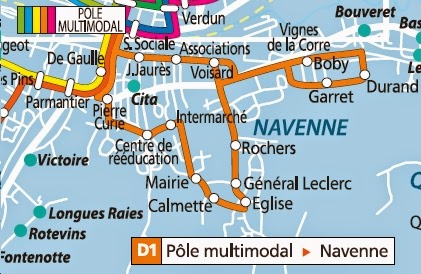 Navenne is a rather sparsely populated suburb which, in the UK, would not warrant a bus service at all. 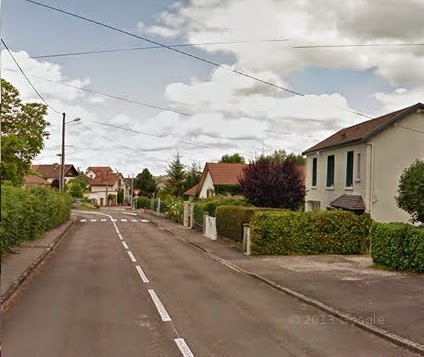 As is usual in France the Saturday service ...

... of seven journeys also runs of non schooldays. The schoolday frequency is better with ... 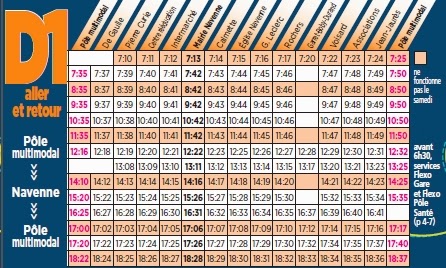 ... 14 trips with almost an hourly pattern for most of the day. [click on the timetables for a more legible size] Again, odd frequencies are always a feature of French bus travel. Fares are, as usual, even cheaper than chips.

Note that a monthly season is just €20 (£16.40) which makes a day's travel approximately 63p remembering that there is no Sunday service. There are even bigger discounts for annual tickets.

Wikipedia tells us that "Keolis is the largest private sector French transport group. It runs passenger railways, tramways, bus networks, funiculars, trolley buses, and airport services," but goes on to remind us that the majority shareholder is SNCF, the state-owned railway! The vehicles are modern, in good condition and painted in a rather staid blue livery. The standard bus was manufactured by Heuliez as in the midibus version below ... 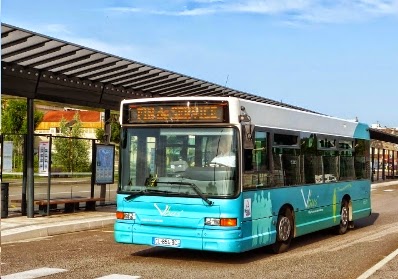 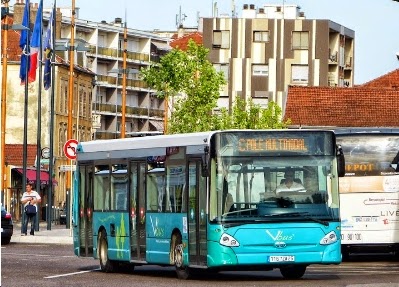 These typical motors are now being replaced by Mercedes Citaros.

But it's when we start to look at rural and interurban services that the problems begin. fbb has never been an enthusiast for Traveline (really? we would never have guessed!) but the regional sites usually have a link to timetables. Here it is possible to type in a place name ... 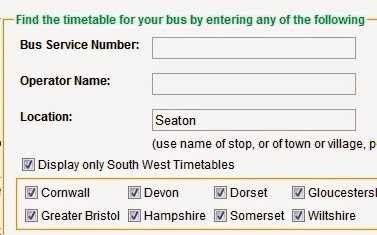 ... and get a list of all routes that serve that location. 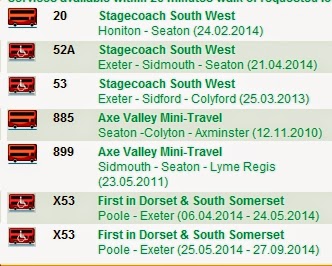 Such a luxury is not a straightforward process for Vesoul as we shall see in due course.

By comparison Traveline, as a source of timetables, is pure bliss although the words do stick in the fbb throat as he thinks them!

Next bus blog : Saturday 10th May
Posted by fatbusbloke at 02:00