The MP speaks out! 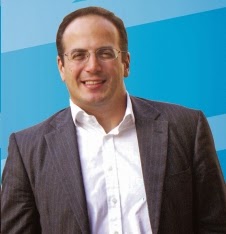 We are justifiably proud of our British Constitution and Parliamentary heritage; and equally respectful of the work of all our MPs ... 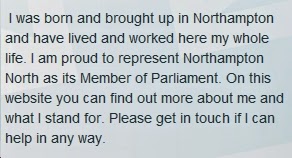 
Michael Ellis' claim to parliamentary fame are numerous. First and foremost he claims to be Prince of Potholes. 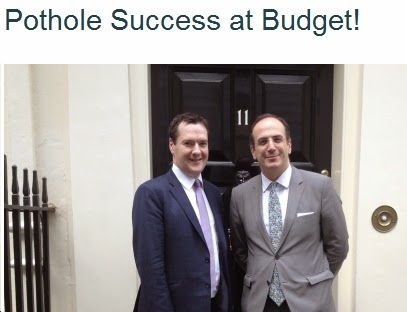 The Chancellor of the Exchequer, George Osborne MP, announced in his annual Budget speech in the House of Commons that my long campaign to get more money for Northampton North has persuaded him. Northampton can now apply to receive millions of pounds in extra money from HM Treasury in order to combat potholes and improve the state of our roads.

In the Budget speech the Chancellor said: “My Hon. Friend for Northampton North has been a very persistent campaigner for resources to repair potholes in his constituency and across the country. This persistence has paid off and I’m making £200 million available which local authorities can bid for and I trust Northampton will be making an application.”

So, our caped pothole crusader has obtained loadsamoney for North Northampton? Erm, not quite. Northampton (north and south!) may apply for some but there is no guarantee they will get it.


Ellis was responsible for organising a gift for Her Majesty Queen Elizabeth II from both Houses of Parliament of a stained glass window of The Queen's Coat of Arms funded entirely by current Members of Parliament and Members of the House of Lords. 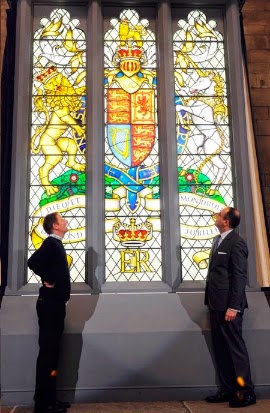 Ellis was also responsible for organising the planting of a Red Windsor apple tree on Speaker's Green at the Houses of Parliament. 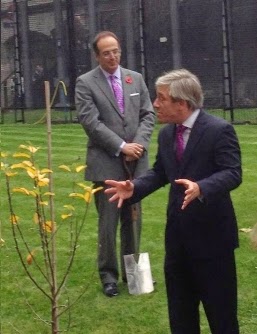 Such notable achievements will obviously qualify MP Ellis to speak out on matters concerning Public Transport, particularly that in Northampton and significantly the vexed matter of the new Northgate bus station.

Our Northampton correspondent, wearing his "Bus Users UK" hat, has been monitoring complaints and concerns about the new facility; and has provided fbb with some salient extracts from a letter from Mike the Magnificent.

fbb has grouped his words of wisdom under three headings:-

I think it is fair to say that many people found Greyfriars station (whatever time of day) to be dark, malodorous and intimidating.

Spot on, honourable member. BUT! It was dark because its owners wouldn't upgrade the lighting; it was smelly because it was dark and, at times, attracted the less well-cleansed members of society, but mostly because it was inadequately supervised and inadequately cleaned. A good coat of paint and an upgrade by its owners could easily have overcome these problems. The owners, of course, are Northampton Borough Council!

In my opinion the downsides of the new arrangements are outweighed by the positives of the new bus station, and the value of freeing up prime space where Greyfriars stood. 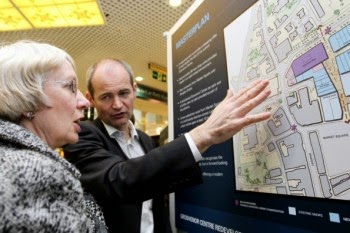 But Legal and General [L&G], have effectively pulled out of the shopping centre development which was the main (financial and political) reason from closing the old bus station.

Initial plans for the redevelopment of the Grosvenor Centre were first drawn up in 2000. L&G said: “We’re continuing to work very hard on our plans. We went back to the drawing board last year, but we’re now talking to the council every fortnight and we’re working hard to sell Northampton to the retail fraternity. It’s quite a difficult process with the market being as it is, but we’re continuing to work on it and we’re absolutely committed to redeveloping the Grosvenor Centre."

Yeah, right! We believe you, L&G; we really do. fbb repeats his contention that refurbishment of the old bus station would have been the sensible move  despite the attempts (entirely successful) by the Council to allow it to deteriorate. 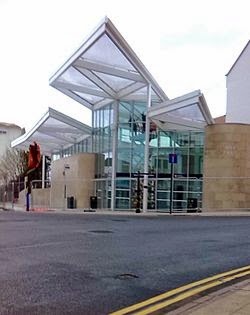 Although the opening day of the new bus station was obviously less than desirable ... 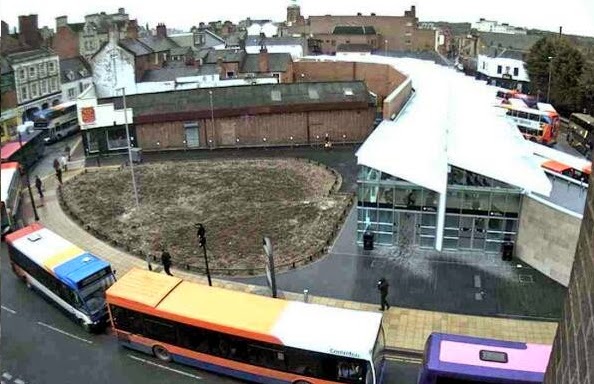 ... projects like this do not go unplanned and the Borough and County Councils have worked hard with the WNDC on this project and undertook the usual feasibility studies to make sure it was viable. However, it is the case with any major change to a transport hub which has been untouched for decades, that there are often unforeseen complications and difficulties upon its opening.

Unforseen? Utter tosh! Every failure point was predicted before it happened. The local paper was full of headlines and letters about the inadequate size of the new facility and the potential for gridlock. This from May 2012, long before a brick was laid or a sheet of glass emputtied. 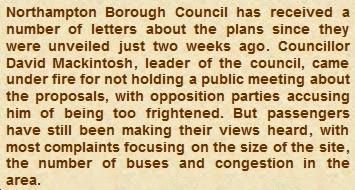 Whilst it is true that a full-sized mock up of the bus station layout was tried out at Sixfields Stadium, this was without those annoying little problems called people and the minor irritant of traffic!

But Michael Ellis' most "interesting" comments are made about Northampton's facilities for National Express passengers; which will feature in tomorrow's blog.


Next coach blog : Tuesday 6th May
Posted by fatbusbloke at 02:00