It began with the Overground ... 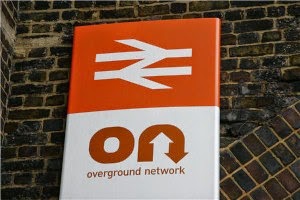 But it was this one.

In 1999 First Glasgow was one of the first in the group to introduce an "overground", a colour-coded set of bus routes with route branding on the bus exteriors and timetables. As of 2006, route branding had been removed from buses but remained on timetables until mid 2008.

In some cities there was a strong attempt to create clear "overground" route branding; this from Manchester. 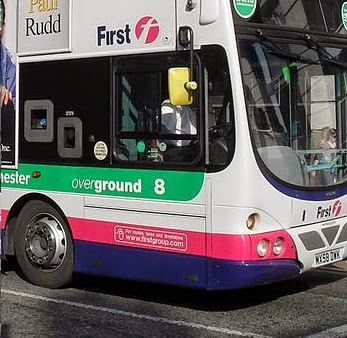 The route branding was a little sporadic in Glasgow. The first edition of the Overground map was, likewise, rather crude ... 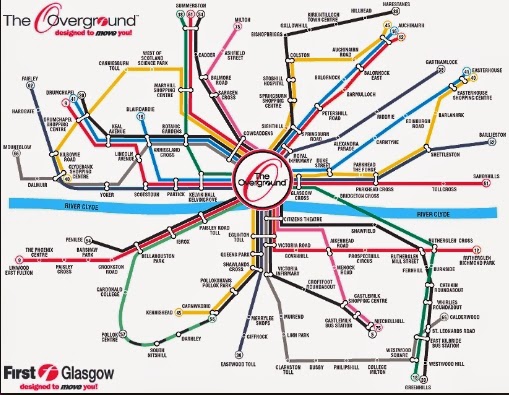 ... and only later assumed a Harry Beck London style. But take a look at service 38. The diagram indicates its route from Garthamlock in the north east (top right) ... ... through the City Centre to Eastwood Toll in the south. 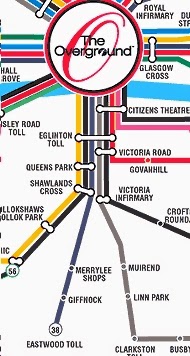 The 38 was simplicity itself. By 2007 a 38A had joined the original. Both variants were diverted at Giffnock to serve Woodfarm ... 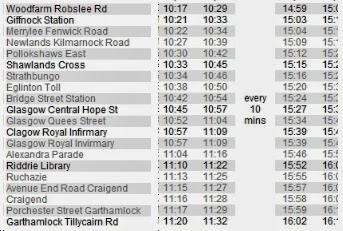 ... and the 38A provided a service to the recently opened Glasgow Fort ... 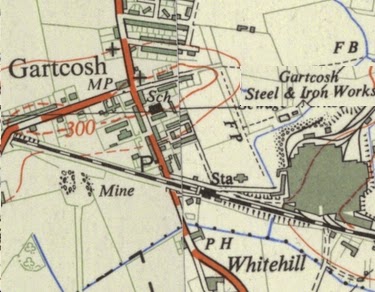 Two journeys each hour continued across open country via Gartloch to Gartcosh, where the station (closed in 1962 and reopened in 2005; on the line to Cumbernauld) was separated from the settlement by the M73. 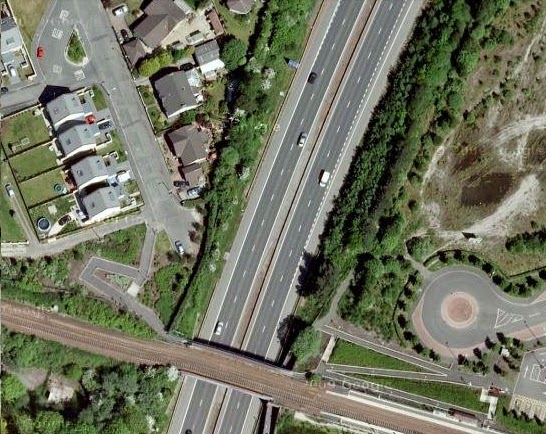 On a personal level, fbb would be less than enthusiastic about a walk over that footbridge at night! 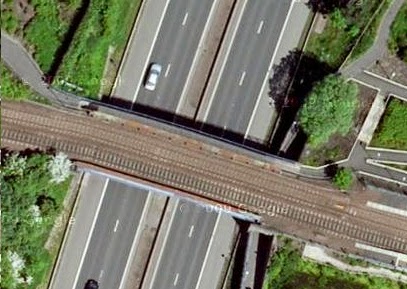 The Gartcosh section of the 38 did not last, however, as part of First Glasgow's network and it is now a section of a tendered service 310 operated by Henderson ...

... with only the Sunday version wiggling back to the station. 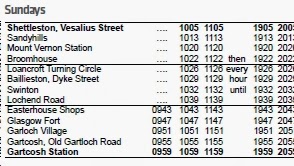 In May of 2013 First Bus introduced a new network in Glasgow called simpliCITY. 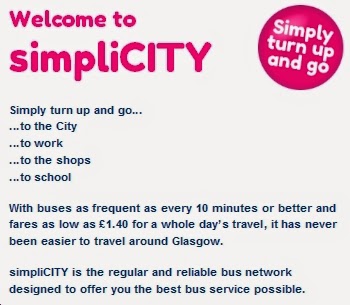 Leaving aside the pedant's plea that a "regular" bus could be one that runs once every year - the correct word is "frequent" - the idea seemed well considered. The aim was to group services that fed into and out of a central "frequent" core; give them linked route numbers and produce literature for each re-branded group. Some less well used sections of the First network were abandoned but many of the "main lines" gained an improved service on that central core. 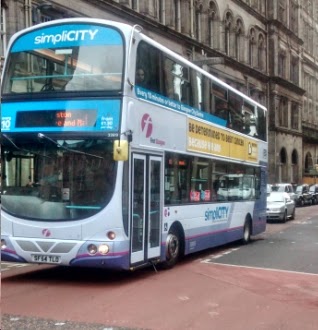 The branding was for "SimpliCity" in blue with a generic tagline, "every 10 minutes or more through Glasgow City Centre." Buses so adorned were used on any and every rebranded route.

One such scheme was for the service 38.

Only it wasn't quite that simple. 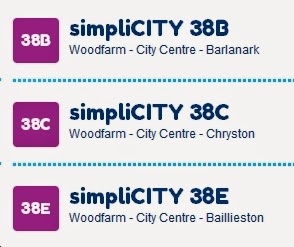 Was the scheme for the 38 pushing the idea a bit too far? The on-line index showed 38, 38B, 38C and 38E. Were there buses showing 38A and 38D as well? The best way to evaluate the route (routes?) was to go and see. So whilst Mrs fbb was enjoying a girlie (?) day out in Ayr with a long-term chum, her hubbie trained into Glasgow to explore the 38s.

Clutching some (incomprehensible? challenging?) timetable leaflets pre-ordered from a contact at First Glasgow, the chubby blogger alighted from his spotty Scotrail train at Glasgow Central Station, exited excited and full of anticipation via the ramp adjacent to the Grand Central Hotel ... 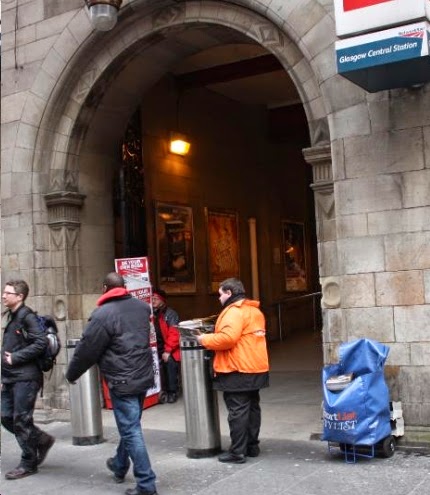 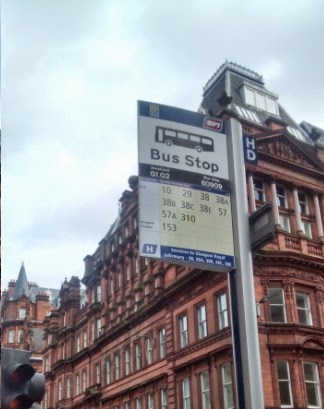 Stops are easy to find because there is a geographically accurate "where to board your 38 bus" in every 38 leaflet. 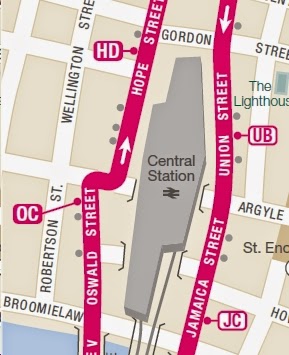 So, first, watch what's happening and then, second, go for a ride.

fbb knows how to have a fun time!

Of course, if you want a timetabular challenge, try the Glasgow Corporation 38 in the late 60s/early 70s (undated booklet). 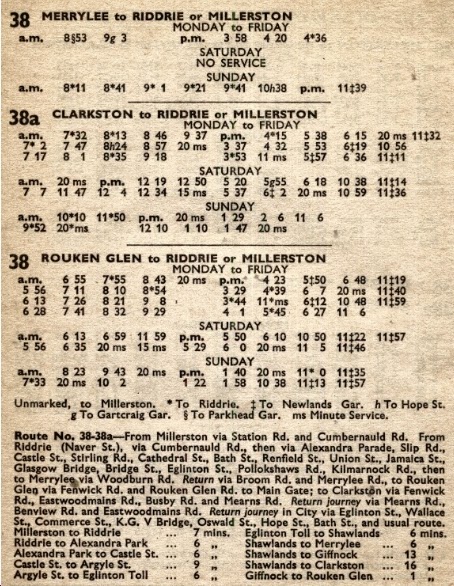 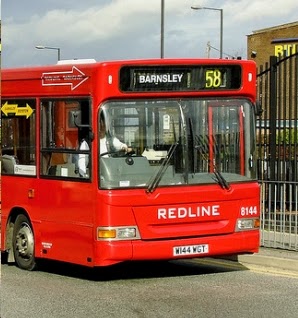 The company's web site is currently "unobtainable" and this note is from Travel South Yorkshire.

The bus company Redline have not been running any of their services since Friday 09 May. We are yet to receive official confirmation as to the company’s position.  Alternative services are available for those customers who travel on the routes in Barnsley and West Yorkshire previously operated by Redline.

Almost all Redline's services were in competition with Stagecoach, so no-one will notice a gap! And a reminder of a picture of the boss, Sean, ...