Dismal to Dunoon : Delightful or Depressing? [3] 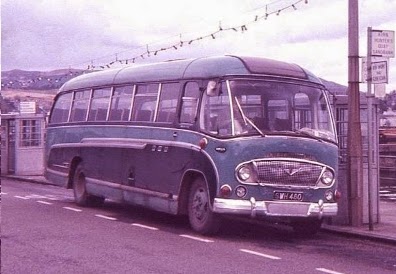 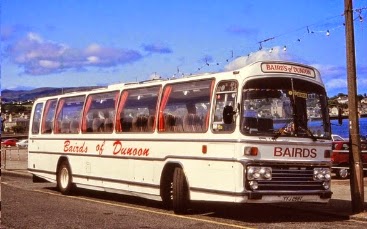 In 2004 West Coast commenced operating in Bute and Cowal taking over services from Stagecoach ... 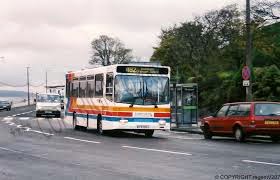 ... with depots in Dunoon and Rothesay. In between was Western Scottish, then operators like Arran Coaches; all a bit baffling for the chubby one based 400 miles to the south! But what is now?

The local authority produces some of the best timetable booklets in the country ...

... and fbb would have liked to pick up the latest Cowal edition, but could find nowhere to even ask. Within its pages are excellent maps ... 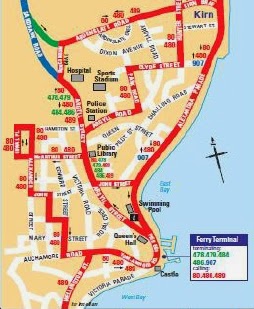 ... and thoughtfully presented timetables; and they need to be because of the proliferation of schoolday variations. This  policy of helpfulness can be seen on the bus stop displays which use enlarged versions of the booklet pages. What a really good idea - no unhelpful departure lists here! 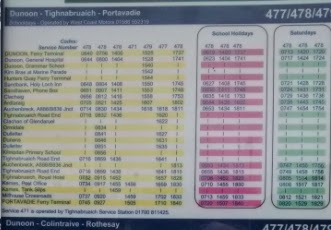 The yellow background is for schooldays, pink for non schooldays Monday to Friday and green for Saturdays. On some tables there is even a guide as to which days are schooldays etc. 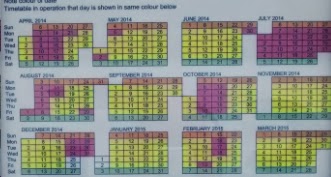 The vehicles, although not always the newest and trendiest buses on the road ... 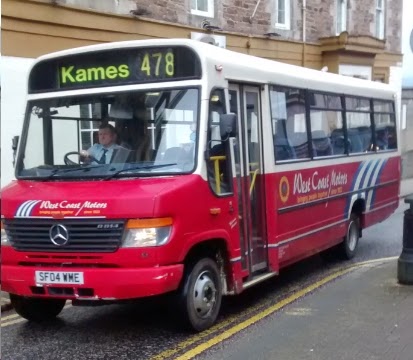 ... all looked clean and well cared for and sounded nice and healthy as they trundled past. And there were some very new ones (YJ14 BAO)! 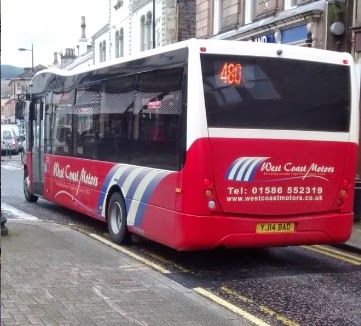 Now, readers may be surprised to hear the Mrs fbb does not share her beloved's obsession with timetables and maps, and although she is more than willing to indulge his whims up to a point, spending a damp afternoon in Dunoon looking at buses is not her idea of a holiday activity. So 'twas time to go.

Just time, then, to photograph McGills service 907 through bus to Glasgow as it loaded (about a dozen) at 1425. 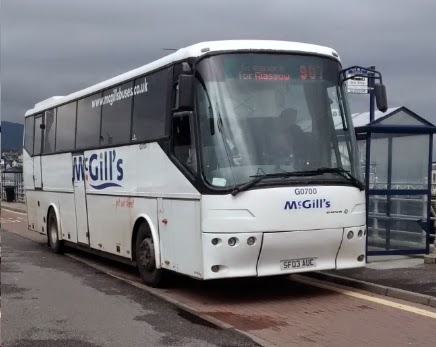 It would travel north to Hunters Quay to join the vehicle ferry ... 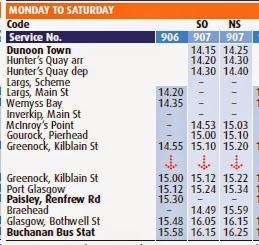 ... whilst the fbbs were to board the 1445 passenger boat. And there, through the murk and over-enlarged ... 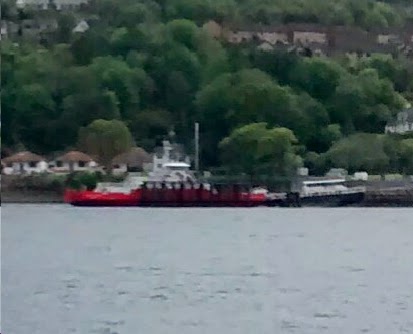 ... is the coach disembarking at McInroy's Point at 1503. It did, however, beat the fbb's boat to Gourock! A reminder of the two ferry routes is shown in the map below. 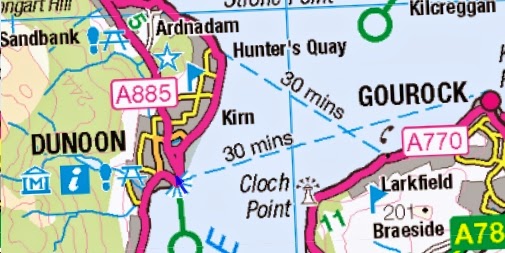 The ferry terminal is equally sad and in decline at Dunoon. The pier is all closed off, gates bolted and barred ... 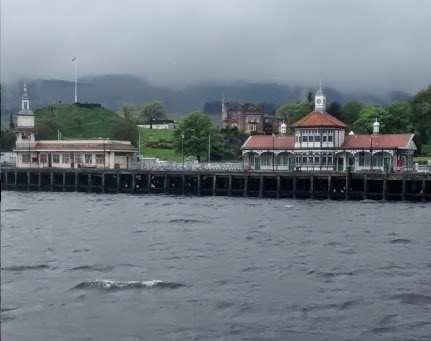 ... the waiting room is "temporary" and has been for some time. 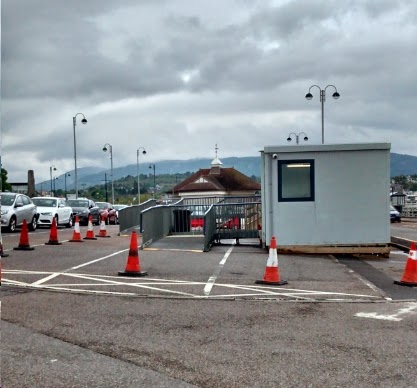 Access to the little boat is, once again, via the former car ferry linkspan. 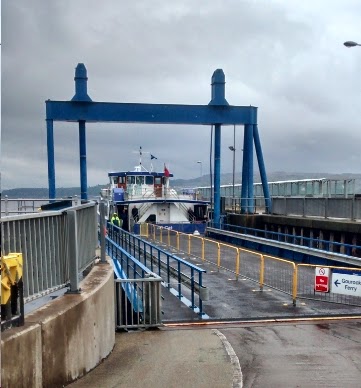 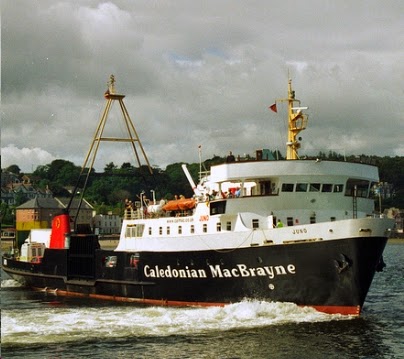 ... the fbb's rejoined the Ali Cat for Dunoon and home.

This particular vessel evokes some nostalgia for the fbbs as it was originally in the fleet of Solent and Wightline Cruises offering charter and excursion facilities from Cowes, Isle of Wight. It was named after Alison Rayment, daughter of its former owner.

On arrival at Gourock, the holidaying twosome had plenty of time to stagger across the road to catch their 901 service back to Largs. 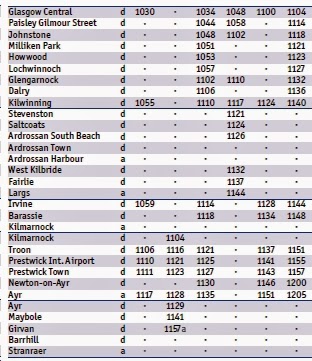 The table also shows an example of the diesel train service from Kilmarnock to Girvan; diesels also run occasionally from Glasgow and on to Stranraer.

What was also noticeable compared with fbb's visit two years ago, was how many trains are now in Scotrail's blue spotty saltire livery; very few left in carmine and cream, very few left in First's blue and pink. 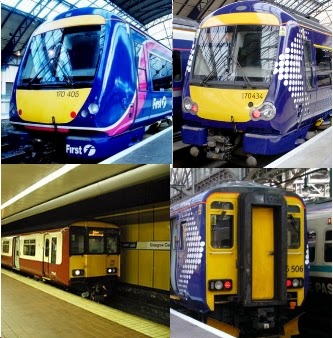