A is for Albion

built by the Scots.

B is for Bedford 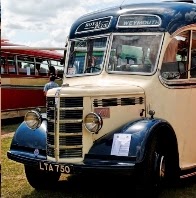 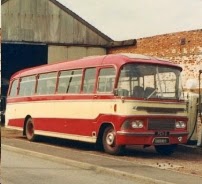 love her or hate her.

D is for Daimler 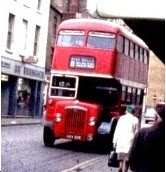 E is for Elite 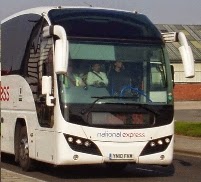 de luxe with a view.

F is for Foden 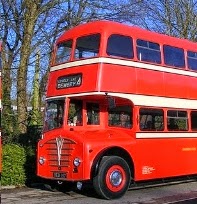 they made just a few.

G is for Gardner 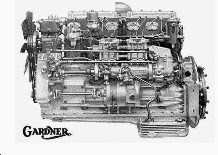 of diesels the king

and H is for Hang On 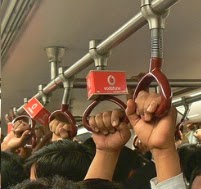 what is fat bloke doing?

The answer is that he is posing a question. Which bus route had or has the most suffix letters? London had this, for example:- 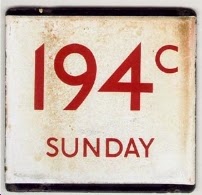 Route 194C was introduced in 1963 and ran on Sundays only between Forest Hill Station and Croydon Airport via Lower Sydenham, Penge, Anerley, Elmers End, Eden Park, West Wickham, Shirley Way, East Croydon, and Denning Avenue. It was withdrawn in 1970 and replaced by route 119B, and the reintroduction of the 194 on Sundays. The route only lasted seven years.

fbb's sample was from the "E plates" web site (here). There have been plenty of "A" suffixws in London, fewer "B"s and very few "C"s. More examples can be found on Ian Armstrong's excellent site (here). 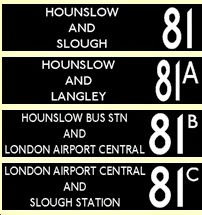 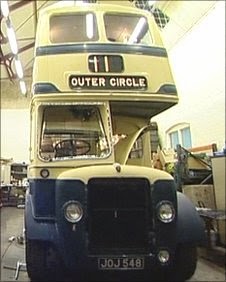 And, of course, there are plenty of "X" suffixes, including the fbb's recent experience in Largs ... 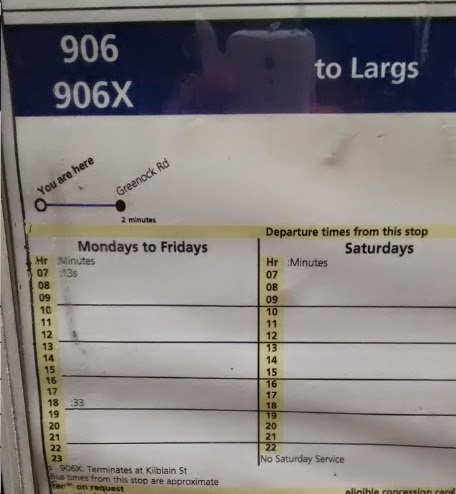 ... used for one peak hour "commuter" journey to Glasgow and back. But that suffix letter is just a one off. fbb wonders which company has/had the longest set of continuously alphabetical suffix letters?

Bear in mind that such route number adornments have gone out of fashion, a trend pioneered by Trent many years ago with their

But Trent has always been in favour of crazy route numbers. Other operators had a "hundredification" policy; adding hundred(s) to the base number, a feature of Sheffield Transport in the 1960s.

Another set which did exist all at the same time was:-

But, to repeat, we are looking at suffix letters.

To give our readers time to think; and add comments, fbb will not reveal his candidate until later. But his recent holiday may offer a clue. 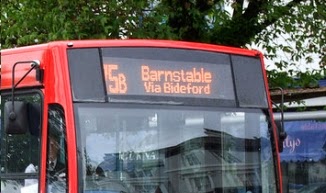 Presumably the "lad" or "lass" simply gave up on Great Torrington?

Or is it short for "Guess the Town"? And in the company's timetable list, the 75B comes between services 9 and 12 ...

... an obvious place to look. And, no; it is not cross-referenced later on in the list. 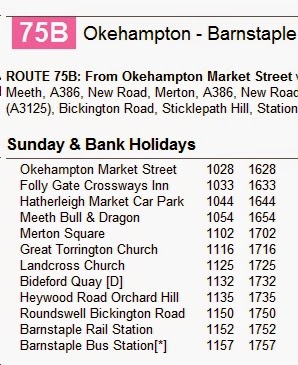 Well now, we wouldn't want to make it easy for the customers to understand, would we? And, just for the record, the Plymouth Citybus route number 75B is a Sunday tendered offspring of the Monday to Saturday Stagecoach group of services. 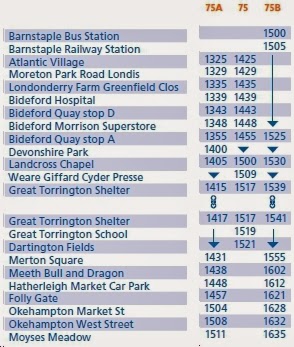