The Big Prize at Luffield Abbey [1] 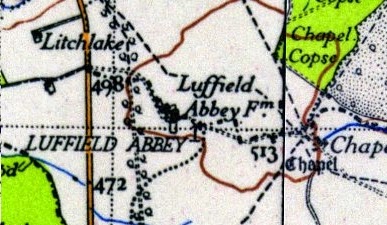 Luffield Abbey is an extra-parochial tract in the district of Buckingham, and counties of Buckingham and Northampton; near Whittlebury-forest, 5½ miles NNW of Buckingham. Acres, 510. Pop., 18. Houses, 3. A Benedictine priory was founded here, in 1124, by Robert le Bossu, (bossu = hunchback) Earl of Leicester; it was given, by Henry VII., to the abbot of Westminster; and passed to the Throckmortons and the Duke of Buckingham. No remains of the edifice now exist.

In 1943 an Airfield was built at Luffield Abbey as part of the RAF dispersal scheme in the Second World War.. 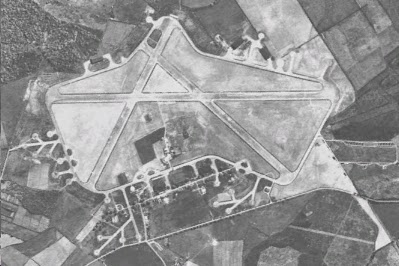 But we all know it better by another name.

Silverstone was first used for motorsport by an ad hoc group of friends who set up an impromptu race in September 1947. One of their members, Maurice Geoghegan, lived in nearby Silverstone village and was aware that the airfield was deserted. He and eleven other drivers raced over a two mile circuit, during the course of which Geoghegan himself ran over a sheep that had wandered onto the airfield. The sheep was killed and the car written off, and in the aftermath of this event the informal race became known as the Mutton Grand Prix. The meeting finished in the time-honoured tradition; at the Saracen's Head, Towcester. 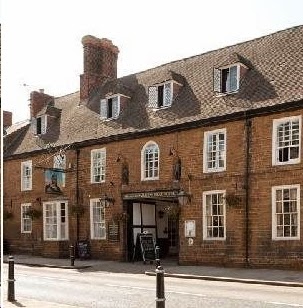 The three-runway triangular shape of the former airfield can still be seen inside the current racing circuit. 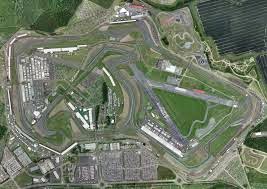 And on Sunday 6th July the British Grand Prix (French - "big prize") will be held here.
Now, of course you can get there by car, but parking is expensive ... 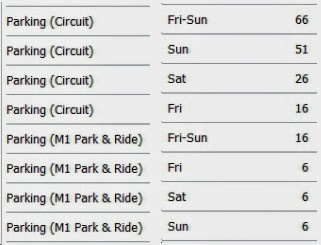 ... £66 for the three days of the full event on the circuit itself and it has been known to have problems! 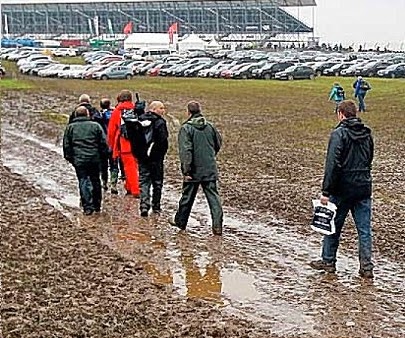 Parking is significantly cheaper at the M1 park and ride, located adjacent to Junction 15A (A43). 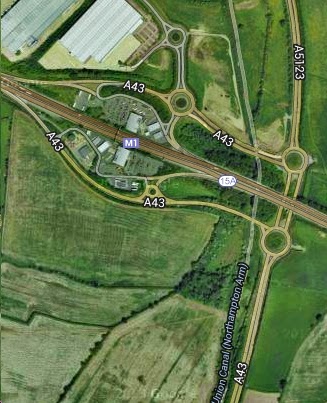 The Shuttle bus is free. But beware. All the spaces at the alternative M40 park and ride have already been booked.

The general idea seems to be to get there early and resign yourself to a slow crawl to get away! 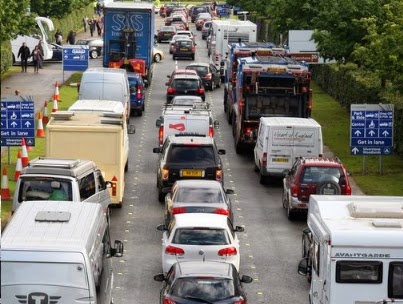 It would appear that Stagecoach have been awarded the exclusive contract for coach travel with Megabus being the brand in use. 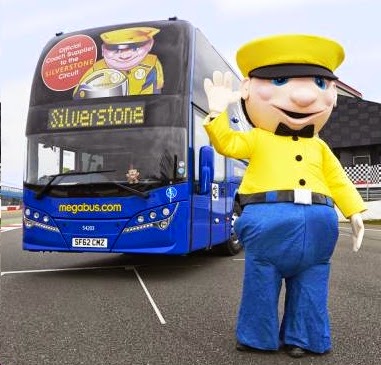 The list of routes is vast with the extract below being a small part. 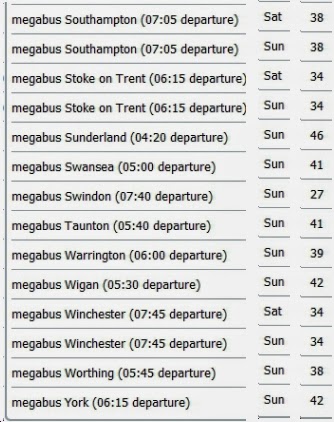 The price for a return ticket (in GB pounds) is in the right-hand column. The full website shows departures from nearly sixty towns and cities all at very un-Megabus prices!

In 2012 you could be chauffeured across the fields in a posh 4x4 from nearby Turweston airfield ... 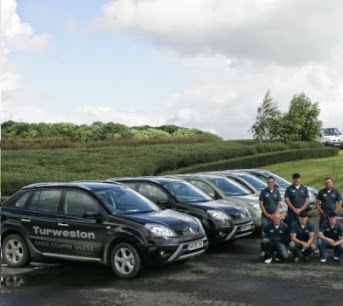 ... but this variety of public transport does not appear to be advertised this year.

Of course, all this is on top of the admission charges for the circuit. The actual race is on Sunday 6th July and the website lists a wide variety of tickets for that day, priced according to location around the track. 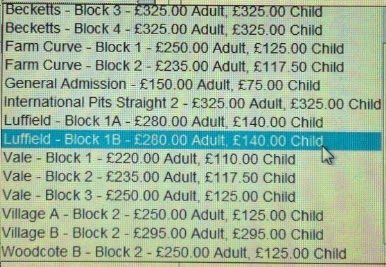 Bog standard admission is £150 for open air standing; and the highest price is for the stands at Becketts Corner or the Pits Straight at £325. Not a cheap day out. Of course, the real petrolheads will want to be there for the whole weekend, including "qualifying". Now you are talking real money! 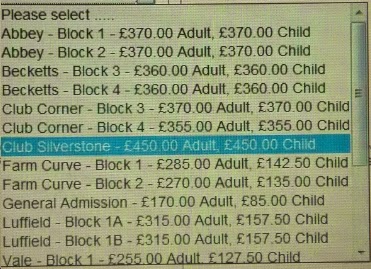 £450 at "Club Silverstone" - a bargain. fbb wonders how much a cup of tea costs?

But this is a blog about the public transport experience, not the delights of "neeeeaaaagh" "neeeeaaaagh" for several hours. So tomorrow we look at travel by bus (two varieties) and one other transport alternative.