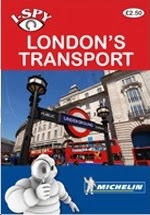 Now, if you visit London frequently or have the (mis?)fortune to live there, this book is for you; if, that is, you have even a passing interest in the Capital's public sector transport. Police, Ambulance, Fire and Boris Bikes all feature. But our area of investigation is with passenger transport.

The reader can spy bus types, of course ...

... but, more challengingly, try getting points for bus roofs!

Each type of Underground train is listed ... 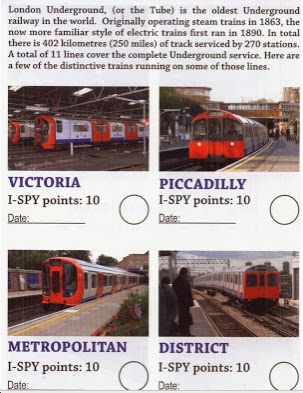 ... plus the Croydon trams.

So the variety of road and rail vehicles is well covered. But it is the peripherals that might challenge even an adult enthusiast, let alone a trainee gricer.

How well do adult commuters fully grasp the difference between yellow Oyster readers ... 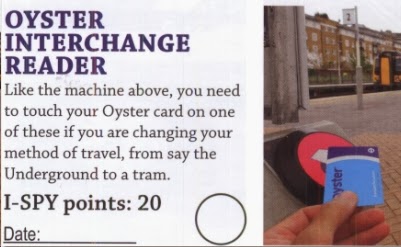 Big Chief I-Spy's explanation is simplistic in the extreme.

But you would need to be a real dyed-in-the-wool Transport for London geek-meister to know where some of these might be found.

Even old-style train describers are now as rare as the gnashers of a gallus gallus domesticus!

Looks Uxbridge? Is it still there? 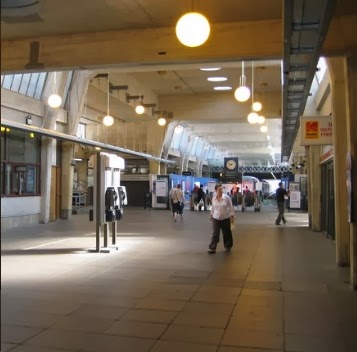 And here's a better picture! 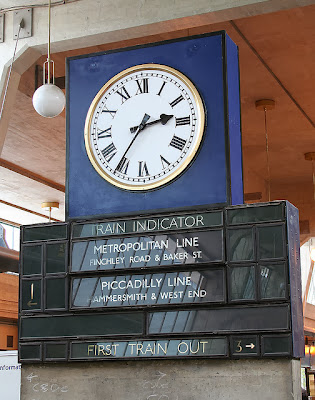 Sorry, lads, fbb has given the game away. The rotter! But there are still a few "old indicators" elsewhere.

There are some huge challenges in this little book. fbb hopes some of the less possible "cops" won't be off-putting for future Transport for London enthusiasts. Now where is that diamond clock?

But this blog has been a brief look at :-


"I Spy London's Transport"
published by Michelin
full colour throughout
£2.50

At least, despite some of the harder "spys", this book will be a good grounding. Perhaps a copy should be sent to the authors and producers of "Sherlock"? See "Post Festive Snippets [9]" (read again).

How about a few extra points for a more nostalgic "spy" of a London Transport bus station? One of fbb's elderly slides. 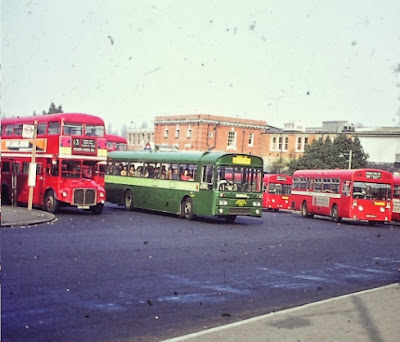 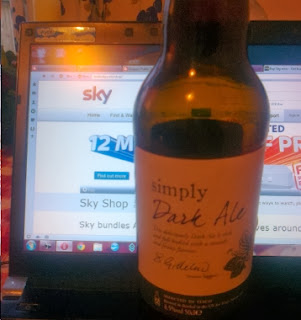 All ran beautifully and exactly to time:-

1925 Exeter to Axminster delayed by 35 minutes.

click to enlarge above panel
Still, it could have been MUCH worse!

But the taxi was waiting at Axminster with a very welcome smile from the chauffeuse; aka Mrs fbb. A flagon of tea was served upon arrival ches fbbs.