Back in the "Good Old Days", Northampton Corporation bus services mostly ran cross-town with a group of routes running north-south and a similar set of east-west linkages. Stops were grouped reasonably helpfully on roads around All Saints Church. 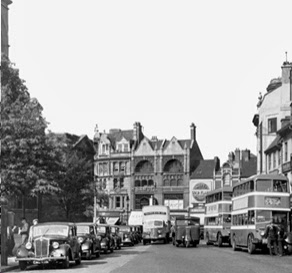 With the coming of the new bus station in 1978, historically named Lady's Lane and a rejiggled Greyfriars became a sort of Town Centre by-pass with the mausoleic monstrosity sandwiched between the two.

So in those far off days of rich crimson Daimler CVG6s collecting their happy band of passengers in the Drapery, the route north was via Sheep Street ... 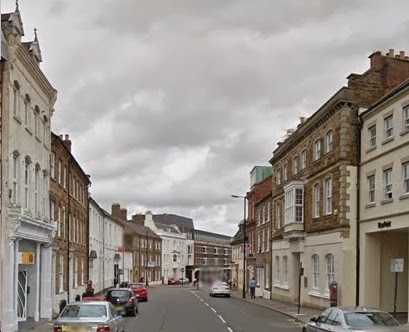 ... passing the circular Church of the Holy Sepulchre (known erroneously by all Northamptonians as "St Seps"). 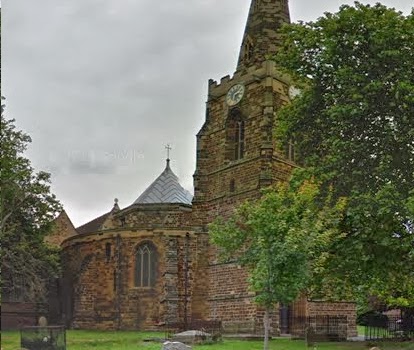 This obvious and traditional through route was severed for all time by the new roads and bus station access. 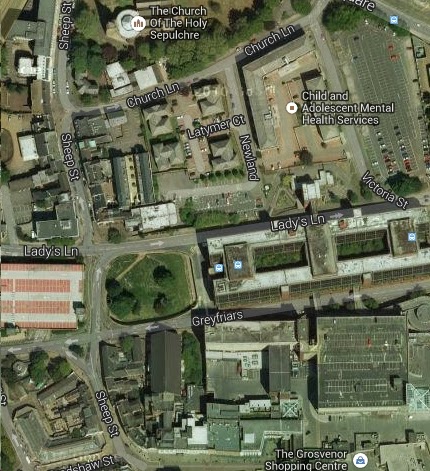 
So what happens today; and what will happen from March when the town's second White Elephant opens.

The first "White Elephant" was originally and officially the Kingsley Park Hotel. 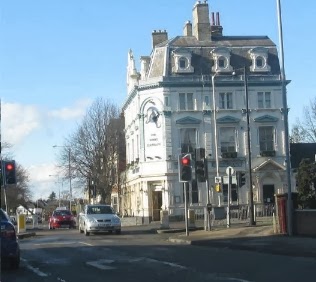 The Kingsley Park Hotel served as a residential club for ardent race-goers to the adjacent racecourse but the latter was closed in 1904 due to a fatal accident of race spectators. The hotel remained empty for eighteen years and it is then that local residents referred the hotel as "The White Elephant." The name was formerly changed in the early 60s.

Unfortunately only one bus service follows the long-standing historic north-south route; that is the X7 from Milton Keynes to Leicester. Traveline is no help whatsoever for the X7 giving ludicrous routes round some of Northampton narrow back streets, never (ever) served by bus. 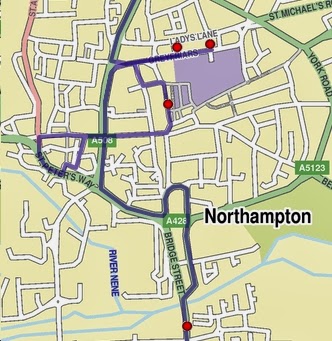 One of the roads on the odd loop (centre left) is Freeschool Street ... 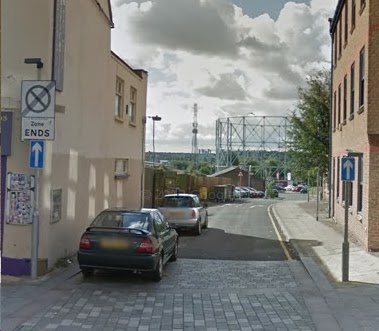 ... which seems an unlikely candidate for an hourly inter-urban bus route! the map also shows X7s going the wrong was along Greyfriars; in fact the route shown is quite impossible!

Alan, our Northampton correspondent, has spent long hours in his luxury suite of offices in Duston ... 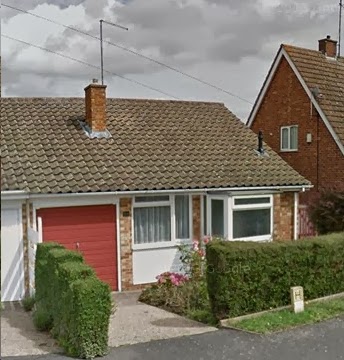 ... to provide fbb with his guesstimate of routes to and from the new bus station. In very simple terms everything will need to go round in circles incessantly to get to or from the town centre stops. Here, for example, is the route of services 16 and 17 running from the Eastern District via the bus station to the North. 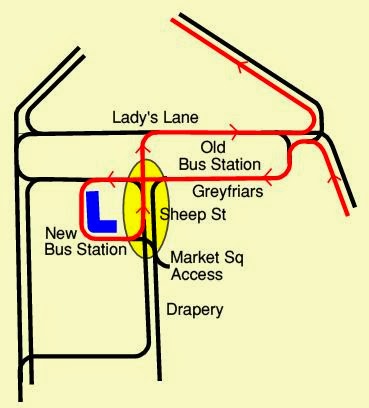 Or route 8 running from south to east. 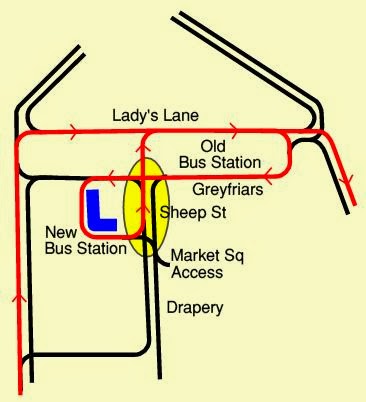 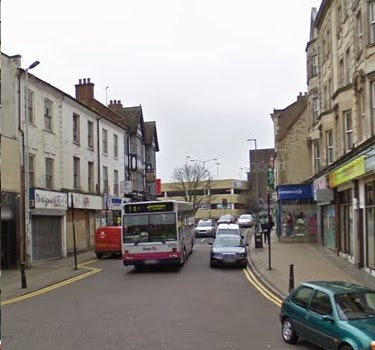 Many towns have complex traffic management schemes, but, because of the new bus station's lack of space for "layover" (rest for driver and bus!), any cloggage will cause huge hold-ups. Here, for example, is a picture taken over 12 months ago when an "incident" near the North Gate construction site caused this:- 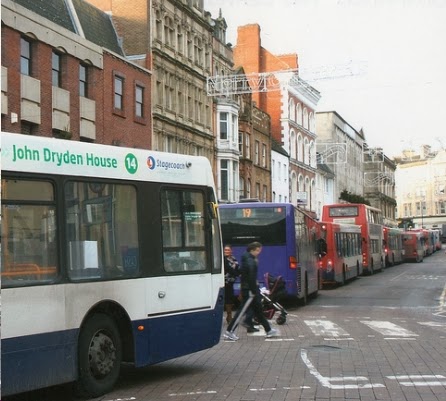 And the fun (?) is compounded when dozens of traders are queueing to grapple with their rising bollards on Market Day. But you can get ointment for it! 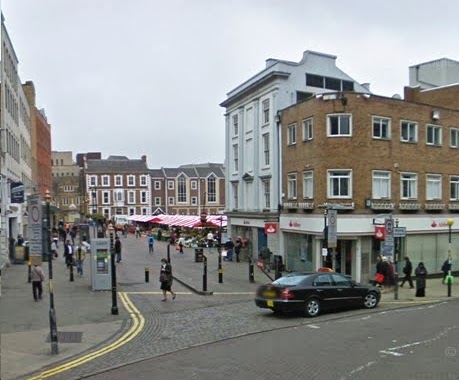 The original estimate (based on some of Rumsfeld's unknown unknowns!) for vehicle movements per hour looks very much like a wild guess ... 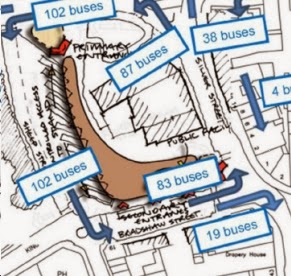 ... and, of course, doesn't include movements to and from the depot for staff "relief".

And, finally! (sympathetic snigger). Anyone fancy free-flowing buses, 102 per hour at least, having to turn acute left to get into the bus station? 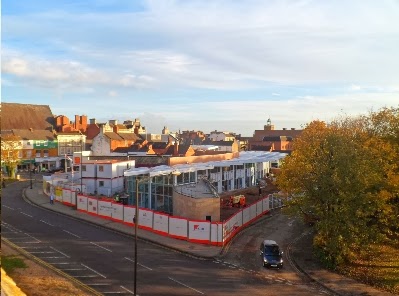 Yes siree! Every bus entering (or even passing by) Northgate Bus Station will approach from the left and turn acute left into Silver Street where the black car currently stands. In case you wondered, Silver Street will, at least, be one way in the opposite direction!

So all we need is bad weather at school turn-out time, blockages at the exit from the market and an "incident" anywhere nearby and ...

"This will serve the town and bus users very well indeed."


Next bus blog : Friday 10th January
Posted by fatbusbloke at 02:00