Buzzing off to Bradford [5]

It was No Fuss by Bus (almost!)


The fbbs were the only funeral guests to have arrived by public transport. Their plan to return by public transport was  partially thwarted (in a nice way) by their long-time Sheffield friends who invited them to stay at their home for Monday night. Other family guests had driven (day return) from Welwyn Garden City, Luton, Reading and Preston. One cousin even drove from Plymouth but stayed overnight on the Sunday; leaving the "baked meats" early to drive all the way back on Monday evening. Quelle horreur!

fbb had calculated that a 1250 or 1300 departure (from Bradford Interchange) on Transdev Keighley & District's Shuttle 662 would allow plenty of time to totter down the driveway to the Crematorium. This was all confirmed with reference to an on-line version of the leaflet ... 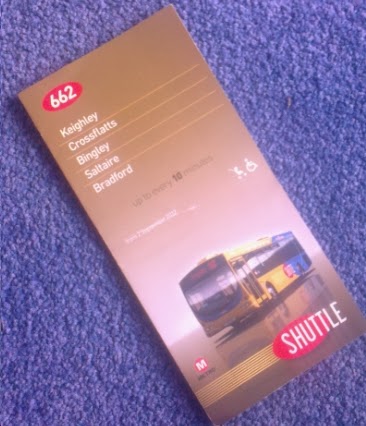 ... and a check with West Yorkshire Metro's route map. Google Streetview even provided a picture of stop and approaching bus! 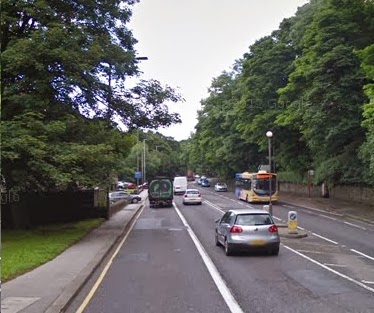 The car on the left is just coming out of the drive to the chapel.

So first, a spot of lunch. At the foot of the steps from the station barriers (unmanned and open, of course) was ... 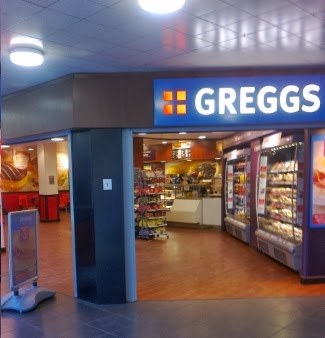 ... and ideal refreshment facility with a tempting advert:- 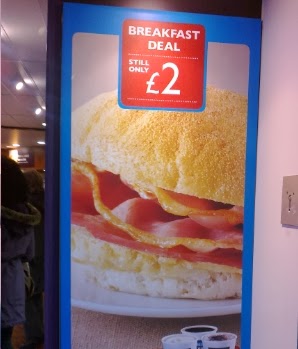 What could be better; bacon roll and mug of tea for a modest £2. Except you couldn't have it! You could have had it up to 11am but not thereafter as clearly explained on the poster, NOT! All was (not very) clarified by a much smaller poster for "our breakfast menu" with a minuscule note saying "until 11am." Poor; and especially so as Mrs fbb had to go back and rejoin the queue to obtain the chicken sarnies.

On this bottom and cavernous level were free toilets (Sheffield; a bladder straining 20p!) ... 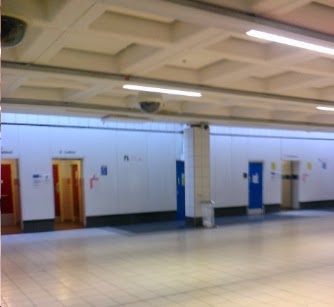 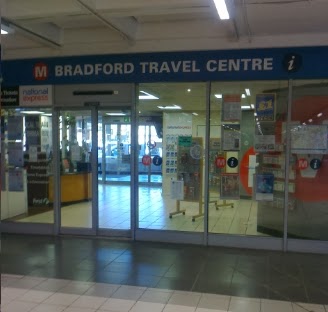 ...and a small but beautifully formed WHSmith. 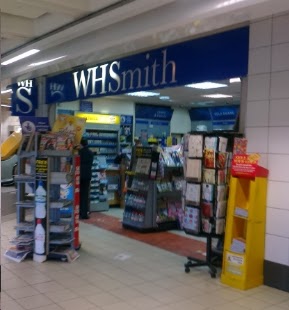 There was also a departure screen, a duplicate of the one in the bus station up above. 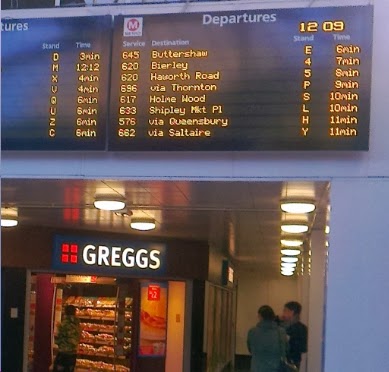 Now here's a theoretical question. Assuming that the enquiry office was closed ...

... how would fbb find out which bus to catch to get him to Nab Wood Crematorium? There was no large scale version of the W Y Metro map displayed (at least fbb couldn't find one) nor were there any timetables or route descriptions at stands or in a central display. Not everyone can cope with on-line public transport enquiries and many will object to paying significant sums of money to call Traveline.

Fortunately he knew that the 662 passed by and there, on the departure screen was a 662 leaving from stand Y.

If the potential traveller had done his (extensive) homework; i.e. he knew what to look for, then getting from Axminster to Nab Wood Crematorium was reasonably achievable; but for a non-expert, not so cosy. There were good reasons for some of the family to come by car but fbb would bet his pension that not one of them even considered catching a train.

IF an unwary potential passenger had asked on-line Traveline this is the first answer on the list for a journey from Sheffield to Nab Wood arriving by 1330; fbb's requirement. 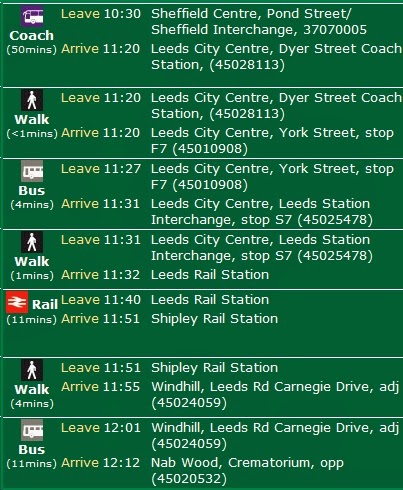 So the fbb's are in the right place and ready for the right bus but there is still time to take escalator, stairs or lift up to the the bus departure area and have a look round. 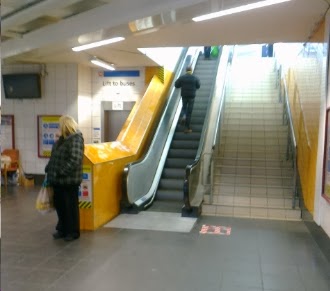 And before commentators rush to advise, fbb is well aware that there is a 760 bus every 30 minutes from Leeds to Nab Wood; BUT Leodensian interchange (or should that be Loiner Interchange?) is more difficult and a half hour frequency is less forgiving if anything goes wrong. 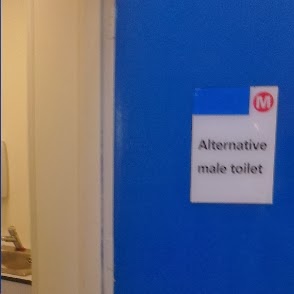 Alternative to what? Or, even worse, how do you become an alternative male? Please send answers (with a fiver) to the usual address. 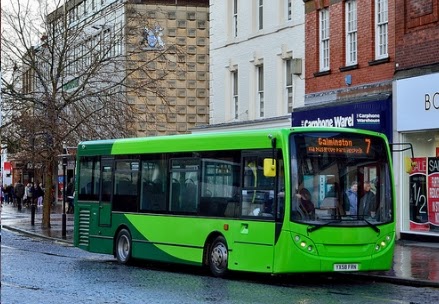 Well, the web site happened and it looks very "GoAhead", but with apples. 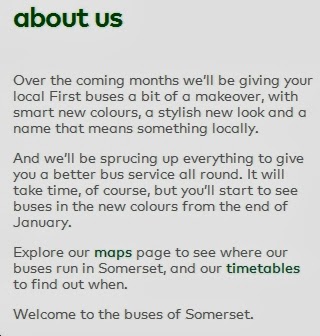 Your intrepid blogger understands that there will be an "official" launch when enough of the fleet is re-liveried. The web site is (here).

It wouldn't have been designed by "Best Impressions" by any chance? It is ever so very difficult to tell! 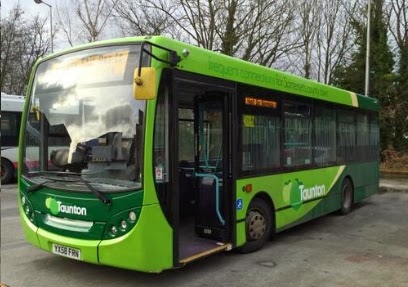 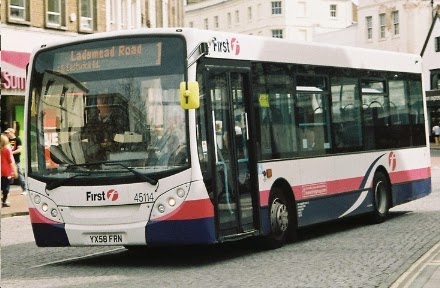