Why this interest in Cottingley anyway?

fbb was at Nab Wood Crematorium, off the main Bradford to Keighley Road (A650). 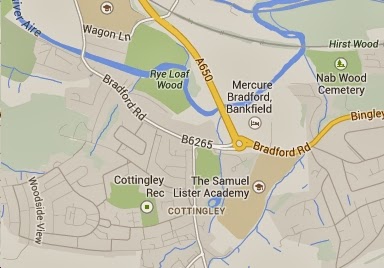 Cottingley is a few stops westwards, just past the roundabout that leads to the Shipley by-pass. But our journey goes back to 1917 and some stunning photographs taken by two young ladies in the woods behind their house. See "Paranormal and Public Transport [1]" (read again). 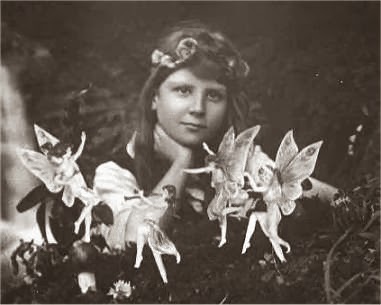 Obviously a fake! Or is it?

What increased public interest and public belief in the veracity of these images was the involvement of Arthur Conan Doyle, he of Sherlock Holmes Fame. 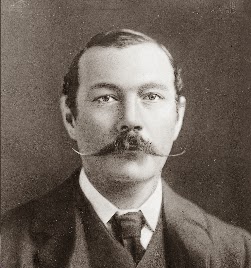 He was a theosophist ...

Theosophy (from Greek θεός theos, divine + σοφία sophia, wisdom) refers to systems of esoteric philosophy concerning, or investigation seeking direct knowledge of, presumed mysteries of being and nature, particularly concerning the nature of divinity. The theosophist seeks to understand the mysteries of the universe and the bonds that unite the universe, humanity, and the divine. The goal of theosophy is to explore the origin of divinity and humanity, and the world. From investigation of those topics, theosophists try to discover a coherent description of the purpose and origin of the universe.

... and life "on other planes" was a thoroughly acceptable part of his beliefs. Arthur published the pictures and, in so doing, supported the view that the snaps were genuine. 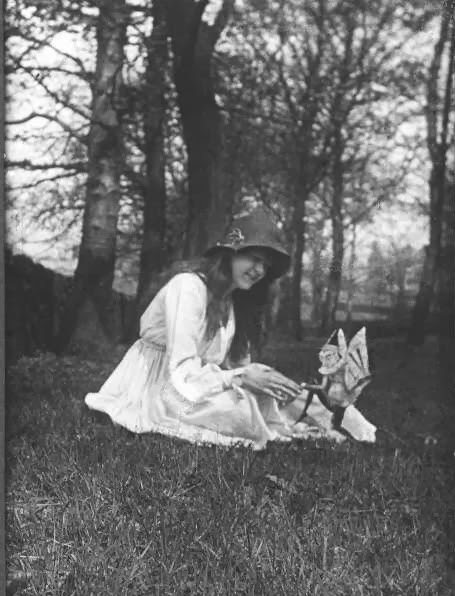 Other equally tantalising images appeared (five in all) and debate ranged for many years; but in Post War Britain interest faded until, in the 1980s, a keen reporter resurrected the story.

The simplistic view is that the girls took photographs of themselves in suitable poses, printed the images then stuck cut outs of the fairies on the print and then took photos of the photos. The ethereal creatures are very similar to illustrations from this book ... 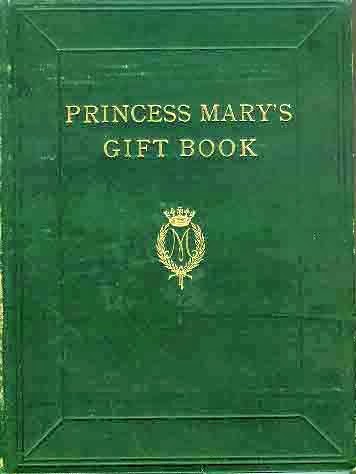 ... but not the same. Assuming the girls did create fakes, they must have been extremely skillful indeed. Enlargements showed no signs of scissor-cut edges and the wings, not present in the book illustrations, have been added exquisitely.

Lest our loyal blog readers are verging towards belief, the surviving sister did, eventually admit to the deception; but not to how they did it!. Despite this, others have visited the beck and "seen the fairies" but without such "effective" photographic evidence.

As yet, no First or Transdev bus drivers have reported any young lady passengers in diaphanous costume with unusual dorsal appendages. But if they did see anything, would they dare admit it? 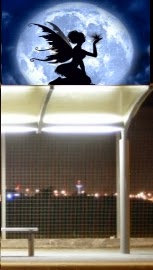 Meanwhile we need to complete the picture; just in case any of our readers wish to journey to Cottingley for a bit of fairy-spotting. 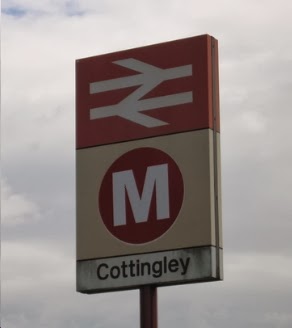 Don't go by train! There is a station at Cottingley, opened in 1988 by West Yorkshire Metro (aka the PTE). 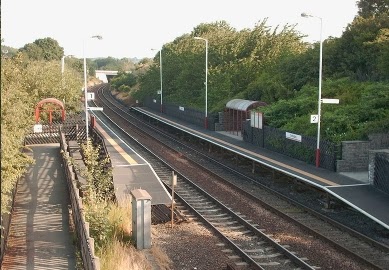 But it's Cottingley Leeds; whereas the fairy-tale village of Cottingley is technically in Bradford. The Leeds verson used to be an estate of post-war pre-fabs ... 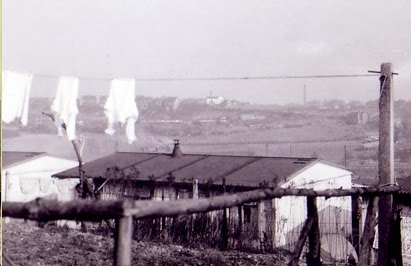 ... subsequently replaced by much improved housing (?). 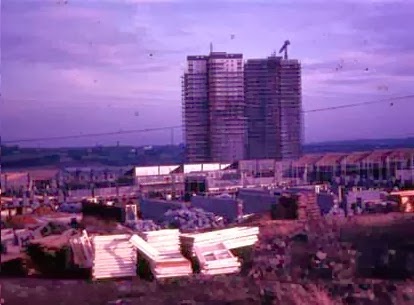 The estate lies quite close to Elland Road where a once-famous footy team has its home ground. 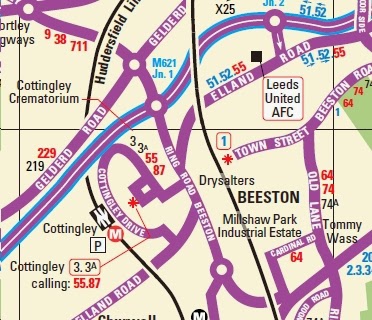 Services 3 ans 3A (FirstBus) run to Cottingley in the evenings and on Sundays. The 55 (FirstBus)  runs every 30 mins Monday to Saturday daytime from Leeds to Morley via Holbeck, Elland Road and the Cottingley loop. The 87, shown on the map, appears to have disappeared since the cartography was created. A search on the WYMetro journey planner was somewhat unhelpful. 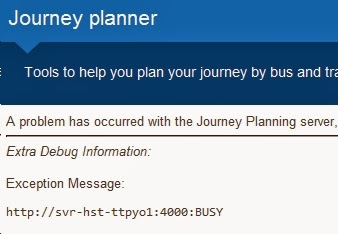 Maybe it's all gone to be with the fairies!

There are, however, plenty of buses along the Ring Road (Beeston), calling at Drysalters. 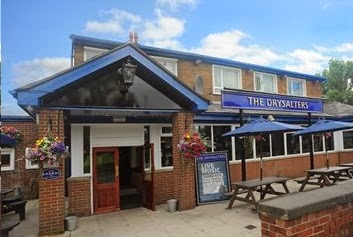 "Get an £8 4-pint jug to save money and save queuing on match days."

A final puzzle picture, linking us back to the ethereal, possibly? 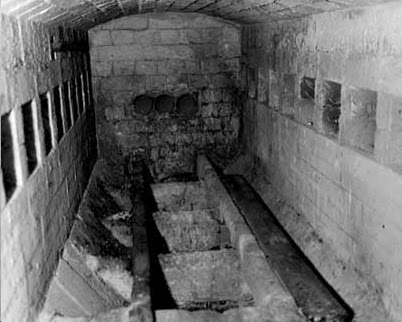 What is it? Answer tomorrow!

Next rail blog : Monday 27th January
Posted by fatbusbloke at 02:00