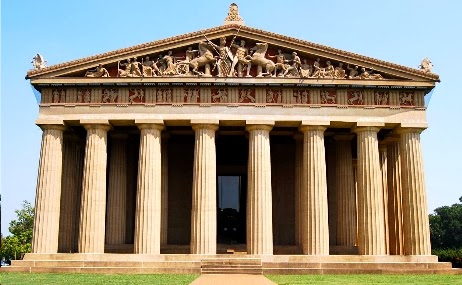 In their original Greek version, Doric columns stood directly on the flat pavement (the stylobate) of a temple without a base; their vertical shafts were fluted with 20 parallel concave grooves; and they were topped by a smooth capital that flared from the column to meet a square abacus at the intersection with the horizontal beam (architrave) that they carried. The Parthenon has the Doric design columns.


The piccy above shows a model of the Parthenon - in reality it's been "knocked about a bit." [Irrelevant and historically inaccurate allusion to a Marie Lloyd song from the 20s ... 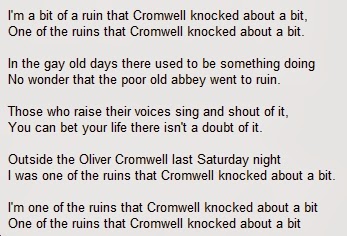 ... which had nothing to do with Cromwell (Oliver)!]


The most celebrated "Doric Arch" in the UK was demolished at London's Euston Station. 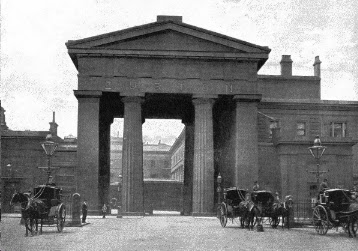 Only it's not an arch (obviously!) it's a Propylaea! That's Greek for "upmarket gateway"

Doric Arch should not be confused with Doris Archer ... 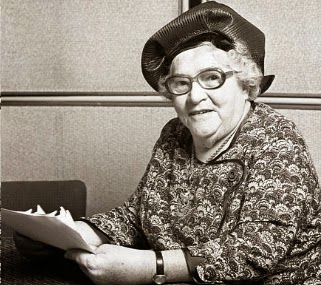 
Doric or Dorian was a dialect of Ancient Greek. Its variants were spoken in the southern and eastern Peloponnese, Crete, Rhodes, some islands in the southern Aegean Sea, some cities on the coasts of Asia Minor, Southern Italy, Sicily, Epirus and Macedon.

The term "Doric" was used to refer to all dialects of Lowland Scots but during the twentieth century it became increasingly associated with Mid Northern Scots. The term possibly originated as a jocular reference to the Doric dialect of the Ancient Greek language. Greek Dorians lived in Sparta amongst other places, a more rural area, and spoke laconically and in a language that was thought harsher in tone, more phonetically conservative and inferior to the Greek spoken in posher Athens. 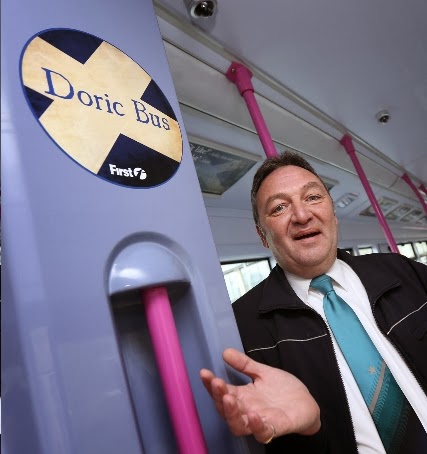 Doric Bus? Even on the blinds!

Publicity stunts seem to flow like vintage champagne from the team at First Aberdeen. Pity something similar doeesn't publicise stuff in Sheffield, Eh? 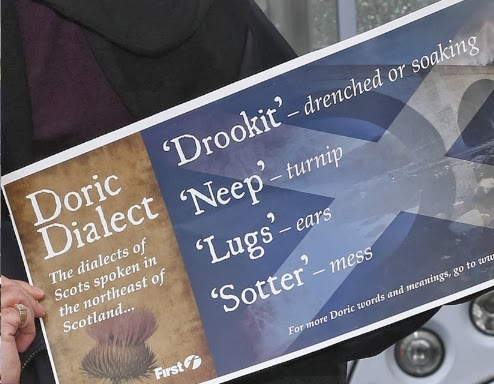 Mrs fbb, a fine example of Scottish womanhood, hails from Glasgow; having been brought up in the posh bit, viz. Bearsden (the den where they kept the bears). She informs fbb that Doric Scots is very different from Glasgow Scots, although both have some words and expressions in common.

First Aberdeen’s Marketing Manager, Paula Middleton, said: “In Aberdeen and the North East of Scotland we are very proud and passionate about our Doric roots. So we thought it would be a great idea and good fun to kick off the New Year by helping raise awareness of our local dialect.” 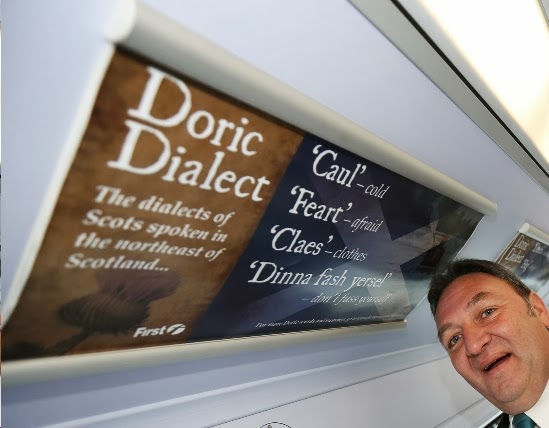 Helping launch The Doric Bus today was First Aberdeen Driver, Davie Davidson, who is well known across the company and amongst customers for being a speaker of Doric. The 50 year old from Peterhead, said

“Sen we cairry a haill bourach o littleens an visitors tae the ceity, I howp ‘The Doric Bus’ an the Doric blads steekit up on aa the buses wull help tae mak fowk mair aware o the mither tongue, an mak siccar at it’s aye tae the fore.”

Linguistically minded blog readers may attempt a translation. fbb will publish the official version on Monday!

... which extended services 55 and 55B to Tyne and Wear (or even the USA!) has been corrected.

Next, what about Upperthorpe and Greystones? Or something to tell us that service 14 in Sheffield is changing? Keep trying lads!