What IS a Streetlite Hybrid? 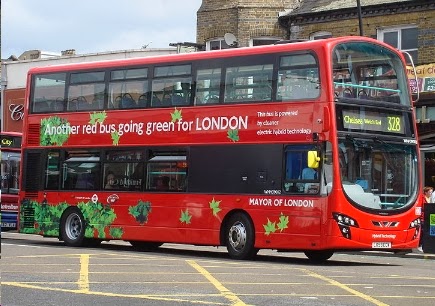 A hybrid electric bus combines a conventional internal combustion engine propulsion system with an electric propulsion system. These type of buses normally use a Diesel-electric powertrain and are also known as hybrid Diesel-electric buses. For pea brains like fbb this means that the diesel engine drives a generator which charges batteries and powers electric motors which drive the wheels. 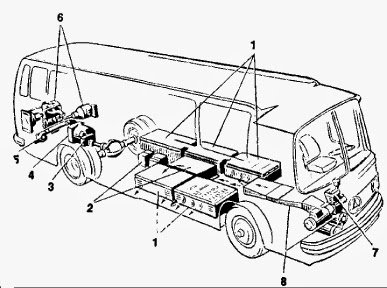 The diesel engine only runs when power is needed (hence all the other clever stuff) which means that the engine cuts out repeatedly; this makes fbb think that the bus has stalled or broken down! Spooky!

So why buy Hybrids? They cost a goodly chunk more than a bog standard diesel. But because the diesel is "only" generating current it can be smaller; plus, it doesn't run all the time, hence less emissions and less fuel costs. Do the benefits and disbenefits add up? Probably not in pure cash terms BUT the environmental pressures are such that SOMETHING must be done. 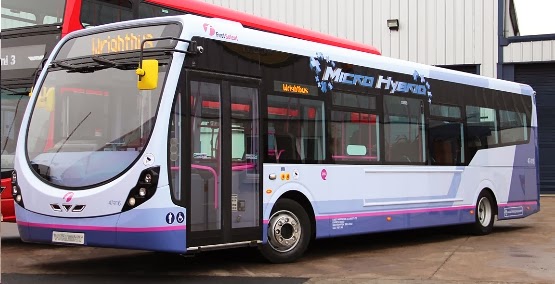 The technology here is explained by Wrightbus' briefing sheet which fbb will summarise, leaving out some of the technology.

Firstly, the engine drives the wheels via the normal standard Streetlite tasmission. So what's hybrid about it?

A question. What happens when the bus driver pushes the brake pedal? Hopefully the bus stops! But ("O" level physics!) there is lots of energy stored in wheels, engine and all the other whizzy bits and pieces that has to be got rid of. This is "expelled" as heat (brakes get hot) which warms up the atmosphere and that is bad news as well as being, simply, a waste.

The StreetLite Micro Hybrid uses the same engine, transmission and rear axle as the conventional StreetLite, but re-jigs the auxiliary systems to give the vehicle smart control of energy generation and usage on the vehicle.

Now in the Micro Hybrid, when the driver presses the brake pedal, some of the waste energy is stored in compressed air tanks and the compressor only runs when really, really needed (which is hardly ever on a busy stop-go city route - lots of brake presses.

Likewise with the alternator, but here the spare energy is stored in the batteries. Again the alternator is hardly ever used on a busy city service. The hydraulic pump becomes an electric pump, again running only when needed.

In this way, the load on the engine is significantly reduced, and the auxiliary systems are powered by waste energy that would otherwise be lost. This has the additional benefit of reducing the load on the retarder and brakes, which will also reduce the load on the cooling pack and extend the life of the friction brakes. The overall efficiency gain when Micro Hybrid is added to a conventional StreetLite is around 9.2% and this additional fuel saving is enough to place the vehicle comfortably below the threshold for Low Carbon Emission Bus Certification.

Or, to put is simply, you don't spend as much on fuel.

Mr Fearnley must like them as he's just ordered 274! 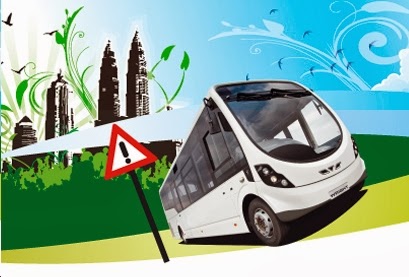 Having taken a look at vehicle lengths and capacity** ...

... fbb understands that each Streetlite comes complete with one of these ... 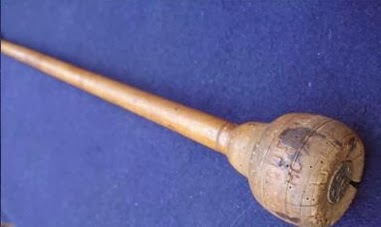 ... to ensure maximum crush loading. Ouch! But, according to Wrightbus, trials on a mock-up at their Balleymena factory have proved entirely successful. 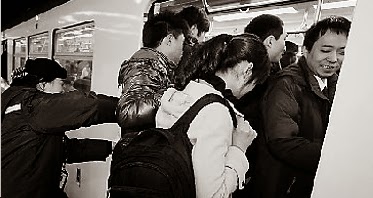 ** You're right (Wright?), the numbers don't add up. That's because you can't usually have maximum seats and maximum standees both together; more seats, less standing!

Delivery of the First order for 274 begins later this year. Who will get the first batch?


Next bus blog : Wednesday 22nd January
Posted by fatbusbloke at 02:00