Learn the Lesson of Lovely Leaflets


Alert blog readers with retentive memories will be aware that on Sunday 19th January a fleet of eight electric buses was due to start on City route 7. Only they didn't. On Monday 20th our Northampton correspondent sallied forth to Wolverton (where be dragons) to see what was what. 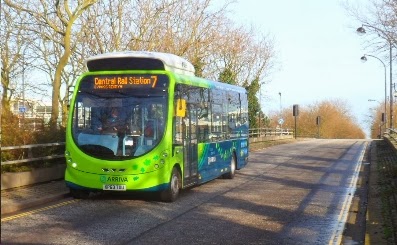 Only two electric buses were at work out of the 7 or 8 required to service. It is rumoured that 5 are still in Ireland delayed by a spot of tempest for their sea crossing. On Monday 20th the lonesome duo were at work on the short journeys between Wolverton and Central Milton Keynes 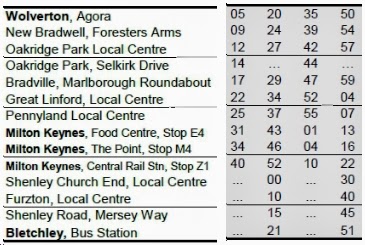 These battery buses recharge themselves by induction. There is no wire from bus to power supply. The bus lowers its charging plate at the termini (as here in Church Street, Wolverton) ... 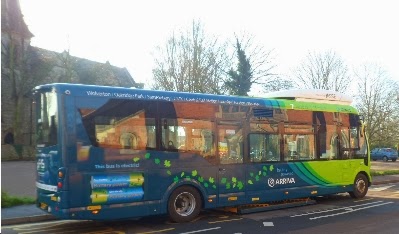 Contrast and compare. The stagecoach leaflet (above) versus the Travel South Yorkshire publication (below). 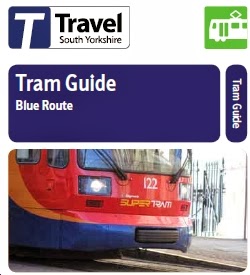 In some ways a comparison is not altogether fair. Travel South Yorkshire [TSY] produce timetables, whereas this Stagecoach leaflet aims at a wider audience. Andrew (of Sheffield Campaign for Real Ale) who sent the PDF, assures fbb that there are racks of this brochure in hotels etc. But there weren't any in Sheffield Central Travelodge where the fbb's laid their weary heads on Sunday night!

The leaflet is "selling" the whole tramway experience. Despite this difference, there are lessons to learn.

We have a simple line diagram ... 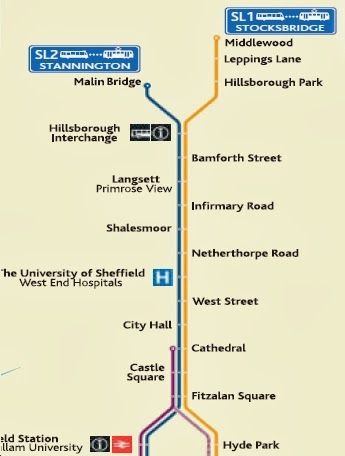 ... and a geographical map. 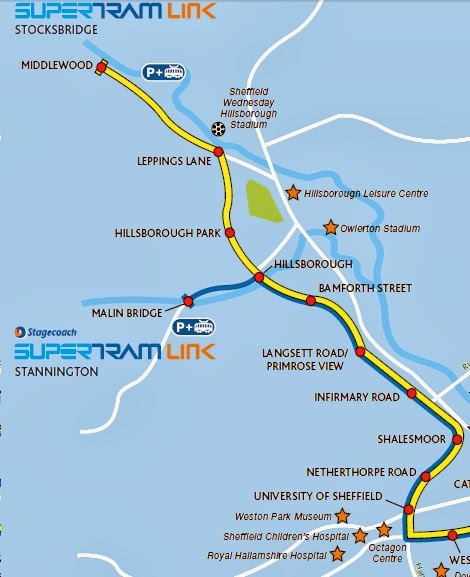 This shows all stops and names them, with the addition of the orange stars for places of interest, sporting venues, hospitals etc.

fbb has, perhaps one complaint. The Stagecoach leaflet is not a timetable; all you get is a summary of frequencies. 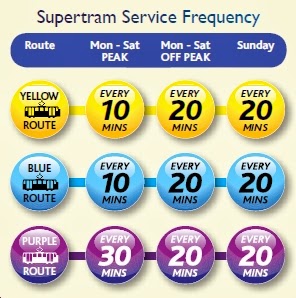 Fair enough, you may say. But does this chart do justice to the system? The 10 minute Blue and Yellow service is marked "peak"; but it isn't. It should read Monday to Saturday "daytime". All three services run every 20 minutes during the evenings and on Sundays.

But the "purple" is odd, isn't it? It would appear to be more frequent "off-peak" than "peak"; additionally, during the day (every day), purples extend from City to Meadowhell (purple dotted line).

Would it not be better to say:-

The main part of the leaflet consists of panel of text extolling the virtues of  the tram as the obvious and best route to specific destinations. 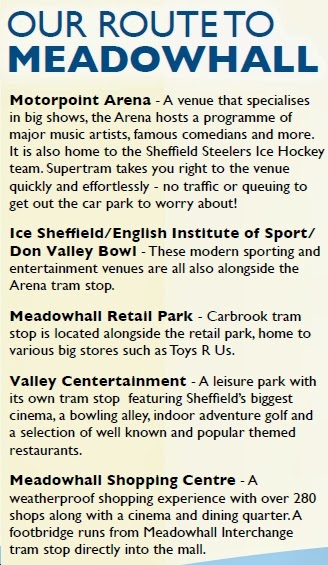 It really encourages you to take the tram to enjoy the weatherproof shopping experience with 280 to choose from. What a thrill!

There are lots of pictures ... 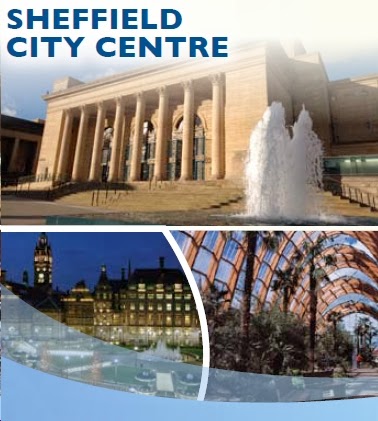 Surely, if TSY wants to encourage people to try out the bus, it needs to do better than this ... 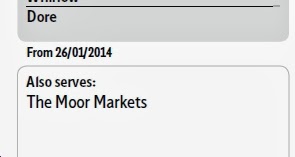 ... the only destination promotion on the new 81 and 82 leaflet examined in last week's (extensive) blogs. The routes also serve Malin Bridge for Rivelin Valley park ... 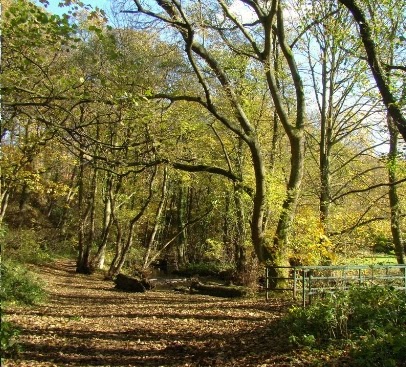 ... Hillsborough Shopping Centre, Botanic Gardens and Endcliffe Park, itself an excellent start point for Sheffield's magnificent "round walk". The latter offers a 14 mile route, all within the city boundary and mostly through parks and open country. 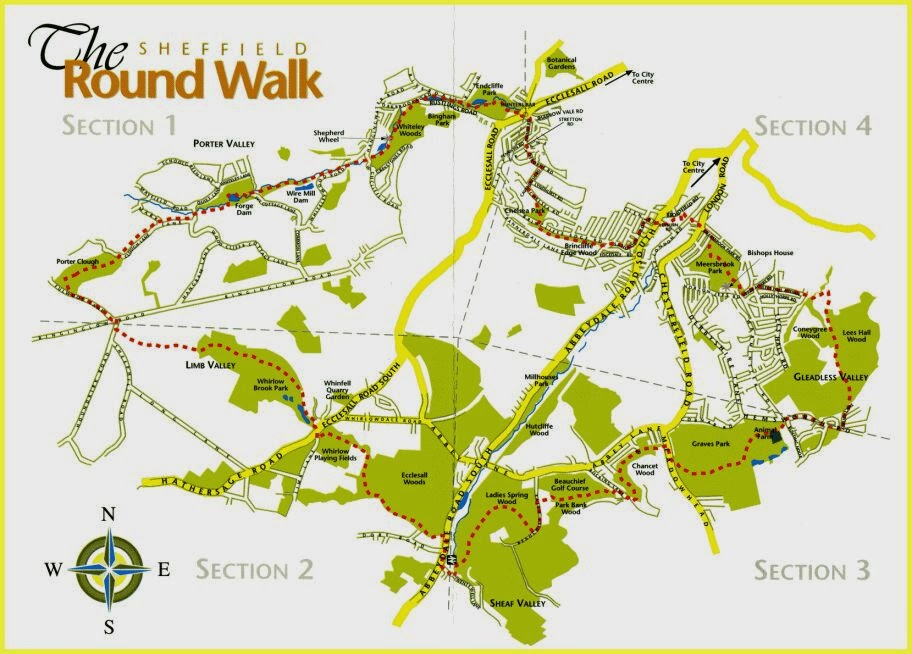 
Mrs fbb shops at Tesco. She has a Tesco Clubcard which offers discounted special offers and "points" to use in-store or for superduper deals on other "stuff".

Your point, fbb? Tesco would soon slip down the league of super Supermarkets if their advertising simply said,

No, Tesco is past master at enticing Mrs fbb (plus a few million others) into the store to spend more.

Shouldn't bus leaflets do the same?

Next bus blog : Thursday 23rd January
Posted by fatbusbloke at 02:00