The Horrors of Harlow!

The Family Tree of one Dennis Dart.
But it starts in Plymouth!


My blogging colleague (Plymothian Transit) published this piccy of Jacketts coaches bus-in-a-downpour. It's on route 13, formerly a Western National service. 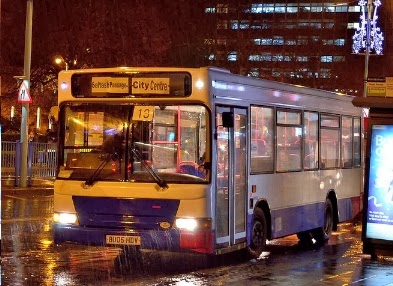 It previously ran in Harlow. But who was the operator? 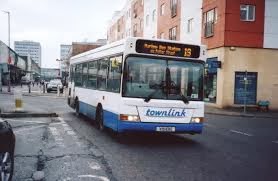 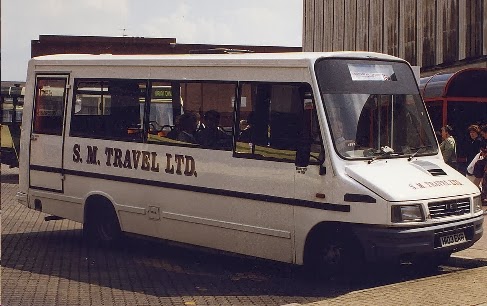 The story started in a small way just post deregulation when as SM Travel, route T15, then a peak hour ECC contract linking Potter Street with the industrial area at Templefields (omitting the town centre) was taken on. The route evolved into being a commercial operation providing an all day service on Monday to Saturday serving the Town Centre, and had numerous extensions, deviations, withdrawals and reincarnations over the years. 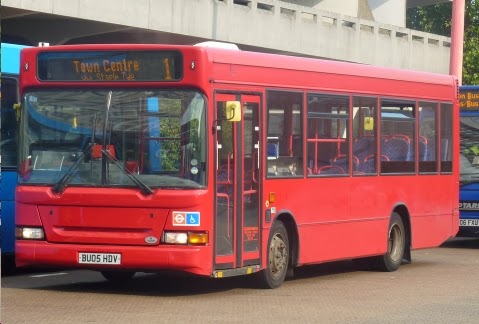 The Olympian Coaches name, after giving way to Roadrunner for bus work, re-emerged with repaints in 2012, succeeding a long period of un-branded operation. It has always been used for coaching, contract work, and also for the London commuter services that were taken over with the Stort Valley Coaches business in 2001. Many buses still remain un-branded. 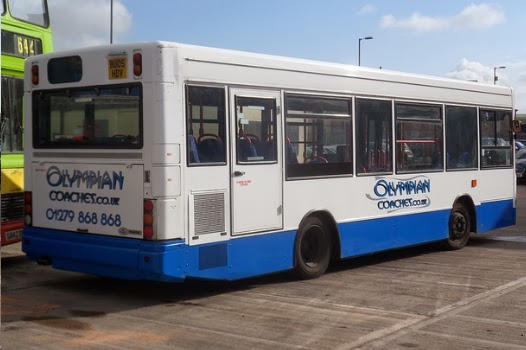 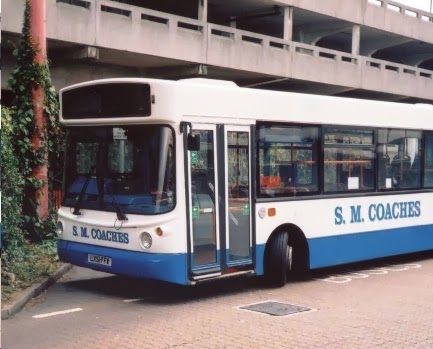 fbb has also come across a bus from the same group trading as ... 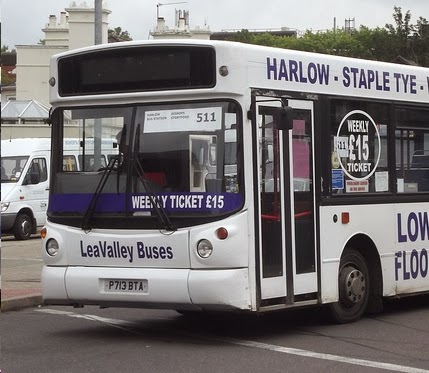 ... LeaValley Buses.  By now you are as confused as fbb, especially as Lea Valley took over the business of TWH, aka Travel With Hunny! The bus above, incidentally, is fully branded for ex Hunny service 555 but is operating Roadrunner service 511. Or is that Townlink? 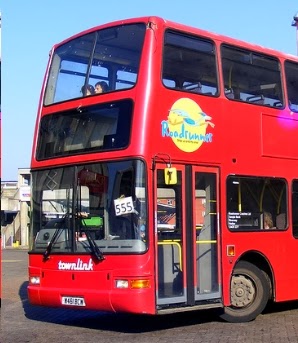 We might just return to sanity when we go a little further back into the family tree of Jackett's little Dart. Here it is with Nederlandse Spoorwegen (Dutch Railways), labelled Abellio on London Buses route P13. 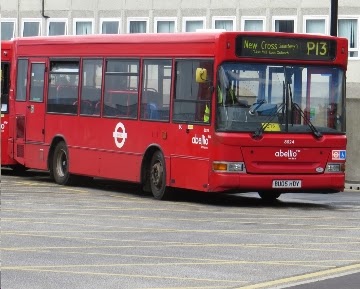 Later it was in use as a temporary office and for crew transfer. 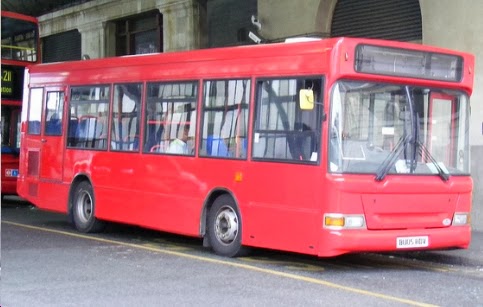 We are nearly there; almost at the birth date!

The little Dart was bought by National Express company Travel London in April 2005 ... 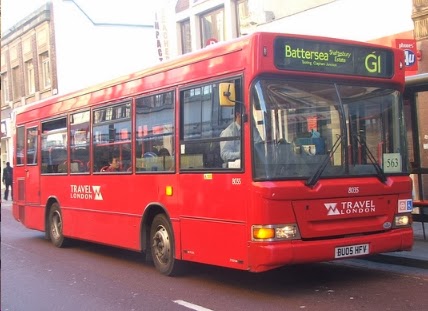 ... for route G1. Travel London sold out to Abellio.

According to the excellent "Ian's Bus Stop" Site, the bus was bought by Rotala in Birmingham in December 2012. 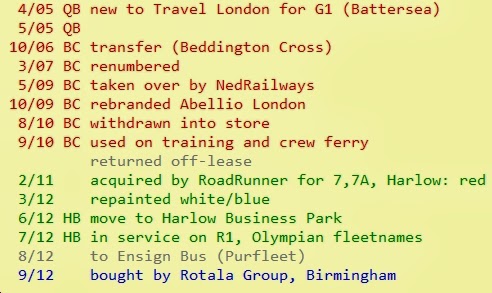 Neither Ian's site nor fbb's research has (yet!) been able to find details of the vehicle in Rotala Group's ownership but many similar vehicles have been operated in the West Midlands and Bristol areas. 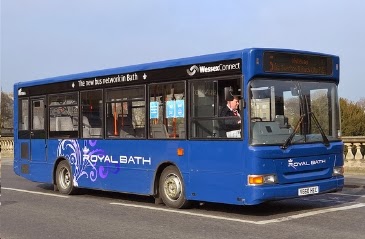 Maybe a blog reader can elucidate?


Next bus blog : Monday 13th January
Posted by fatbusbloke at 02:00