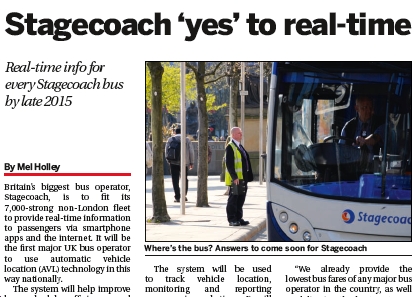 Britain’s biggest bus operator, Stagecoach, is to fit its 7,000-strong non-London fleet to provide real-time information to passengers via smartphone apps and the internet. It will be the first major UK bus operator to use automatic vehicle location (AVL) technology in this way nationally.

The system will help improve bus schedule efficiency and service performance, alongside instant service updates to passengers. It is also a cost effective way to help local authorities deliver real-time passenger information at bus stops. ('Cos Stagecoach isn't really interested in this new-fangled bus stop stuff. Let the local authorities mess it up!)

Work on a pilot is to be complete by summer 2014, with the system fully deployed in late 2015. The contract, an undisclosed sum of “many millions”, (so it's the passenger who will pay in the end!) has been awarded to VIX Technology to upgrade Stagecoach’s existing VIX TP5000 ticket machines ... 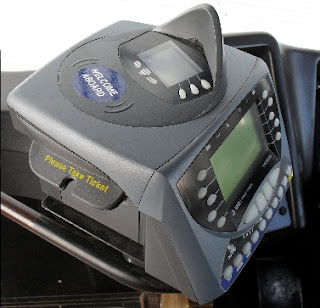 ... to deliver AVL. The TP5000 already reads ITSO smartcards, such as concessionary bus passes and StagecoachSmart products such as the Dayrider and Megarider. (It also delivers a passable slice of buttered toast, but Stagecoach is delaying implementation pending a decision on marmalade brands.)

“Passengers want certainty over when their bus will arrive. Investment in this new system will help deliver a platform to provide better journeys for our customers, more cost-effective information provision by local authorities and improve the efficiency of our own operation,"... 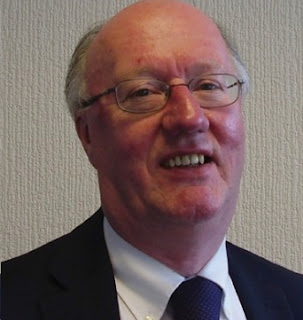 Thought : wasn't he once the celebrated Bob Montgomery, progenitor of urban minibuses in Manchester, then Sheffield ... 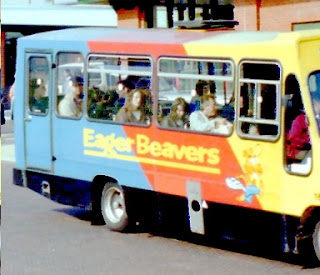 ... in the deregulation late 80s? Presumably he rises from maverick minibus Bob to dynamic director Robert now he is the big cheese of all Stagecoach's bus operations. And, no doubt, he had more hair them? 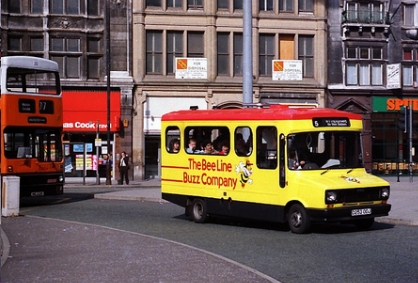 Managing director Bob Montgomery, who moved to Manchester Minibuses from Red Bus North Devon, says there has been confusion among bus passengers following deregulation service changes. "Our service will be the first benefit of deregulation they will see. We have invested £5 million in a business which will only succeed if people choose to use our service. We think they will," he says.

Only they didn't! Well not enough to make pots of cash.

fbb wishes Stagecoach well as it spends passengers' millions on yet more technology.

But a recent shopping expedition to Exeter with Mrs fbb revealed a very different story and a very poor attempt at so-called real time information. While the good lady wife was splashing the cash, fbb was allowed an hour and a half to observe the bus scene in the busy High Street. Several "real time" display units were simply not working as here at St Thomas. 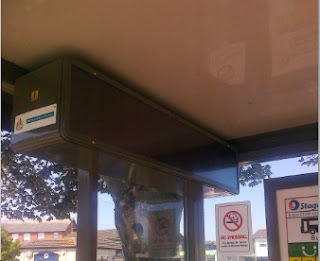 In other shelters only the bracket remained; the unit having been removed completely.

Where displays were operating (sadly incapable of being photographed) they were in red dots, difficult to read against a bright sun. 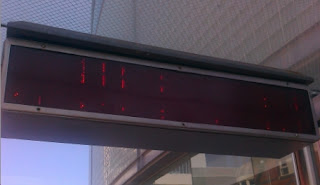 fbb sat in three shelters in High Street comparing the display with buses arriving and departing.

All the usual problems materialised.

Buses marked DUE did not appear. After a minute or so, details disappeared from the screen. After another minute the bus arrived!

At one stop a 20 minute frequency was ticking by quite happily, but another service running every 10 minutes simply did not appear on screen. The buses arrived and departed about every 10, but were totally ignored by the electronics. 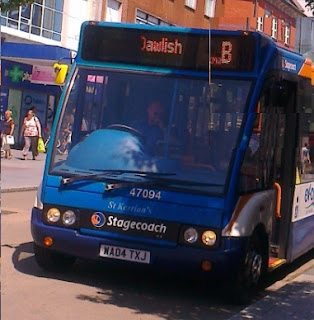 ... and the timetable it was going to Dawlish. A "local" confirmed that it was, indeed, on its merry way to Dawlish (admittedly via Exminster), commenting "But B should be for a City route; Dawlish isn't in the city!" He further opined that the electronic system was "rubbish" and even the Stagecoach drivers thought so. "One of them told me to ignore it," he expostulated.

So the challenge is this:- Stagecoach may well be investing millions in ticket machines that know where they are (and make delicious toast?) but if the display screens don't work, aren't repaired or updated (as in Exeter) the outlay is just a waste of money. While fbb was "observing" in Exeter, none of the 150 or so waiting passengers at fbb's chosen stops took any notice of the screens and no-one carried a tablet or was using their mobile phone for anything except, erm, phoning! 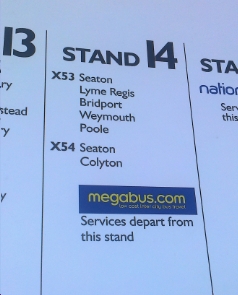 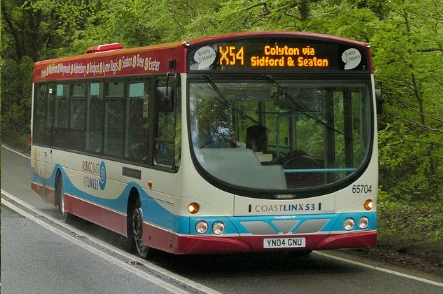 fbb is, of course, aware that this bus is also out of date, having moved to First Manchester Potteries North West and Cheshire in 2008.

And route details are still wrong on the flag. 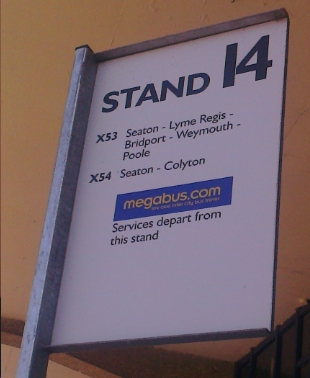 But it was run by F*rst; nuff said!