But You're Further Away Now 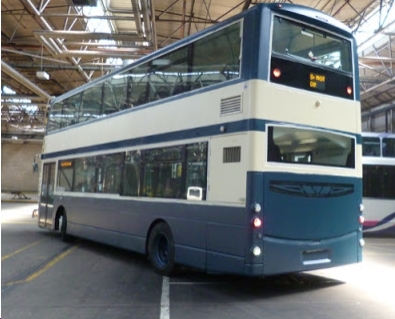 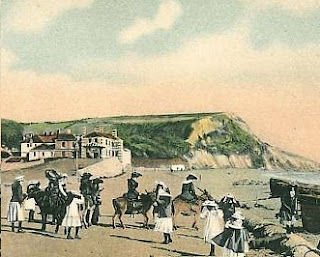 The move from Isle of Wight to Seaton came much more suddenly than expected and chums of the fbbs were, understandably, taken aback. "You are so-o-o-o lucky!" "Haven't you done well?"

Actually neither. As Christians, the fbb's prayed long and hard about the move; in essence asking God to make it happen quickly if it were "right" or to block the whole plan if it were "wrong" It happened quickly. [Note use of subjunctive "were" instead of "was" after the conditional "if". One did listen in Eng. lessons!]

A more reasoned comment was to complain, "But you're further away now".

So on Thursday 25th July, fbb got the chance to test this conjecture with a trip to Sheffield. A cumulative travel plus interchange time is shown after each leg (in hours and minutes, thus X:XX.)

In practice, Mrs fbb would drive her beloved to Axminster Station with no hold-ups or hassle. On the Island the road journey was shorter but the trauma of driving up the pier to the passenger ferry (and paying £1 for the privilege) brings the two car trips into alignment. Parking at Axminster Station is significantly cheaper than at Ryde Pier Head. But, for an accurate comparison, we imagine that fbb might go by bus.

Axe Valley buses (hourly) are timed to connect with trains; Southern Vectis (also hourly) are less helpful. Thus the next stage only applies to the Island schedule so is designated ...

Leg 1A
Crossing the water

From Axminster the trains are class 159 diesel units with 2+2 seating and there is usually plenty of space. From Portsmouth, the standard units are class 450 with 2+3 seating and they are often packed. If you are lucky you got a class 444 with 2+2 seating. There is no refreshment service west of Axminster but the Portsmouth trains usually have a trolley service for most of the way.

At Exeter St Davids it is a quick nip over the footbridge. London offers three flights of stairs, four escalators, two underground trains and  trans-siberian trek through the bowels of the earth at St Pancras. You really do need to allow at least an hour; especially if you have tickets restricted to a timed train.

OK, the poor interchange at Ryde costs 30 minutes; the kiss and ride would make the Nettlestone via London option about 30 minutes quicker; BUT with significant increase in stress, discomfort and perspiration. Similar calculations are even more marked when making a car journey. Here waiting for and crossing by car ferry can add 1.5 hours travel time. Seaton is further away from London, Midlands etc. but travel times are not significantly different.
-------------------------------------------------------
The "Axminster" schedules are not without their share of pressure. It began with an overhead line fault at Berwick-upon-Tweed. This had delayed fbb's return train by 24 minutes at Sheffield. Thanks to getting bunged up in various places, departure from Taunton was 45 minute late. Connectional time at Exeter was a maximum of 42 minutes!

Thanks to hidden "recovery" time and cross platform interchange, fbb made the connection with 2 mins to spare.