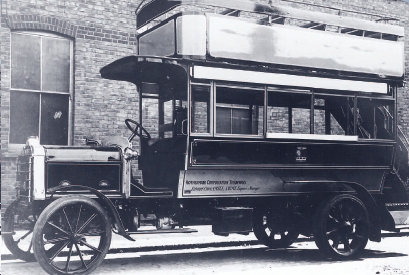 On Friday 26th July 1913, Rotherham Corporation started its first motorbus service. The bus ran from the town centre to Thorpe Hesley via the village of Scholes. 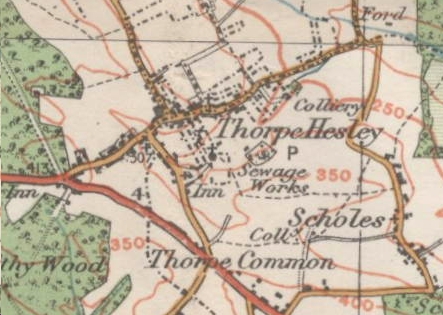 Thorpe Hesley's historic cottage industry was nail making, but folk gained employment latterly at two collieries; one was in Scholes and is shown on the map above. The other was at Barley Hole, north of Thorpe Hesley and just off the map (top). Barley Hole finally closed as late as 1974.

Rotherham Corporation intially ran trams, then trolleybuses; but the loan of one of those new-fangled motor buses from A R Fearnley in Sheffield convinced the civic dignitaries that the internal combustion engine was a cheaper alternative for rural and long distance routes. Hence Thorpe Hesley.

So it was that two magnificent vehicles were paraded in All Saints Square one hundred years later (to the day) on Friday 26th July 2013. 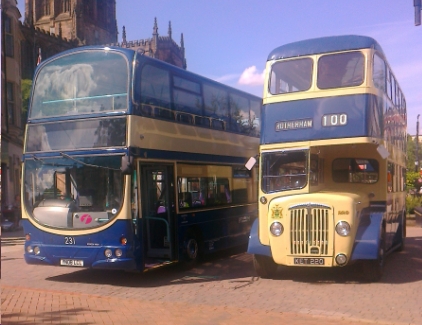 Following on from its Sheffield celebrations back in February ... 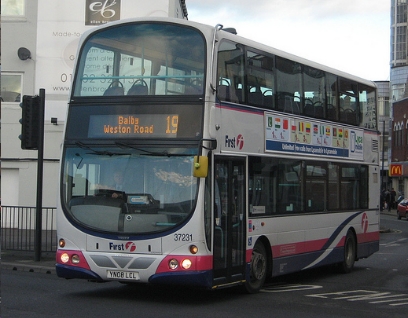 ... First Bus had repainted a vehicle in traditional Rotherham livery. 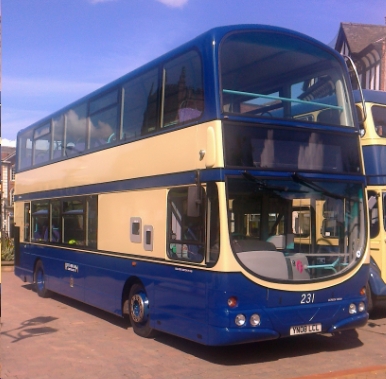 It was decided that the final version of the Corporation style best suited the modern vehicle. Even the interior is appropriately decorated. 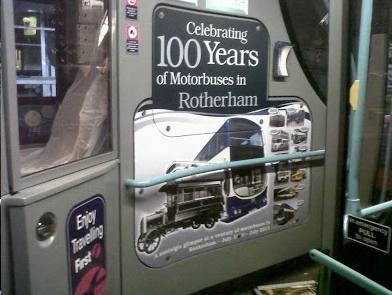 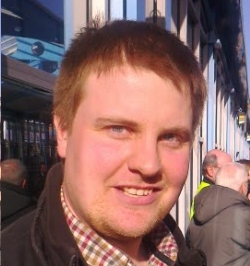 ... and his team at Rotherham depot had done a superb job in re-creating this version of the municipal colour scheme. The sun shone; "Phew what a scorcher!", as a huge crowd of guests, fbb included, boarded "Darren's beautiful bus" or the preserved Daimler (equally magnificent) for a re-run to Thorpe Hesley.

Upon arrival, the two centenary vehicles, joined by a Streetlite, took a photo call at the Ball Inn, traditional Thorpe Hesley time point. 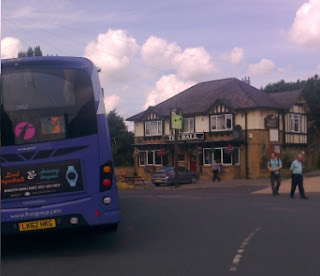 And, once again, the buses were the star attraction. 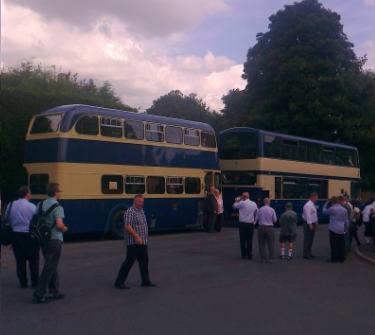 The party reboarded, some changing vehicles to sample changing times and changing gears, and returned to the town, noting en route a quirky spelling error in the village. 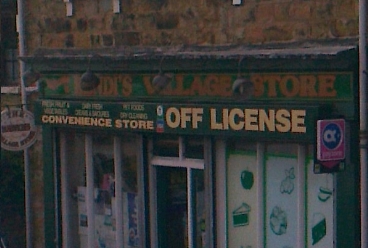 A buffet was served at the New York Stadium, home of the Millers ...

... Rotherham's footy team. ["Millers" not because of "dark satanic" but because they played at Millmoor, the now redundant ground. And "New York", not a pecursuor to expanding over the pond, but marking the historic name of that area of central Rotherham.]

The Lord Mayor and his Lady were present in New York (having ridden to Thorpe Hesley and back) ... 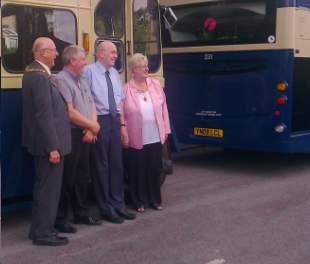 ... where his Worshipfuless John Foden graced the guests with a few well chosen words. Paul Fox, bus historian per excellence, gave a potted history of Rotherham transport and big boss Fearnley gave all and sundry his genuine and personal thanks for what was a magnificent day. 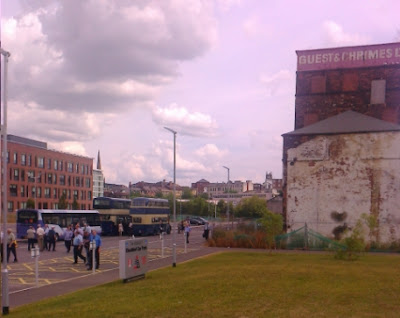 The departing guests are seen here, erm, departing; in the shadow of the decaying Guest and Chrimes facory buildings.

Guest & Chrimes were a large Brass Founders and Manufacturers based in Rotherham. The original site was on the river bank just below the old market place but this soon became too small and a new factory was opened on Don Street in the New York area in 1857/8. The office frontage (but not the backage!) has listed status. 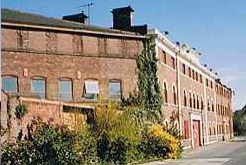 The company produced water pipes, gas pipes and fittings, taps and valves, fire hydrants and water and gas meters. Among their main products were:-

The factory closed in 1999 when, under new ownership, production moved to Derbyshire; thus depriving fbb of the opportunity to buy a new patent high-pressure double loose-valve cock. Pity, just the thing for the new home.

The old gives way to the new? 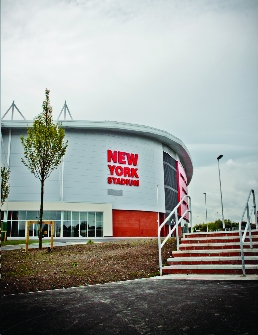 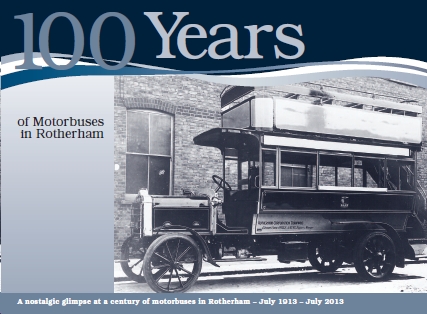