One Big Problem with Trams ... 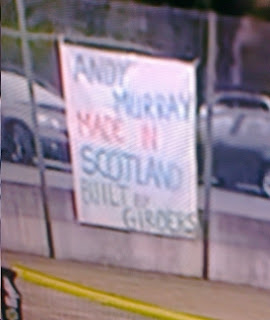 An appropriate description of the grueling and emotionally draining match. And it must have been tough for the two players as well. But a slight re-write of a famous advert for Scotland's favourite tipple ... 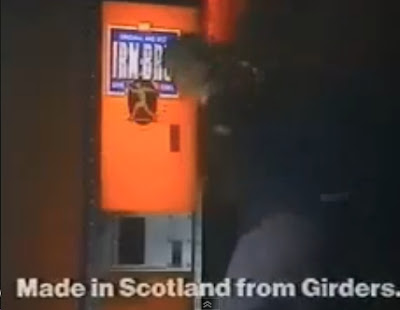 ... the tag-line here anglicised for the inferior English! 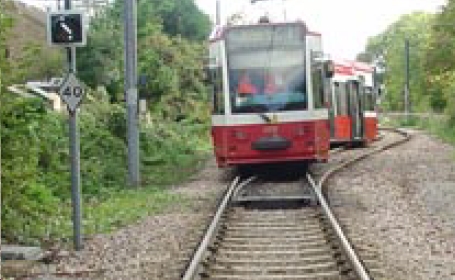 And occasionally fall off, as in the unpleasantness above at Croydon some years back. When the line is blocked, or when repairs are needed, everything comes to a halt.


The South Yorkshire Passenger Transport Executive (SYPTE)** put a bid in to the Department for Transport to fund the replacement of a large amount of street track which is said to be approaching the end of its safe working life. The bid was for the renewal of “embedded track” across the system which is made up of a grooved rail held in a slot in a reinforced concrete track slab by a polymer [i.e. "glue"] and is exclusively used on paved sections in pedestrianised areas and also where the tramway runs along the road.

Leaving aside the vexed question (much debated on-line!) as to why the rails are wearing out earlier "than expected", fbb reports that the work started a week ago on sections of the "blue" and "purple" routes. 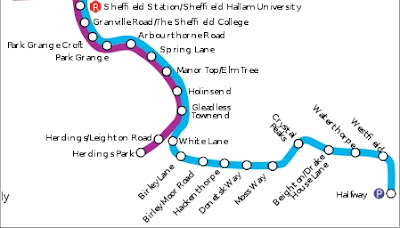 And here are two fbb map extracts to show just what is happening in this first phase of a very long project.  The section of track between Sheffield Station and Spring Lane is closed ... 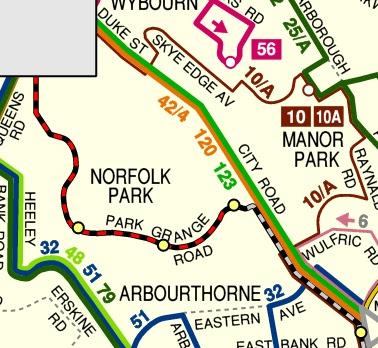 ... as is the spur to the Leighton Road and Herdings Park stops.

At the City end trams are running normally to Hillborough etc. and Meadowhell but the "blue" and "purple" services are terminating at the Sheffield Station stop. [confession time from fbb : this bit of YouTube was from an earlier disruption. It shows a reversal at the Station.]
At the outer end of the route, "blue" trams are also running the usual 10 minute frequency from Halfway to the Spring Lane stop ... 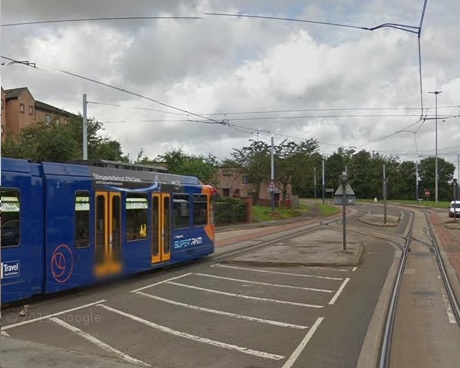 ... just round the corner from City Road. 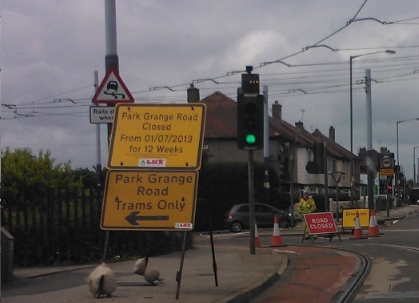 The gap is filled with buses; but it is not quite s simple as it would at first appear. Before we grapple with this challenge, we can quickly see what is happening at Herdings Park. This little spur off the "main line" has always been a bit of an anomaly on the system; it only ever warrants a half hourly service and, from close by, there are buses every 5 minutes into city by way of First's 47 ad 48. 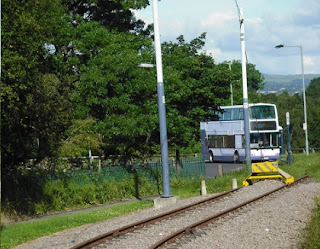 The journey times are not much different. Despite the other transport opportunities, Stagecoach is running a shuttle bus from Gleadless Townend ... 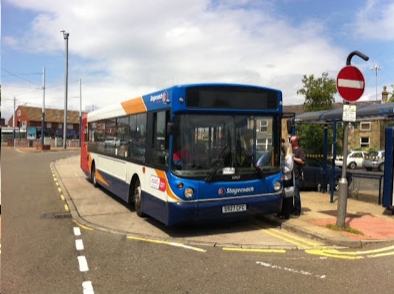 ... via a short hop to the Herdings bus turning circle.

But crafty Stagecoach does not miss a commercial trick. Well aware that disruption may reduce revenue, the replacement bus (numbered P1) extends during daytimes to the Hemsworth terminus on Blackstock Road. Here the P1 provides possible interchange with Stagecoach's competitive route 79 into the city. 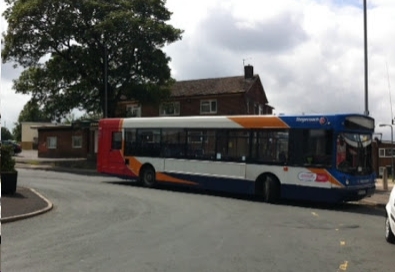 The extension to Hemsworth only runs when the 79 is operating, so no such link in the evenings; and only every hour Sunday daytimes.

Pity the poor Herdings inhabitants if they do choose to go the tram replacement way into town. First, they catch the P1 ...

... half hourly to Gleadless; then stagger across the road and on to the tram. Then travel for just 8 minutes on the tram to the Spring Lane stop where the other bus service will be at their disposal. What is the betting that most city-bound passengers will use the 47 or 48, or even the link to the 79. When correspondent David observed operations on the first day, the P1 was carrying ones or twos; count the people on this one! 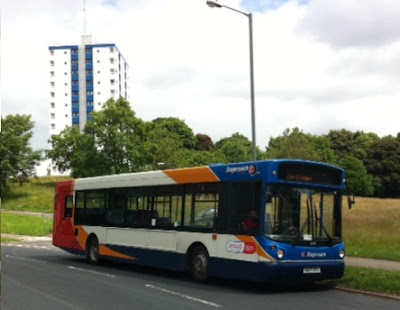 Things could be a little better for peak hour travellers, but they aren't.

A number of buses runs through from Herdings Park all the way via the tram route (but not quite!) to city showing route B3. Oddly these offer very little help as they are scheduled at strange times and in the wrong peak-flow direction. 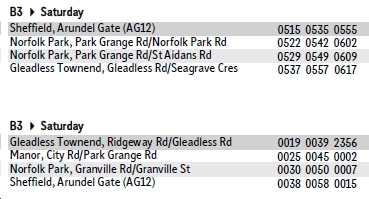 Someone more expert than fbb may be able to explain why the trips exist.

But all that is the simple part. Tomorrow we take a look at arrangements on Park Grange Road. In the meantime, enjoy a picture of the Herdings Park terminus, now bereft of trams and passengers. 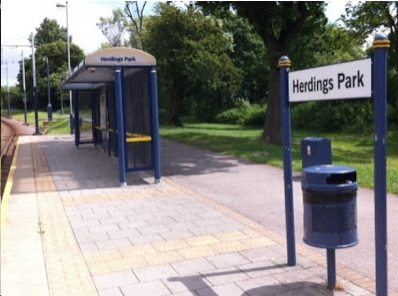 Question : as this spur is only used by one third the density of service (every 30 minutes instead of every 10) shouldn't the rails last three times as long? So an upgrade here shouldn't happen for nearly another 40 years! fbb has done the maths.

** The trams and the track are owned by the PTE; Stagecoach has the contract to operate the system.

Pictures and information for today's (and tomorrow's) blog from our Europe correspondent, David; safely home from La Belle France for his days off. Thanks "DWM"!


Next Bus/Tram Blog : Wednesday 10th July
Posted by fatbusbloke at 02:00