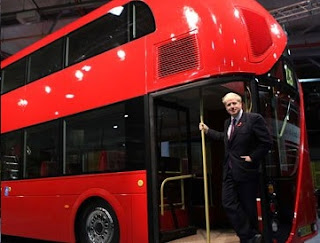 The first thing to note about fbb's journey from Hampstead Heath to Pimlico(and back!) was that Metroline (the operating bus company) was making ever effort to ensure that the service was running smoothly. There were supervisors at both ends. 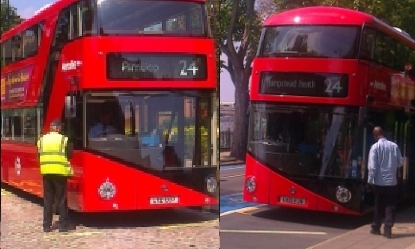 These chaps were clutching their working timetable boards and occasionally scratching their heads as they pondered a delayed or missing bus. Staff changeovers took place at Hampstead Heath (South End Green) with, apparently, a taxi service to and from to the depot.

Taking pictures of buses from the top deck of another moving bus is hardly a recipe for photographic high quality; but it will show something of these distinctive vehicles in the London street scene.

The route starts through typical and routine north London suburbs until Camden appears. In recent years this has become one of the big and trendy tourist shop'n'cafe spots; so it was busy, busy, busy. fbb was so horrified at the crowds that he forgot to snap away. This rear view taken on the return journey. 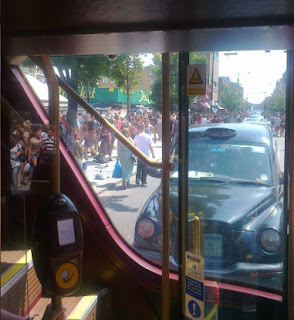 Every inch of the pavement was packed!

Proceeding from Euston Square towards the Post Office Tower, the problems of London operation were evident. Despite regulation and depite a six minute frequency ... 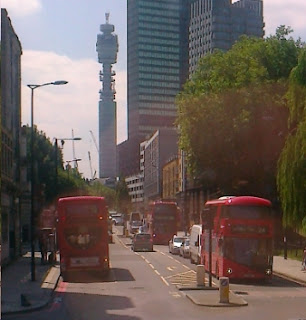 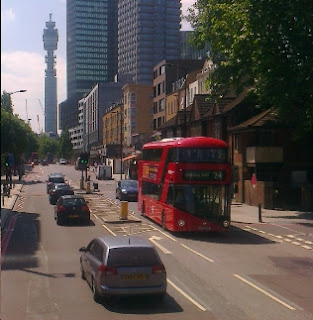 Which presumably means there were gaps of well over 6 minutes behind or before?

Similarly as fbb passed Trafalgar Square. Here at least half the population of the UK was enjoying the sun, the pigeons and the overpriced souvenirs. 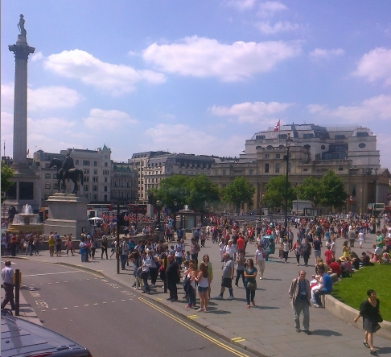 And two 24s were nose to elephantine tail! 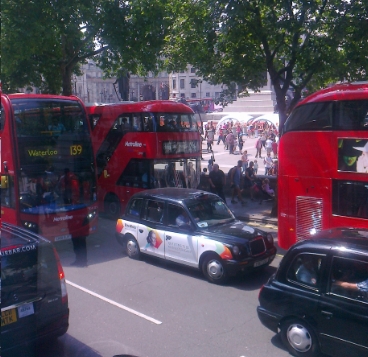 Icon upon icon seen as fbb trundled down Whitehall ... 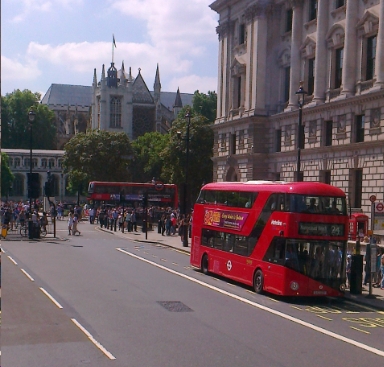 ... and past Westminster Abbey.

The Victoria Station area is a huge mess as Transport for London rebuilds the undergound station and adds a whole new and additional ticket hall. 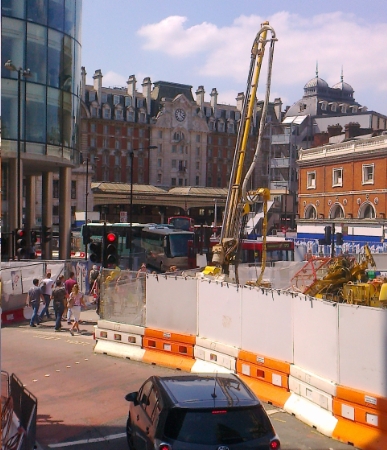 Loadings were slight all the way, but even quieter south of Victoria. 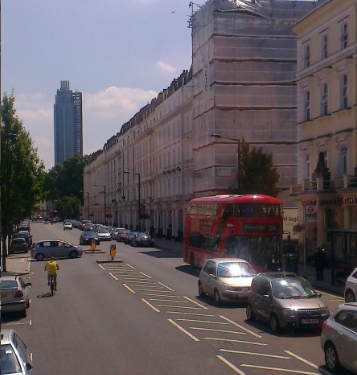 But here again, on Belgrave Road, one 24 was (as London Transport inspectors of old might say) up the exhaust pipe of the one ahead. 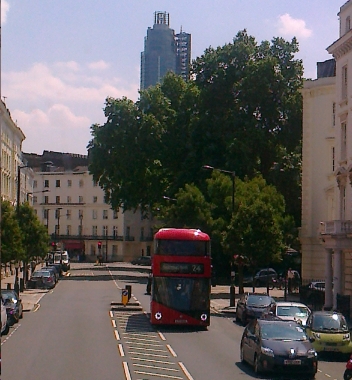 And so to the slightly fresher atmosphere of the banks of the Thames and the Pimlico terminus ... 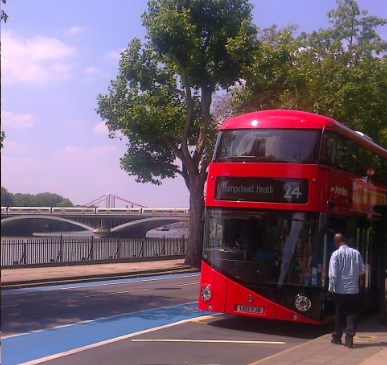 ... with a pleasing view of the river. In the background is Grosvenor Bridge carrying the railway from Victoria and, beyond, the tip of Chelsea suspension bridge.

But it was a very hot day; and Borismasters have not been hugely successful during the current sweltering spell.

So some of the on-board experience will be revealed tomorrow.