"Mandalay" is a famous poem by Rudyard Kipling that was first published in 1892. The poem colourfully illustrates the nostalgia and longing of a soldier of the British Empire for Asia's exoticism, and generally for the countries and cultures located "East of Suez", as compared to the cold, damp and foggy climates and to the social disciplines and conventions of the UK and Northern Europe.

Kipling's text was adapted for the song "On the Road to Mandalay" by Oley Speaks (among others). The song was popularised by Peter Dawson. 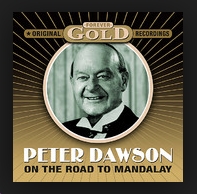 fbb is privileged to be the first to print the 2013 version. 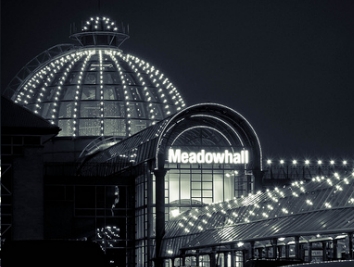 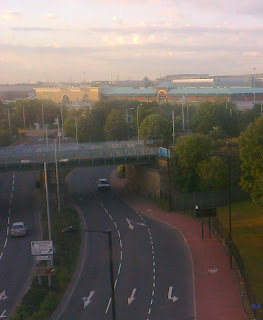 ... Come you back to Meadowhell. 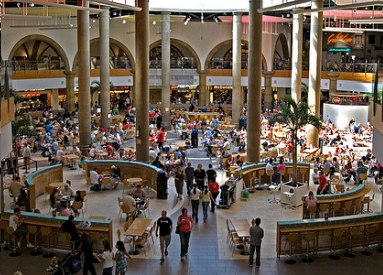 Come you back to Meadowhell
Where all you do is pay.
Can't you hear their cash tills clunking
While you're spending all the day 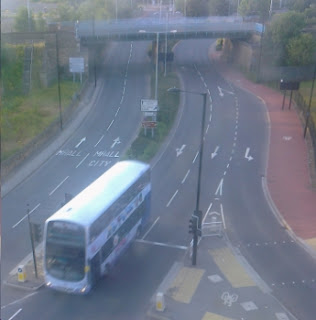 On the road to Meadowhell
Where the buses, trains and tram
Trundle past your bedroom window
Yes that is where I am! 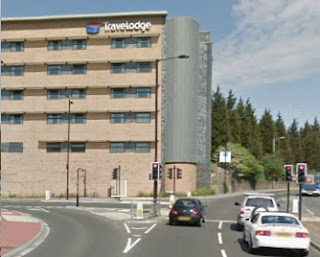 On the road to Meadowhell
See the public transport play
When the dawn comes up like thunder ...
As ... 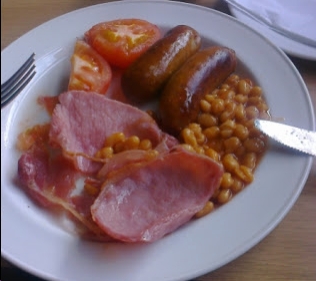 fbb spent the night of Thursday 25th July at the Travelodge at Meadowhell. The night presented the chubby one with a simple choice; either close the window and settle down in a giant sized George Foreman grill, or, keep the window open and enjoy the soporific sound of roaring traffic. Indeed, at 2300 Sheffield City Council started a programme of testing reversing bleepers on road works vehicles just below his window.

After barely adequate sleep, fbb's plan was to take piccies of all the types of train trundling past the window. Sadly, taking snaps through the very dirty window, into the rising sun, and with a mobile phone (!) produces poor results. So a few awful pictures will, at least, give something of the delights of Travelodge's "rear window". 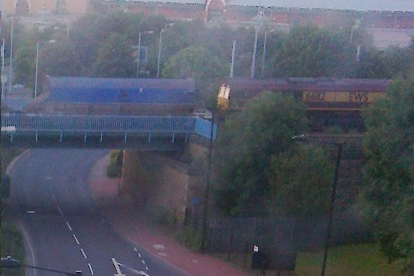 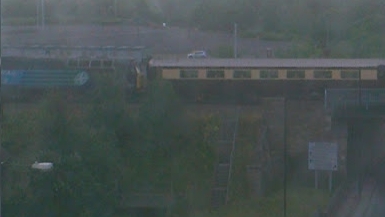 There were buses a-plenty, mainly First's X78 running every ten minutes between Doncaster, Rotherham, Meadowhell and Sheffield; 76 via Firth Park to city also every 10, routes 35 and 36 (each hourly) continuing across the north of the city for Hillsborough. Oddities were the A1 ... 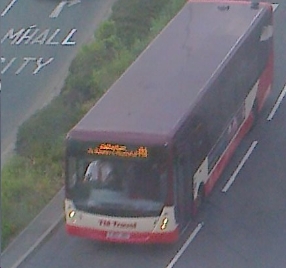 ... running between Sheffield centre, Sheffield "A" for Airport (long since closed!), Meadowhell and Rotherham. This route has the dubious privilege of being the only "normal" bus route to use the lower deck of the iconic Tinsley viaduct. 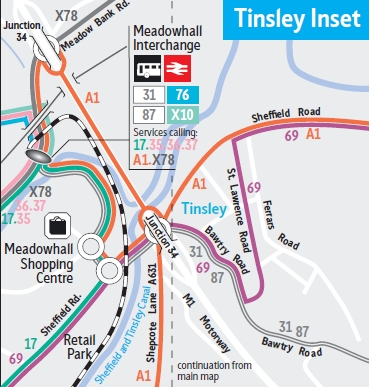 fbb feels publicising that fact alone should encourage a massive increase in patronage. 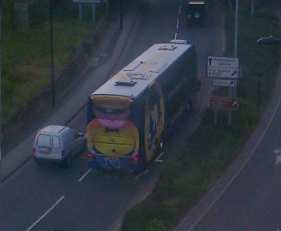 ... and National Express services pass by on their way to and from the shopping centre's bus station.

But, time presses, and we have a birthday to celebrate ...

So "orft we jolly well go" to All Saints Square in Rotherham. 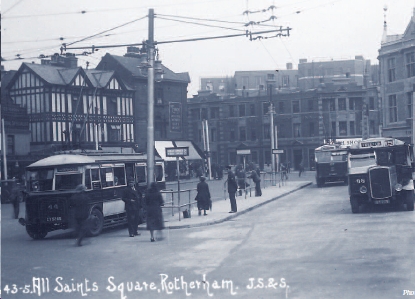 fbb does wonder whether it's changed a bit!