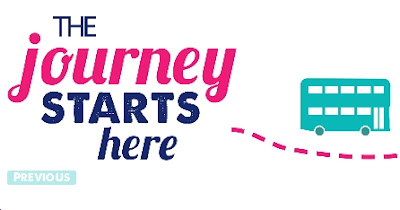 Or is it, perhaps, a poor sketch of one of Accrington's Wulfrunians? 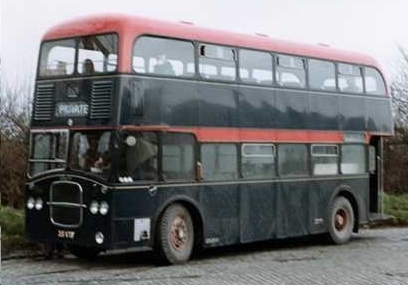 They do things differently in France! 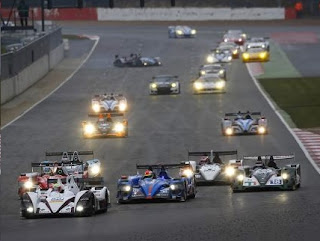 Le Mans' inhabitants are called Manceaux (male) and Mancelles (female). It has been host to the famous 24 Hours sports car race since 1923.There are actually two separate racing tracks at Le Mans, though they share certain portions. The smaller is the Bugatti Circuit (named after Ettore Bugatti, founder of the car company bearing his name), a relatively short permanent circuit which is used for racing throughout the year. The longer and more famous Circuit de la Sarthe is composed partly of public roads, which are closed to the public when the track is in use for racing. The "Le Mans start" was formerly used in the 24 hour race: drivers lined up across the track from their cars, ran across the track, jumped into their cars and started them to begin the race.

But "Greater" Le Mans is a large city with a population of about 300,000. The urban areas of Hull, Reading, Preston, Newport, Swansea and Southend are of a similar size. Could we expect a tram network in any of these UK localities in the foreseeable future? 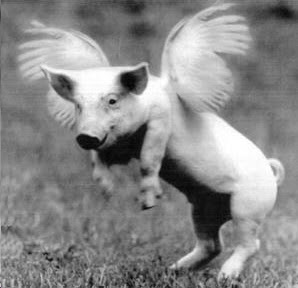 But Le Mans has trams.

It also has the birthplace of King Henry II of England ... 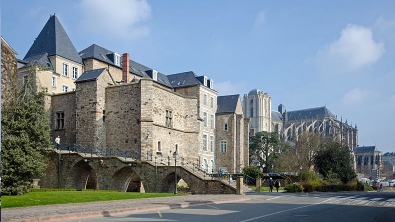 ... and is home to tennis star Jo-Wilfried Tsonga. 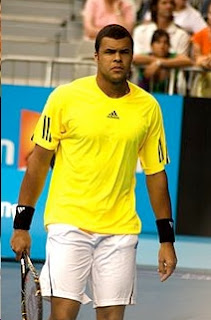 David, European lorry driver par excellence, has provided much of the material for this blog. Having made his delivery late one afternoon in flaming June, he parked up near the southern terminus of the tram at Avenue Antarès, a park and ride site near the race tracks. 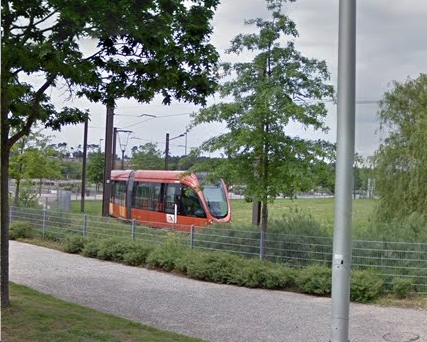 Here the distinctive red tram is ready to run cross-town to l'Université ... 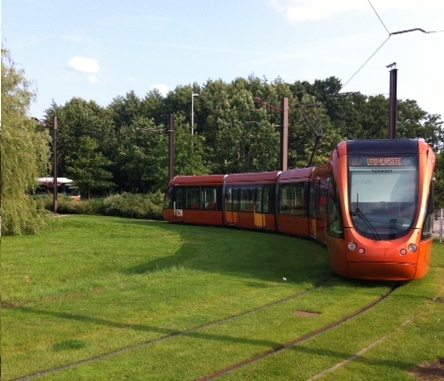 The tram runs along the busy Avenue Georges Durand ... 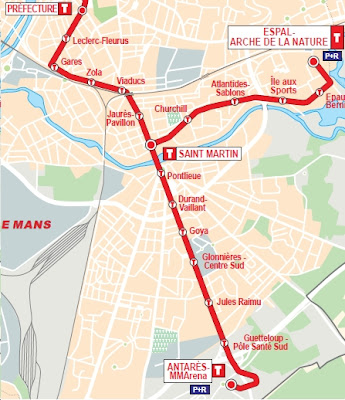 ... northbound to Saint Martin, where it is joined by the branch from Espal at a busy junction station. 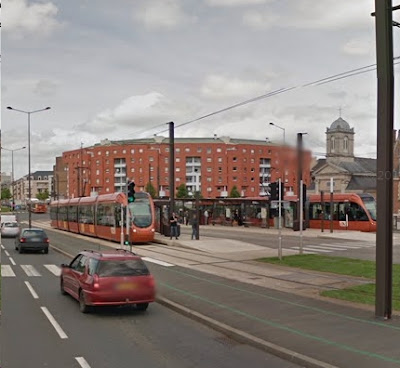 Note that the connecting buses (of which more tomorrow) run though that road in the middle, between the tram tracks; connections are literally from exit door to entry door.

The line continues through the city centre, past the railway station ... 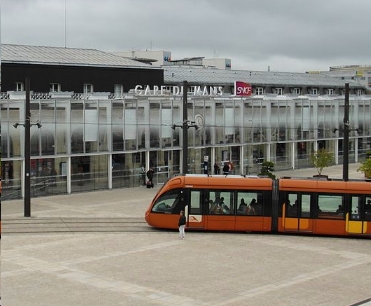 ... and on to the university. Here the terminus is at another huge park and ride site, this time with multi-storey car accommodation ... ... in the stylish building on the left. Yes, that is a multi-storey park and ride car park. Posh isn't it? 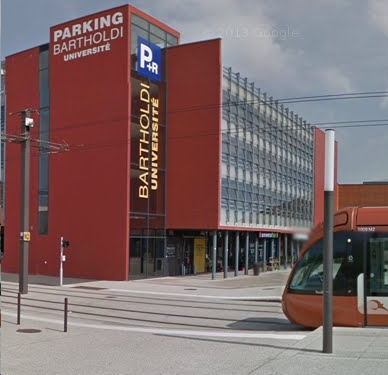 And "Bartholdi"? Frédéric Auguste Bartholdi (2 August 1834 to 4 October 1904) was a French sculptor who is best known for designing the Statue of Liberty. 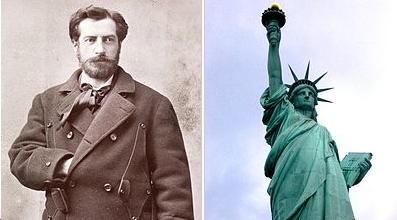 It was rumored in France that the face of the statue was modelled after Bartholdi's mother.

But they do things differently in France!

The tram line is almost exclusively on reserved track; so, "How do they do that though the city centre?" you may cry. 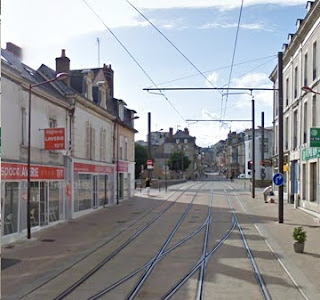 Answer: they close the roads, as here on Avenue Gambetta! Only residents have parking permits and deliveries are severely restricted. Tram roads are for trams, pedestrians, cyclists and emergency vehicles only. Imagine the outcry if this were to happen in Sheffield. Close West Street completely? Can't be done! 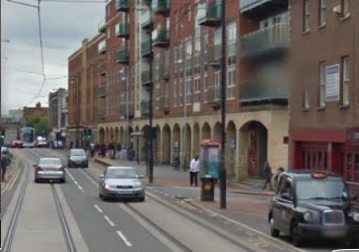 And they close bridges as well (Pont Gambetta)! 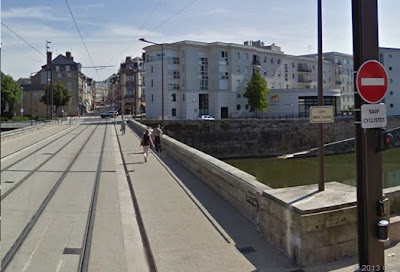 And all these closed roads have been repaved with miniature stone blocks. It is high quality all the way and very very impressive.

Having whetted our appetites, tomorrow we examine the three Fs; Fares, Facilities and the Future. In the meantime, test your knowledge of French:-

Thus, we see that the modern version of the Le Mans tramway is only 6 years old - and "they" are building more!

That's how they do things differently in France. In towns of more than 100,000 residents a 1% payroll tax is levied on every business with more than 9 employees; hypothecated to be spent on transport. "Hypothecated" means the dedication of the revenue from a specific tax for a particular expenditure; i.e. it must be spent on transport which does include road schemes.