So the abbreviation SETRAM combines a selection of initial letters with the importance of the new (from 2007) tramway network in Le Mans.

Fares
As you would expect from a highly subsidised Public Transport service, fares on the SETRAM network are ludicrously cheap, offset (of course) by France's much higher levels of direct and indirect taxation. Somebody has to pay eventually!

When our European correspondent explored the line from Université to Antarès MMArena he bought two single tickets at 1.40€ each [£1.15 approx]. He could have bought a return at 2.80€ - although with no discount, it would be hard to see why he might. A single ticket is valid for one hour, not from time of purchase, but from time of validation on the first journey. In practice this covers a typical two-leg cross city journey. Tickets are bought from the bus driver or from machines at tram stops ... 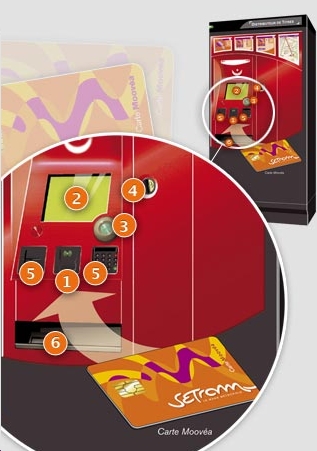 ... with clear instructions; a system which failed completely in Sheffield, but seems to be OK in Croydon.

But it would seem that hardly anybody in Le Mans will pay as much as that! There is free travel for "seniors" and the disabled ... 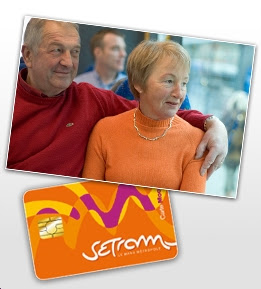 ... and a vast range of smart-card discounts which lower the price to a little as one euro a day. The "Moovéa" card uses a stored value system and can be loaded with any of the discount products. Of particular interest is ...

... Pass Liberté. This allows you to travel as little or as much as you want for one month at normal fares but is "capped" at the monthly season rate of 37.50€. Cheaper than chips!

Facilities
With the introduction of the first modern tram route in 2007, the bus network was re-jigged to ensure that all the main bus routes offered a range of connections with the tram lines. Here is bus 18 at L'Université ... 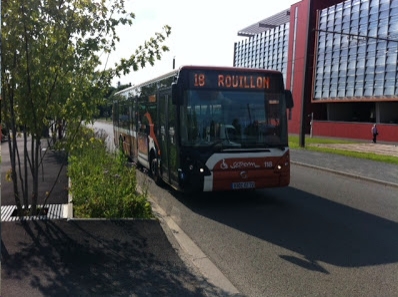 ... calling obviously, conveniently and on time with the arriving and departing trams. 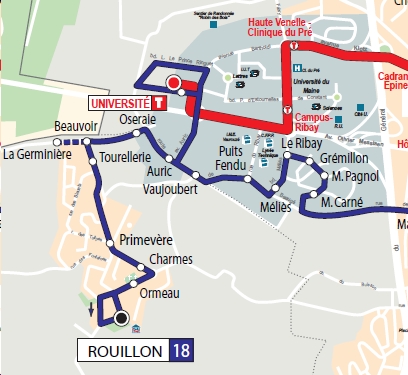 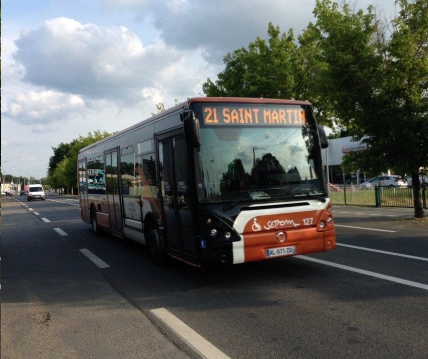 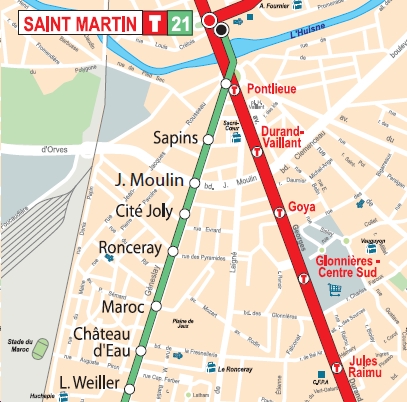 ... where it pulls up right next to the tram stop on its own bit of dedicated roadway. 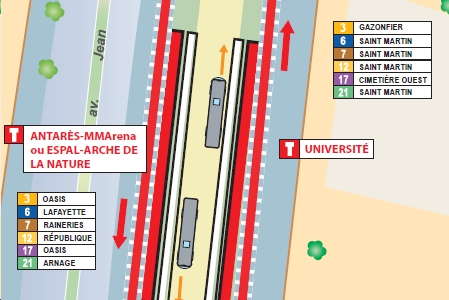 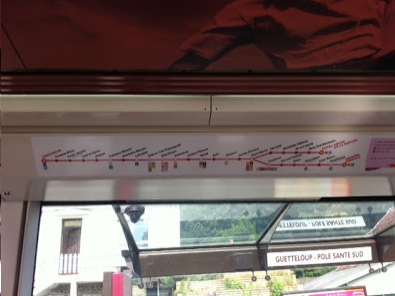 ... not up a pole, but on the shelter so the name can be read easily by passengers in the vehicle. David did not explore bus stops as such, but reports that every tram stop had both a line diagram ... 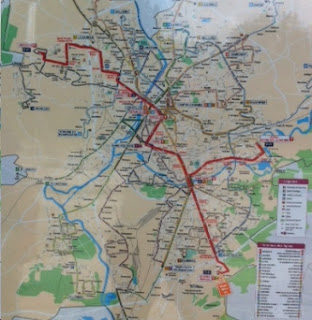 ... and a detailed street map of the area nearby.

The only downside to the network was a lack of timetables, both on-line and posted at stops. But departure lists were alway available, apparently at every stop! This was from a bus route. 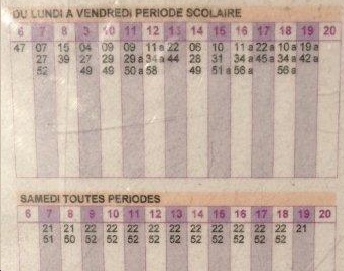 The real time information delivery was impressive and very simple to use on-line with  minimum of clicks ...

... and displayed in real language not computer-speak. Standard system at stops.

Future
And there's more. A new northbound line is being constructed as we speak ... 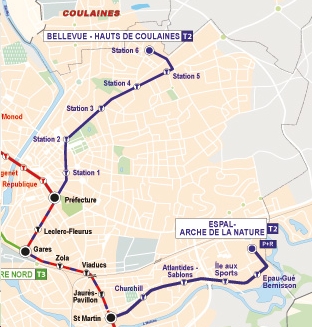 ... which will be linked to the existing Espal branch thus creating line 2. Next comes a new Line 3 south from the Station. 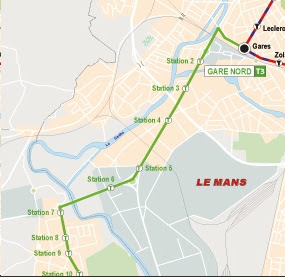 fbb could go on and on, but, thankfully, won't. Could this happen in UK? Of course it could but it won't because we have been conned into believing that we can have low taxes and good pubic services at the same time. NO WAY! 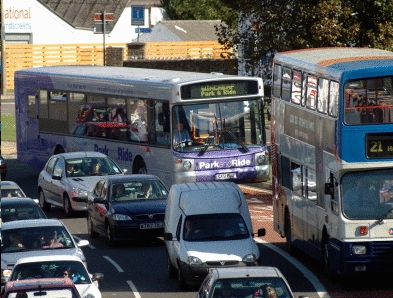 Or privatised bus companies and a traffic free-for-all?

But, back to that new Line 2 currently under construction. The arrangements offer an interesting comparison with major track renewal works on Sheffield's tramway. A blog to anticipate (?) for tomorrow.

Next Bus/Tram Blog : Monday 8th July
Posted by fatbusbloke at 02:00