The Siddy And Timmy Show - Part 2 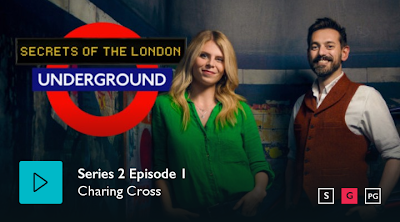 You would guess that Timmy (Tim Dunn) was scythingly jealous as, for this section of their first episode in series 2 about Underground "secrets", Timmy was banished completely.

Siddy was exploring the Kennington Loop - the only place on the whole of the Underground where trains reverse using a "turning circle", somewhat like the abandoned loop at Embankment (see yesterday's blog).

Siddy did explain that trains arrived at Kennington ...

... run round the loop and depart from Kennington returning northbound. She was privileged to be able to walk round the loop (with power off!) during a bout of engineering work at 0200 one night. 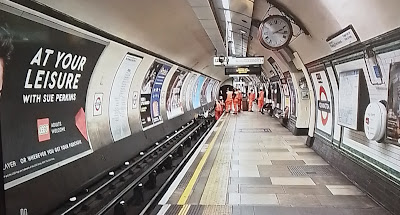 After a safety briefing from an LT safety officer ...

... she sets off walking in the opposite direction to that used by the terminating trains. 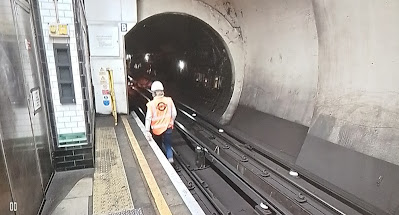 Watching an amiable presenter walking along a dusty railway tunnel for 15 minutes would not be the highlight of any TV programme ... 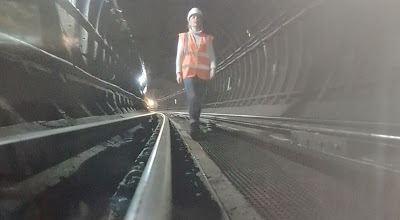 Continuity? She is now walking in the opposite direction, the way the trains go.

But we did get the chance to experience the junction with the new line from the Battersea Power Station station (via Nine Elms station) ...

... Battersea to the right (larger tunnel, safety walkway beside the rails). So trains would, at normal operating times, be coming towards us! 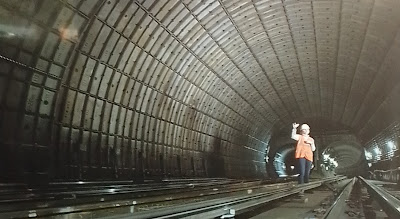 Siddy enthused greatly about a step plate junction but fbb felt that a non-enthusiast audience might well be confused by the interaction between the loop and the lines to Battersea.

Blog readers who are interested in things technical might enjoy 6 minutes of explanation from the contractors revealing the technology behind a step plate junction.

Maybe a step plate too far for the average "Yesterday" watcher.

After her delight about the junction for northbound trains, Siddy is pictured climbing onto the platform used by southbound terminating trains. The cynic in fbb thinks that she only nipped in to the northbound tunnels to do the step plate filming then ran back to the opposite platforms and stepped up as if arriving from the full circuit. 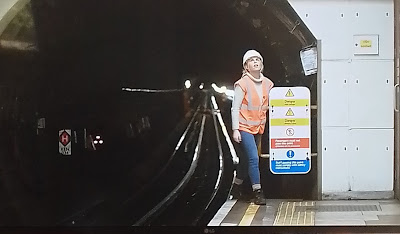 So here is a diagram, looking south, of the junctions and loop before Battersea was built ... 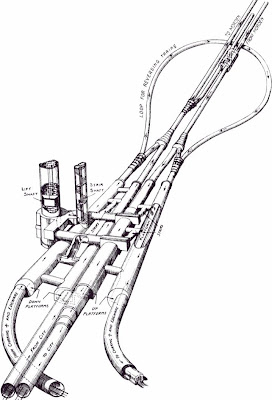 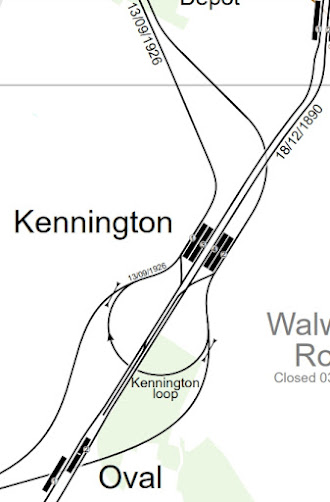 ... courtesy of the excellent Carto track map. The original "City" part of the Northern line (1890) enters upper right; the West End "branch" (1926) enters top centre and the Battersea lines are shown diverting from the loop.

Note that, although West End trains can continue to Morden, City trains cannot access the loop OR the route to Battersea.

Likewise, if it is necessary to terminate a train from City at Kennington, it must use the reversing siding sandwiched between the two Morden lines.

Which takes us back to the most misleading graphic in Siddy's nocturnal nurdle via the loop. 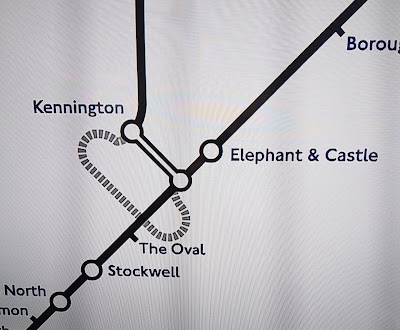 The dotted loop is decidedly dotty. IT IS WRONG! And it doesn't even mention the lines to Battersea. Trains simply cannot DO what the "Yesterday" graphic shows! 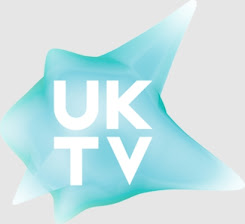 UKTV, of which Yesterday is a small part, is a wholly owned subsidiary of the BBC. Come on, Beeb, we expect better of you than very, very wrong graphics.

But where was Timmy? He would have been delirious with excitement to walk the loop but he wasn't allowed. Was it London Underground regulations? Or does he suffer from a railway version of speluncaphobia (look it up!)? Or does he really need his beauty sleep to maintain that affable and smiling persona that we all love? Or was Siddy simply cheaper? 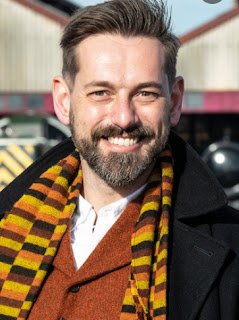 Sorry you missed it. Tim. 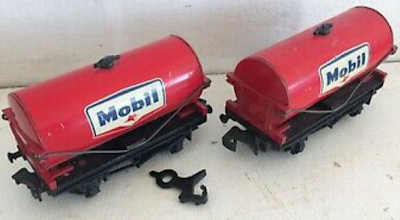 You make them into a wagon type that never existed on the real railway and, furthermore, was never manufactured by Hornby Dublo. More tomorrow. 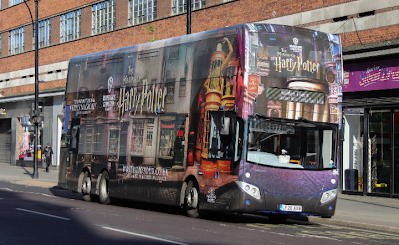 It's that Harry Potter again, contravisioned on a Golden Tours Coach that will whisk you from London, through spotty suburbs and a bit of spotty countryside to enjoy the Warners Studio Tour at Watford. 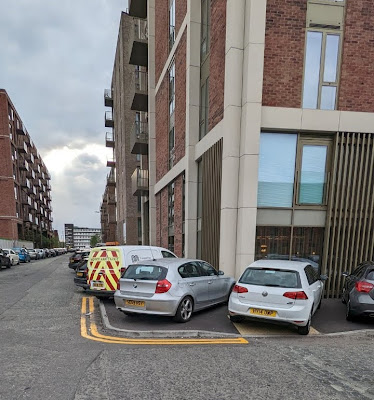 When in Manchester; and if you need to park ... 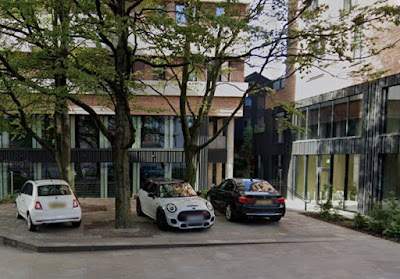 Note, in the top picture, a Transport for Greater Manchester van.