They Added The Windows Later? 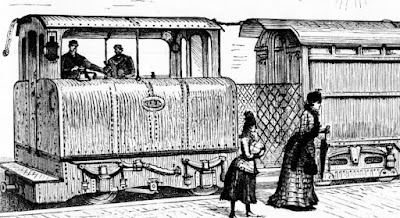 So said Timmy to Siddy as they explored a carriage from the very first "tube" railway that ran, initially from the City at King Edward Street (not far from today's Bank station) to South London. There is a clue in the company name!: 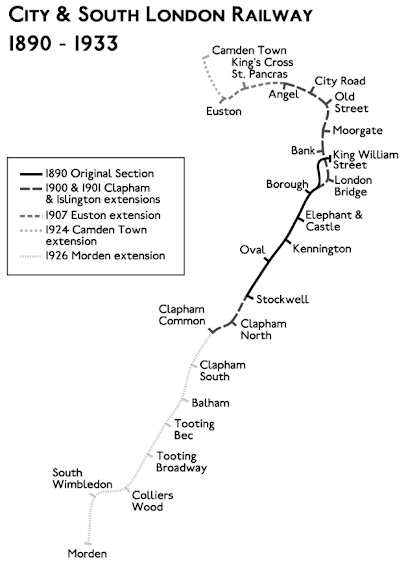 But fbb can only find pictures of these unattractive vehicles with their tiny little windows in place. 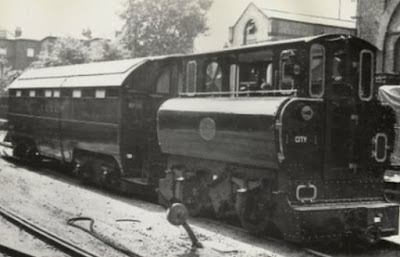 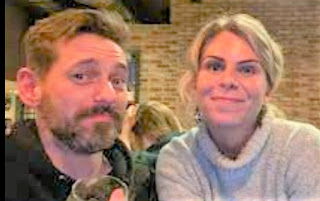 fbb does not know for certain, but, elsewhere in Timmy's twittering oeuvre, the maestro reveals that there exists a padded cell "clone" without windows.

"But where?" we hear our readers cry.

For this we must go to the Great Northern Hotel, seen below over the roof of St Pancras, courtesy of Google Earth. 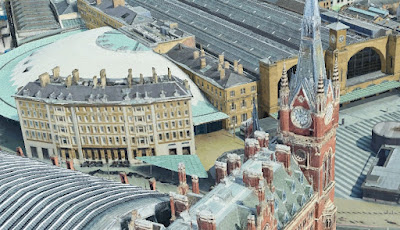 The new Kings Cross concourse was cleverly designed to fit the curved shape of the hotel. As part of the general up-fettling of the area, the hotel has been substantially upgraded - in luxury as well as price.

Hmm. Just a smidgen too much for fbb's budget.
But perhaps you could go down to the basement without spending a fortune. Here you would find a corridor that artistically re-creates a window-less "padded cells" carriage ... 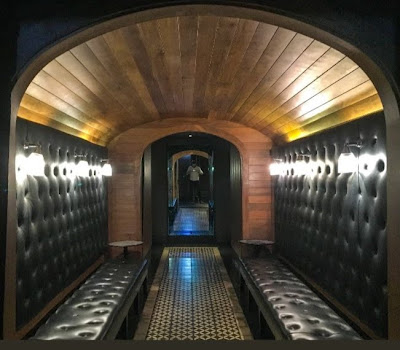 ... and the fenestrated original (or not the original original as the case may be) is shown for comparison. 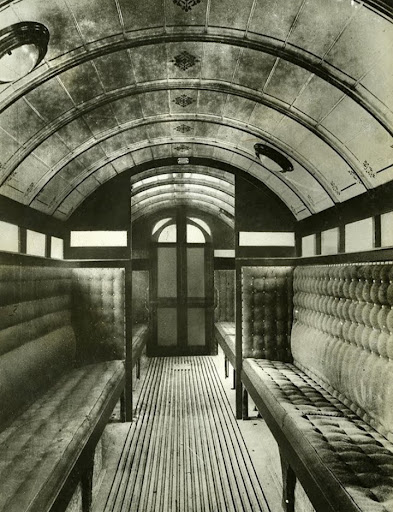 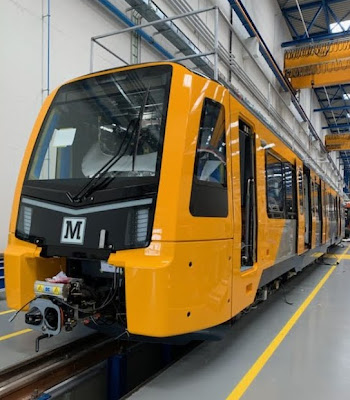 Pictured at the Stadler factory in Switzerland. But fbb is disappointed. On the current trains the driver's cab is only half width ... 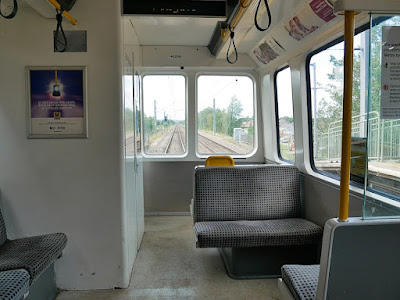 ... which means, if you are lucky, you can get a front view all the way!
The new trains, it would appear, have a full frontal cab. Shame!
Here is approx 3 minutes of video telling you how truly wonderful Stadler are.
Wagons Roll
Rails of Sheffield are offering all savvy railway modellers a real bargain, their EXCLUSIVE Iron Mink. 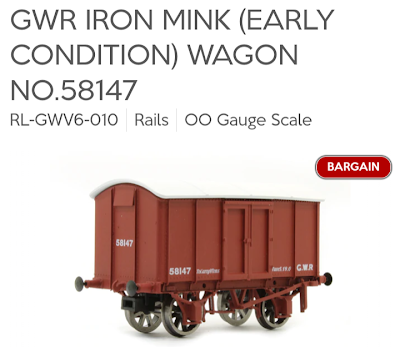 In many ways it is a rarity; as it is designed and manufactured in the UK. Mostly everything is made in China.
Offered originally at £37 (OUCH), the knock-down price is now £29 (LESS OUCH). Were the finances even more agreeable (remember there's £4 postage to be added), fbb quite fancies the GWR wartime special livery. 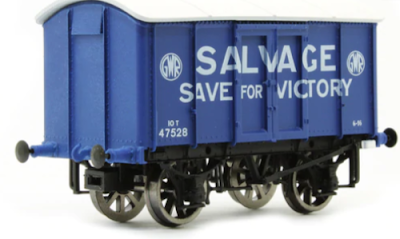 Did Rails order too many, hence the "bargain"?
And then there's the Accurascale CDA hopper wagon - a superbly detailed model. 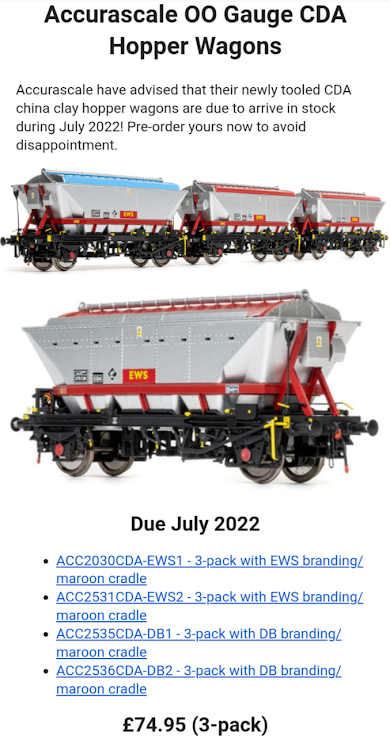 But why should fbb have to buy three? At £25 for one, and with a rush of blood to the head, he might have bough just the ONE; but three ... ?
Where To Buy A Large Site Pump? 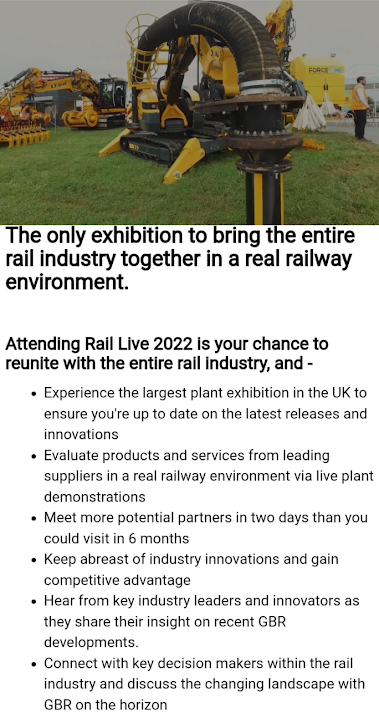 Seems just what the fbbs are looking for. AND they can go by train. 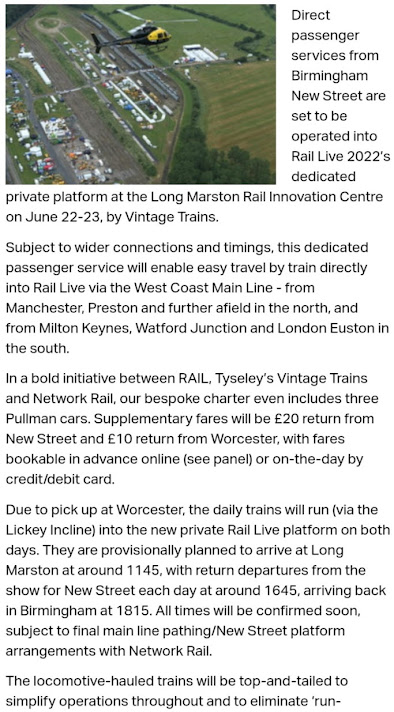 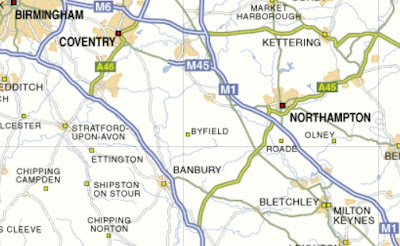 Seems a long way round! But you can get a bacon roll!

There is also a link from Great Western territory. 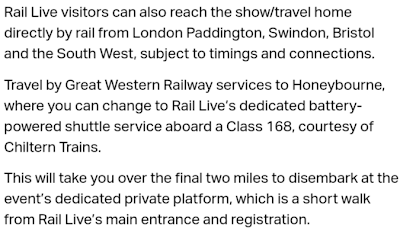 Maybe leave the site pump for a while, then?
IT Fails - Get Out The Felt Tip Pen 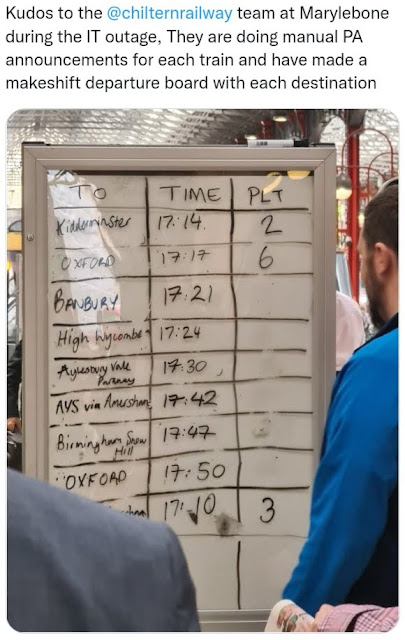 Izy Come, Easy Go!
Izy?
So now you know!
Cheap and slow is not always a successful product. 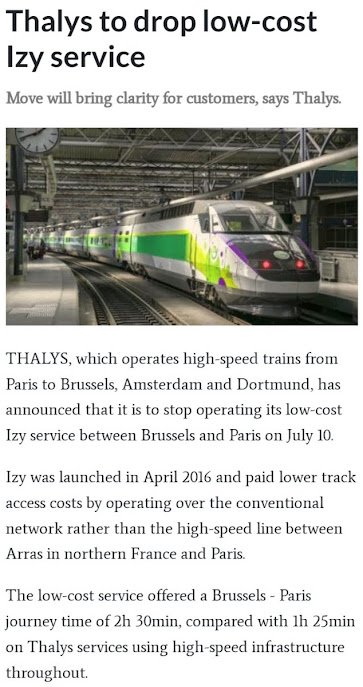 As all our readers know (?), Thalys has recently been merged with Eurostar and the Brand Awareness consultants have, apparently, been earning their ludicrously fat fees. This article reveals how:- 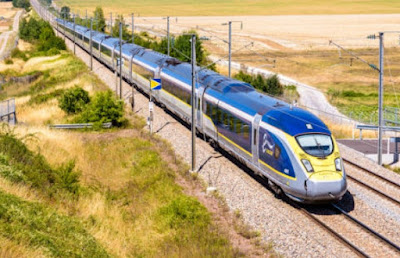 Will it be sticky-backed plastic or a complete repaint? 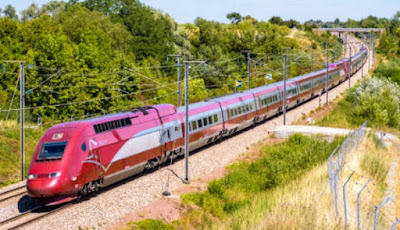 Next GoAhead Go Backwards blog : Mon 23 May
Posted by fatbusbloke at 02:00