It was on 1st May 1972 (Ah, Yes, we remember it well!) that a rather seedy and negative British Rail (soon to be "Great" again?) did something truly innovative. They opened a brand new station in the middle of nowhere in particular. It was on the site of Stoke Gifford freight sidings ... 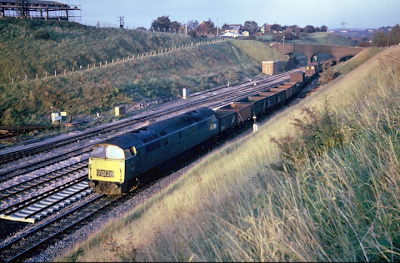 ... on the northern fringes of Bristol but actually in South Gloucestershire. It was an area where huge housing and office developments were planned and the location was helped by the closure of the former Midland Railway route into Bristol. 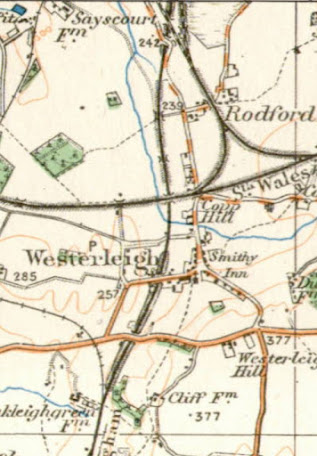 Trains travelling south from the Midlands could turn sharp right at Rodford eschewing the route via Westerleigh. Then it was a sharp left after Stoke Gifford ... 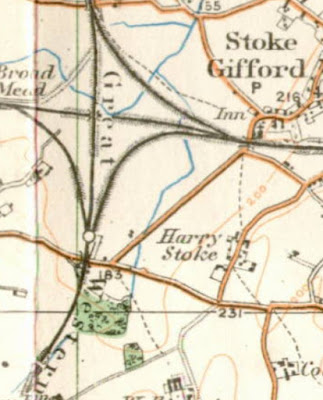 ... and down Great Western metals to Temple Meads.
A very youthful John Craven was dispatched by the BBC to report on this momentous ferroequinilogical happening. Here are a few telling screen shots. 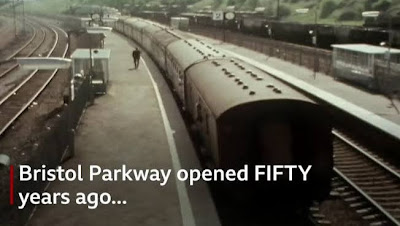 The station was, by the standards of the day, basic. As John pointed out, pointedly ... 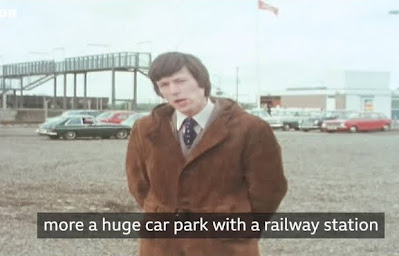 The facilities were pretty  much non existent. 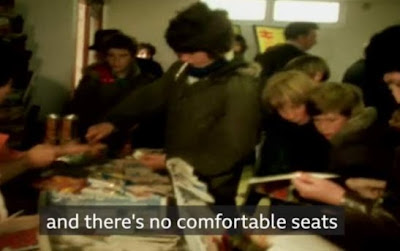 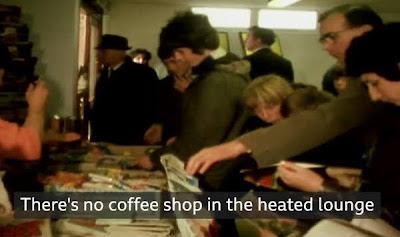 A BR promotional picture shows just how minimalist the brave-new-world station was. 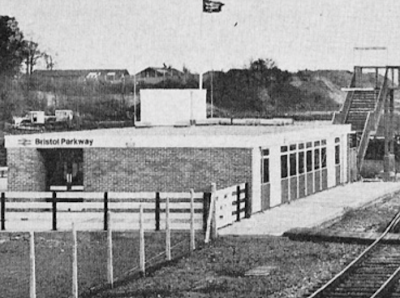 The single storey station building led to an open footbridge which served the two simple platforms. 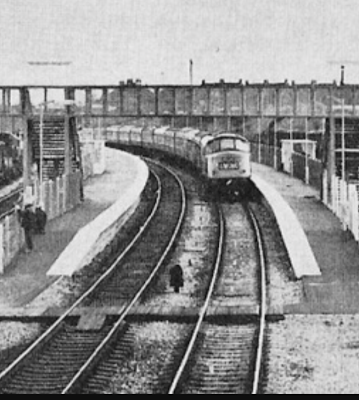 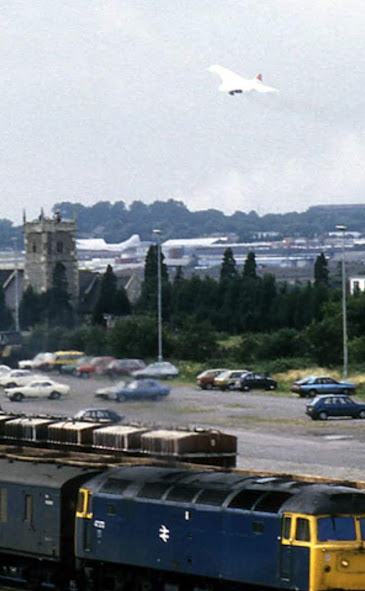 ... shows a somewhat rudimentary car park. Note Concorde on its approach to Filton Airfield! The church still stands proud on the village green ... 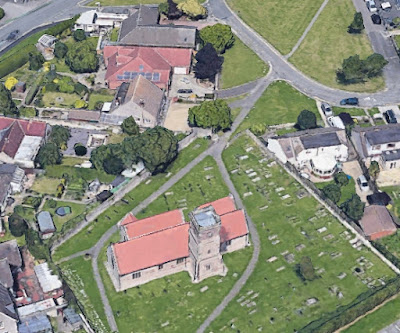 ... but a little lost surrounded by modern development. One "facility" at the 1972 Parkway station which did not last into modern times was a taxi-bus service from the immediate surroundings. 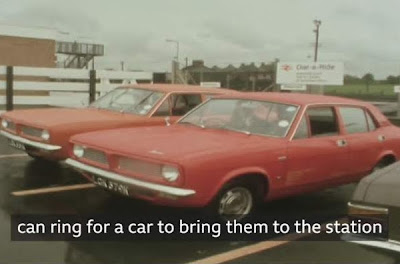 It is revealing to compare then with today.
The freight train approaching Stoke Gifford (picture above) was probably about here - compare the overbridge in the distance. 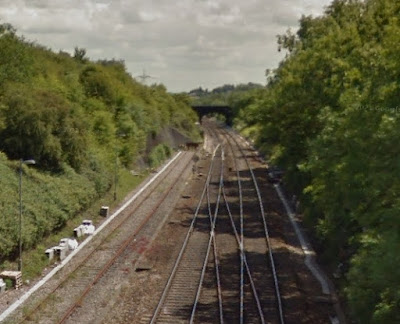 But the station is barely recognisable! 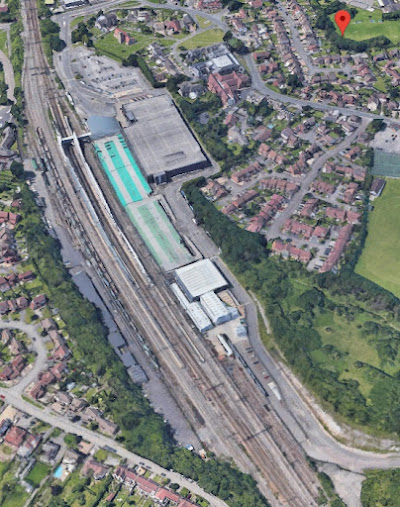 You can just about spot the church, upper left. 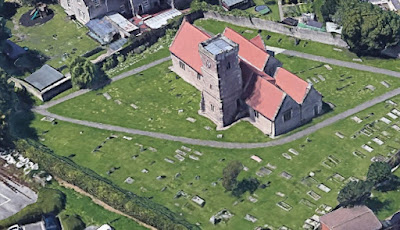 Wikipedia charts how the station has developed. In simple terms it gained two extra platforms, a massive new building ...

... with caff and, recently, an additional Costa-Lot hut. 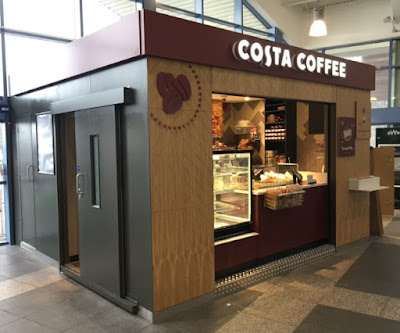 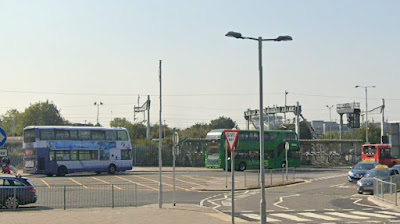 ... with a new Stand D confusingly separate from the rest! 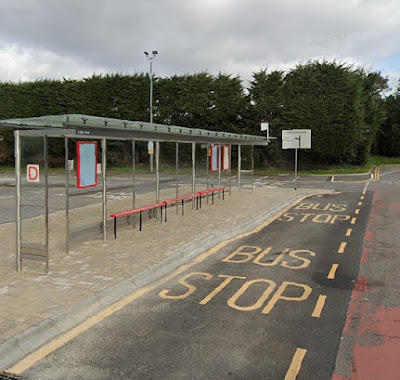 It looks nicely over engineered in readiness for the arrival of a Metro bus service, but so far only two local routes exit the station "via the back door" where Metro Bus M1 passes by, tantalizingly close.

The Y6 runs from Southmead Hospital to Chipping Sodbury ... 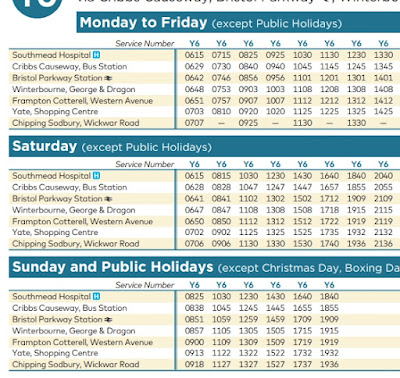 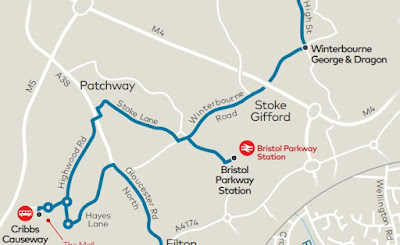 The 19 runs from Cribbs Causeway shopping centre to Bath ... 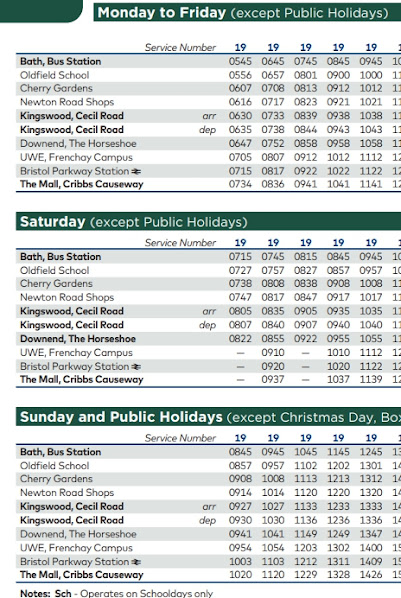 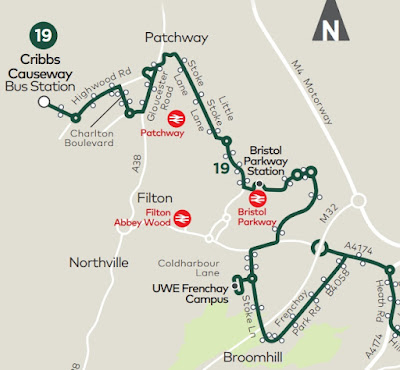 Of the Bristol city frequent services, only First's 73 serves Parkway.
But the map above is from First's web site so admits no other. There is a comprehensive Bristol area map from Travel West ... 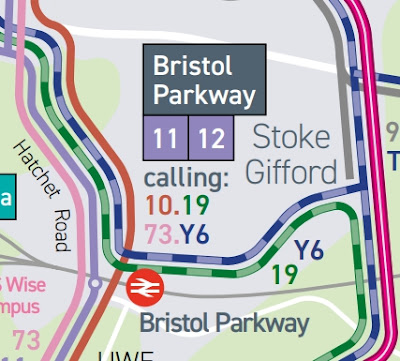 ... which shows everything calling or termination at the station. 10 and 11 run to Southmead Hospital and Avonmouth ... 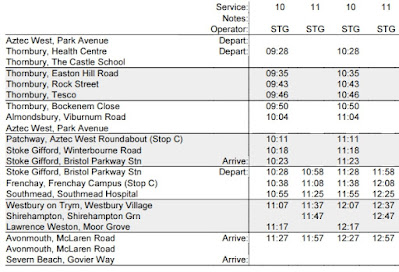 But there are plenty of local areas NOT linked to the station - hence the need for, amongst others, the Metro Bus.
But most folk go by car and there are massive multi storey car parks to cater for them!

There is one oddity to the east and north of the station's platforms. It appears to be an extra platform shrouded in gloom and darkness.

Here it is again looking back towards the main station. 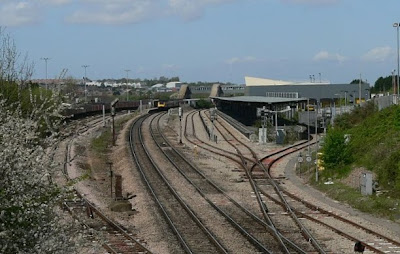 It was a Royal Mail terminal, replacing activity at Temple Meads, and opened about 18 months before most mail was withdrawn from rail!
Bristol spawned many Parkway stations. Some were rebuilds or re-openings at existing locations - others were brand new. 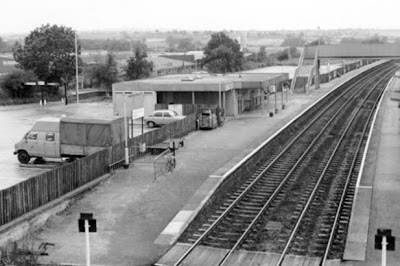 One, Alfreton and Mansfield Parkway was somewhat unsuccessful. Situated on the Erewash Valley line between Chesterfield and Nottingham, it did not have many "proper" InterCity trains, merely having calls by fairly "local" services. 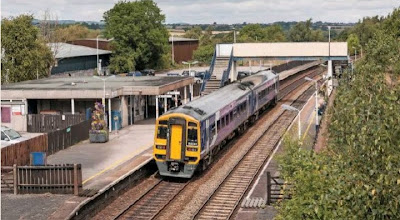 It has now reverted to being simply "Alfreton"! 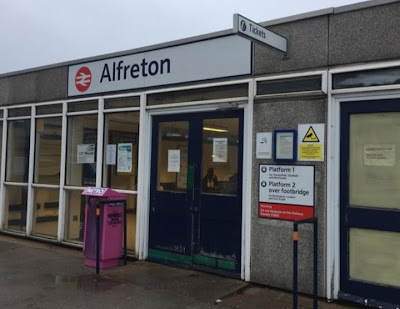 Another contributory factor to the removal of the Mansfield Parkway tag might, possibly, have been the re-opening of the original Mansfield station in the centre if the town and part of the extended Robin Hood Line.
It is possible that readers may not have heard of Swanley Parkway Station.
fbb will reveal all tomorrow.
Next Blog of Mystery : Wednesday 4th May
Posted by fatbusbloke at 02:00