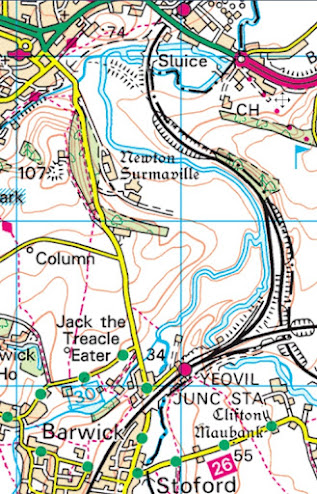 Penn Mill is unnamed on the map (top centre) and Junction is close to the adjoining villages of Stoford and Barwick. Service 68 has, for many years, been in the hands of South West Coaches. 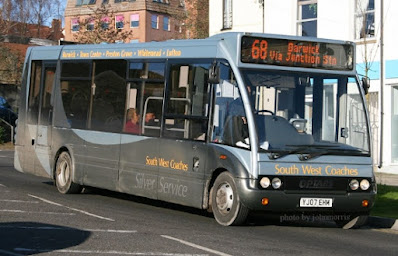 The two railway companies have been very keen to encourage interchange passengers ... 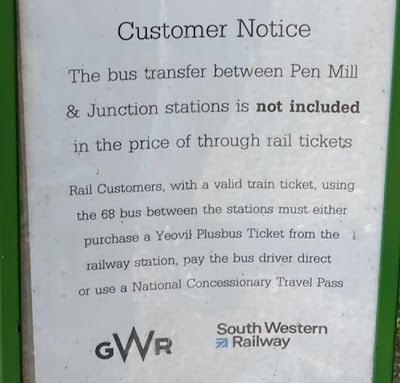 But in recent times Pen Mill Station has disappeared from the former "Link" timetable. 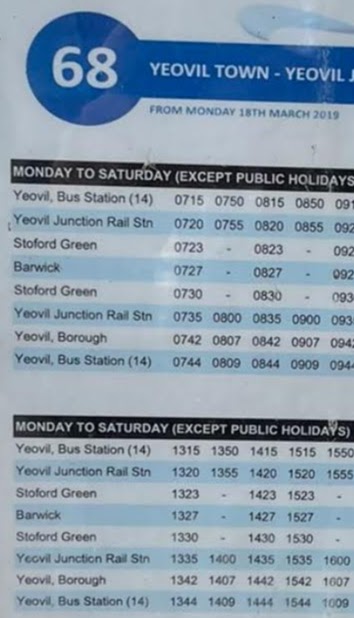 The one-bus-in-steam appears to do a run to the villages and back, then a short working to the station only with a round trip of one hour. But no Link to Pen Mill.

South West Coaches will no longer operate the route after service on Wednesday. 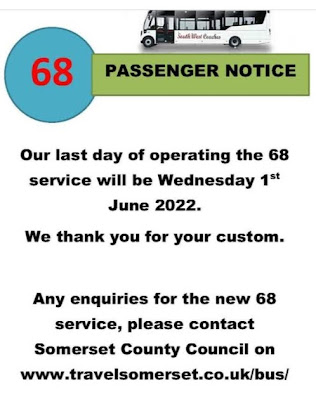 The route doesn't not run on Sundays and Bank Holidays.
The more positive news is that Somerset County Council will take over the route from Saturday 4th June and run it "in house". And the even better news is the Pen Mill returns to the schedule. 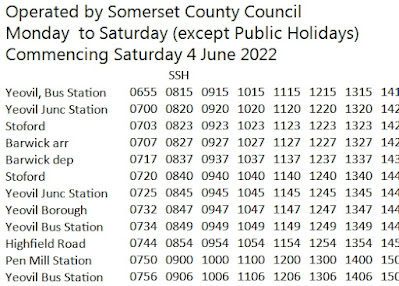 The timetable does, helpfully, identify which trains will connect with the bus at Junction, but remains coy about any trains at Penn Mill.

But at least the Link is restored. 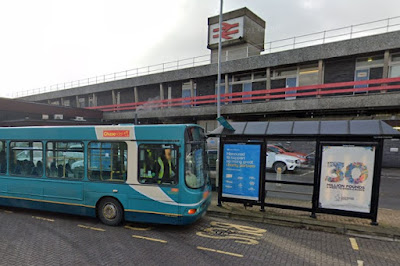 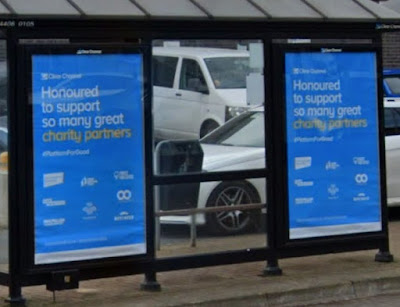 They are nothing to do with any bus service! Well done all concerned. So what delights might we find looking from the passenger side? 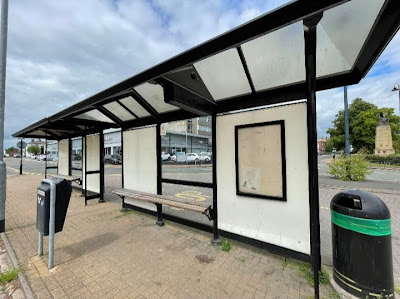 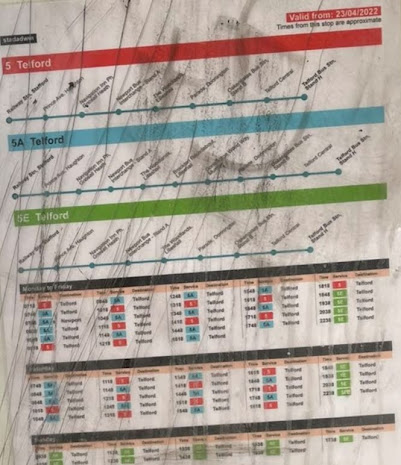 ... services 5, 5A and 5E from Arriva. fbb gave up the unequal struggle of trying to find an actual tyimertable on the Arriva web site. Then we have ... 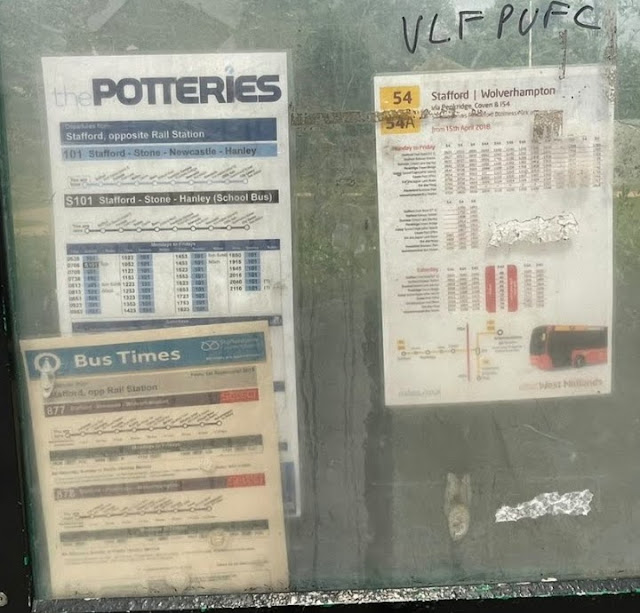 "the POTTERIES" (that's First Bus in a cunning disguise) service 101. Again no timetable at the stop just a list of departures. On its right is National Express West Midlands 54/54A which doesn't exist and, below left, the 877 and 878.

They do link Stafford with Wolverhampton, but erratically.

The final display is the most UNhelpful of the lot. 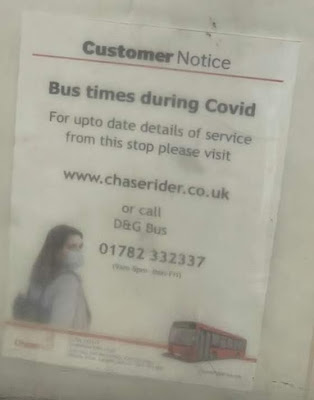 But this is a bit more mysterious. Buses using the stop illustrated are going into the centre of Stafford. According to Google Maps they aren't going anywhere else. 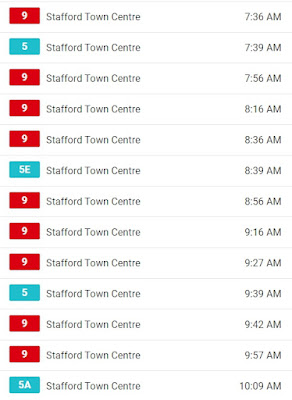 So the poor quality information should be at the stop opposite the station. Maybe it is and maybe fbb has misunderstood Roger's pictures - but whatever the detail, the presentation is appalling. There is simply no encouragement to travel by bus. Why do bus companies tolerate this awfulness?
And Talking Of Presentation
Correspondent Keith has been on something of a round Britain cruise, hence his posting of Guernsey and Orkney timetables to fbb.
His recent email concerned the very far north, viz Shetland, and a bit of Scottish Island down the left hand side, namely Skye - plus Belfast. His message does not make for happy reading. 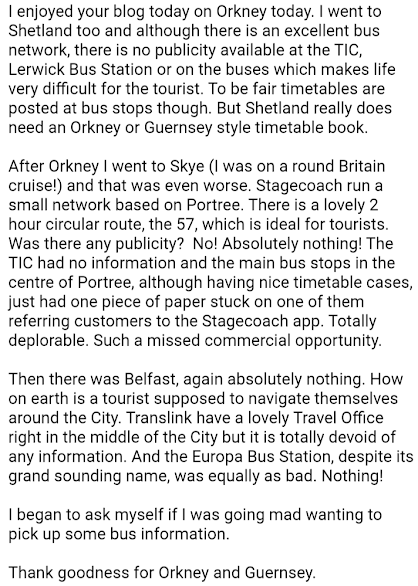 And Keith enclosed a picture of the superb and attractive bus publicity at Portree on the Isle of Skye. 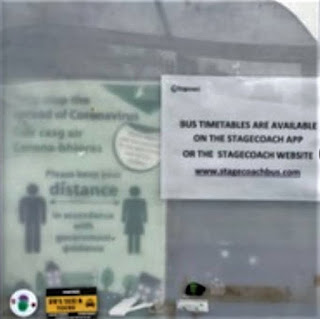 Absolutely appalling in every way!
But Better First!
A while back, fbb reported that First Wessex would be opening a "pop up" information hut on Weymouth sea front. And here it is:- 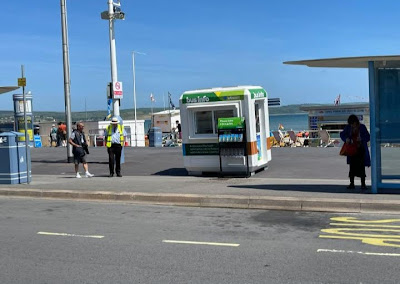 And there are timetable books, that is PRINTED timetable books - and they are on public view and public offer; so you do not have to get on your knees and beg! 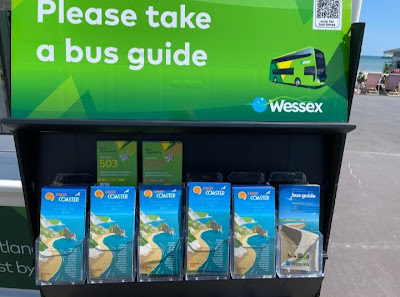 And the hut is bright and attractive in itself. 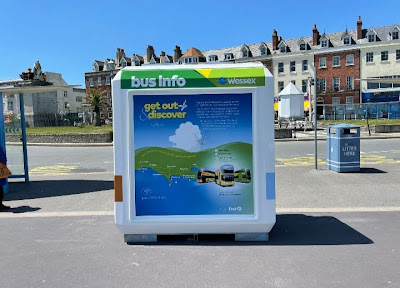 And Two MORE Tank Wagons.
A very old green one ... 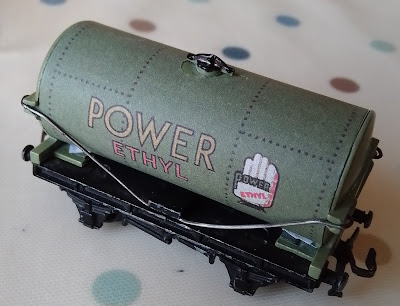 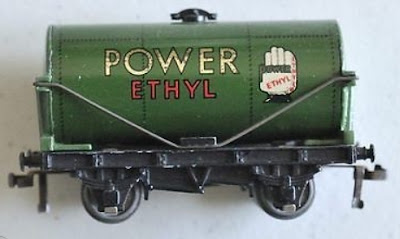 And an unfamiliar orange box! 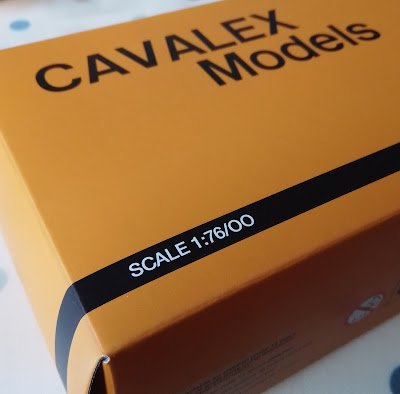 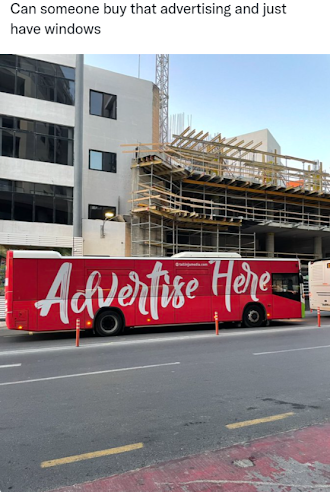 Right on - Mr Twitterer!
Next Variety blog : Sunday 29th May
Posted by fatbusbloke at 02:00