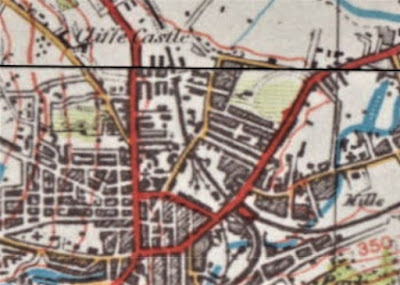 No, fbb had never heard of it! The community lies between the two red roads as shown on the 1930s map above. A modern street map shows some changes, notably the arrival of the A650. 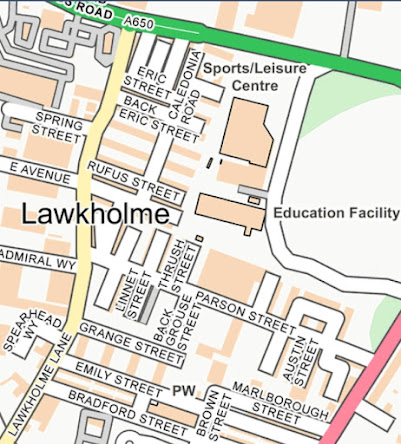 The local on-line press see it as an area with "problems". 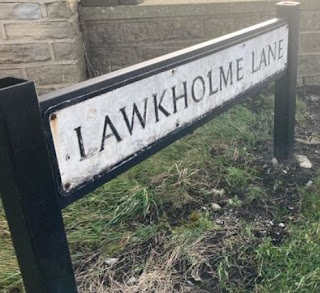 Fed-up residents and politicians have expressed their disgust at the latest incident of street violence in Keighley - and have claimed that law-abiding citizens are too afraid to speak up or act. Locals in Lawkholme Lane are fearful over a renewed outbreak of violence which they blame on rival drug-dealing gangs.

Their worries were heightened when West Yorkshire police officers seized a number of weapons and arrested seven teenagers - aged from 16 to 19 - in connection with a street brawl on Lawkholme Lane on Monday evening. Police described it as an 'isolated incident' and said there were no reports of anyone being injured.

But locals have claimed that street violence is getting worse.

Lawkholme as a "community" name only appears on large scale maps - and there is a Lawkholme in Bradford - but it could only be a Northern name! Ey up, lad! 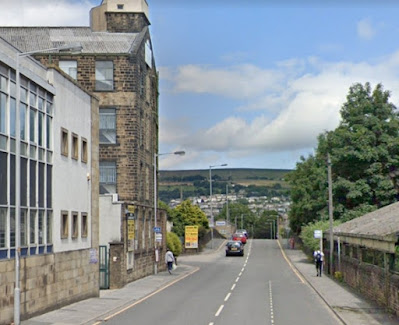 ... then across the railway. 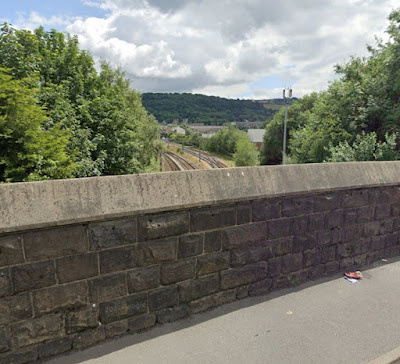 The community itself consists of refurbished back-to-back housing ... 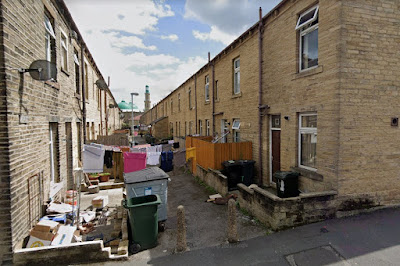 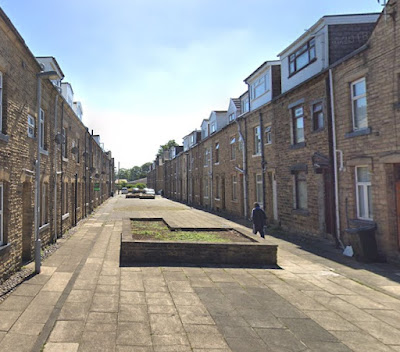 ... mixed in with some more recent, but rather down-at heel, maisonette properties. 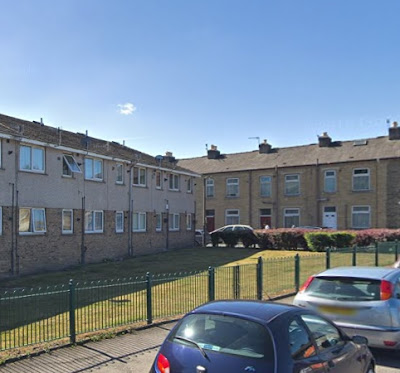 Until the bus "improvements" that happened last Sunday, it had a K17 (PINK) every two hours. 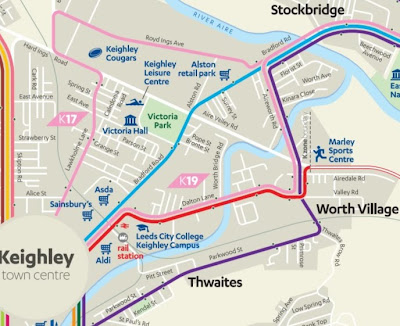 Hardly lavish!
The alternate hours were filled with the K19 (also PINK). 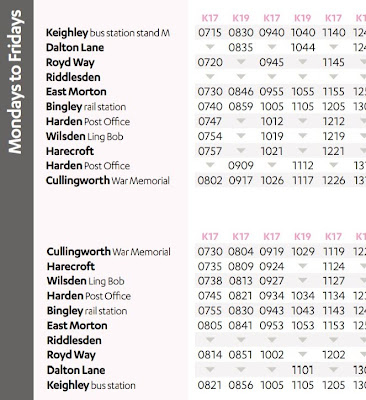 Note that Lawkholme didn't get a look-in on the timetable; The time point is Royd Way, an industrial area that the K17 enjoyed (?) after crossing the A650, part of Keighley's northern by-pass. The industry probably did not contribute many passengers to the K17 - all the sites have plenty of parking. 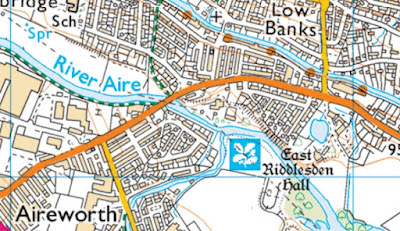 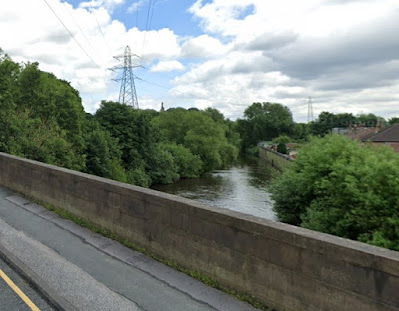 ... and wended their merry way onwards to Cullingworth.
But the K17 and the K19 have gone! 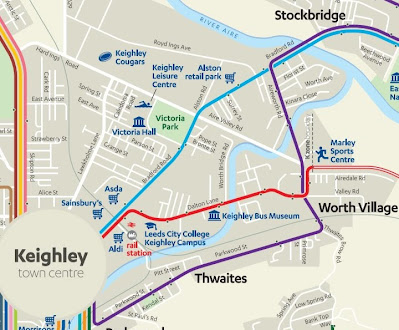 Lawkholme is now unserved by bus, leaving the residents to either walk into town or along to Bradford Road where they will find The Shuttle (MID BLUE) a k a route 662 which runs every 15 minutes between Keighley and Bradford. 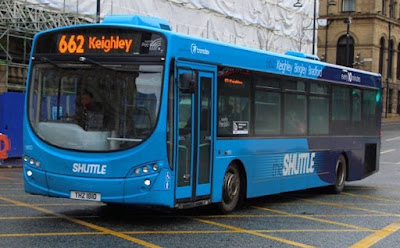 Didn't it once run every 10 minutes?
The K19 service via Dalton Lane has said farewell to it's chum, the high-spec half hourly Aireline (RED) between Keighley and Leeds. 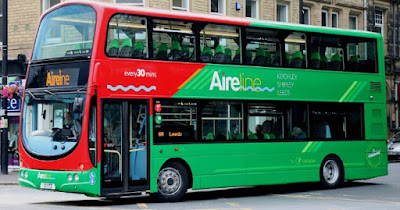 So what uses the route via Thwaites and Worth Village?
This was the K13 to Riddlesden and Barley Cote ... 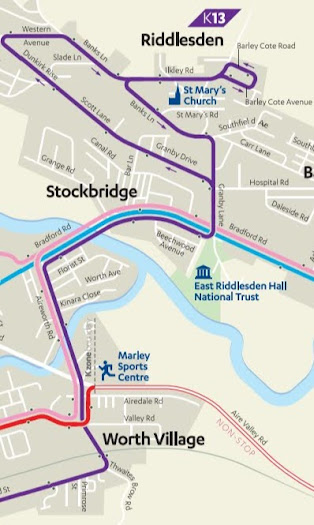 Loadings were not heavy, hence the midibus "Jets" usually sufficed. 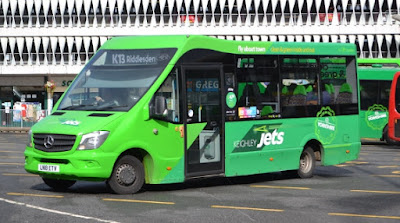 So, take the K17 and K19 to Cullingwoth, add a dose of K13 to Riddesden; mix well, bake for a few microseconds in the Transdev confuser scheduling system and our pops a tastefully baked K4.
It follows the previous K13 and wiggles round the Riddlesden loops (as before) ... 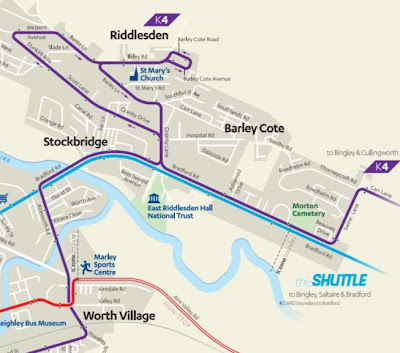 ... then trundles off as per K17 and K19 to Cullingworth. It could have been a K13 extended to Cullingworth reducing the bafflement for residents of Riddlesden. But probably adding to the ire of those who once used the K17/K19.
Was the change worth it?
fbb is no expert on the mystic arts of bus scheduling but reckons that Keighley Buses have saved "half a bus" plus a bit; have given the residents on the former K17/K19 longer journeys with a tedious trundle round the wonders of Riddlesden ... 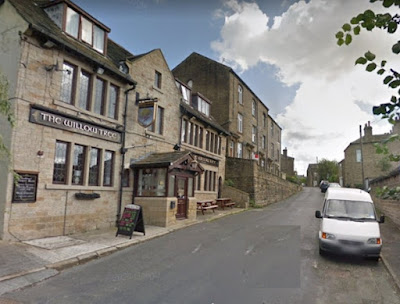 ... fascinating though such a diversion may be AND denied the worthy populace of  Lawkholme any bus at all.
Indeed, was the change worth it?
But there is a bit of good news. The Keighley Buses web site now has the correct map in place. Better late than never, eh, young Gavin?

But, all in all, the whole set up is so much better at Exley Head (and the rest of Keighley!) than it is at East Ham; which, by comparison, is dire.
Was It Worth The Wait?
Actual timetables for the Elizabeth Line line have been published. Times for Liverpool Street to Shenfield are largely unchanged ... 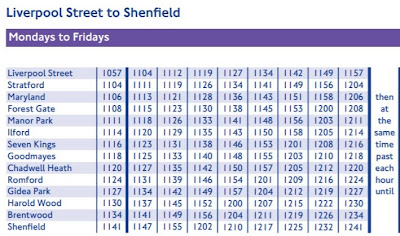 ... as equally unchanged is the service to Heathrow and Reading. 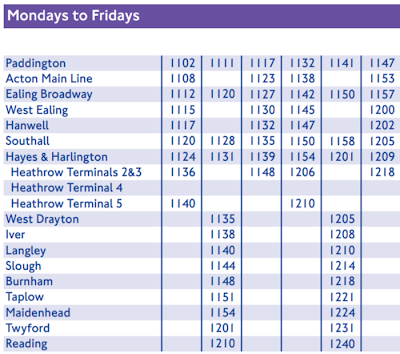 But we do now have times for the new bit from Paddington (Elizabeth Line line platforms) to Abbey Wood. 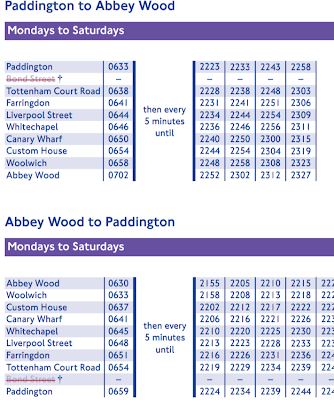 There is no "middle bit" at all on Sundays and no news about an opening date for Bond Street.
It all happens (well a bit of it does!) on Tuesday.
There'll be dancing at TfL Towers on Tuesday night ...

... if it all works!
Snippet
Thanks to whoever posted this on twitter - it wasn't fbb!