Orkney Ferry Plus (Part One)

It's Easy When You Know 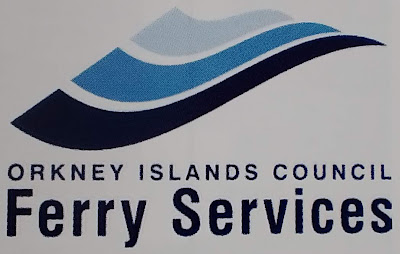 All the various inhabited Islands that comprise Orkney need and have ferry services. To an outside the timetables are complicated and seem to involve boats running round in ever decreasing circles until they disappear up their own funnel.
So, to begin to understand, we will start with some simple routes. 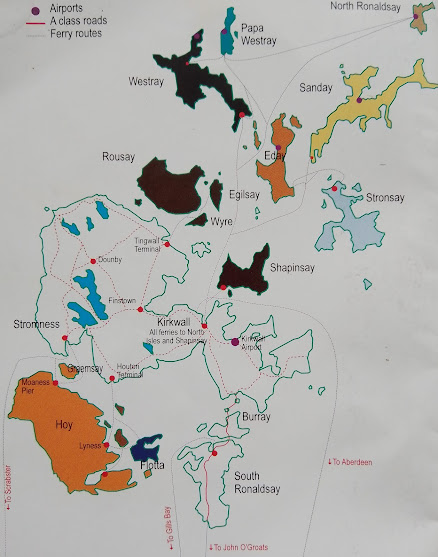 NORTH RONALDSAY
There it is, top right. Intriguingly, it is about as far from South Ronaldsay as you can get and still be on Orkney! The one in the north is, according to Wikipedia, known for its lighthouses, bird life and sheep! 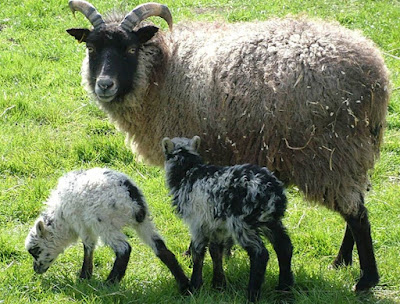 The terminal is very basic ... 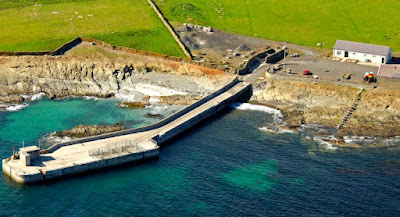 ... and the ferry is definitely NOT RoRo! 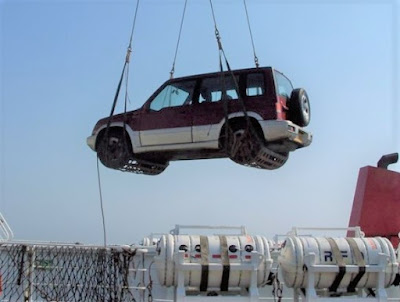 In the Winter period 2021/2022 the service ran Saturdays only from Kirkwall, and just once a week. 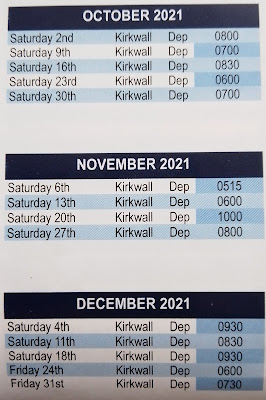 Timings were dependent upon tides at North Ronaldsay, so departures from Kirkwall varied week by week. Return times are shrouded in mystery, but fbb guesses that the island mafia with KNOW when the boat leaves. Just ask a local! 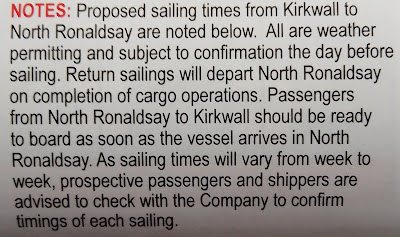 In the summer season 2022 there are two sailings each week, again at variable times with one trip going via Papa Westray, an island we will meet again later. But in summer you do get return times!

Two hours and 40 minutes with views of many of the other islands in the way.
SHAPINSAY
This island is the closest to Kirkwall and it gets its own simple shuttle service throughout the year. Blog readers will, hopefully, get used to the way these timetables are shown, with each day's trips listed vertically.

Departures only are given and you can work out that the boat sleeps at Balfour overnight. 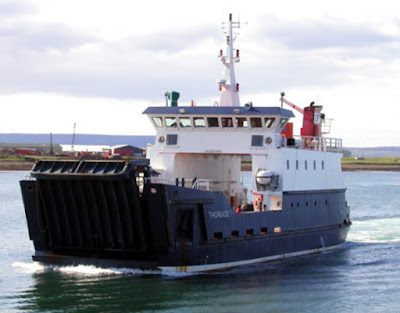 Seemples.
GREAMSAY AND HOY
Readers of a similar vintage to fbb will remember a BBC "outside broadcast" to watch Joe Brown (NOT he of The Bruvvers) climb the Old Man of Hoy. 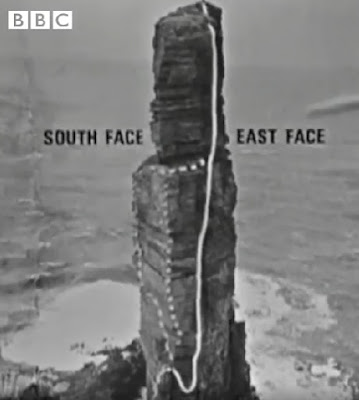 It was a piece of truly terrifying television ... 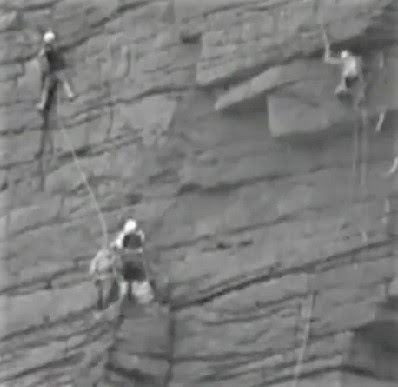 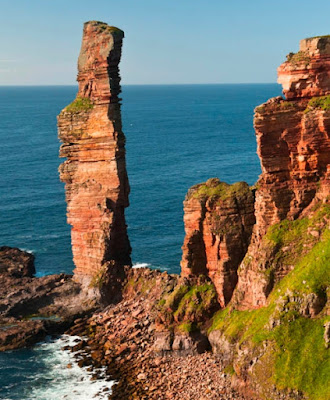 The short sea route to Hoy is from Stromness on Mainland ... 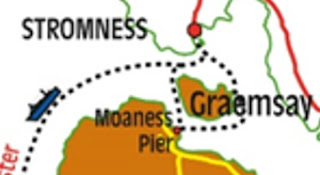 ... to the small Island of Graemsay and on to Hoy. 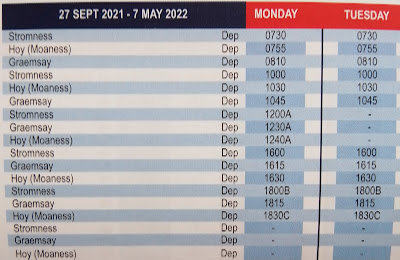 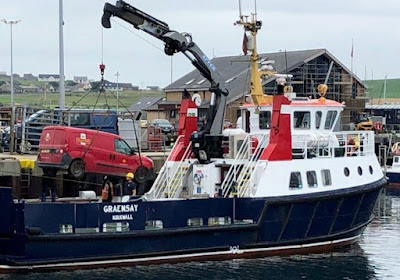 And here, the lavish terminal on Graemsay ... 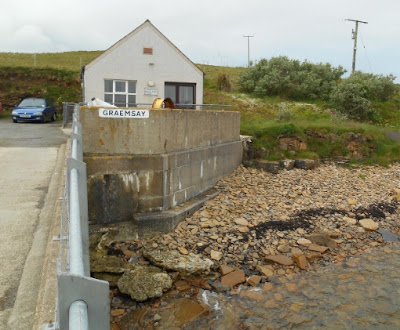 ... and the equally lavish pier at Moaness on Hoy. 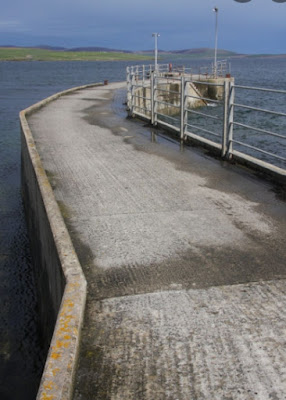 On Sundays, the Hoy Community Bus ...

... runs from Longhope to Mosness morning and early evening. 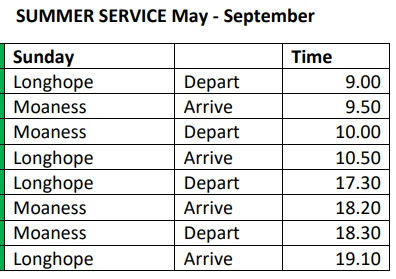 The evening round trip from runs one hour earlier in the winder schedule period. 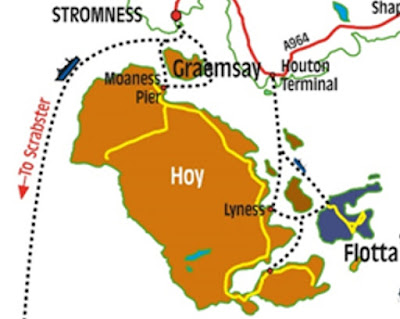 Longhope is on the Island of South Walls, that lump at the south end of Hoy, joined to Hoy by a causeway. 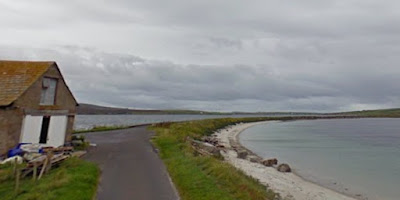 There is a ferry service to Longhope Pier ... 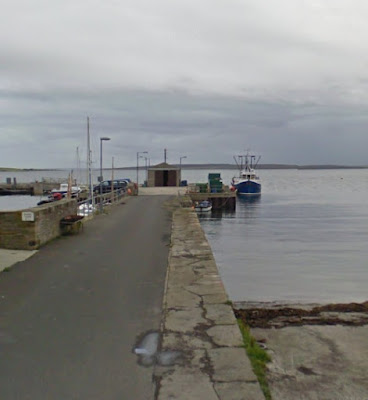 ... which we will meet in tomorrow's blog. And it gets very complicated!
But fun!
And The Orange Box for TEA ...
... contains yet another tank wagon for fbb's burgeoning collection. It is a model of a 100 ton fuel tanker coded TEA. 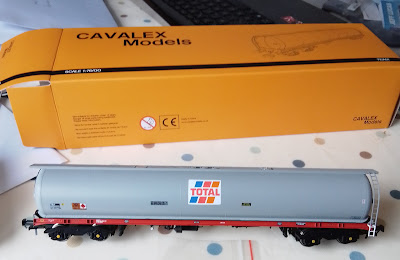 The minimalist chassis is really only there to hold the braking system ... 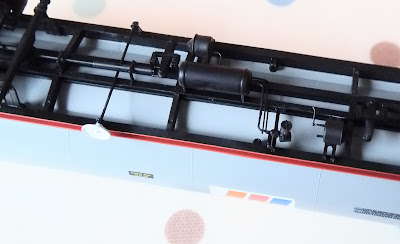 ... the strength is in the tank itself, both model and full size!
What is impressive is the minute lettering on the red solebar ... 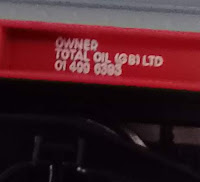 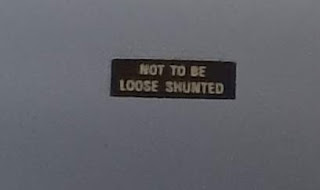 Some of the very small printing is, in theory, legible; but too small for (a) fbb's ocular abilities and (b) almost too small for fbb's modest phone camera - even set on close up! 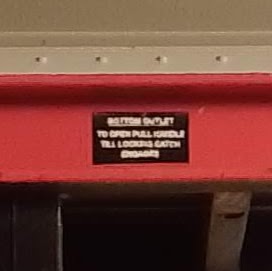 Does it say this?
BOTTOM OUTLET
TO OPEN PULL HANDLE
TILL LOCKING CATCH
ENGAGES
Seems logical? The panel is about 2mm high!
WOWSERS!
fbb now has FOUR huge tank wagons coded TEA from four different manufacturers. A fifth version exists but fbb "missed it" and it is sold out in shops and never appears in the "pre-owned" listings.
Sulk!
How do they compare? That is for another time.
Mostly the real TEA wagons usually appeared in a filthy state as nobody bothered to clean them. 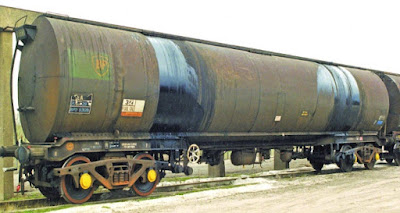 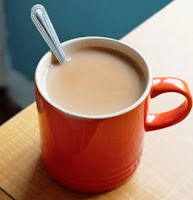 Next arrival is a silver bullet, and, this time, NOT c/o the Lone Ranger. Useless fact number 569 : Tonto was played by a real Indian (an indigenous Canadian) called Jay Silverheels! In all except one series the Lone Ranger himself was Clayton Moore.
Hi-O Silver Away!
Next Orkney Ferry Plus blog : Tues 31 June
Posted by fatbusbloke at 02:00