Not Quite Right Transdev! 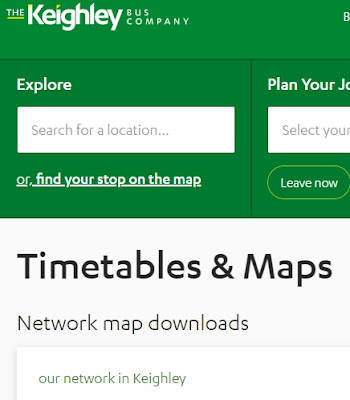 fbb was impressed with the network map, notably the revised network announced one month before the changes. But, sadly, there are problems.

It began with an attempt to unravel buses to Bronte Country, i.e. the steeply inc lined village of Haworth.

But Haworth is "over the edge", off the Keighley network map. There is another map, header Keighley and Bradford Network which shows the Bronte Bus (B1, B2, B3) ...

... which provide the main road routes along the valley bottom with incursions into the two off the main drag communities. 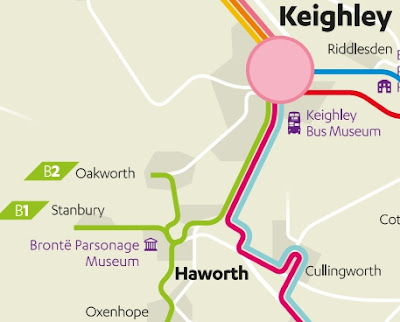 The B3 continues south to Hebden Bridge. 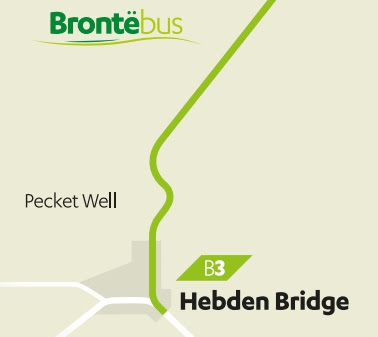 The three routes provide a twenty minute service to Haworth ... 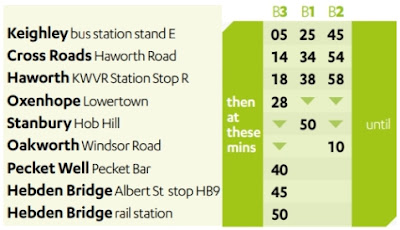 ... with a stop just outside the Worth Valley Railway station. 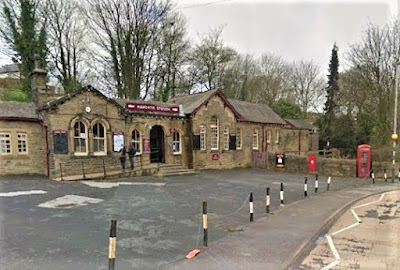 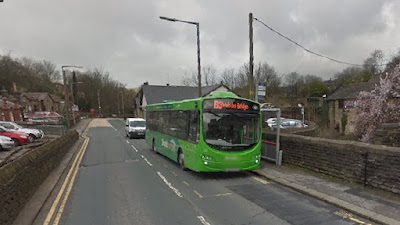 The full service then crosses the railway ... 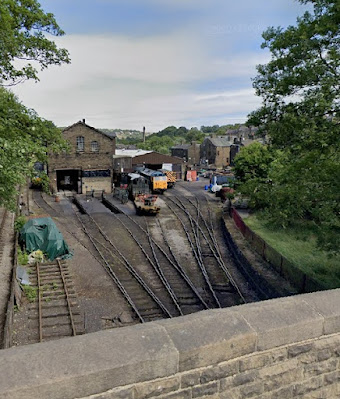 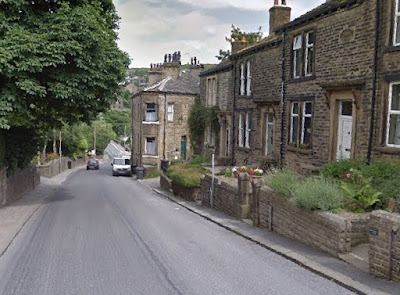 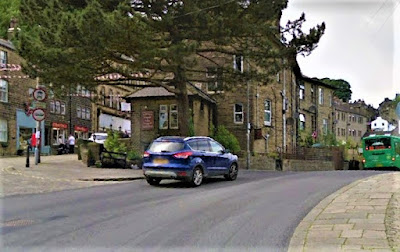 Sadly the buses no longer rattle over the High Street's cobbles (did they ever?) ... 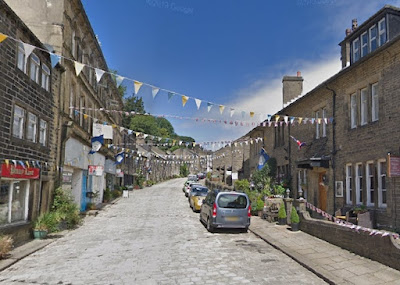 ... leaving this delightful experience to the motorist - and then only for "access". 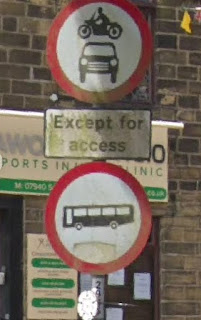 It would be a real thrill to have the buses in High Street and other motor vehicles dispersed. BUT there might be a bit of trouble passing one coming the other way ... 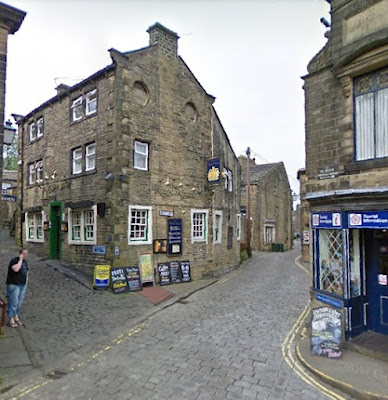 The B1 terminates a smidgen beyond the small village of Stanbury ... 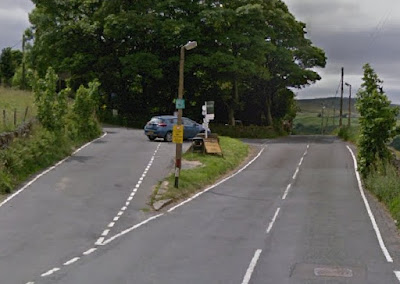 ... but walk on, and you are in Wuthering Heights territory. 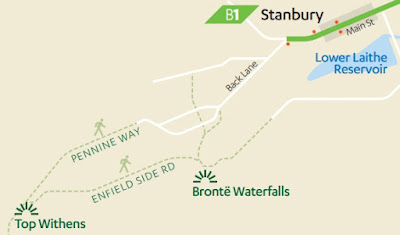 The B2 runs to Oakworth roughly where we were with the K7 in yesterday's blog.

But a quick gander at the Metro West Yorkshire map shows that there is much more in the area, most of which drops off the edge of the Keighley area map.

We've got a K10, K14, K15 and K16 all intertwined in the Oakworth, Haworth and Oxenhope areas. None of them appears on the Bronte Bus map and, oddly ... 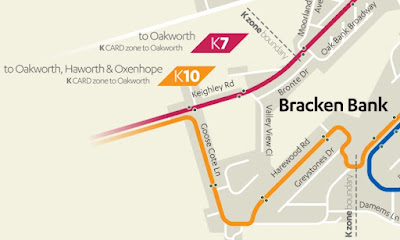 ... only the K10 warrants a mention on the Keighley "local" map.
Then again, there is no mention of the K10 on the on-line list of routes! 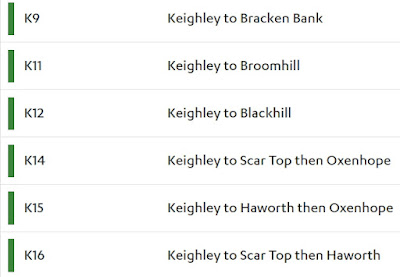 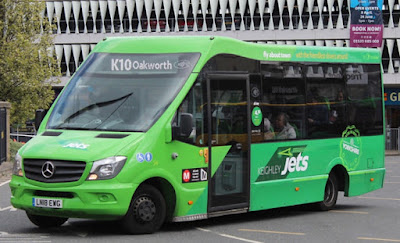 It seems that the information  is not quite as good as fbb thought it was!
But, undaunted, the old bloke will attempt to resolve SOME of the issues in tomorrow's blog.
Elizabeth Visits The Elizabeth Line line.
Yesterday, HMQ popped along to Paddington to unveil a plaque commemoration the opening of the new Platinum Purple Underground line. 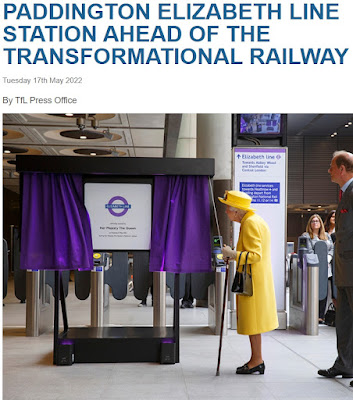 In a previous visit, she had officially renamed "Crossrail" as ... 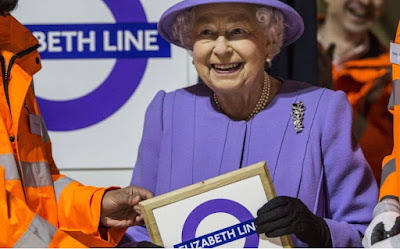 ... "Elizabeth Line" line. And then, she was in the correct livery.
Can you remember when that was? Believe it or not it was SIX years ago in 2016.
In the lead-up to the 2010 general election, both the Labour and Conservative parties made manifesto commitments to deliver the railway. The Transport Secretary appointed in May 2010 confirmed that the coalition government was committed to the project. The original planned schedule was that the first trains would run in 2017. In 2010 a Comprehensive Spending Review identified savings of over £1 billion in projected costs, achieved by a simpler, but slower, tunnelling strategy to reduce the number of tunnel boring machines and access shafts required, with trains planned to run on the central section from 2018.
So between 5 and 4 years late depending on how you measure it - and the full line is not yet connected up ... 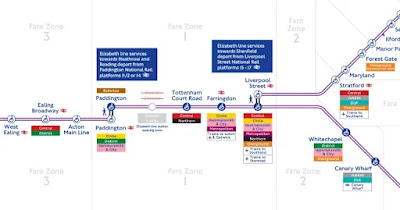 ... and "the lads" are still building Bond Street Station.
Might it all be working together for the culmination of 70 years Elizabethan reign in June 2023?
Next Keighley blog : Thursday 19th May
Posted by fatbusbloke at 02:00