Wading Through The Black Lake (3)

BusConnects is the National Transport Authority’s programme to greatly improve bus services in Irish cities. It is a key part of the Government’s policy to improve public transport and address climate change in Dublin and other cities across Ireland. BusConnects Dublin includes the Network Redesign and the Core Bus Corridors projects. BusConnects is included within the following Government policy strategies: the National Development Plan 2018 – 2027; Transport Strategy for the Greater Dublin Area 2016 – 2035; and the Climate Action Plan 2019.

What has just materialised is very much "Plan B". The first cunning plan received so much opprobrium that the consultants (now there's a surprise!) were told to try again. What follows, then, is the second attempt. Bus Connects has thrown the Dublin bus metwork up into the air and belaboured it with a very large baseball bat.

The National Transport authority summarises its cunning plan with an overview of SIX types of bus route. 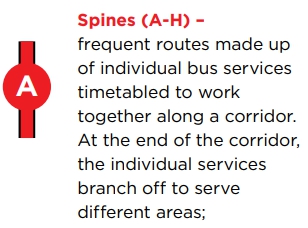 This is the key to the plan, a plan which has failed in many other re-organisation schemes. In some ways the "spines" already exist in Dublin as in many other cities - but in Ireland they are being extended into new areas. 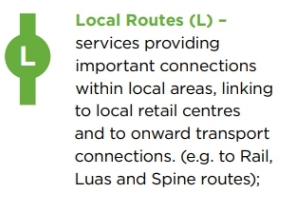 The plan actually REMOVES some of the branches and replaces them with these "local" services. This is where such plans have failed more spectacularly elsewhere. People do not like changing from "local" to "spine". Oldies will remember the plan for the Tyne and Wear Metro, whereby buses from the suburbs would terminate at key Metro hubs, where passengers would change to the shiny new trains. 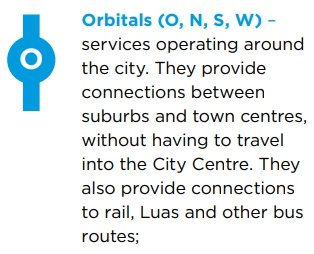 Four orbital route groups link suburbs with each other without having to go into the city. In most places (Birmingham's famous 11 is an exception) these routes struggle to be "commercial" as most folk want to go "in to town".

The next two are similar. 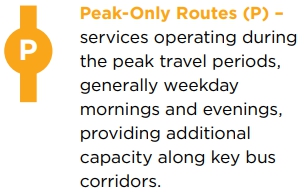 But some peak routes are going to bear the X letter ... 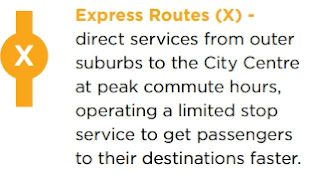 ... and they are similar to Ps but running limited stop. Which leaves a few routes into the centre which are not spines, not Ps or not Xs. 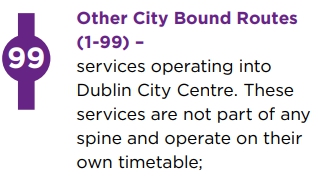 To see this in practice, fbb has attempted to examine the three main routes striking out west. 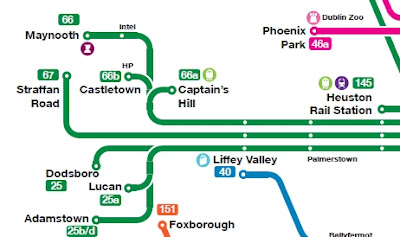 As far as fbb can tell, you need to choose your journey first then you get a timetable ... 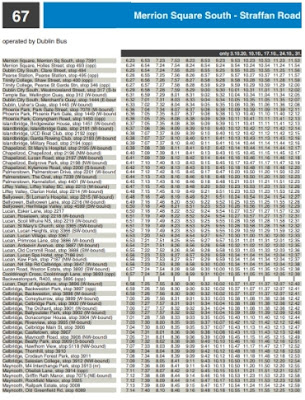 ... showing all stops. You can also get a map, but only from your start point to your endpoint as chosen in the journey planner. 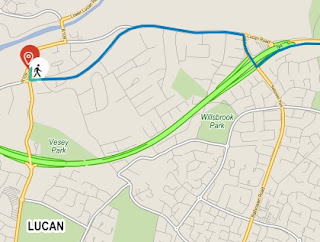 As so often happens with modern information technology, you need to know the answer before you ask the question!

fbb, however, has stuck with Dublin Bus as we will see below.

The aim is to show the service NOW and that proposed by the Bus Connects cunning plan.

So we start with the 67 which the "core" map shows as running to Straffan Road ... ... which is a dinky little turning circle just over the bridge from Maynooth station ... 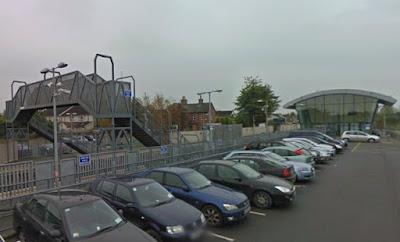 Perversely the bus terminus is just short of Maynooth town centre.
The 67 follows the standard route (GREEN on the core) to Lucan ... 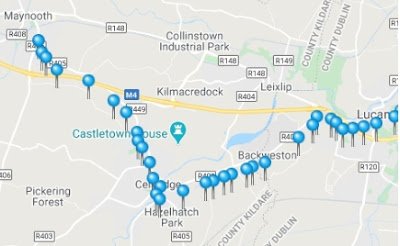 ... then on to Cellbridge before turning north west to Maynooth- here on a real map. 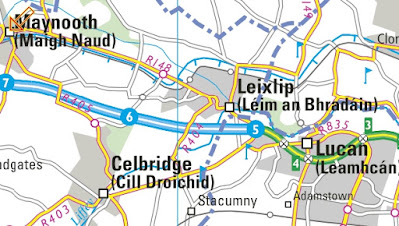 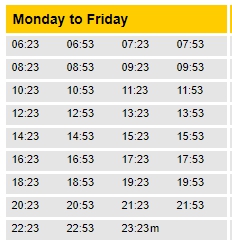 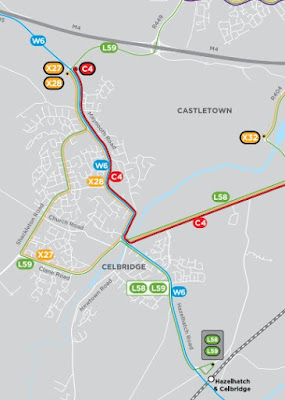 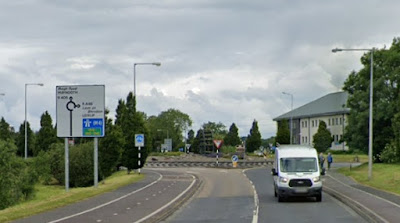 The current stops are well past the new roundabout terminus, pictured here with a 67 that will not have an equivalent in the new scheme. 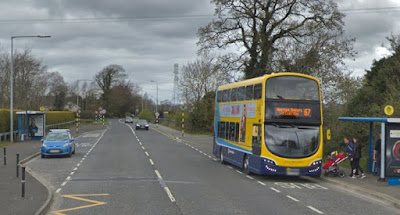 This leaves the gap to be filled by by the W6 (BLUE). but we are told how frequent the orbital link will be. 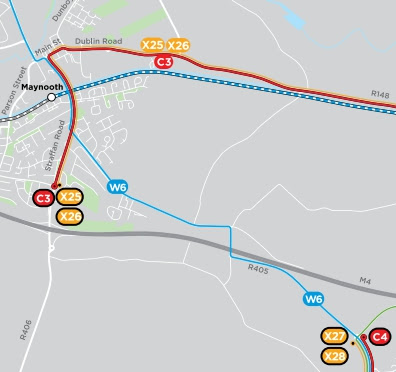 Presumably, the planner think that there are insufficient passengers in the gap to warrant running the C4 all the way to Maynooth station. Will those passengers agree?

Maynooth's "core" route becomes the C3 which we will meet again later. The "new" C3 also runs every 30 minutes.

Note a goodly selection limited stop of "X" services into the city centre (YELLOW) and "local" routes L58 and L59 (GREEN) linking parts which the "core" does not reach with the station at Hazelhatch and Cellbridge. 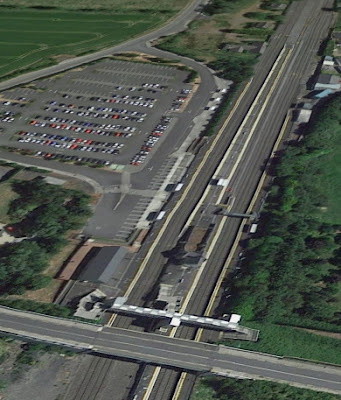 Assuming that our readers have not fallen asleep or banged their heads to near destruction on a very hard block of concrete, fbb will look at services numbered 25 and 66 in tomorrows blog.

Beware - they are much more complicated!

Next Dublin blog : Friday 2nd October
Posted by fatbusbloke at 02:00