Hulley's of Baslow shocked the omnibological world when the company announced ir "courageous" two-hourly service between Sheffield and Manchester via the A57 Snake Pass from 25th October. As is to be expected, Hulley's Book of the Face has been redolent with inspiring details under the generic heading of "Not Long To Go Now".

A Glossop-centred timetable has appeared, omitting the coordinated hourly service between Sheffield and Ladybower Inn, integrated with the current two-hourly route 275, renumbered 257 from 25th inst (actually 26th; no 257 service on Sundays). 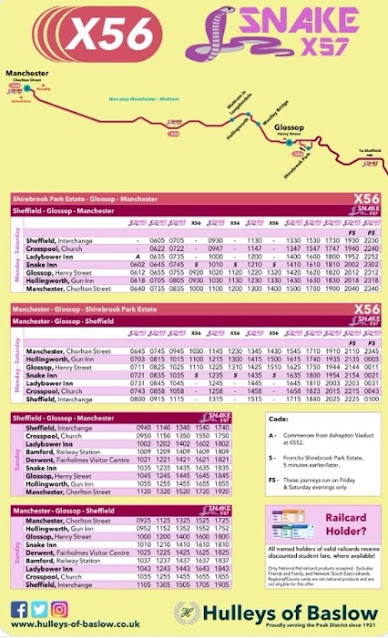 Also included on this version is the courageous news that national railcard holders can travel at the young persons' fare ... 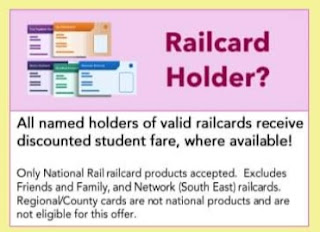 ... so definitely a pop at the half hourly Nationalised Railway service into Manchester Piccadilly.

As is to be expected, the Derbyshire timetable site has the full works ... 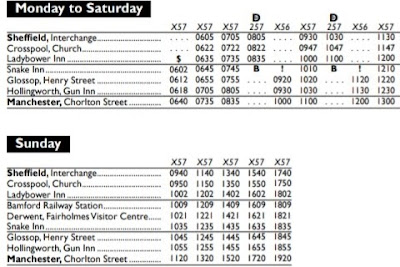 ... as does the ever-resourceful GoTimetable Sheffield. 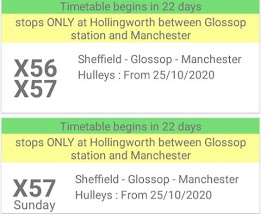 fbb actually typed it all out by hand in the absence of any downloadable computer-compatible  content and the technical people did a quick upload.

But were passenger to be so foolish as to turn to Travel South Yorkshire, they would find this encouraging notice at the head of the "changes" page. 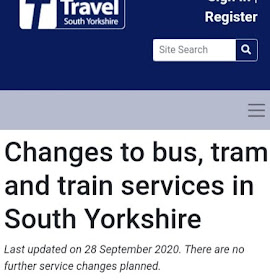 Hulley's X57 publicity was revealed to the world at large well before 28th September! So zilch for the good folk of Sheffield. 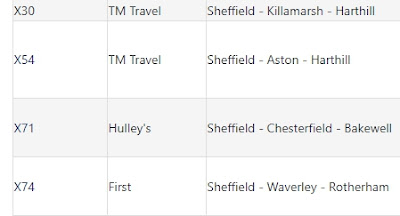 In passing, the X71 runs to Alton Towers; but Travel South Yorkshire insist on keeping that a secret.

What is ludicrously baffling is that as of yesterday morning at 1100 there was not a smidgen of information about the X57 ON HULLEY'S OWN WEB SITE. 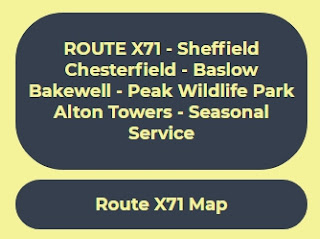 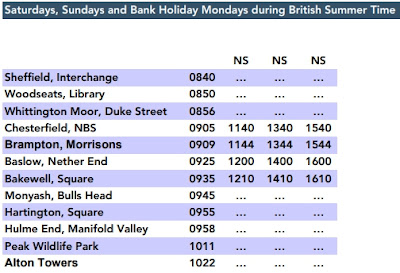 Saturdays! If you didn't spot it. Hulleys web site should be an example to all operators, large or small. Its timetables are easy to find from the home page (a rarity on many web sites!) as is other useful information for the unwary traveller ... 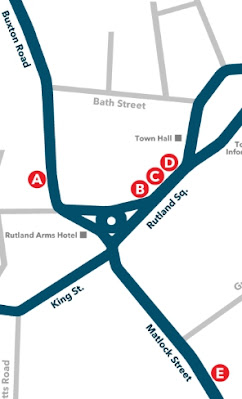 ... including a "Where to Catch Your Bus In Bakewell" map - hardly a difficult search job in reality.

Even better, we may excitedly cry, is a downloadable "timetable book". 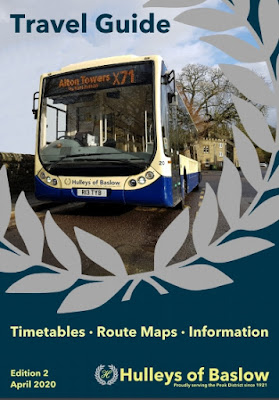 The routes are fully colour coded ... 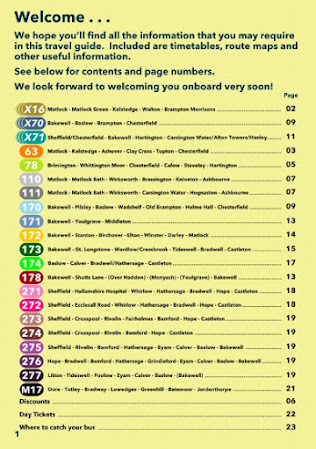 ... and with each route timetable comes a clear route map; and not one of those awful derivatives, either! 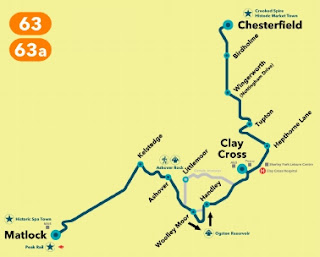 This would be a truly wonderful, even more wonderfuller if it were available in printed form - it might be, but the web site makes no mention of such a luxury - if the whole thing were not hopelessly out of date! 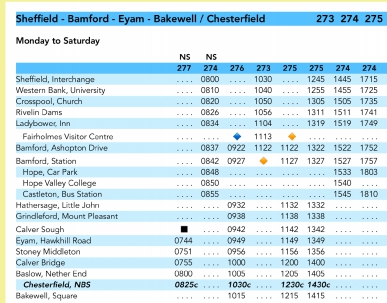 ... and the current reality - completely different. 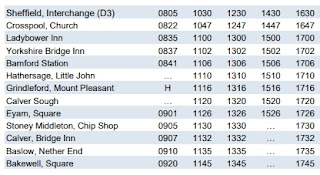 And Hulley's offer us the wondrous X71 to almost everywhere in North Derbyshire ... 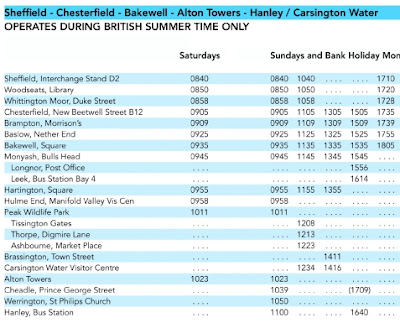 ... which never actually operated due to "lockdown"! The current service is shown above and, again, it is completely different.

Even the humble M17, a tendered Sheffield local route ...

... is different from that offered by Travel South Yorkshire.

Knowing the efficiency of TSY (!!!) it would be unwise to offer a definitive view on what actually operated on a Saturday!

It could be that other timetables in this virtual volume ... 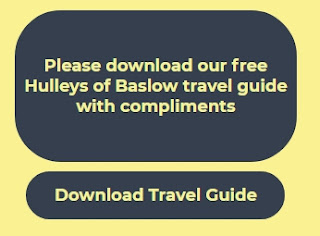 But why is it there?

To Gladden The Heart 1 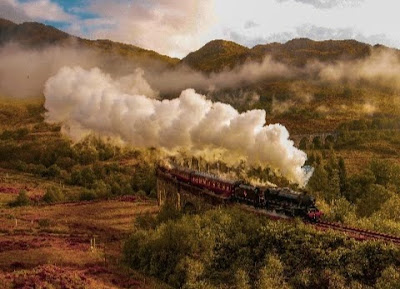 The Jacobite powering round the Glenfinnan Viaduct on its way from Fort William to Mallaig as autumnal tones begin to usurp the summer's green. (Almost poetic!)

To Gladden The Heart 2 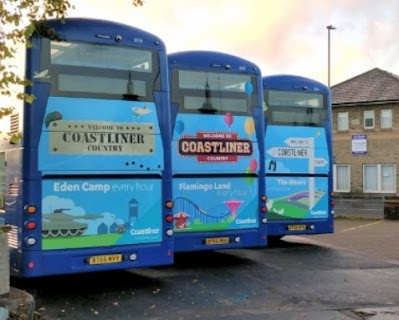 Some excellent rear end publicity from Transdev Yorkshire Coastliner; so much better than advertising baked beanz or similar!

To Sadden the Heart 1 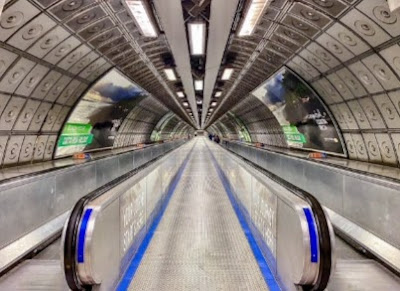 An indication of the success of  the Government "Terrify The Public" policy as applied to Public Transport. This is the Trav-o-lator leading to/from the Jubilee line platforms at Waterloo Station. It is never the busiest part of the Underground infrastructure but fbb has NEVER seen it almost totally empty.

To Sadden The Heart 2 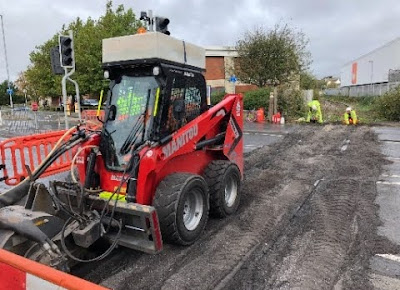 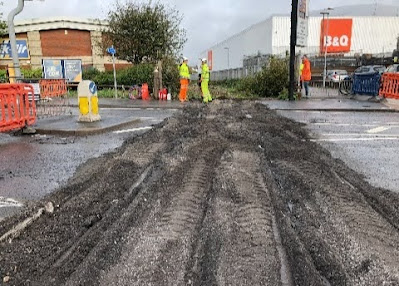 The very very end of an era. Although the line to Weymouth Quay has been mothballed/suspended pending closure/retained for an unlikely tram route/closed completely and utterly etc for many years ...... the track remained. But the King Street crossing, leading to Commercial Road ... 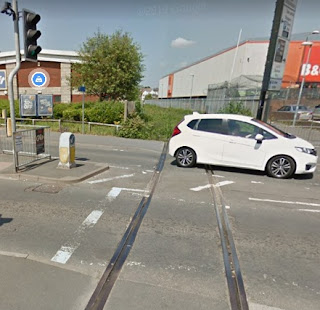 ... has been removed, presumably for some non-railway purpose. fbb thinks that the rest will remain until it gets in the way of something. But it used to be such fun to watch in the Summer ... 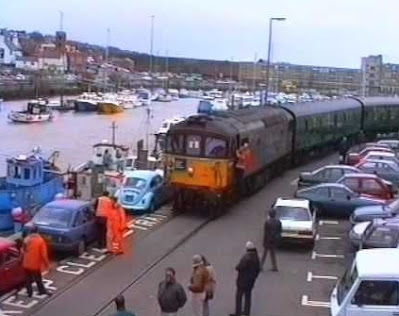 ... especially when the Orange Army had to manhandle badly parked vehicles out of the way of a very effective mobile car crusher!
More Publicity Good & Bad blog : Thurs 8th Oct
Posted by fatbusbloke at 02:00