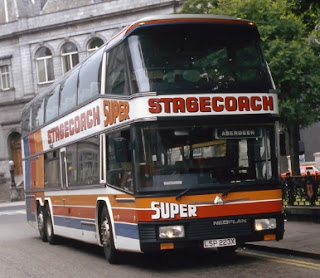 Just what is the old man prattling about this time. Stagecoach began in Scotland with the deregulation of coach services and became big after the deregulation of bus services in 1986. The coaches never served Northampton and the purchase of United Counties took place in late 1987. 40 years takes us back to 1980.
So explanations are due.
The village of Dallington sits/sat on the western edge of the town ... 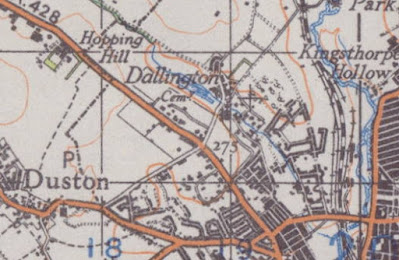 ... and has retained its village-ness. 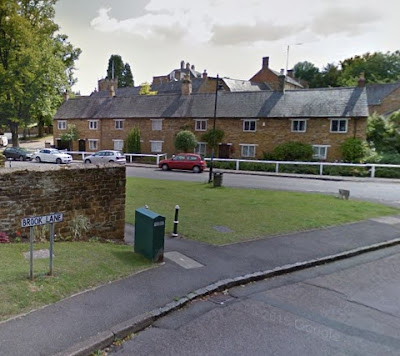 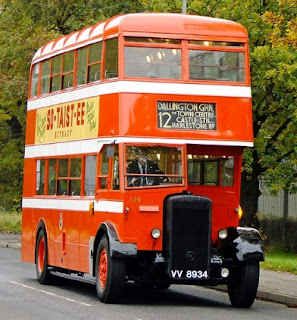 ... turned by a reverse at Dallington Green and standing at a posh painted bus stop flag in keeping with the picturesque quality of the terminus. 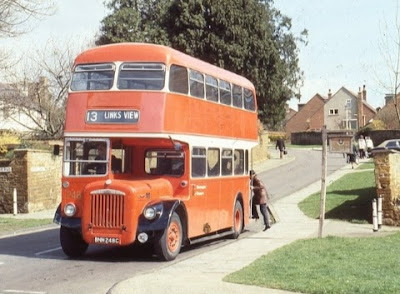 It later ran cross-town as route 13. The roadway nibble (hardly a layby) is still there but, alas, no buses now serve the village.
Next we move to Manfield Hospital, once the terminus of Northampton's route 11. 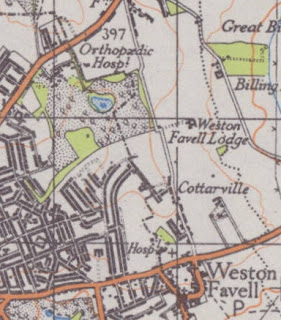 Originally the manorial home of the Manfields (of shoes fame), the owner donated it, with much of its parkland, to Northampton's medical service to become a children's orthopaedic hospital. After years of uncertainty and possible decay ... 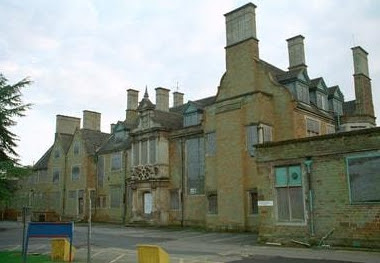 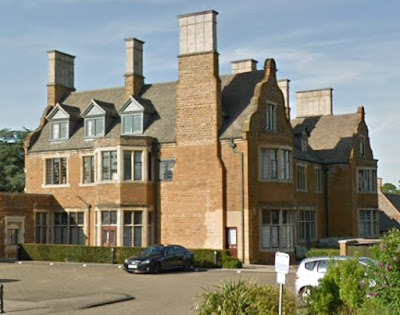 ... surrounded by lots more of the same but, obviously more recently built. Much of the former estate (and hospital grounds) is now Eastfield Park, but the little block in the corner ... 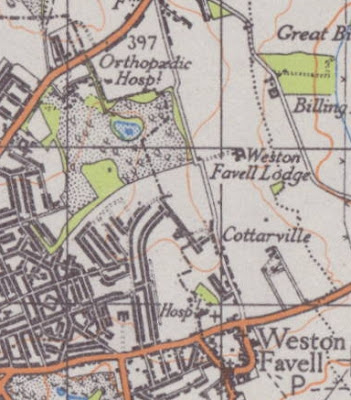 ... became Lake View Estate. Its bus service has had a complicated past but is now part of service 7, currently operated by Scottish visitors. 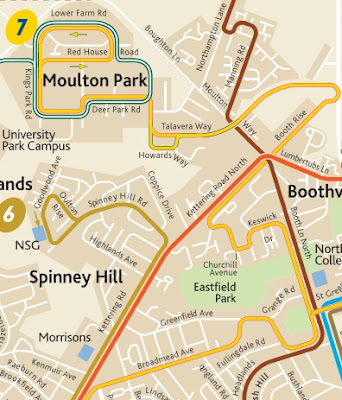 The third bit of history is nearby, just off the bus map above, bottom right. This was another grand mansion built in 1914 by another shoe magnate, J Sears, 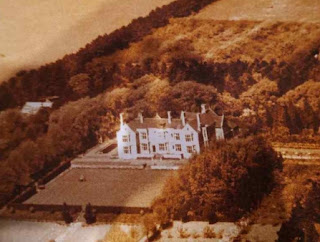 Its grounds became the Westone Estate of the early 1950s, unserved by bus. 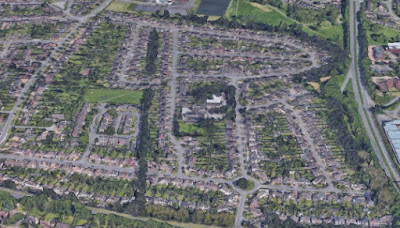 The mansion, almost hidden in the middle, became Northampton's only posh Hotel, The Westone. 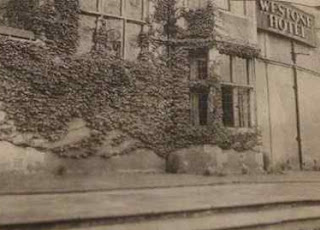 It is now the much extended Westone Manor Hotel ...

... with less manorial rooms as part of a massive extension, but still surrounded by an estate occupied by folk who could never afford to stay there!. 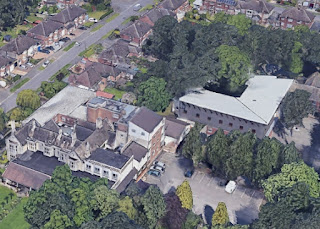 So it was that in 1980, Northampton Corporation started its only branded bus route. NCT even bought a couple of buses specially for it. 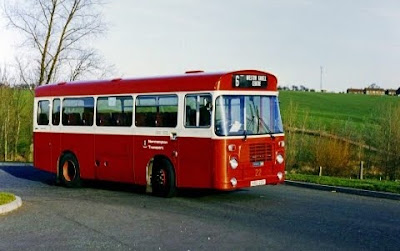 The route ran from Dallington Green ... 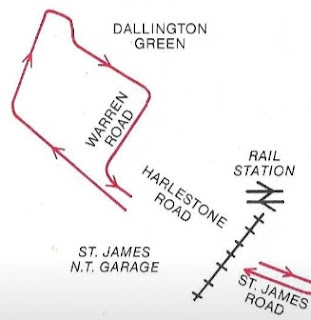 ... via the Station, the Town Centre and on along the Kettering Road past Manfield Hospital. The route continued ... 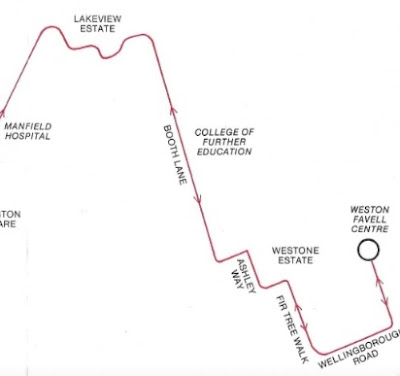 ... via Lake View estate and through Westone Esate, past the hotel, to terminate at the relatively new District Centre. In theory it would stop at the Fir Tree Walk entrance to the hotel. 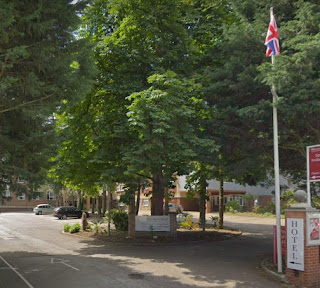 fbb does not think that many hotel guests will have arrivef by the infrequent bus! 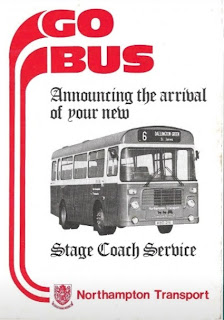 ... as the Stage Coach! The bus even carried route branding! 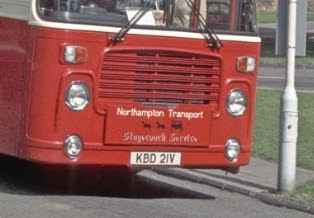 Wowsers.
The route passed to Country Lion and fizzled out sometime in the early 21st century. 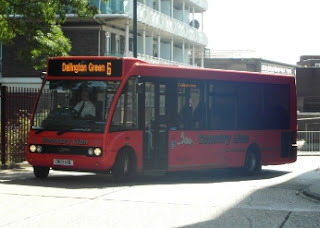 So Stage Coach (NOT Stagecoach) came to Northampton 40 years ago!
The Way It Was Then!
No doubt many of our readers will remember the National Bus Company with its nationwide liveries, double "N" logo and simple palette of colours. Everything was provided for in a "Corporate Identity Manual".
It is just possible that some our readers will remember when companies and private individuals sent out "letters" - a sort of paper based email!
Put the two together and you have envelopes and postmark cancellations all with that corporate identity.

Not to easy to see, but it is Green Line dated November 1984. This one is clearer. 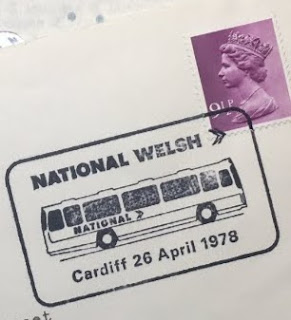 fbb was immediately incensed that Corporate and Ethnic rectitude did not require a Welsh "Country" 9&frac12;p stamp to be affixed. But research revealed that there never was such a philatelic product, the nearest being &frac12;p less. 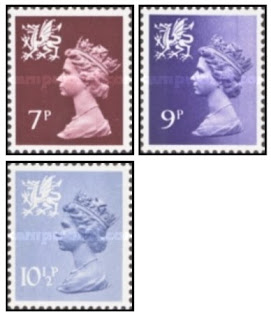 National Railway Heritage
It is good that the railways in general, operating companies, Network Rail and even the dead hand of DaFT have realised the need to conserve the rich heritage of GB's railway network. Heritage projects often involve station buildings, signal boxes and even whole bridges and viaducts.
But what about a humble platform shelter?
The main station buildings at Ockley were on Platfrom 2 ... 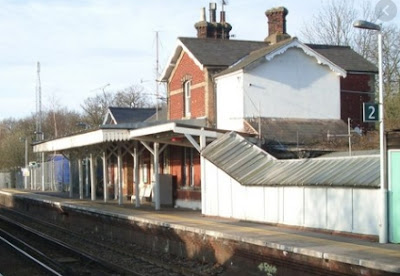 ... and are now in use as a private residence. 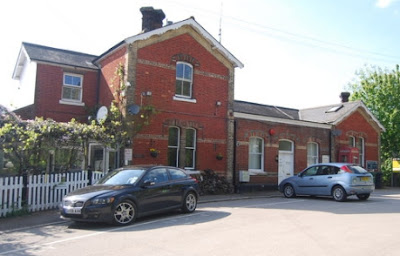 Platform 1 has a simple wooden shelter attached to the roof of the subway stairs. 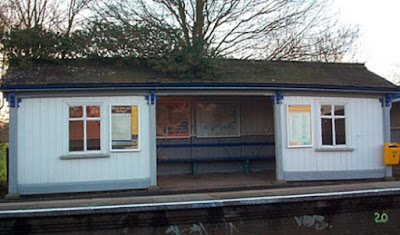 It was beginning to look a little tired. It is not that long ago that it would have been consigned to some November 5th celebrations and replaced by a bus shelter. But the Railway Heritage Trust has co-ordinated a full and magnificent restoration, outside ... 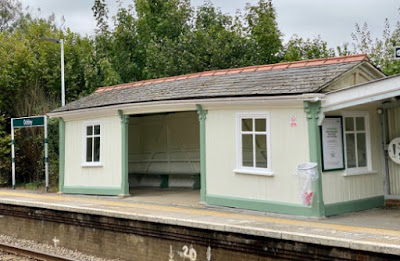 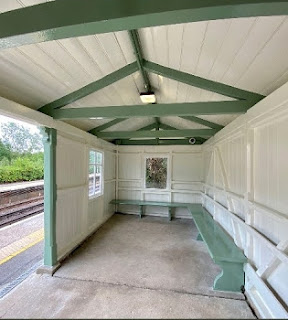 A twitterer did suggest that more appropriate lighting would have improved the project just a bit more. 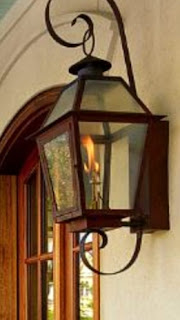 Should you wish to inspect the refettled refuge from the rain, Ockley station is on the line between Victoria and Horsham.