There was no requirement in the 1985 Act or its consequent regulations for the commercial bus operator to consult before making changes to the timetable and the position of bus stops. The criteria for registration did not include any reference to public demand or to existing services and objections could no longer be made by other operators or local authorities.

In 1987 Sir Brian bought United Counties. The company had been split into four parts, engineering plus United Counties, Milton Keynes Citybus and Luton. The latter two  initially went to management and employee groups.

Things remained relatively stable for a while, but, as the Souter empire expanded, so buses from other Stagecoach companies began to appear in "furrin" parts. A batch of Leyland Titans ... 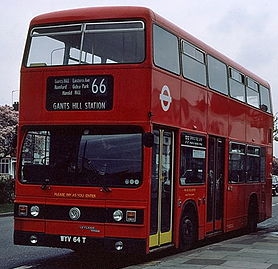 ... (a k a B15, a k a the double deck Leyland National) arrived at Corby from Stagecoach London.

They looked weird to the local yokels, combining Brian's stripes and zig zag with an unfamiliar shape of bus. 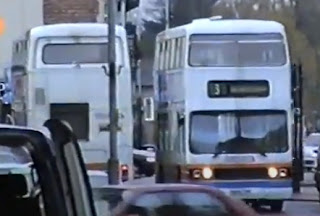 The Titan was not a particularly popular marque outside London, but as they came to the end of their life in the Capital, they spread far and wide. As documented by Ian's Bus Stop web site, many of them soldiered on for years even after their second lives away from London. 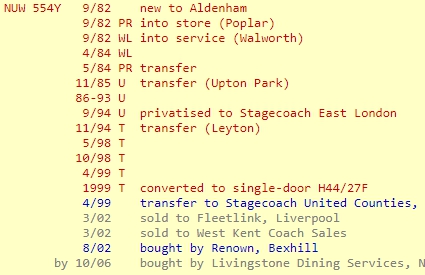 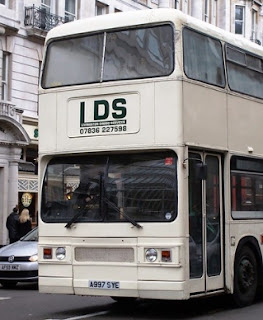 ...so they must have liked them!

In May 1993 Northampton Borough Council decided to sell its transport undertaking. It was sold to Grampian Regional Transport (later First Bus) and was put into common management with Leicester City Transport, also a GRT acquisition.

Again, the rich vermilion** livery gave way to a version of GRT cream-and-splodges but in muddy maroon; and strange vehicles appeared!

The Mercedes Bendy was a one-off - it also did a stint at Leicester ... 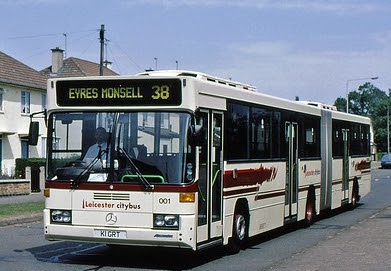 ... and is now preserved, back with its Grampian green appendages. 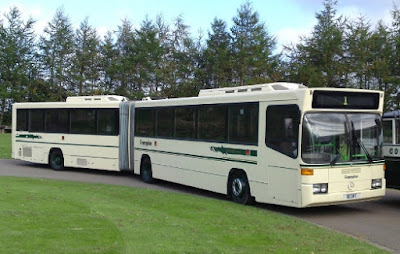 But, back to Alan's tale 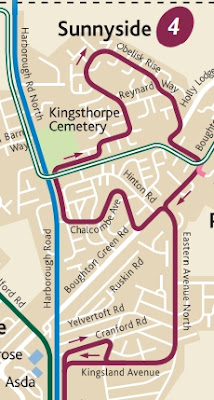 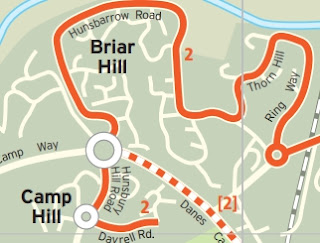 Briar Hill was originally NCTS route 20, subsequently extended into further development at Camp Hill. Here is Stagecoach 85 grazing at its terminus near the roundabout. 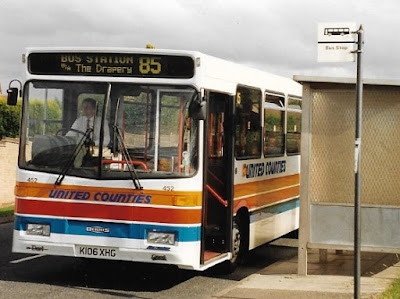 It hasn't change much today. 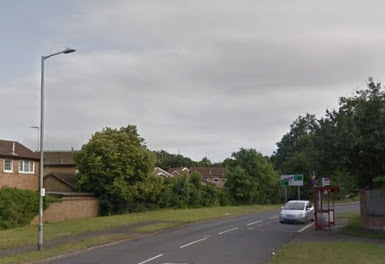 NCT retaliated with services to Moulton ... 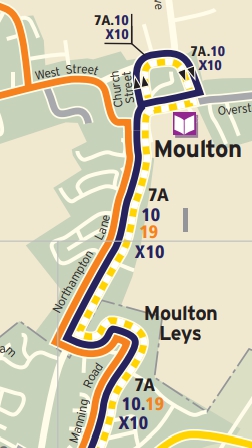 Here is an NCT single decker in the village of Moulton, but showing Moulton Leys which was (see map above) a diversion off the main Northampton Road. 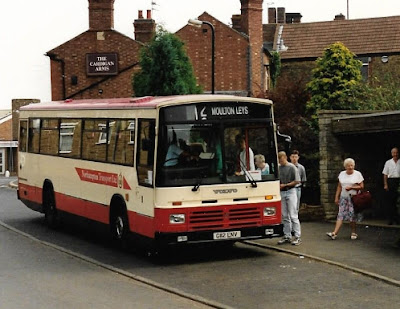 Apart from the sign on the wall of the Cardington Arms, nothing much has changed. 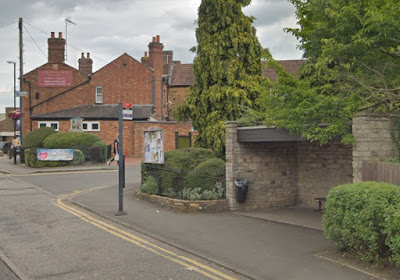 ... Earls Barton and Bellinge, at the time outside the former borough boundary and thus United Counties territory. 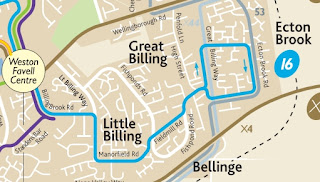 Bellinge, of course, was built where fbb used to walk across the fields to Billing C of E Infant and Junior School until 1955

Northampton Transport was then sold to GRT (Grampian Regional Transport, later to be First Group)  Holdings.

The competitors  kissed and made up. Four of the six workings on service 1 (Duston to Ecton Brook) ... 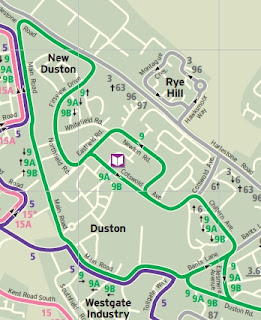 ... and all of service 15 (Town Centre to Bushland Road - former NCT 21) were taken over by United Counties. 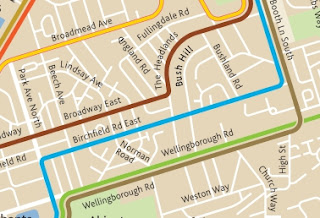 United Counties 15 was subsequently absorbed into a megaroute  which was 15A /15B from Blackthorn to East Hunsbury. (new development south of the town centre) and 15 coming back,
Thus began the inexorable onslaught of Perth on Aberdeen (Stagecoach on First) which eventually led to a slow decay of First and its eventual withdrawal from Northampton.
Such were the benefits of deregulation and competition.
Notes for Keen Readers
Modern maps are shown for reference purposes - and to show that despite all efforts of bus companies to change and confuse in the interests of their shareholders, there are still buses to all the locations that enjoyed the new regime!
There were some lack of completeness in yesterday's blog which has been kindly corrected by Alan. fbb will tag those on to part three tomorrow.
Apologies for calling Northampton's red livery "crimson" - it was, indeed, officially vermilion ... 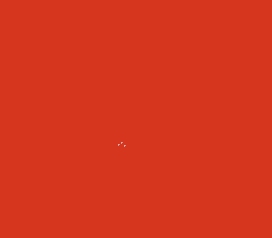 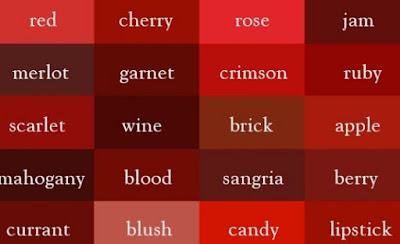 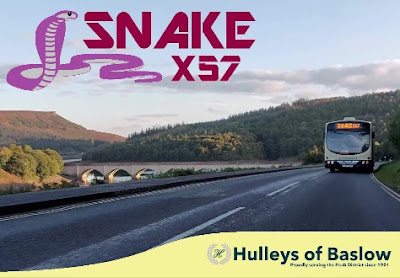 fbb was hoping for more news and pictures of the first day on Sunday, but, due to technical difficulties, these had not arrived by fbb's beddy-byes time yesterday. The above picture is promotional with a fake snake blind display never shown on vehicles in service. 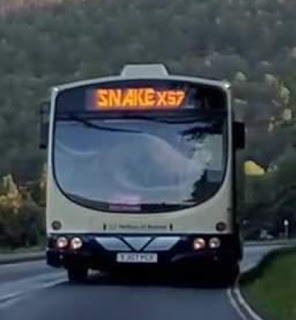 Here is the back end of the first Sunday departure from Manchester setting off light from the Baslow depot - a "light" working of approx 40 miles! 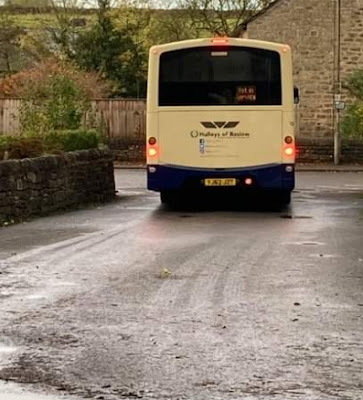 If more pics arrive overnight, fbb will publish tomorrow - so if you are (a) fascinated by this amazing and possible doomed service and (b) an early reader of this blog, please pop back later to see if anything has had made it through the Level 3 restrictions in South Yorkshire!
P.S. Another correction - the blind display shown above (SNAKE X57) is the "brand" shown alternating with the destinations,
P.P.S. Roger French rode the X57 yesterday and his account is (here). It seems he was thee only passenger from Sheffield to Masnchester, joined by man with back-pack at the former Snake Inn. 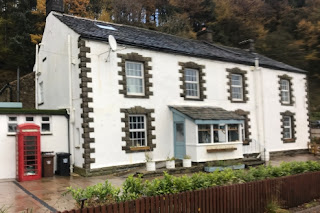 Next How It Was blog : Wednesday 28th October
Posted by fatbusbloke at 02:00