Service Provided by a Scouse Partnership (4)

Which Leaves The 86C

Four services, forming a "Quality Partnership" run along Smithdown Road in Liverpool. We have already grappled with 86s from Stagecoach and Arriva (slightly different, of course) and the 86A from Arriva. The 86C branches off at Allerton Road to serve a loop at Childwall. For reasons best known to themselves, Stagecoach show the 86C as a "circular" back to Liverpool - which is isn't!

It is a lollipop with the minimlist remnant of the sweet left on the end of the stick. Far better to show it like this!

One of the obvious "traffic objectives" of the 86A, but kept at dark secret on Stagecoach's own timetable, is the "University" on Taggart Avenue. 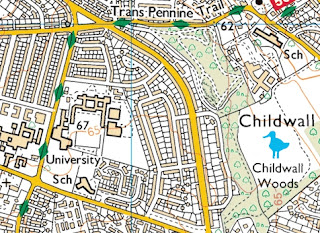 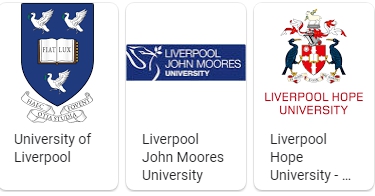 Back to the buses ...
The four services each run every 12 minutes which means 20 "partnership" buses an hour trundle along until the 86C diverges, thereafter a modest 15 buses an hour.
But, apart from the same number series we haven't yet grasped what the "partnership" means for the good folk of Liverpool. For that we need the PTE's (printed?) timetable leaflet. 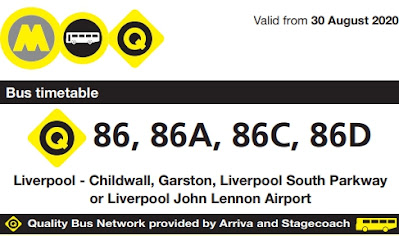 On the front cover, you get a very diagrammatic overview of what goes where. It doesn't tell you that Arriva's 86A calls at Speke Road or that Arriva 86 calls at Parkway on journeys TO Liverpool; it all assumes that the reader knows what SC and ARR (or Arr) stand for. But it's a start.
There then follow individual timetables for each service with no attempt at any timetabular partnership. They appear as four totally independent services.
Again the 86C is shown as a circular; again which it isn't.

But at least the University appears.
But it is the splendid map on the back pages that begins to explain things.
The main drag, Smithdown Road ... 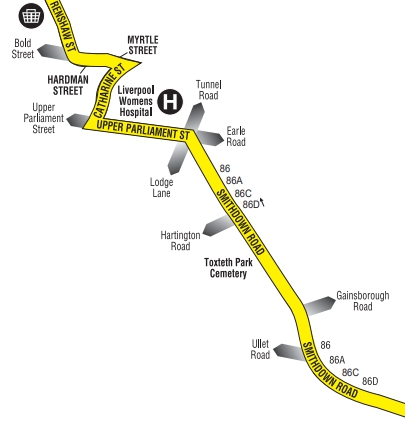 ... splits up as the routes diverge. We get an enlargement (unnecessary?) of Chilwall ... 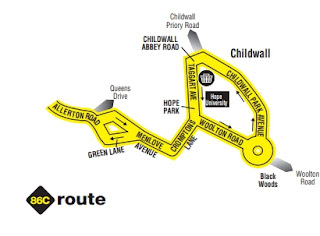 ... but back on the main map (but not on the enlargement) you begin to see what the word "partnership" means. 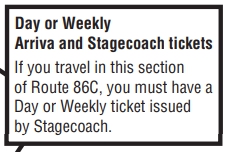 The partnership stops on Allerton Road for the 86C.
A note at Parkway explains incompletely what stops there, again omitting Arriva 86s TO city.

A bigger note explains another limitation of the Quality togetherness. 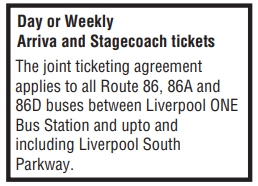 Step over the boundary to Garston or the Airport ...

... and you are now in Arriva country - so no partnership.
So we can define the "Partnership" as simply a joint ticketing arrangement on the sections of route served by both operators but not valid once the invisible border posts are passed.
And Quality? Nothing special appears to be offered.
Pretty pathetic really and well short of the normal definitions of "Quality" and "Partnership". It is better than Sheffield, however, where there is no joint ticketing arrangement anywhere in the city - you have to buy a more expensive PTE "Rover" to get that, and more expensive again if you want to include the tram.
Can we discover what the joint ticket prices are? From the PTE ... 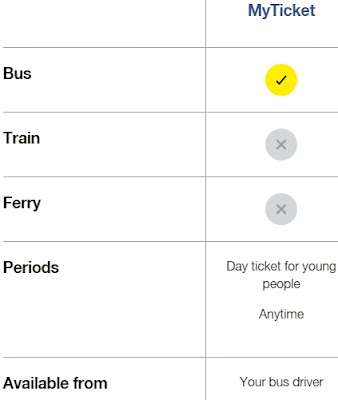 ... only their controversial "young person's" ticket is available from the bus driver. Adult bus day tickets are only available from Stations, PTE offices and shops. 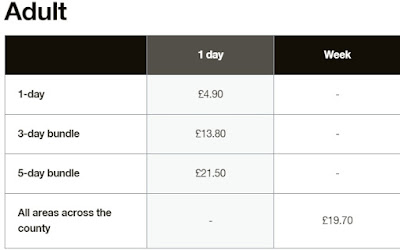 Presumably the £4.90 is available on all the manifestations of the 86.
Or you could go for an operator's ticket and hope you didn't, later, choose to travel on the "foreign" bits of 86A and 86C (and 86 between Parkway and Speke)?
Stagecoach Dayrider:- 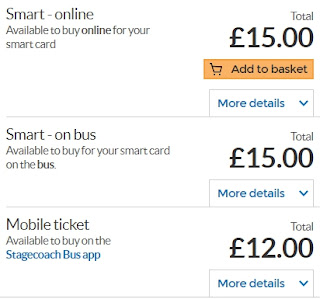 Finding anything on the Arriva web site is a huge challenge, but, after several 404 missing page episodes ...

... and a tortuous route which involves first choosing a region, the old man found this - for making on-line purchases.

So 10p more for a day of Scouser fun on Arriva and 50p/40p more from the PTE.
Needless to say there is nothing about single fares or whether straightforward returns are available.
The system seems to be standard for all the partnerships routes, as here with the map note for the 82 complex. 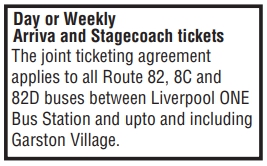 Just for fun (?) fbb triedto book a through journey by train and bus to the Airport ...

Erm, it's a through service on the BLUE line to Parkway then a simple hop and skip on an 86A! 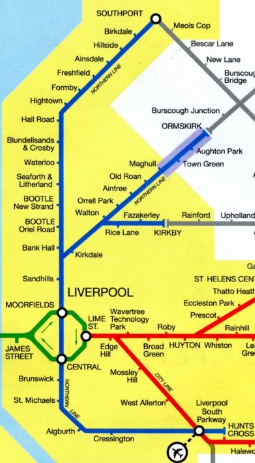 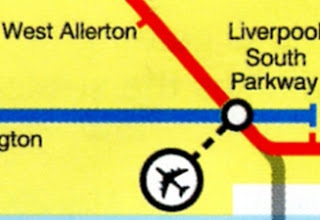