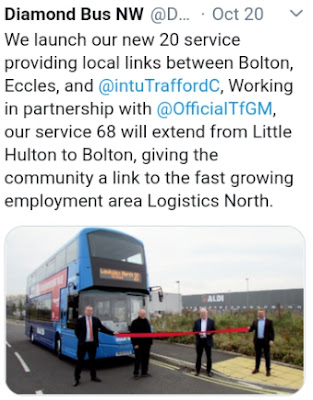 It is probably just little bit silly taking a bus out for a ride, posing four bigwigs at social distance and pretending to cut a piece of red ribbon, but Diamond Bus, successors to First in Bolton, was naturally keen to promote its new venture.

So off the Diamond North West's web site. But no ...

... not a sausage numbered 20. There was, however, a service 2 from Bolton which take you into the Intu Trafford centre. 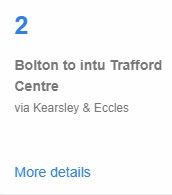 Service 2 runs every 30 minutes, but there is no mention of a service 20. Ahah! fbb has an idea - perhaps the 20 is not starting yet, and you wouldn't want your web users to find out about in advance, would you.

Whilst musing of the problem, fbb decided to have a look at the complete service 2 timetable, so see if there was a clue, perhaps (little chance!) on a leaflet. Here then is Diamond's PDF for service 2.

A careful perusal of the extensive list revealed, initially, that the service numbers were in no particular order ...

... because you wouldn't want to make it easy for your customers, would you?

Also, helpfully - NOT - there is nothing about a service 20.

... service 22 between  from Bolton into Intu is diverted. BUT there are no service numbers between 18 and 27, remember?

How about "News" - one of many little headings atop the home page pf the web site. The big news is ... 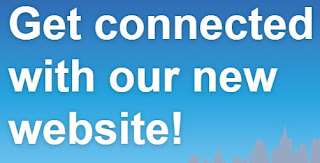 ... but patience, patience fbb. Scroll down a bit and you will find this. 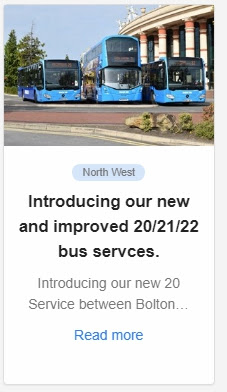 By now, fbb was slavering with delighted excitement and clicked to read more.

Following a successful bid to the Better Deal for Bus Users fund, Diamond are pleased to extend the service from Little Hulton to Bolton via Logistics North. The service will operate via the current route between Trafford Centre and Walkden, then via A6, Cleggs Lane, Captain Fold Rd/Old Ln estate, A6 (Dun Mare), Logistics North, Four Lane Ends, St Helens Rd, Hulton Ln and Deane Rd to Bolton Interchange.

The service will operate up to every 30 minutes and new early morning journeys are added to the timetable.

Following a successful bid to the Better Deal for Bus Users fund, Diamond are pleased to extend the service from Little Hulton to Bolton via Logistics North. The service will operate via the current route between intu Trafford Centre and Walkden, then via A6, Cleggs Lane, Captain Fold Rd/Old Lane estate, A6, Logistics North, Four Lane Ends, St Helens Rd, Hulton Ln and Deane Rd to Bolton Interchange.

The service will operate up to every 30 minutes and new early morning journeys are added to the timetable.

So the old man clicked "here" and absolutely nothing happened.

Diamond clearly have no desire to make things easy for their passengers who may well turn up for a 68 on Monday.

But go back to the original "read more page", don't be diverted by interesting timetables for the 68 and, at least, you get this.

Yes, folks, it is a timetable for the 20, starting after this coming weekend. And it gets better! Scroll down further and you get a map. 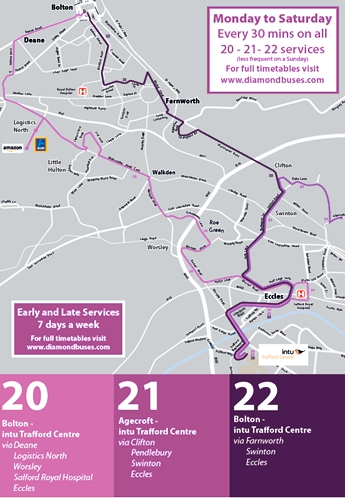 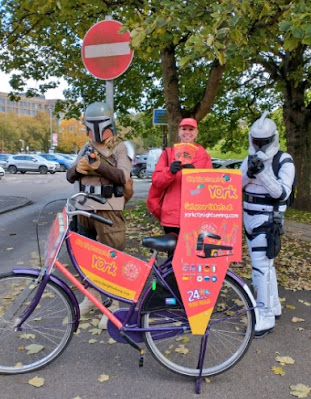 A bit of aggressive marketing in York? Do they take your money and ride off quick without giving you a ticket? 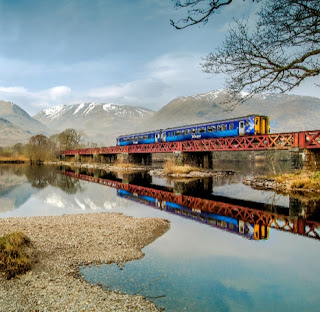 And for cyclists, is about to get gorgeouser. 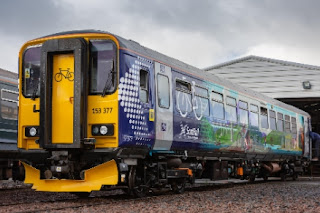 Single car 153s will be attached to your West Highland line train, providing a modicum of extra seating, but space for 20 bikes. 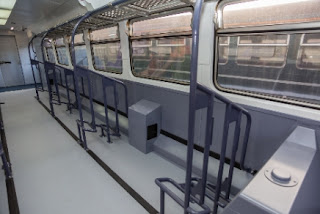 Not Part Of fbb's Collection 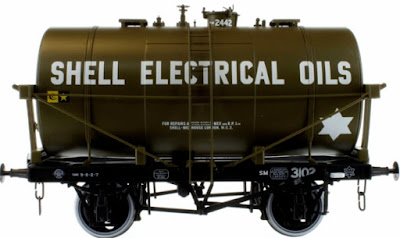 Above is an "0" gauge tank wagon (that's 7mm to the foot - so big) manufactured by Dapol and selling for £52.50 or thereabouts.

"O" was in its infancy in the early 1930s when it was being developed as a toy train. Two firms based in Germany were producing tinplate tank wagons. The well know firm was Bing who later had a hand in developing Trix Twin OO.

Another manufacturer was Karl Bub. 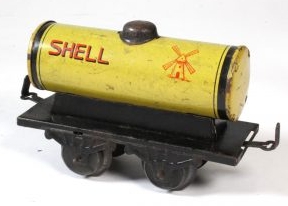 It is fair to say that O gauge has moved on a bit! OO gauge likewise has moved on since it appeared in the late 1930s as fbb has been documenting in his collection of tank wagons. He has just obtained a pre-war Trix Twin wagon which will feature in a future blog.

If you are interested, a pre-owned pre war O gauge tank wagon will set you back about as much as a brand new one - and often even more. This really old Hornby jobbie is on Ebay at ... 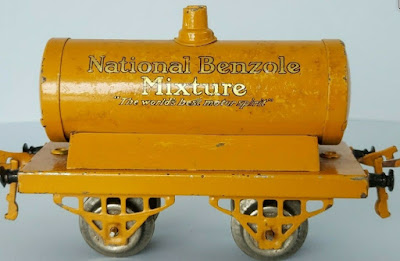