Service Provided by a Scouse Partnership (2)

fbb explained that the gestation of the Liverpool chumminess between Arriva and Stagecoach was begotten by intensive competition on certain corridors. It is these corridors that have been brought together to form the Liverpool Quality Partnership.

Here are the services with some map extracts to help with our readers grasp of Mersyside geography - and to help fbb do the same.

Liverpool, Page Moss and St Helens. Up to every 5 mins. 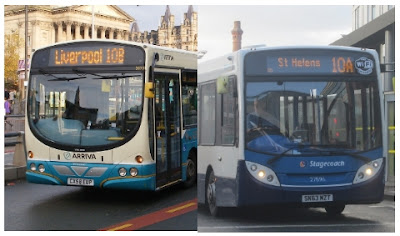 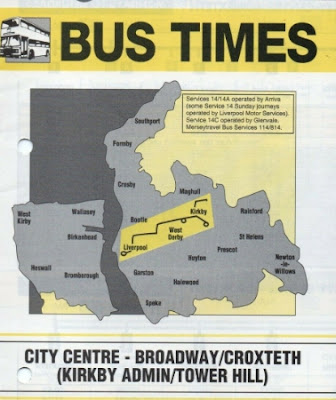 Liverpool and Croxteth. Up to every 5 minutes 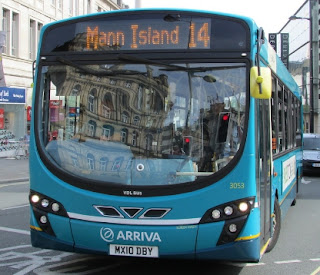 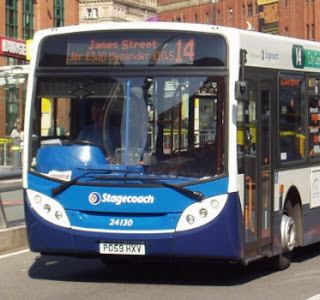 The GREEN thoroughfare is the East Lancs Road linking Newtown with Seaport for those who remember Z Cars! Note Gillmoss, site of the Stagecoach depot. 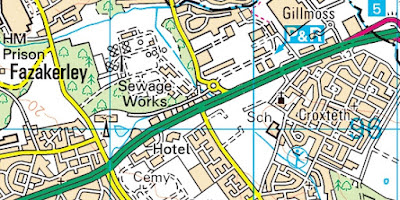 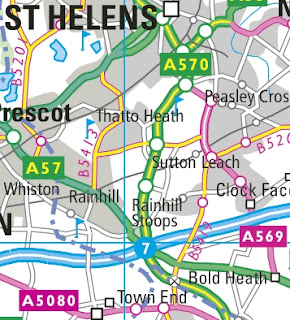 St Helens and Sutton Manor. Up to every 10 minute
This is a local corridor leading south from St Helens. ... 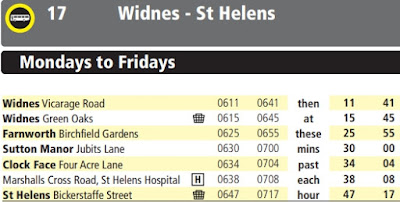 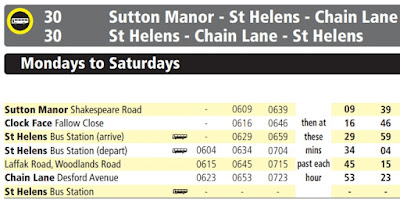 ... and is all Arriva - no sign of Stagecoach. fbb makes it every 15 minutes! Covid to blame, maybe? 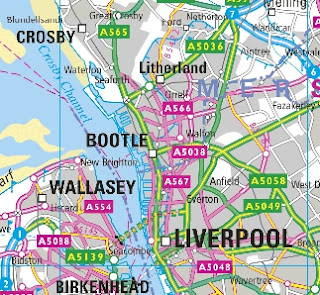 Liverpool and Crosby. Up to every 7/8 minutes 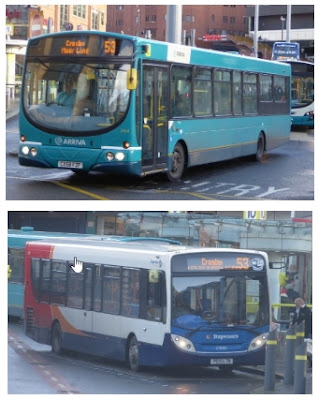 Liverpool and  Liverpool South Parkway. Up to every 5 minutes Routes via A562 and via Garston will feature in tomorrow's blog. They all congregate at Liverpool South Parkway station. 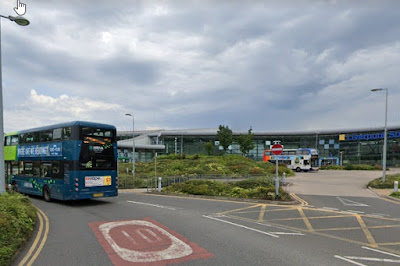 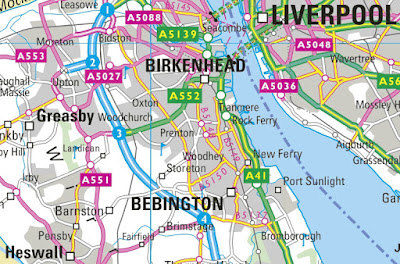 Liverpool and Heswall or Barnston. Up to every 10 minutes
These two use the Mersey Tunnel to cross to the Wirral. 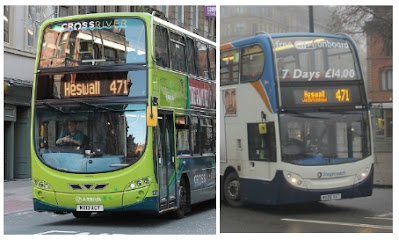 Not Fit For Purpose?

A correspondent (who wishes to remain anonymous) contacted fbb with yet another ghastly howler from the folks at South Yorkshire PTE.
Here is his email, slightly edited by fbb which refers to a journey he took recently between Sheffield and Rotherham. (click on the map for an enlargement) I read your blog (as usual) this morning and noted the remarks about SYPTE. Nothing new there!
Not long afterwards I was in Sheffield Interchange and wanted to catch the X78 to Rotherham, something I haven't done in a long time. Not knowing which stand to go to I consulted the index to destinations ... 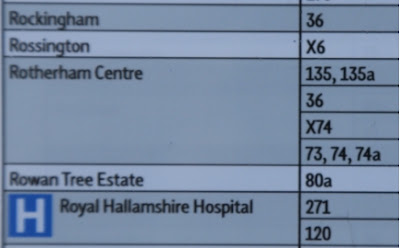 ... and to my surprise the X78 wasn't listed under Rotherham.
Also, please note the following from the list above:-
36 has not run since the start of lockdown
X6 has not run since the start of lockdown
neither will be re-introduced.
135a does not run from Sheffield
271 does not exist at the moment
X1 and X10 between Sheffield and Rotherham do not appear
Apart from those minor points, the list is complete!
I know it still runs so I looked under Doncaster, and found it runs from stand C1.
While waiting there I looked at the information display on the stand, and the standard line diagram shows the X78 as running via Brightside, Meadowhall, Thrybergh, Conisbrough and Balby to Doncaster. 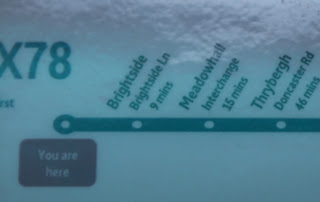 Absolutely no mention of Rotherham - unbelievable!
For the record, here is an extract from our correspondent's missing X78 ...

And an extract from fbb's missing X1 and X10

They both DO run via Rotherham.
A Nonymous continues:-
I also noticed while waiting a large display poster for Hulleys' X57. 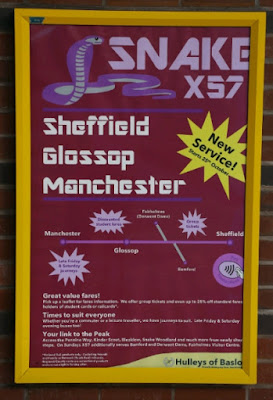 A superb effort by a small operator. What a great shame the launch seems set to coincide with Greater Manchester gaining Covid Tier 3 status, with South Yorkshire possibly not far behind.
With Level 3 restrictions imposed by Herr Diktator in Manchester, it is likely that the X57 will NOT start next weekend. A trip to or from Manchester would seem to be verboten?
But what a contrast. PTE publicity, USELESS. Hulley's publicity, SUPERB.
Raconteur Reveals Riddle of Wrenn (6) 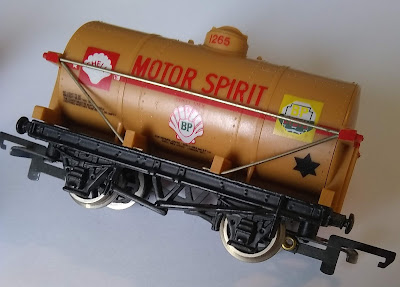 fbb simply has no idea where the body for his tank engine came from. It was certainly not Triang and nothing like it ever appeared from Hornby Dublo.
One thing we do know is that Wrenn eventually collapsed, its assets (namely Hornby Dublo moulds) were bought by Dapol. But Dapol only ever produced a few former Dublo wagons.
Here, for example, is the Dapol version of the Dublo Saxa Salt wagon ... 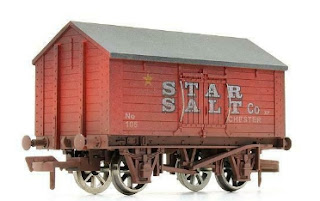 ... and the ex Wrenn ex Whoever tank wagon. 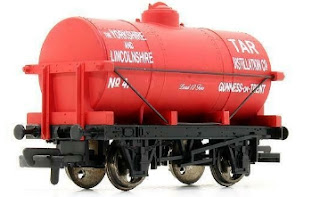 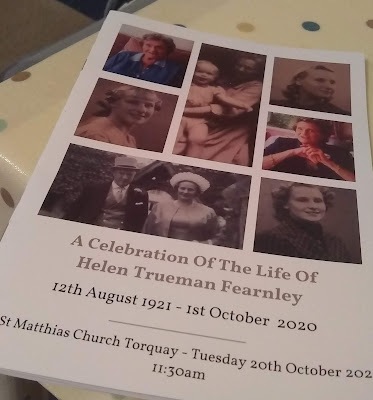 Yesterdays celebration of 99 years of well-lived life went very well, despite the restrictions on numbers and the tedium of social distancing in the Church. It was a tiring day for the old couple (the odd couple???), hence blogging brevity.
NORMAL SERVICE WILL BE RESUMED TOMORROW
-o-o-o-o-o-o-o-o-o-o-o-o-o-o-o-o-o-
Next Mersey partnership blog : Thurssday 23rd October
Posted by fatbusbloke at 02:00