Wading Through The Black Lake (2)

At least it does for an outsider looking in. Even Wikipedia bemoans the lack of a proper network map for Dublin. Maybe Dubliners find it easy, but fbb doubts it. 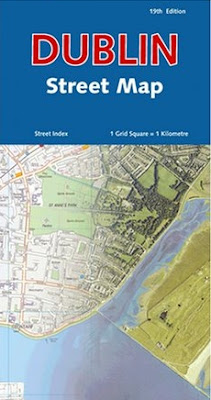 Dublin Bus' 'Core Route Map' does, however, provide some visual information about key routes in the city. 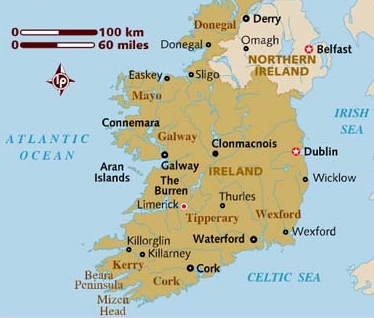 Transport for Ireland provides excellent urban route diagrams for Cork, Limerick, Galway, Kilkenny and below, Waterford. There is a simple colour coded index ... 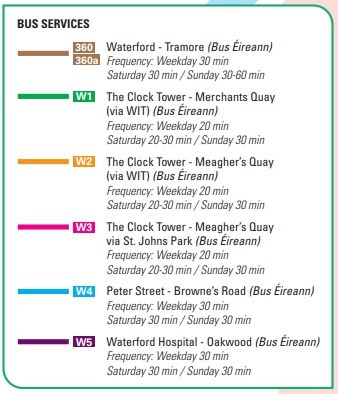 ... a more than adequate route diagram (part only shown below) ... 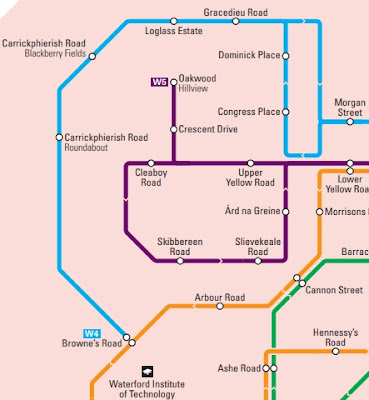 ... and a fully detailed geographically accurate map of the central area. 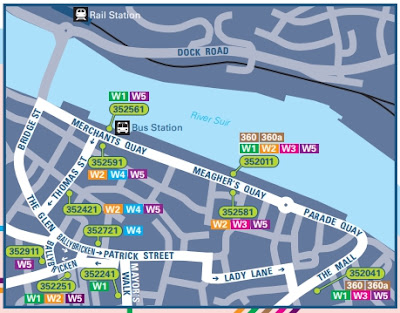 But all you get from TFI for Dublin is a rail and Luas tram diagram (again, part shown below). 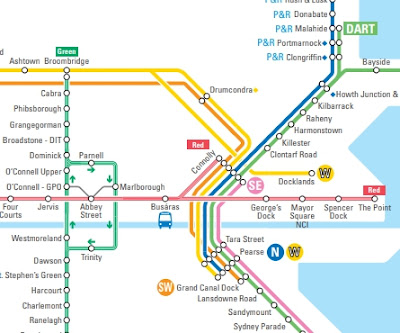 The "core route map", referred to by Wiki, is fine if you journey happens to be on those services; but once "out in the sticks" you have nothing.

This makes understanding the current proposals for a major network re-jig somewhat tricky - but, never one to shrink from tackling the tantalising trouble of transport topography, fbb will (as Wilfred Pickes used to say) "Have a Go!". Sadly there is no Mabel at the table to "give 'im the money" ... 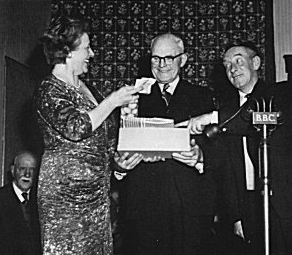 ... or Harry Hudson at the Piano to accompany the song which was sung onmes with gusto at the end of the show.

For those younger that about 107, the allusion will be meaningless; but "Have A Go" was a hugely popular radio show "bringing the people to the people", back in the days when you only had a BBC telly with a wobbly picture.

Here are extracts from this "core" set of routes; first, the central area. 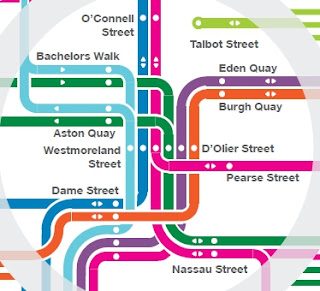 Missing from this diagram is the River Liffey, admittedly not carrying many bus services; BUT a useful geographical feature to aid the translation of the diagram into reality.  Bachelors Walk and Eden Quay are on the north bank of the river, whilst Aston Quay and Burgh Quay are on the south.

Note that MOST services run via D'Olier Street OR Westmorland Street. Here is Google Earth to help us. 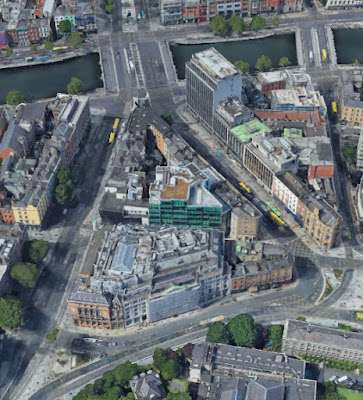 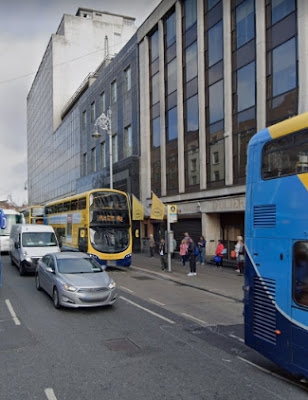 ... and Westmoreland Street one way northbound. 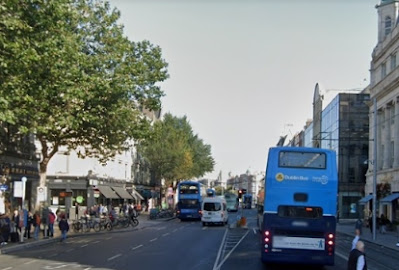 Straight ahead, as we look north, is O'Connell Bridge and O'Connell Street, famed landmarks of the great city of Dublin. It has changed a bit since 1912 ... 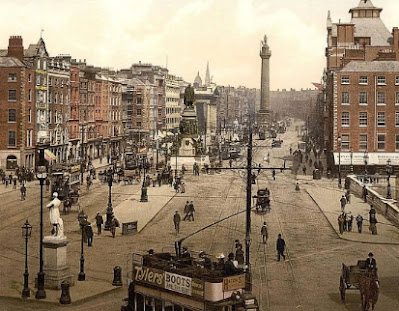 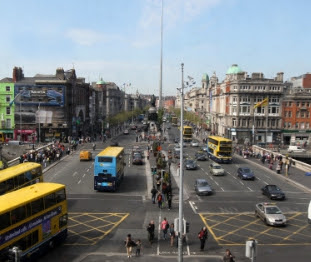 ... and its changed a bit more since the modern trams arrived! 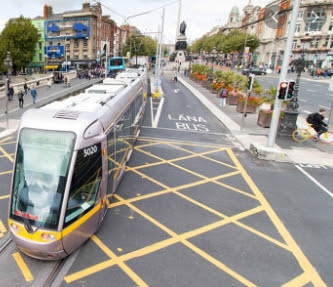 The city centre diagram is, clearly, inadequate for all but the very expert local bus or tram passenger. The tram is running on a one way section, but a whole street apart. 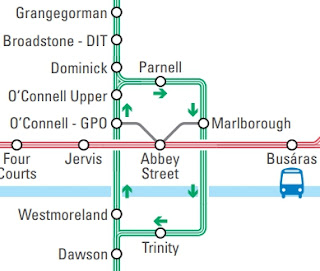 Google Streetview is erratic in its presentation of the trams but here is O'Connell GPO northbound tram stop ... 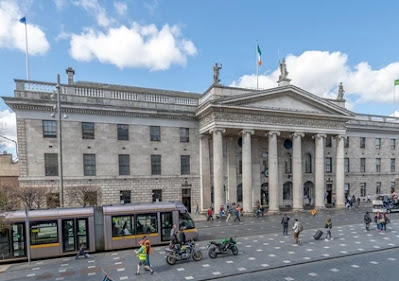 ... and the stop at Marlborough southbound. 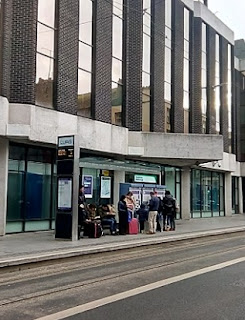 The cross city link on the GREEN line only opened in 2017, previously the line ran in twp sections with a large gap in the middle. The RED line runs at right angles with a stop in Abbey Street (both directions). 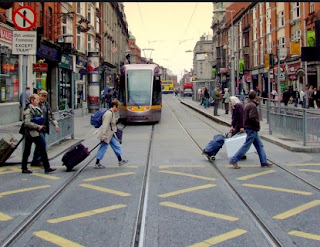 But fbb is only putting off the dreaded day when he begins to examine the Dublin Bus network now and after the proposed reorganisation.

The old man will be grappling with the GREEN group of bus routes ... 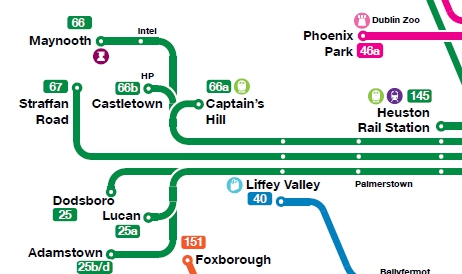 ... which run west from the city centre. 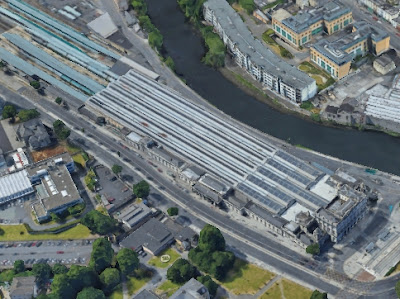 They call at Heuston railway station ... 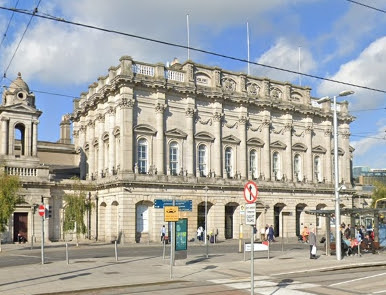 ... with its imposing frontage and a long long side-age on St Johns Road. 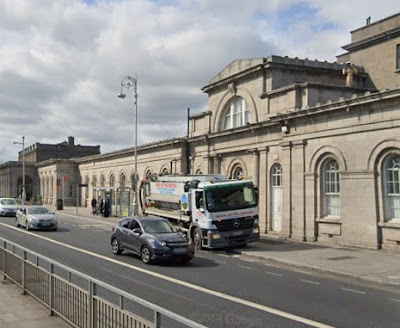 Except, they don't! They actually stop on Park Gate Street ... 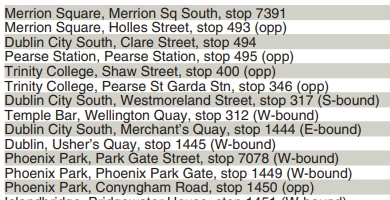 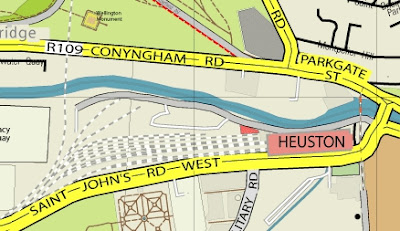 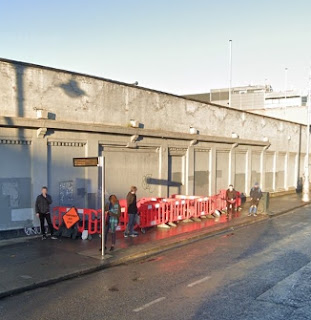 Such are the joys of simplified Core Bus Network maps!
Thereafter the 25, 66 and 67 services follow a common set of roads until the splurge apart at the end.
The only Dublin Bus on Streetview near the station was ... 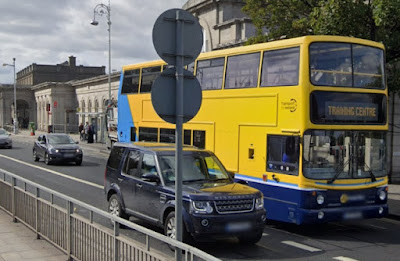 One on Driver Training duty!

Without a proper map, fbb's investigations will be rudimentary!

The Joys Of Shopping On-Line

Hornby R6955 tank wagon - brand new.
As far as fbb can tell, no wagon looking like the Hornby model ever existed - unless someone "out there" knows better!
Here are the current prices on-line with plus (+) postage shown

(1) as purchased by fbb from The Cheltenham Model Centre

Today the fbbs are taking an chum to the hospital for a visit which might include an outpatient "procedure". Whilst the NHS is very noble and wonderful etc. this procedure is encompassed with ifs and buts and no clear guidance as to timescale. If the gang is stuck there all day, tomorrows blog may be curtailed. On the other hand the hospital Wifi might work and fbb can compose "while U wait".