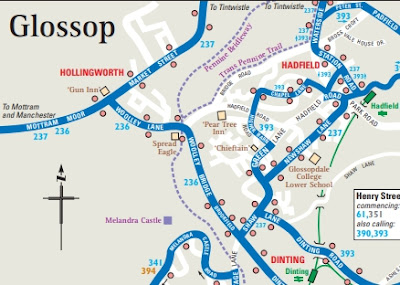 When fbb was writing about Hulleys "courageous" service from Sheffield via Glossop to Manchester, he pointed out that, earlier this year, Stagecoach had withdrawn service 236, half of the route that now only runs as far as Ashton. 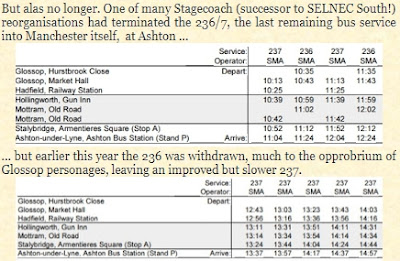 But for a few fleeting days there was a 236 replacement. Buses magazine for October (just arrived at fbb mansions) explains all. 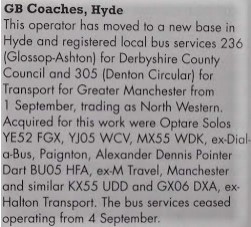 On line evidence suggests that the company has (had?) some smart coaches ... 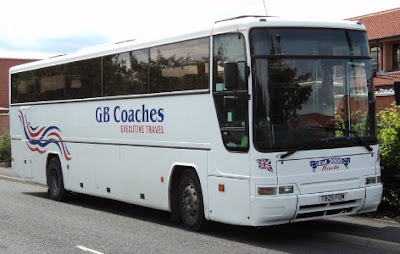 ... and some very un-smart buses used for school contracts. 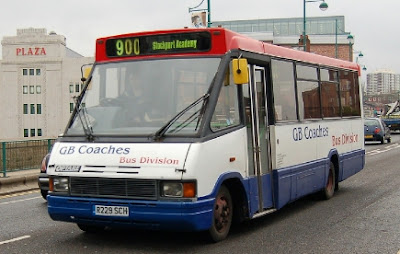 Tameside Radio, that bastion of all that is hip hap and happening in Glossop, reported the development enthusiastically ...
After discussions with Derbyshire County Council and High Peak MP Robert Largan, Northwestern Buses has announced its plans to take over the 236 from Tuesday 1 September and extend the route to serve Simmondley, Gamesley and Tameside Hospital.
The county council has confirmed that, as is the case with the Stagecoach-run 236, the new service will also be a commercial service with no direct financial subsidy from DCC.
The service will operate every hour from Mondays to Saturdays, with buses mainly departing from both Glossop and Ashton at 35 minutes past the hour.

Their web site also has a picture of two of the buses, looking rather splendid in a full repaint (?). 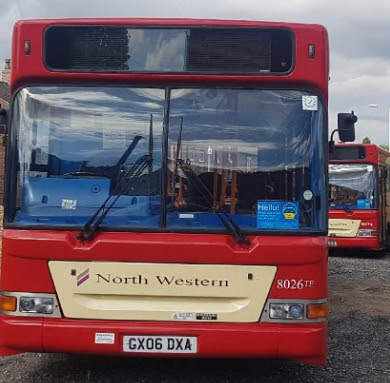 Aha! Maybe not as these two used to be owned by the defunct Halton Transport. 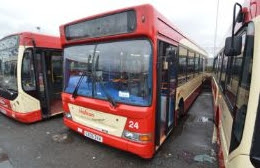 Sadly, Tameside Radio had to report the demise of the 236 three days later. 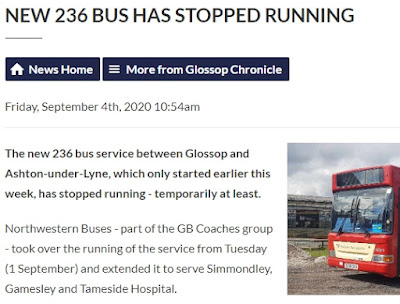 The operator blamed the Virus, which, apparently, came as a shock to the company as they must have known nothing about it three days earlier.

Bravely, showing no fear in the face of Covid, but dressed as a gangster, Northampton Alan took a trip to the home of Concrete Cows and Notwork Rail.

He spotted this awaiting departure at the stands outside the station. 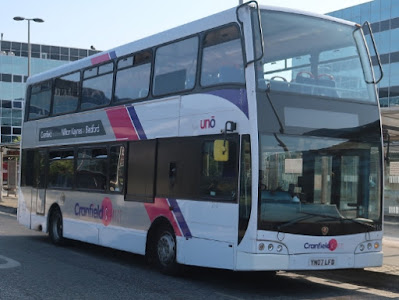 U No Who operates for several Universities, this being the University of Cranfield, formerly the RAF Technical College of many moons ago. There has been a rebranding exercise (why?) over that last year or so, because the bus used to look like this:- 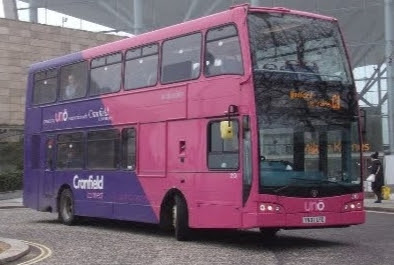 Before it was Cranfield Connect or even just Cranfield (why?) it looked like this ... 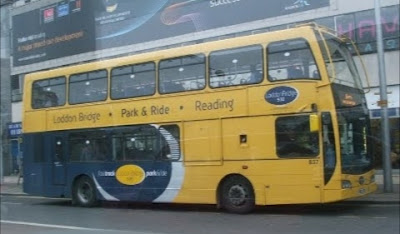 The Loddon Bridge Park & Ride site has not been a resounding success ... 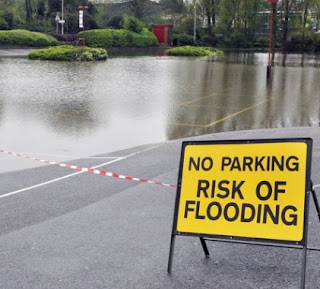 ... which may explain why the buses have "moved on".

fbb is fairly sure that this tweeted picture is a fake; but it does illustrate perfectly the big problem with all forms of public transport in the UK. 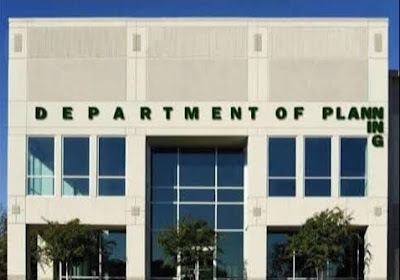 fbb has a problem - well he has several problems but one which blog readers may able to solve. It concern one tank wagon that fbb bought to enhance his somewhat esoteric collection of similar rolling stock from the many and various model railway companies or old and at present. 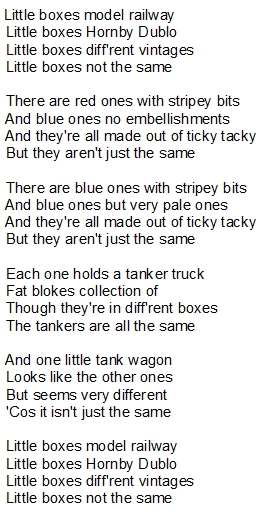 This one, from Hornby Dublo, came in a DARK BLUE PLAIN box ... 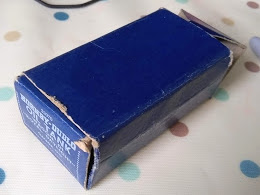 ... and, st first is seemed nothing special. 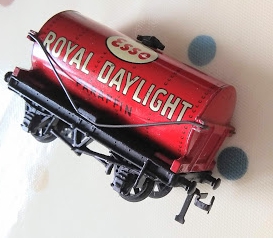 It could easily have been a duplicate, a repeat of a wagon already safely accumulated on the blue box under the dining room table with most of the other tank wagons.

But wait and see! There is something very odd about this model. (more tomorrow).

You Never Know What's Round The Next Corner

The fbbs were happily bumbling back from the Wednesday afternoon prayer meeting at Church, when approaching was a vision in cream and green; a rather splendid double decker. 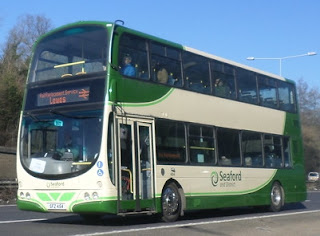 What was Seaford and District's finest doing on the road between Seaton and Axminster?

Buses magazine answered the question. It have been acquoired by local operator Axe Valley Travel via Ensign Bus and Coach and was off for a school run still in full Seaford Livery. Seaford had registered it as SFZ 454 but it now bears its original plate LB02 YXL. 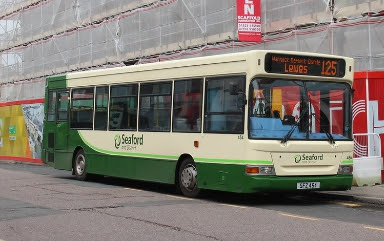 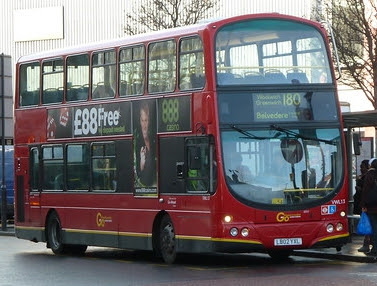 It was operated by GoAhead as per the picture above.
Axe Valley closed down under lockdown AND faced a Traffic Commissioners hearing for maintenance problems. Bus watchers wondered whether its redoubtable proprietrix  would "throw in the towel" - but services are now running at BC levels.
Another No Comment Picture! 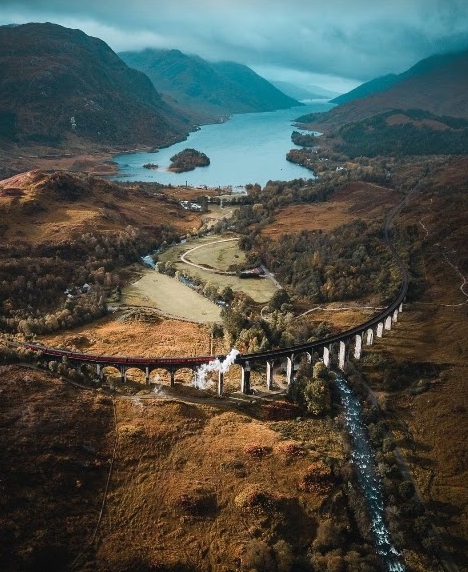 Need a clue? Surely not? OK, it shares its name with this feature which you can spot in the main picture. 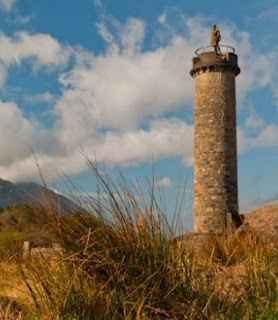 Or even a bottle of this:-