Today is scheduled a state visit from the Fearnley family, the first since lockdown and, the way things are going, the last before yet more dotty and confusing legislation makes such events impossible. One of the main excitements for Georgina (approx 6) and Archie (definitely 8) is seeing the wonders of Peterville Quarry railway in operation.

A declutter is decidedly demanded ...

... and duly dutifully delivered! The other "end" is looking better with signalbox back in place, pump house "pumping" and water tower towering.

The rebuilt carriage shed is particularly pleasing, although there is more work to do on the roof supports, hence the laggy band.

But this little beastie has caused a problem, and a problem with one the young 'uns' favourite parts of the layout. 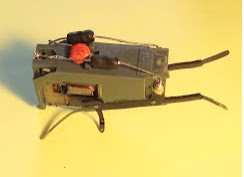 Readers may recognise this metallic creature of which more in tomorrow's blog.

Signs Of The Times
Sheffield correspondent Roy sent in this picture of a bus about to set off for the retail therpeutic joys of Crystal Peaks shopping centre. It was photographed at about 1730, i.e. at evening peak. 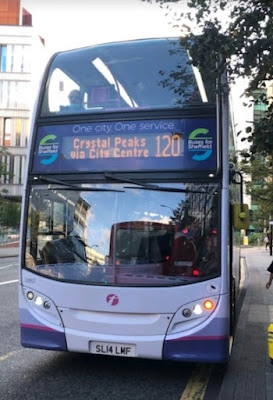 He was able to observe its loadings all along Arundel Gate, calling at most of its important city centre stops. Arundel Gate runs from upper left in the Google Earth extract below ... 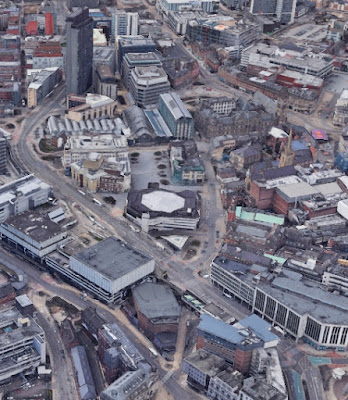 Roy reports just over a handful of passengers joining this service when, in happier times, you would expect the bus to be comfortable full (or even uncomfortably full!). In many towns and cities the busiest bus time of the day is between 1000 and 1500; the peak is now off-peak.

Sheffield operators are now bracing themselves fir the return of the Universities, both original and best Alma Mater of fbb, and upstart Hallam Uni.

Meanwhile Edinburgh Comes to Halfway
The "East Coast Buses" buses are now busily operating tram replacement BL2, changing from Tuesday onwards to BL3. In some ways these buses look alien, but Stagecoach has ensuresd that they are "well dressed" for the job. 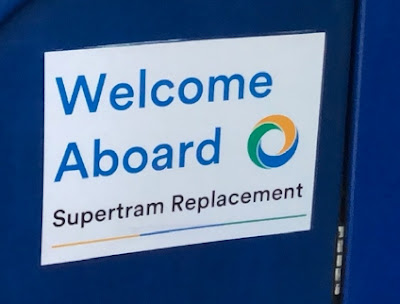 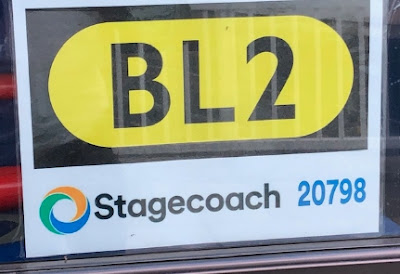 Despite their lengthy service in and around Edinburgh, the buses look very smart in the September sunshine. 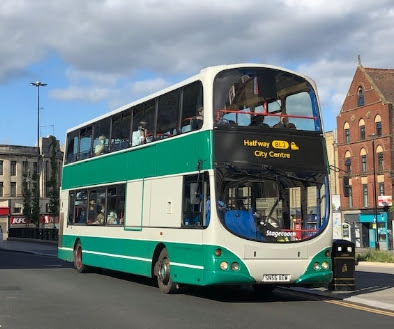 Meanwhile, the timetable for the BL3 has been published by the sainted Travel South Yorkshire.

Trams are running to Donetsk Way, which is in the middle of nowhere very much ... 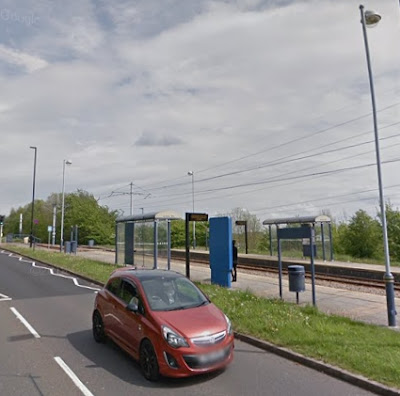 ... whence the BL3 will whisk them on to Crystal Peaks and Halfway.

Bus watchers are speculating as the where Birley Moorthorpe Way might be.

Donetsk Way is at the orange pointer and "traditional" Birley is just to the left of the Golf Course. Moorthorpe Way lies almost exactly half way between the two.

But it certainly is NOT at Birley!

Watch our for Monday's blog where a similar nonsense nomenclature notion is spectactularly befuddling passengers.

A Chocolate Peanut For White Bus
The Company has featured in these blogs before, notably in trying to unravel (unsuccessfully) the mystery of  Cranbourne and Winkfield; and reviewing an excellent book about the Company's history.

A tweet appears which shows their very real concern for good customer service.

Instead of "leaving it to the County", one of their "lads" has started producing their own departure list displays for bus stop frames.

And very good they are too. 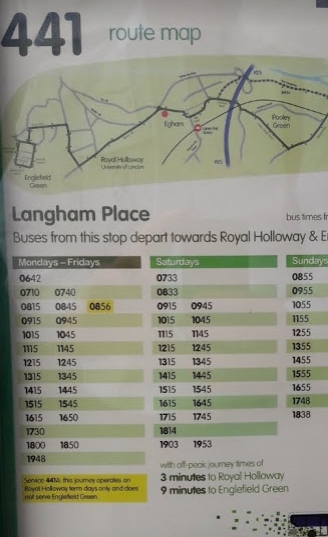 Of course, a timetable would take up no more space and save the uneasy "with off peak journey times of ..." (bottom right).

And what is even better, Surrey County Council have agreed to stick them up.

An idea for other operators frustrated by poor quality and out-of-date bus stop information? The Langham Place in question is not where BBC Broadcasting House is located, but a not too inspiring bus top in Egham. 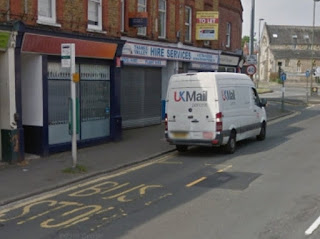 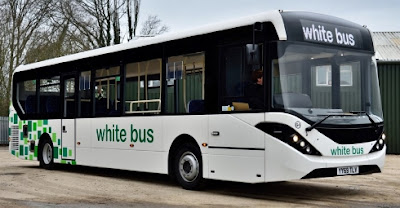 fbb cannot work out what colour the buses are usually painted, and why!

Too Much Information
fbb sent a large and heavy package via Parcel Farce ...

... which now brands itself "Worldwide". For fbb, "Worldwide" meant from Seaton, Devon to Aston to the east of Sheffield. The well packed package was full of Sheffield Omnibus Enthusiasts monthly magazines.

"What is the value of your contents?" asked the very nice lady at the Post Office just along the road from fbb mansions. 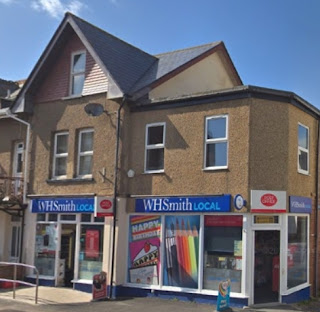 What value can you put on the accumulated omnibological wisdom of Sheffield "hairies"?

When the lady told fbb what the cheapest price would be, there was a slight pause whilst fbb wondered whether he was buying the post office business; but, needs must, he smiled weakly and paid up.

Posting was on a Friday and the nice lady explained that it would be delivered on Tuesday. It arrived on Monday.

fbb was also given a receipt. 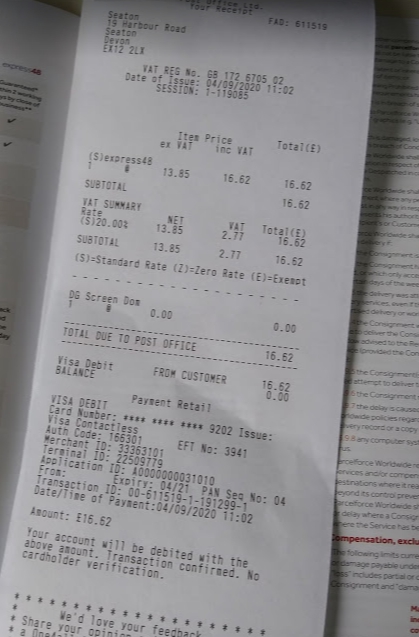 - but it reminds him SEVEN TIMES!

Whatever happened to sticking a stamp on?


Next Variety blog : Sunday 13th September
Posted by fatbusbloke at 02:00