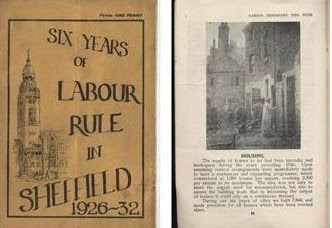 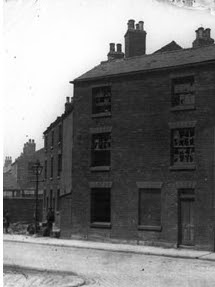 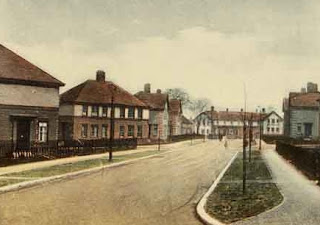 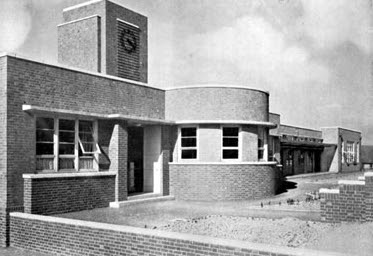 ... and a couple of local shopping centres. 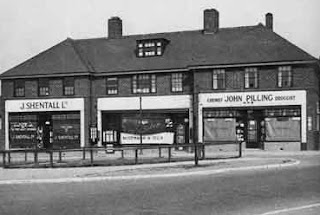 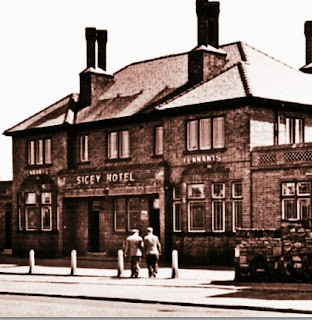 ... clubs (as in Working Mens') and other community facilities were all provided for the brave new world of Shiregreen.

It was the job of the city's Transport Department to provide the essential bus services that people would need as they moved in.

So, as the estate splurged northwards from Firth Park, along came the buses. 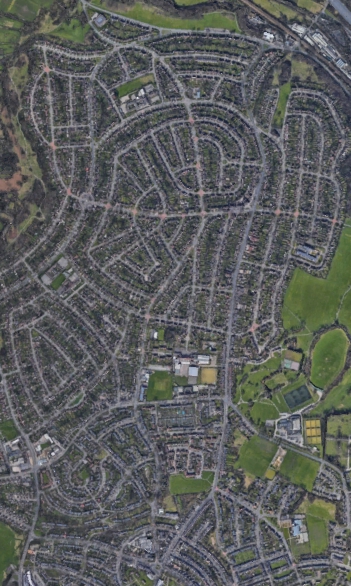 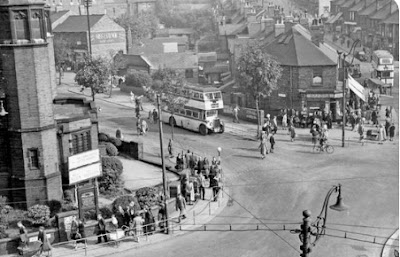 ... Sicey Avenue to the left and Bellhouse Road on the right. These two thoroughfares form the spine roads of the Shiregreen Estate with Hartley Brook Road following the line of Hartley Brook (clever naming, eh?) upper left (see aerial view above).

The first bus to Shirgreen was service 90, effectively a works and shift-time service between Firth Park, Attercliffe and Darnall, taking workers to the very industrial areas of the city-to-be. Service 90 was extended to run down Bellhouse Road as far as Nethershire Lane in October 1931. 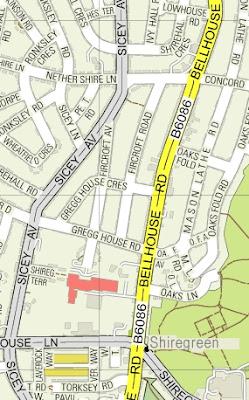 The 90 was later extended one whole stop to Low House Road. It lasted just over a year until Shiregreen got its own "proper" service in November 1932, also from Firth Park and numbered 75 and also only as far as Low House Road.

Less than a year later, with the estate developing all the time, the 75 became a circular Firth Park, Estate, Firth Park. The route is not clear from the records, but it likely set the pattern for the big change five years later in October 1938. 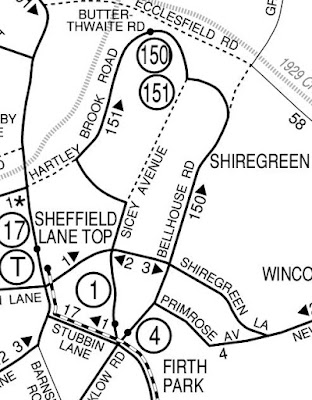 Services 150 and 151 ran from the centre of Sheffield to Firth Park, then 150 ran OUT via Bellhouse Road and back via Hartley Brook Road and Sicey Avenue. The 151 ran round the loop in the opposite direction. For the purist-pedantic, the 150/151 did not reach the Butterthwaite Road time point until 1950! 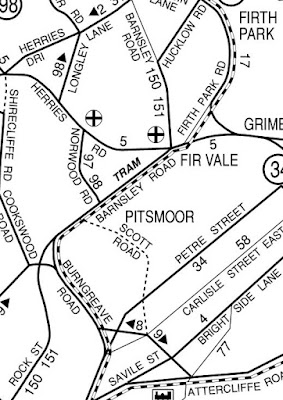 They did not follow the main road into town but diverted "a back road route" via Nottingham Street ... 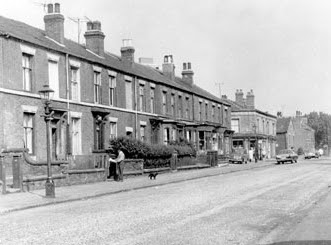 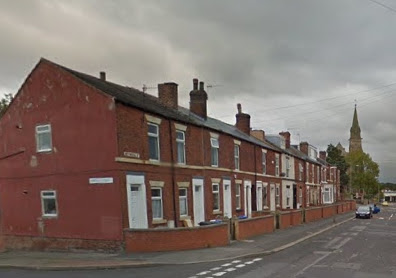 ... and Rock Street to reach a terminus just outside the centre at Bridge Street. 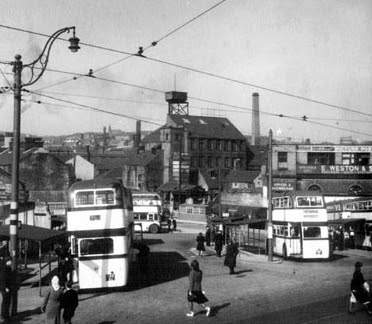 What was once this little bus terminal is quite unrecogniseable today; voila "Love Square" ... 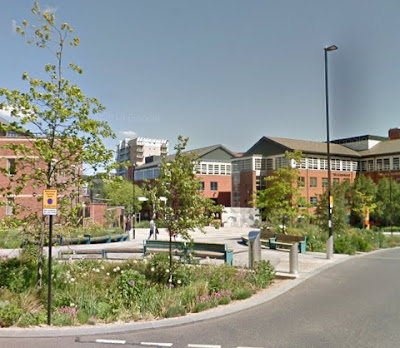 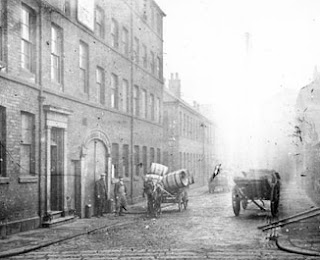 Still where it always was, but, again, quite different. 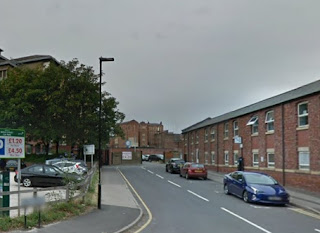 There was nearby, for a time, a parking area for STD buses, always referred to as Love Lane.

No one seems to know why the numbers 150 and 151 were used. At the time Sheffield Transport used lots of numbers for short workings, so "odd" journeys on the Shiregreen estate could be 20, 24 or 75! Numbers were therefore in short supply but in 1938 there was a huge gap after 97 and 98 with only a few oddment numbers in the hundreds. 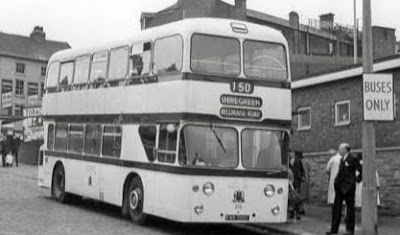 Even when numbers 150 and 150 were snaffled as part of the PTE renumbering scheme from 1973, the routes remained unchanged. 150 became 47 (previously used for buses to the flooded village of Derwent) and 48 (the Manchester service becoming X48). 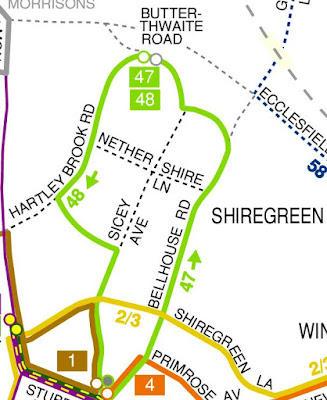 It was still simple. 47 out via Bellhouse Road, 48 out via Sicey Avenue.

Indeed that route structure remains unaltered to this very day ...

Livery Delivery
Sometimes we do get to see a modern bus company using a very traditional livery. 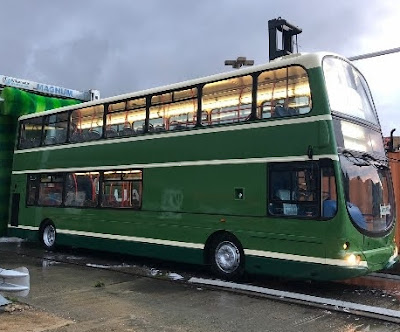 The simple but distinguished scheme is here shown on a "new" bus, a "pre-owned" vehicle from Edinburgh (Lothian Regional Transport). The company is Xelabus of Eastleigh. 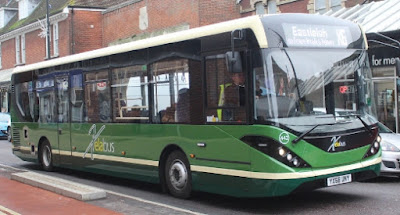 So much better than some schemes that you see around. 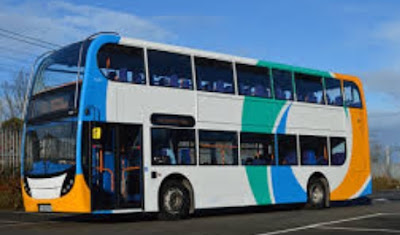