The special edition staff newsletter from First Hampshire was a celebration of ten years in the new Empress Road depot and HQ. 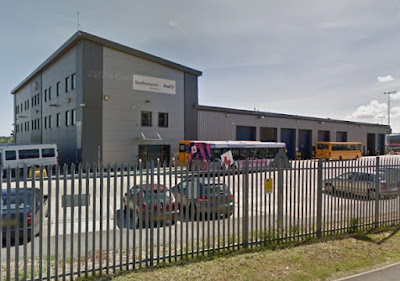 As would be expected, the main text of the on-line "publication" is penned by Marc Reddy, the boss. 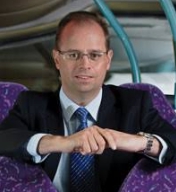 It only seems like yesterday when we moved the entire depot from the old site at Portswood to a purpose built, brand new depot in Empress Road – it took around 7 or 8 years to find a suitable location for our new depot and it was previously a site for a logistics operator in the area. The plan was to move the entire depot over the August Bank Holiday Weekend (this allowed us three days of reduced service levels). The move entailed moving all the buses, engineering equipment, office equipment, and also ensuring all our systems switched over seemingly, without interruption.

If my memory serves me correctly, the build of the new depot took around 18 months.

I recall driving buses the short distance out of Portswood to Empress Road on the Saturday evening, in readiness for the run out on Sunday morning from the new depot. 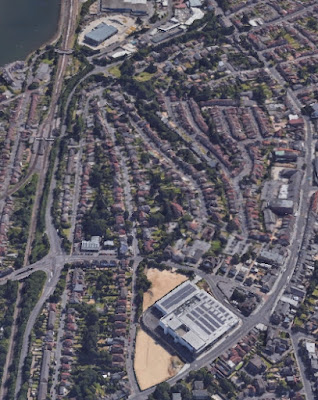 Everyone worked tirelessly to make it all happen.

Of course Portswood depot had been there for many years. Originally built under local authority ownership, the depot was a very large area (in fact too big for modern day needs) and very environmentally inefficient.

There were an array of tunnels underneath the depot.

Southampton Transport Trust has seventeen pages of photographs of the depot on its web site, each page with approx 24 pictures. That totals about 400 pictures, surely the most photographed bus depoit in the galaxy, if not the universe.

There are mysterious windows below ground level ... 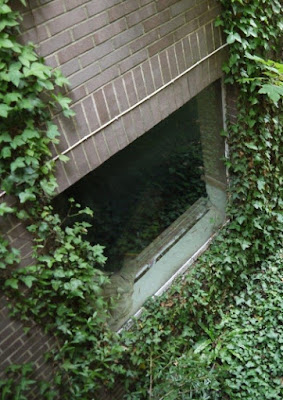 ... steps leading down to the Stygian darkness ... 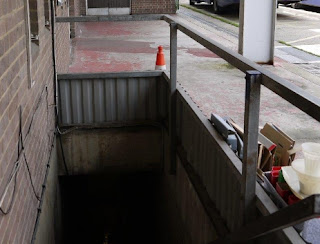 ... and the tunnels which boss Marc explored. 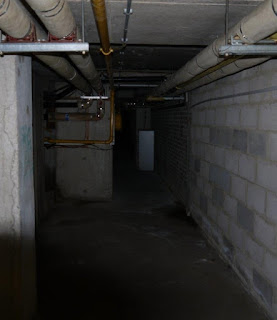 I remember adventuring around them and came across various items including festive lights which used to be attached to buses and trams at Christmas time. 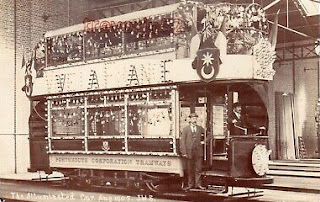 This old picture shows the Christmas lights and tram traks at Bargate. 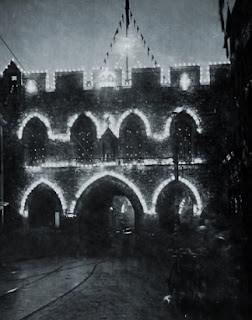 The tunnels also led to some strange places – I remember turning a corner, and then all of a sudden there was a small aperture where you could look through and this was in one of the engineering pits!

As part of the planning permission for the new depot, we had to install a “bird scare unit” as the depot is located on the flight path for Southampton Airport. Therefore you can regularly hear the squawking of birds of prey (from the bird scare unit) when in the depot, this is to frighten off birds which would otherwise sit or roost on the roof of the building and become a danger to aircraft!

So ten years on – some of our networks have changed as travel patterns have changed. Our fleet is far newer than it ever was when we were at Portswood depot, and we have moved into a near cashless society. We moved into Empress Road as FirstBus and now we have a strong, local, CityRed brand for our services. 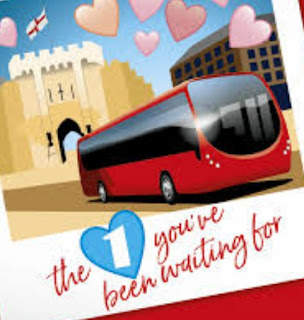 The newsletter has lots of pictures to fascinate - including the boss with balloons ... 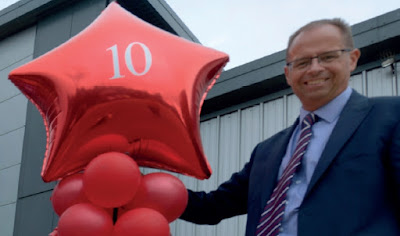 ... and a rather large birthday card. 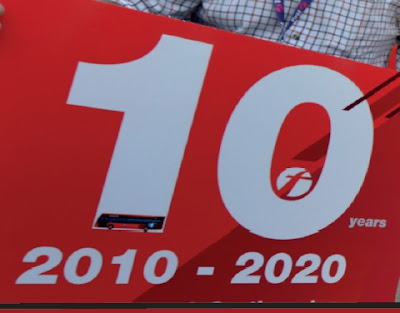 Two plaques remind the readers that Southampton Corporation spent some considerable sums on keeping their star depot up to date. Plaque 1 for 1979 and ... 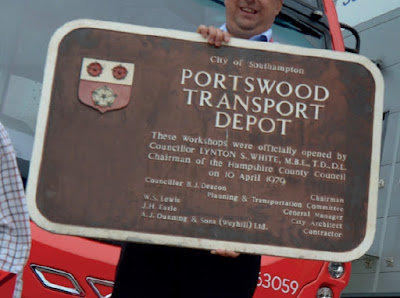 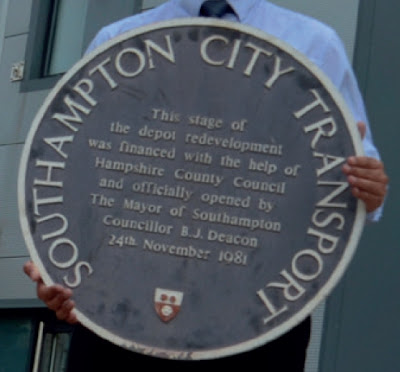 ... which records a contribution from Hampshire County Council.

Maybe amidst the sadness of the farewell ten years ago and the obliteration of all that history by a boring Sainsury's superstore, we can take delight from the fact that First Bus is still upgrading. The new depot is smaller (less buses!) but more efficient and with no mysterious tunnels!

There is a picture of the opening of the new ... 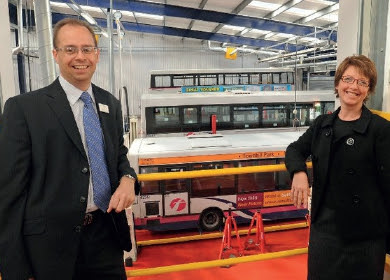 ... with Marc Reddy (again!) and the honoured guest, Traffic Commissioner Sarah Bell - nice to keep in with the important folk!

And a nice little plaque of formality near the front door. 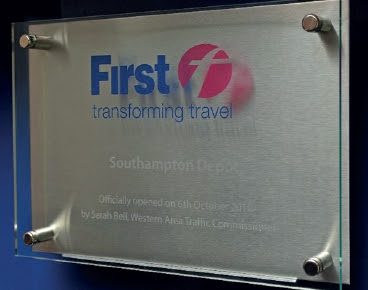 "Young" Fearnley could hardly be called "young" any more and retirement must beckon in the next year or so - another opportunity for big change?

And should we or shouldn't we get out of the UK rail operations, with hardly a bouncing business anywhere on the tracks?

So who will own and operate Empress Road at the end of those next ten years?

Hard to make a prediction.

Coming soon in these blogs, "fbb makes a ghastly mistake" and another contender for the 7Ps award. 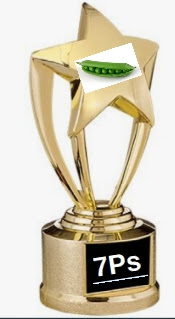