It is just about possible that our loyal reader has never heard of the village of Overstone; and even if he had, he might not be able to place it geographically. It lies just off the A43 which runs between Northampton and Kettering. 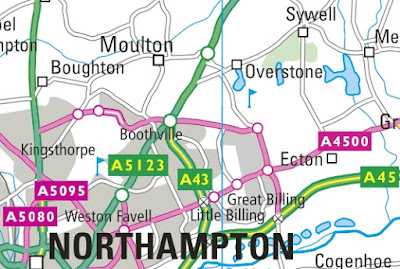 The village owes its very existence to the "big house", Overstone Hall .... 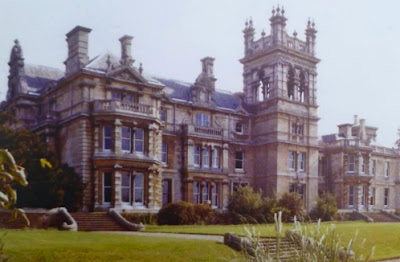 ... which from 1929 onwards was a very posh gells school - and here are those posh gells disporting themselves in their summer frocks on the greensward. 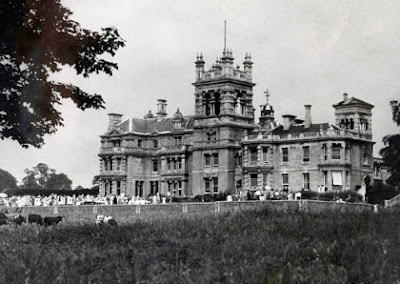 And here, the young ladies are shown dutifully studying in the library. 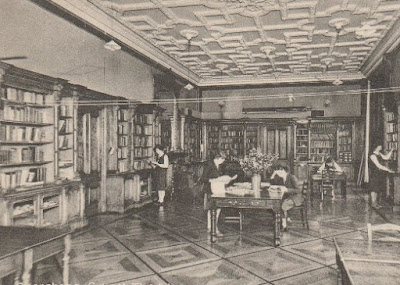 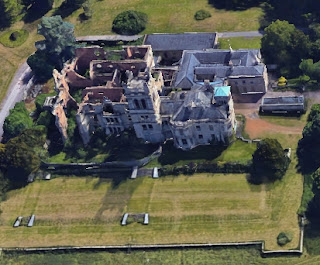 ... and thus this imposing pile stands, but only just, slowly rotting away, well aided by a touch of vandalism. There are proposals to rebuild, but Daventry Council (Mysteriously, Daventry stretches round Northampton and nearly to Kettering/Wellingborough), ever protective of its heritage, gave planning permission for the refurbishment and re-use of the hall but refused planning permission for the housing development that would have financed the recovery plan.

A  look at a 1930s map shows how the estate dominated the minimalist village. 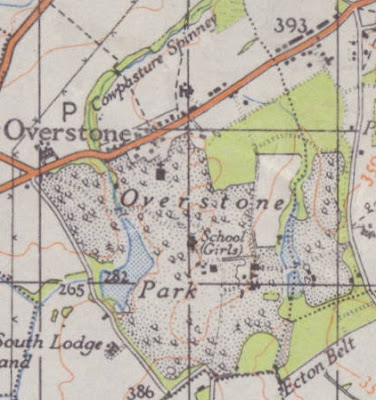 Moving forward to the present day, the village of Overstone has mainly developed along the Sywell Road (LIGHT BROWN above, YELLOW below). 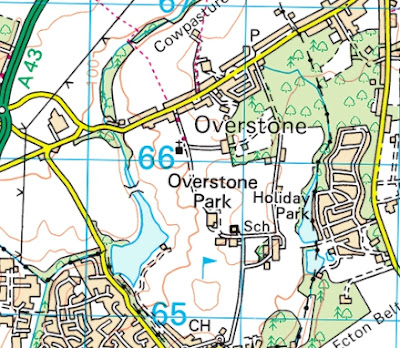 The "holiday park" (centre right) was known in fbb's childhood as Overstone Solarium, and offered caravans etc and a splendidly equipped swimming pool amongst other delights. 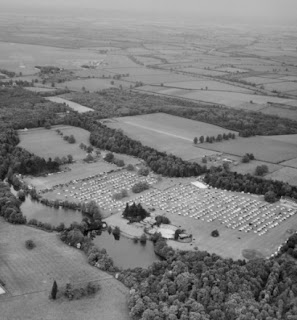 fbb was taken once by a chum and chum's mum to enjoy the swimming pool ... 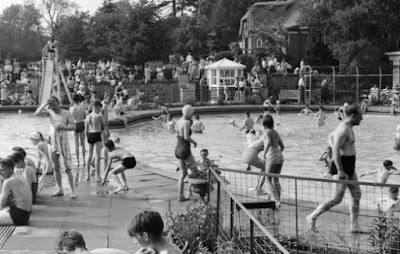 ... where your youthful author splashed round in the round shallow bit, eschewing slide and deeper water beyond. Now the whole area is packed with very unmobile mobile homes ... 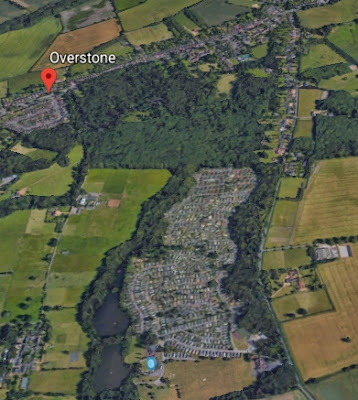 ... with a smaller pool on the site of the old. 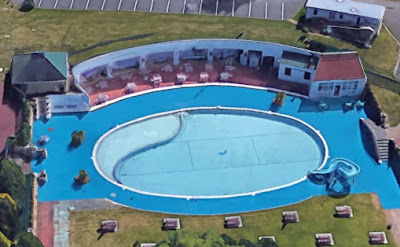 fbb thinks that the curved wall was once part of the original changing cubicles. The Solarium had no bus service except for a walk from the village, but it did offer, briefly, one somewhat incongruous piece of transport history. 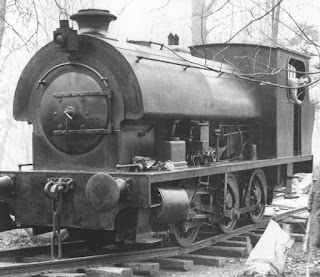 An industrial loco, named Cranford, was parked there and kept in good condition. 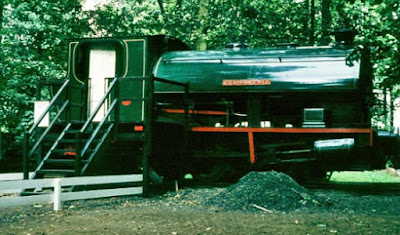 This locomotive was built in 1942 by W G Bagnall with 15inch cylinder as one of a batch of six engines.

It was specifically designed for ironstone quarrying duties in Northamptonshire and Oxfordshire as part of the wartime pressure to expand production. The design included full mechanical lubrication systems and a pivoted crosshead arrangement to allow for the sharp corners often associated with the quarries and otherwise a limit on working six coupled locomotives.

Following a brief period at Overstone Solarium in Northampton in 1970 the locomotive moved to Steam Town at Carnforth then the Embsay and Bolton Abbey Steam Railway. In 2006 the owner sold the locomotive and it moved to Rocks by Rail (The Living Ironstone Museum) at Cottesmore in Rutland. 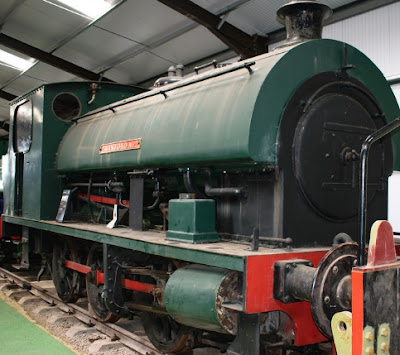 But back to the village.

One of the long straight driveways to the "big house" is still there ... 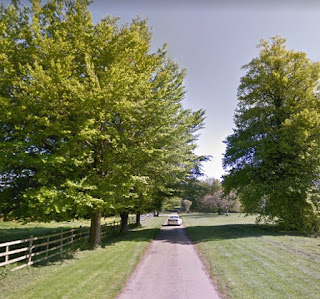 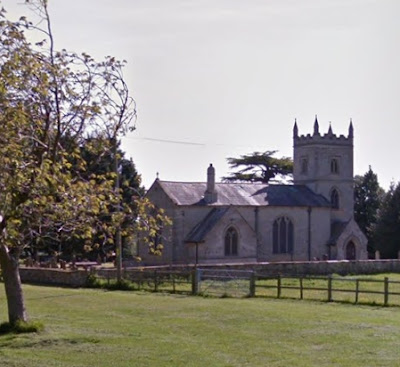 ... which was located more to salve the consciences of the hall's socially elevated owners and occupiers than making the Faith accessible for the snivelling minions from the village. The rest of the drive is now locked and barred. 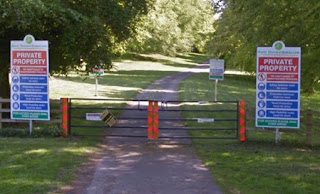 Near the village end of the drive we meet Overstone's bus stops, the most lavishly appointed (?) is that for travel in the Northampton direction. 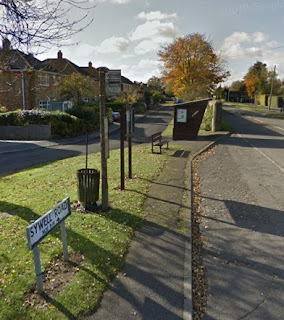 What might we expect to call there? Stagecoach's map-less presentation of its current provision is not entirely helpful. There are threw journeys on Service 10 ... 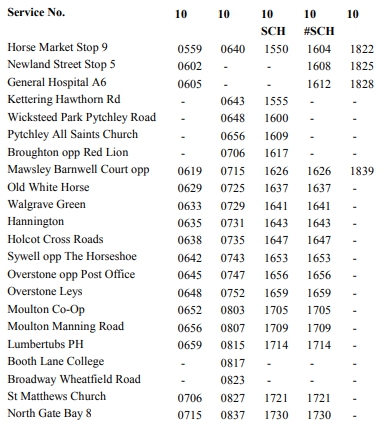 ... running between "Horse Market" and "North Gate". If you are en ex local like fbb, you might know that Horse Market is in Kettering ... 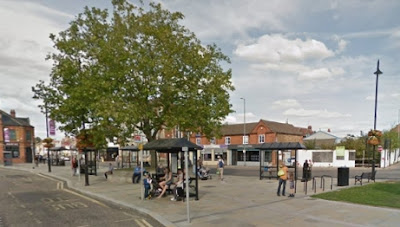 ... a sort-of replacement for the town's much loved and much missed "proper" bus station.

North Gate, you will have guessed, is Northampton's farcical and totally inadequate bus station. So it would appear that poor Overstone has just three journeys into Northampton, Monday to Saturday.

But you are forgetting the X10, which runs direct along the A43 - well, direct after with an indirect little trundle round the estates of Northampton (PINK line) ... 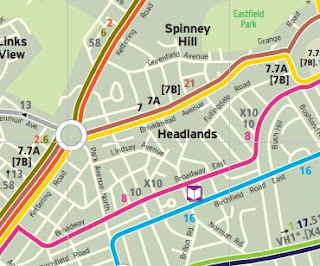 ... and the village of Moulton.

To add to the passengers' fun Moulton gets a 7B (YELLOW line) on Sundays - oh what fun! 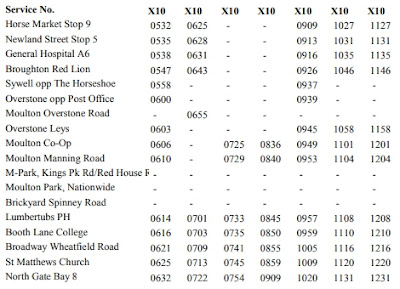 Confused.com? Clever that the Overstone and Sywell journeys are on two separate tables? A bit of better service numbering is needed. fbb wonders if many passengers are confused by the 0625 from Kettering which calls, appealingly at Moulton Overstone Road a 0655. 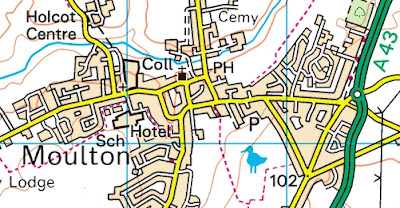 ... as helpfully expounded by Google maps. 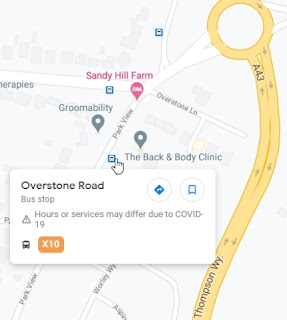 If you miss it you will have a pleasant 24 hours to wait for the next one - or 72 hours if you miss it on a Friday! 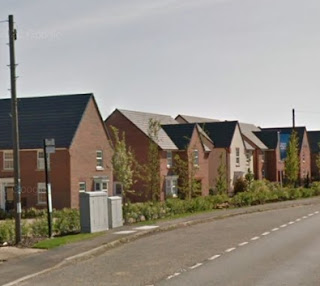 But it does have a lovely layby!

There may well be a good reason why this trip avoids the Moulton diversion, good for Stagecoach but not good for the potential passenger. It's the good old over-used "for operational reasons" cop out again.

Passengers for Overstone can, of course, alight from or board the X10 at this junction; it is just about one mile to the village.

Bearing in mind, then, Overstone's less that frequent bus service, it came as some surprise to fbb to discover that Stagecoach would now be running to Overstone every ten minutes.

Tune in to tomorrow's blog to find out how and why.

Next Overstone blog (plus other stuff) : Saturday 19th Sept
Posted by fatbusbloke at 02:00