Buses from Manchester to Glossop did, historically extend beyond the centre. One route went to old Glossop ... 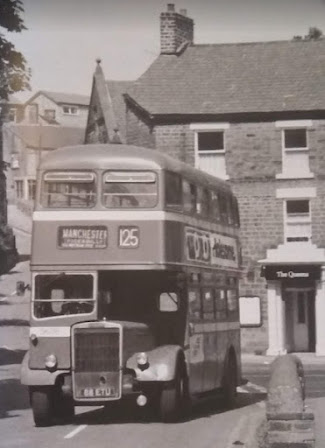 ... where it reversed under the guidance of the conductor and his whistle. Today the view is little changed ... 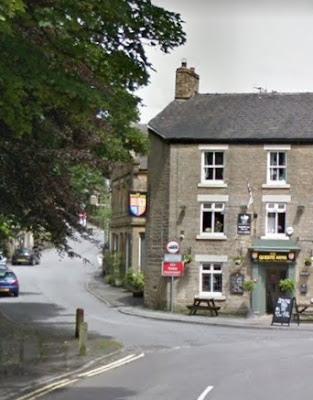 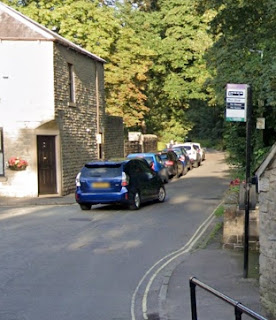 ... is a bus stop. But we don't want to give you that - oh. no, dear reader. With the advent of one man operation, conductor-less and whistle-less reversing were considered less than "safe", so buses proceeded along Shepley Street, past the Meadow Mills, somewhat changed from Old Glossop's heritage ... 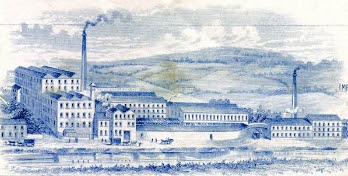 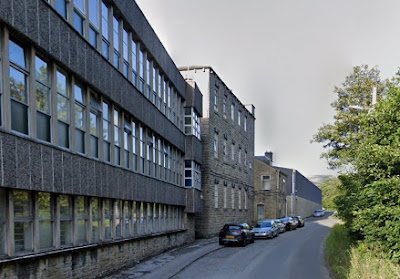 ... to a delightful turning circle almost in open country. 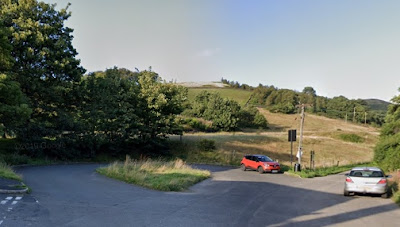 But bus stop is there none. Buses now come down Hope Street, stop at the stop and turn right into Shepley Street to reach the ever welcoming Arms of the Queen. 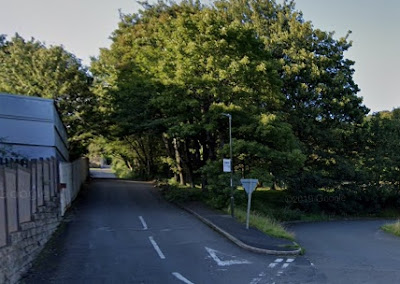 Old Glossop lost its bus through to Manchester long ago. Its replacement, the 390 serves Old Glossop with a loop. 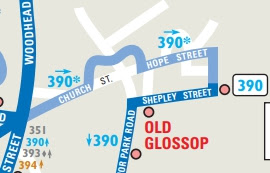 Despite the asterisks and the mixture of light and dark blue on Derbyshire's out of date map. All the 390s loop at Old Glossop ... 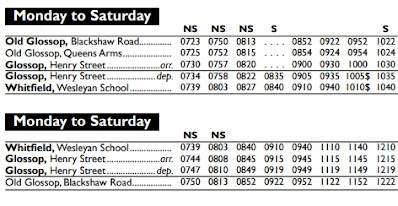 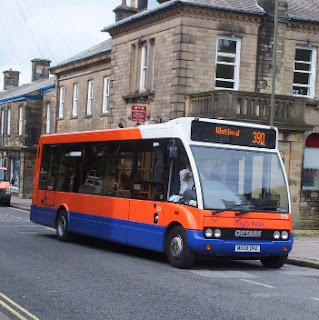 High Peak are equally guilty on their own table, slavishly copied by Derbyshire. 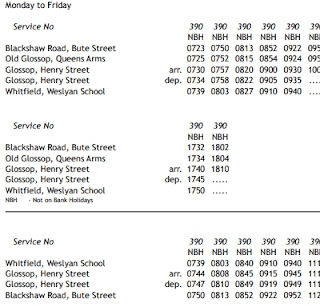 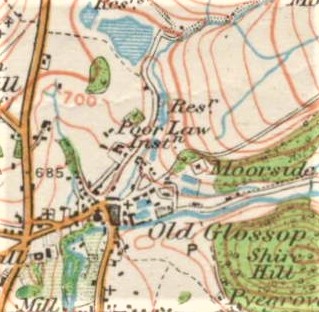 As the industrial revolution spread through the other Glossopdale villages, the "new" Glossop grew and became and important community. The original spread a little further to serve Meadow Mills, but the main residential and commercial growth was with its supplanter! Eventually the upstart added "Old" to its progenitor's name and Old Glossop sank into near obscurity. 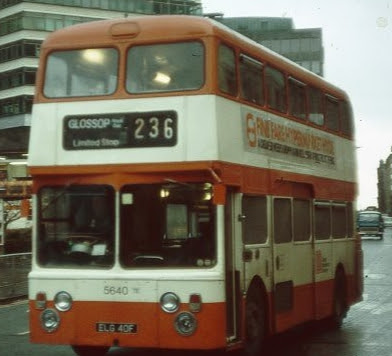 The other destination for Manchester buses beyond Glossop centre was "The Royal Oak" a pub on the A57 just before the road climbs up to the Snake Pass. 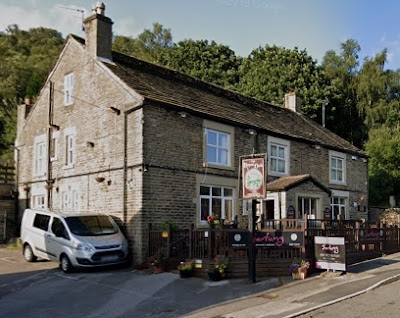 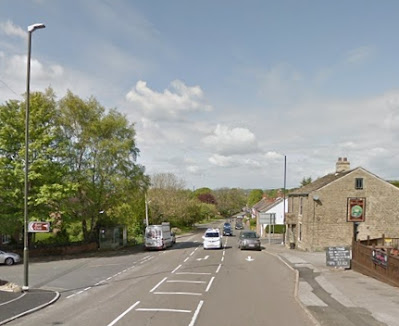 ... left in the Streetview view above. Here is a Stagecoach bus of old waiting to return city-wards ... 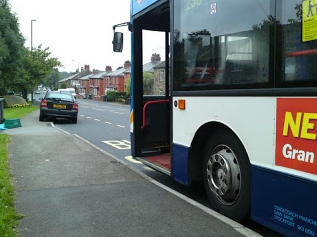 ... parked where white van is resting in the picture above. Maybe an aerial view will help. 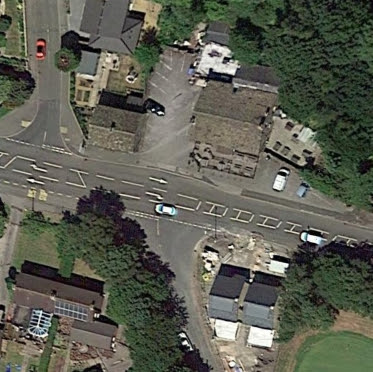 Also c/o Streetview is a "hwat happens now" illustration. Local bus route No 393 is all that is on offer at the Royal Oak and it turns via a little know of "social" housing just off the main road. 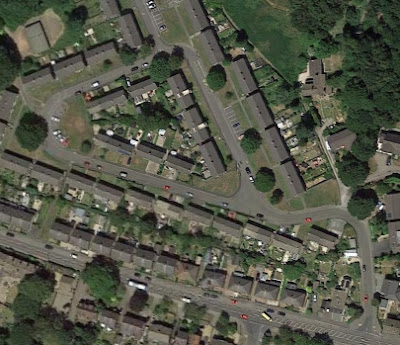 Queens Drive has thus ousted the traditional Royal Oak terminus. The route is operated, once again, by High Peak ... 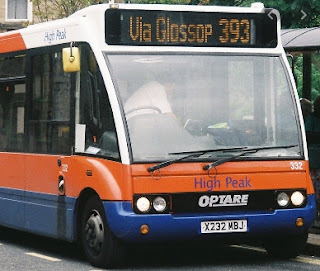 ... as 393, linking Hadfield, Padfiield, Glossop and Shirebrook Park, soon to be joined at the latter by Hulleys X56. The printed timetable doesn't really do justice to the services travel opportunities ... 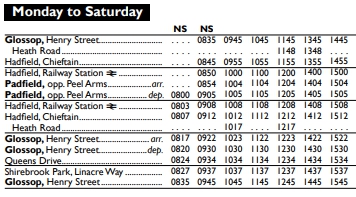 ... as you really need Queens Drive and Shirebrook Park repeated at the top of the table. Maybe nobody travels from Shirebrook Park to the 1930s comedy duo of Hadfield and Padfield (a song, a dance and flags of all nations).
Once again, all this interest provoke by just one chapter in the Long Reach Book.
And fbb has not begun to revise and extend his knowledge of the Manchester ... 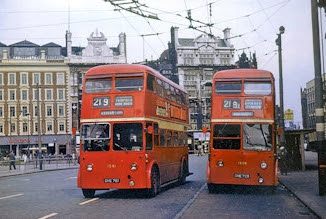 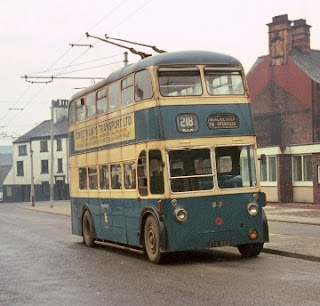 But that, as they say, is another story. 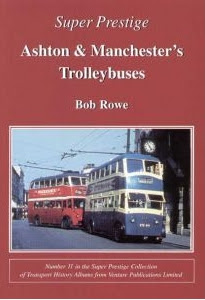 And a reminder that "the Long Reach" is available from Manchester Transport Museum reduced from £17 to £14 AND with free postage. 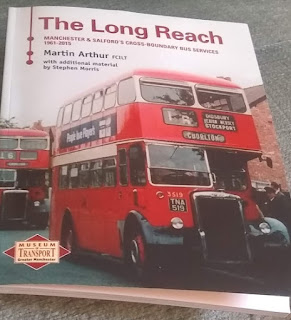 The fbb's visit to meet up with friends was a very pleasant time. The grounds are beautiful ... 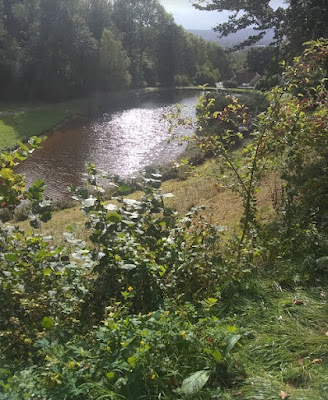 ... if a little frayed at the edges under the present unprecedented circumstances. The French Marigolds were gorgeous ... 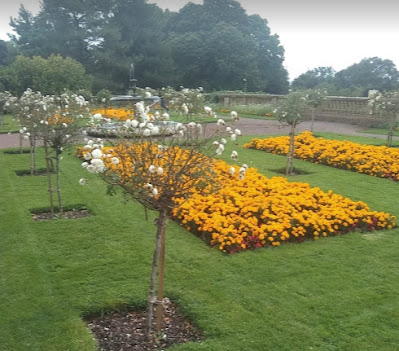 ... as was the Lutyens designed orangery (now without oranges). 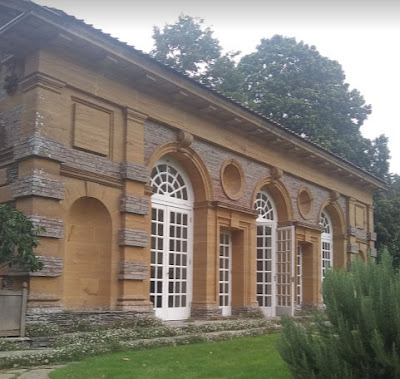 The fbbs and chums had planned to take luncheon in the Column Room Restaurant ... 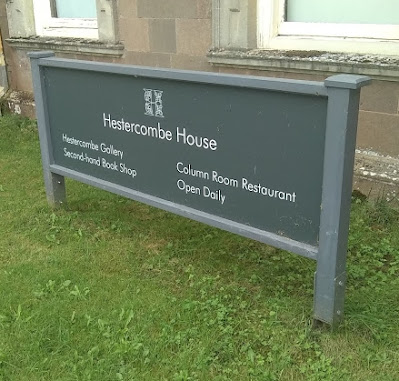 ... open daily - only it was closed and, moan number one, this deficiency was not mentioned anywhere and only became apparent when the gang arrived at the doorway of the big house to repair to the said Column Room. 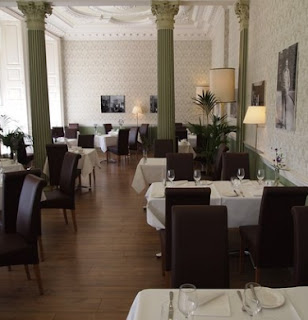 A nosh therein would have been very tasteful - instead it was a chilly "light meal" in the semi open air at the caff. 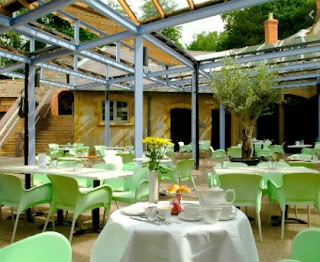