Many times fbb has complained about the complexity and confusion-generatiing capabilities of our present-day timetable planners. But it was always thus. The very rural services that left Sheffield via the A57 were historically and ludicrously complicated right up to relatively recent times.

Route numbers 39, 44, 47 and 49 all trundled out of Sheffield via Crosspool to where the Ladybower Reservoir now is but then wasn't.

In 1927 Sheffield Transport bought out Hancocks and with the purchase came an occasional service to the village of Ashopton; numbered 49. 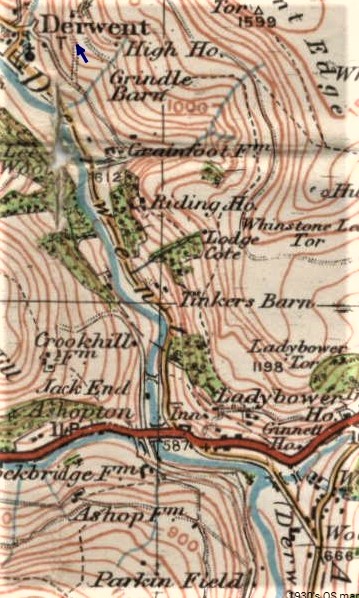 Ashopton is lower left on the "ORANGE" A57.

In 1930 a brand new weekend Summer-only service began from Sheffield to Manchester across the Snake Pass and numbered 39. This service was joint with North Western ... 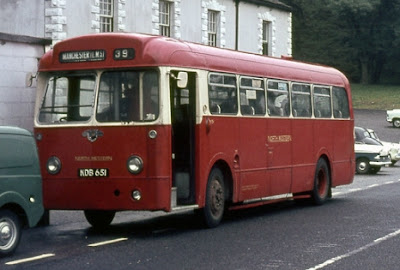 ... and remained so until withdrawal. 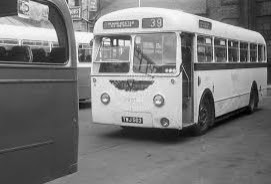 In 1932 a Winter service was introduced (as 39, Sheffield Transport only) to Snake Inn.

In 1935 journeys on service 49 were extended northbound up the Derwent Valley to the village of Derwent (BLUE arrow) and numbered 47.

In 1938 certain 49 journeys were extended from Ashopton southbound to Bamford and numbered 44.


In 1943 the Ladybower Dam opened which had caused the total obliteration of Ashopton and Derwent Villages. 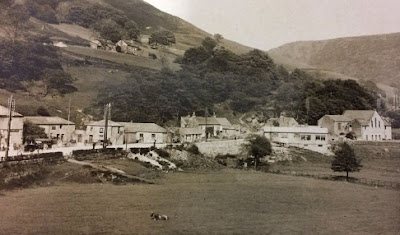 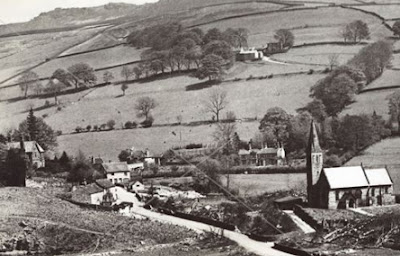 Service 47 still ran to "Derwent" which was no longer there. 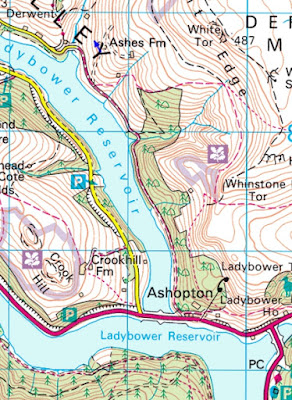 The route took buses along a new road to the west of the water to a terminus at Fairholmes Plantation ... 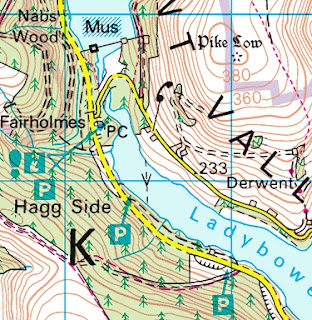 ... in the looming shadow of Derwent dam wall.

Over the years, this has become a major tourist attraction for walkers and wildlife watchers!  With the inundation of Ashopton, route number 49 disappeared.

In 1951 some service 44 journeys (to Bamford, remember) were extended to Bakewell

In 1959 some service 47 (Derwent) trips was incorporated into diverted service 39 (Snake) journeys.

In 1967 the summer service across the snake to Manchester (service 39) was withdrawn finally - except it came back for the summer of 1968 but, as Sheffielders would say, "never n' moo-er"!

In 1973 the whole caboodle was thrown up in the air and hit with a baseball bat (and reduced!), all numbered 44.

In 1974 the whole caboodle was renumbered 244 under the PTE county-wide scheme.

Under the PTE there was a brief period of double deckers across the Snake Pass to Glossop ... 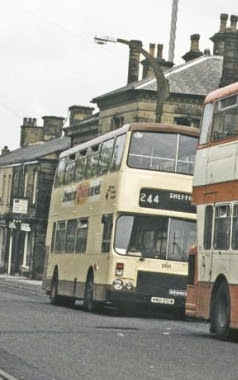 ... being buses to Snake Inn extended.

The present service still shows the remnants of the complex history of buses via the A57, but with not even a summer journey to Snake Inn. 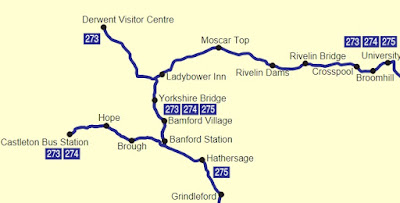 Turning a bus round there might be tricky with today's traffic! 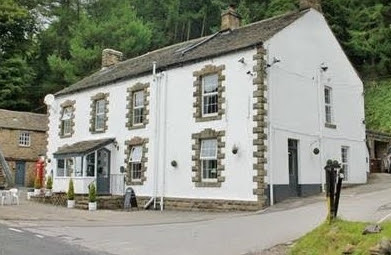 The first road between Glossop and Ashopton was the Doctor's Gate, that follows the Shelf Brook between Shelf Moor and Coldharbour Moor. It is marked on some maps as a Roman Road, though this is disputed. 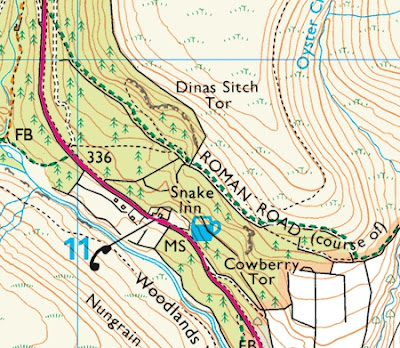 The route is now popular with walkers and mountain bikers. In 1932, an Iron Age axe thought to be more than 2,000 years old was found near the site of this road.

Here is the "Roman Road" from Ashopton where it joins the A57 (map above top left) just beyond the Inn. 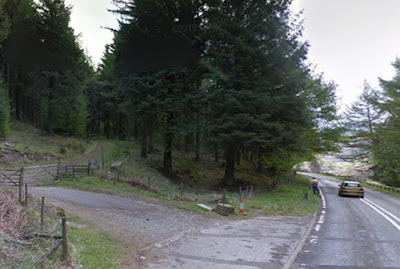 ... and below is the start of the "Shelf Moor" section leading down to Glossop. 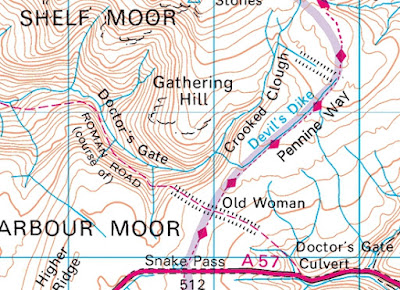 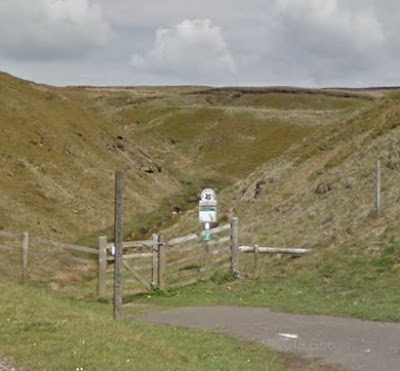 It seems likely that fbb would stick to Mr Telford's alignment and some kind of motorised transport were he to desire to explore the road more fully.

The present road, built by Thomas Telford. was originally called the Sheffield to Glossop Turnpike and run by a turnpike trust. An act of parliament to build the road was passed in 1818, and construction was financed by the Duke of Norfolk and the Duke of Devonshire. The road opened in 1821 Upon opening, it was the highest turnpike road in England. Tolls were abolished on the road in June 1870.

Presumably the Snake Inn was built as a refreshement stop at much the same time as the road. 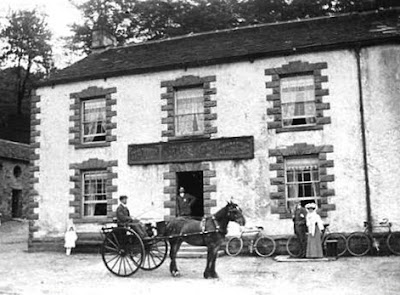 Some authorities suggest that the road was named after the inn, but surely the inn was named/nicknamed "snake" after the squiggly wiggly nature of the road. 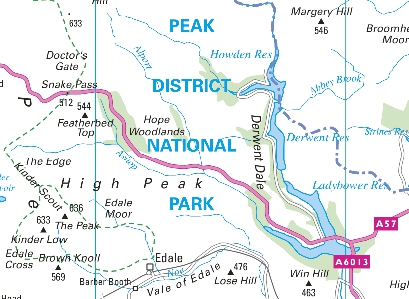 Whatever, the inn  was later (re)renamed after the road! 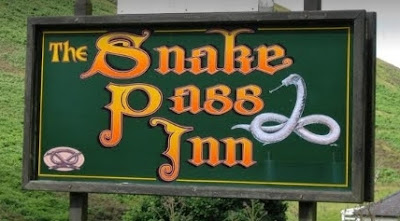 The Inn is currently closed and fbb is not sure whether that is Covid Closed or Completely Closed, but it was the Snake's snake that became the inspiration for Hulley's Facebook "tease". 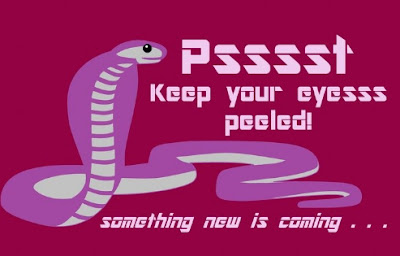 Now here is the "Courageous"!

Hulleys are starting a bus service from Sheffield to Manchester via the Snake Pass every two hours, re-introducing an all year enhanced version of a summer-only route which has not run for 52 years!

Tomorrow we take a glance at Glossop and a butchers at Hulleys timetable.

And courageous again?
After preparing the model railway for the arrival of the Fearnley family on Saturday last, fbb has had a rush of blood to the brain and decided that it was about time he tidied things up and brought together bits of rolling stock scattered around fbb mansions.

This Herculean task began with some sorting out of the boxes.

This involved taking the first FOUR storage boxes (of eight - or is it nine?) ... 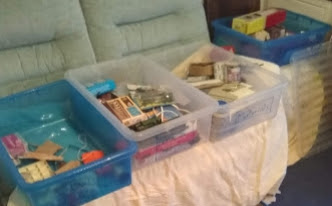 ... writing meaningful names on them such as "tools", "work in progress" and "materials" then rearranging the junk into different boxes of, well ...

... re-arranged junk! Progress will be slow! The next stage will be to empty the labelled boxes, add different labels and re-sort the junk - and so ad infinitum! 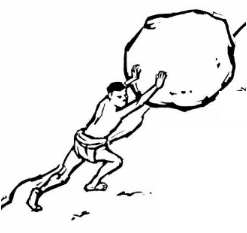 In the process, fbb has "discovered" five passenger coaches, one parcels van and two tank locomotives that have never been out of their boxes since acquisition between five and six years ago. And they all work!

There is, of course, insufficient room on the layout for all the stock to be sidinged - but it was ever thus as the dreaded Corvidae Pica Pica disease begins to take hold. There is no cure!

Next Courageous blog : Wednesday 16th September
Posted by fatbusbloke at 02:00