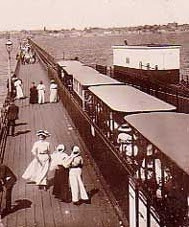 When the West Coast main line was electrified via Northampton, the Midland Region of British Rail had some stunning seaside trip offers to encourage leisure travel. With the day return from Northampton to London Euston being twenty shillings and six pence (20/6), one was to Sarfend (Southend) for 21/-, an extra tanner, which included the cross London underground!

Thus a youthful fbb took a day trip to the famous Essex resort. A bus ride to the gorgeous delights of Canvey Island is well remembered on a Corporations double decker  ... 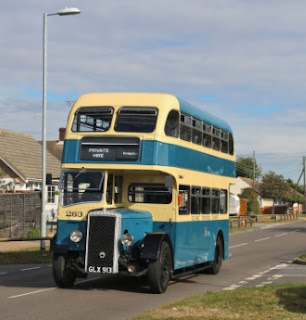 ... which  (memory failure possible) might have been a Massey bodied something.

But one thing had to be done. A walk down the pier and a ride on the train back.

The pier was designed by James Brunlees, who had built the first iron pier at Southport, Lancashire, in 1860. Work began in early 1887 and the new pier was opened to the public that summer, though it wasn't completed until 1889 at a cost of almost £70,000. It was an immediate success, so much so that demand outstripped the capabilities of the pier and a further extension was proposed. This extension was completed in November 1897 and formally opened the following January.

The pier (1.34 miles long) famously featured in the closing credits of the later series of Minder. 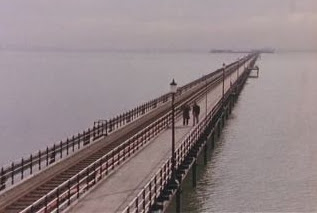 Arthur and Minder Ray walk from pier head to town, at which point Arthur remembers he has forgotten something and they turn and ruefully set off back! 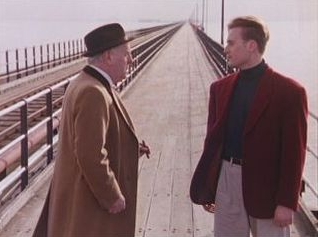 fbb and Northammpton correspondent-to-be Alan travelled on a train like this ... 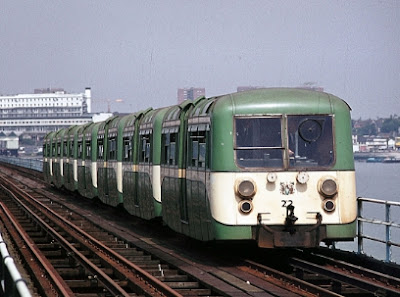 ... later replaced by these. 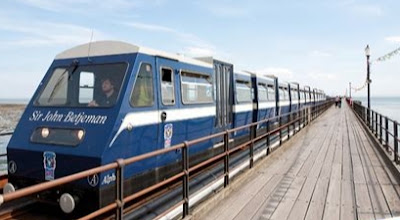 A more recent development was the purchase pf a single car (battery operated) for use in the winter. 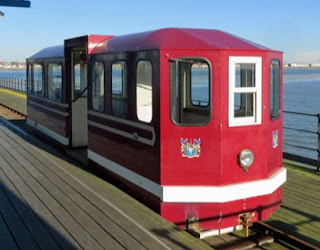 Thanks to Roy (from Sheffield) we can reveal that the Corporation is proposing some improvements. 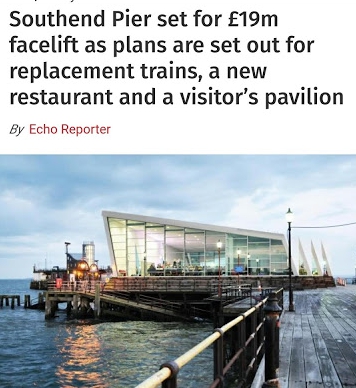 New trains are part of the plans. 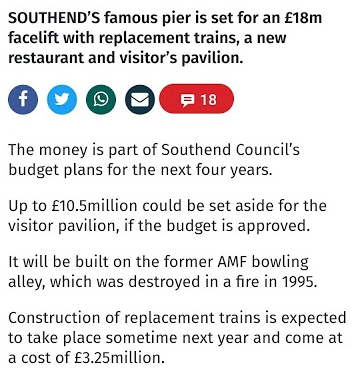 Perhaps a follow-on from the new Glasgow Underground trains? 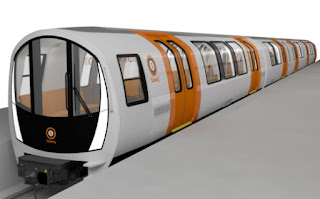 Successful Demand Responsive?
A twit from GoAhead boss Martijn Gilbert gives food for thought. He reports on a ride on Arriva Click in Liverpool. 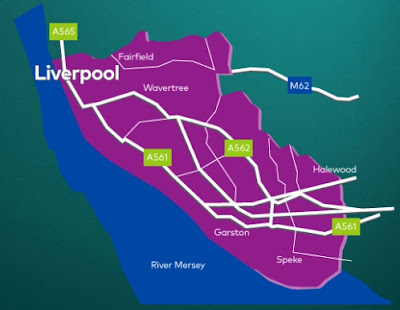 He is what he posted. 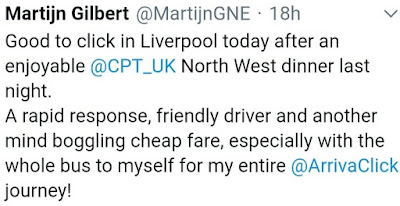 Good business plan, eh? Cheap fare and one passenger all the way? 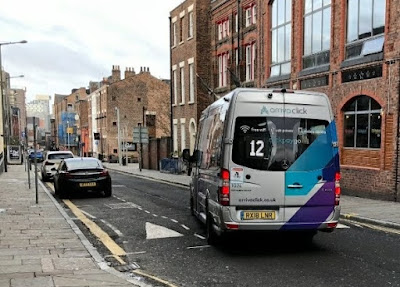 Any predictions on how long the service will survive?

Back to Bristol
While fbb was waiting at the foot of the approach road to Temple Meads station he was able to photograph and observe a variety of First Bus vehicles. One of the many Bristol brands is for services 1 and 2, previously suffering (?) from competition on the northern side of the city from Wessex. 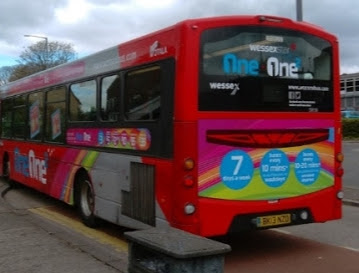 The One and, later, The One2, saw the company over-reach itself and a full withdrawal from Bristol followed soon afterwards,leaving First's two (and their one!) in happy supremacy on the roads to Cribbs Causeway. 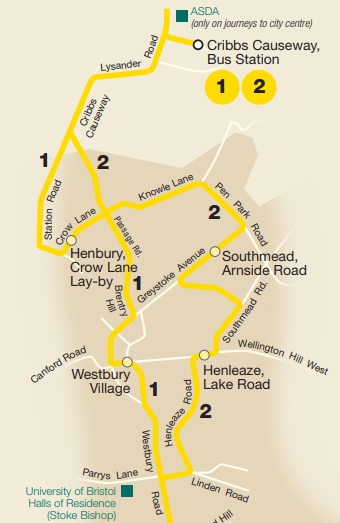 In the South the routes diverge completely ... 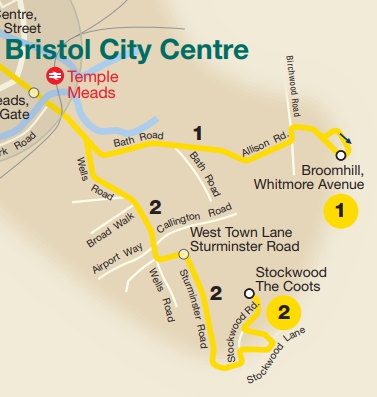 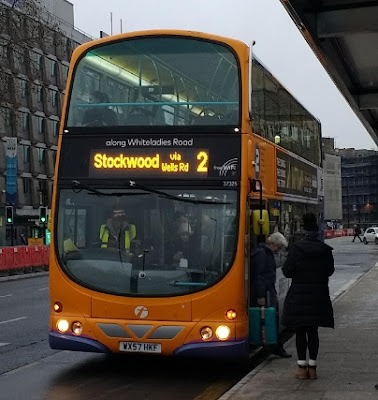 A recent model from the former Creative Master Northcord company ... 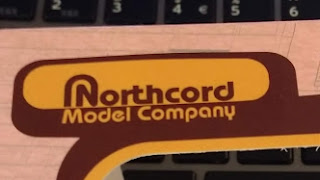 ... is a superb rendition of a Bristol service 1. 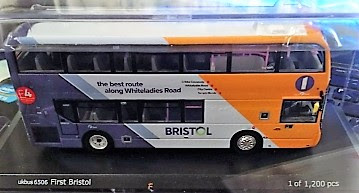 fbb was so impressed that he dare not remove it from its protective display cabinet! One thing is for certain, it will not be making any private hire runs to the Peterville Quarry Railway - it will stay inside for viewing purposes only.

Prices vary enormously on-line but the recommended retail tab is £55.99. Some retailers are offering £39.99.

fbb does not know how much his cost - it was a gift! But oodles of thanks to whoever actually footed the bill!

Notable National Express Numbers
This paragraph appeared in one of the on-line bus sales magazines (that's real buses, not models!) 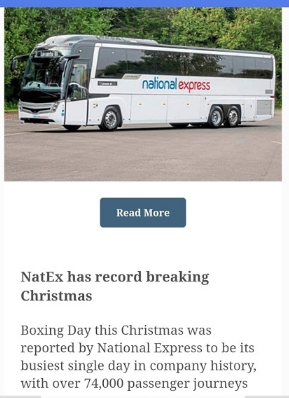 If NatEx do so well over the festive season, could the Rail Delivery Group tell us why their operators persistently refuse to deliver any rail on Boxing Day? Surely some reasonable level of service should be built in to ALL franchise contracts?

People do want to travel!


Next Weekend-and-a-bit Collection : Monday 21st January
Posted by fatbusbloke at 02:00